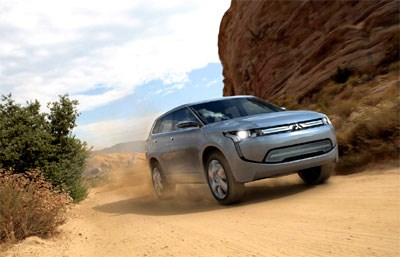 Mitsubishi's PX-MiEV concept at the coming Tokyo Show may be more significant than it first appears.

On the face of it, this is an upscale Outlander-base SUV designed to showcase the layout of Mitsubishi's new Plug-in hybrid system.


With the PX-MiEV, front and rear wheels are powered by two 60 kW permanent magnet synchronous motors. There's also a 1.6-litre MIVEC petrol engine which not only drives the front wheels but also severs as a generator.

It's a highly sophisticated switchable system that borrows i-MiEV electric car tech for the back wheels but uses a new parallel-type hybrid system for the fronts. It also delivers just 2 L/100 kms economy, Mitsubishi says.

Mitsubishi hopes to have it on the market by 2013 but the whisper inside Mitsubishi is that this Plug-in system could also be the base for the next Lancer Evo. Money is tight at Mitsubishi right now, with a lot of funds being directed towards the i-MiEV electric car programme.

Development work on the next Evo has effectively stalled, according to a source familiar with the programme, which explains why there has been no serious tweaking of the Evo X in Japan since its launch in 2007.

Instead, it is the Brits, with the outrageous FQ-series Lancer Evos that currently lead the Evo pack. But those cars, headed up the 403 bhp FT-400, are way outside of Mitsubishi's normal sphere of operation in Japan, and continue to have Evo engineers shaking their heads in wonder....

Back with the PX-MiEV, the concept also suggests the way a more premium, Outlander-base SUV could go.

It has only two rows of seats, a high grade interior and could conceivably be turned into a kind of Mitsubishi X5 rival, if management gives the green light. 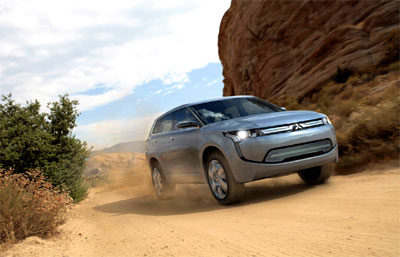 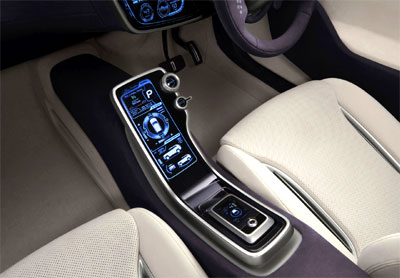