Most powerful Australian cars over the decades

These are the toughest Australian-made cars of their respective decades, from 1960 to the present day. From the HSV GTS to the Ford Falcon GTHO, we have it covered.

POWER! It’s what the true blue Aussie muscle car enthusiast needs to get going in the morning. For decades Australians have desired maximum grunt from their super sedans and sports coupes, and we’ve built some crackers.

The following is a list of the most powerful Aussie cars of each decade between 1960 and the present. No doubt the final, special HSVs will reset the high watermark that currently rests with the HSV GTS, but until then let’s take a look back at the equivalent performance heroes from generations gone by.

If there are any we’ve forgotten, let us know in the comments.

Perched high on the tree of almighty grunt is the current HSV Gen-F2 GTS (pictured top), launched in 2015. For the time being, its 430kW and 740Nm make it the most powerful car ever built in Australia. It’s unlikely to hold onto that mantle for too much longer – the final locally-sourced HSVs will eclipse it next year – but it should long be remembered for how brilliant it is as a whole, not only for the brute force of the LSA 6.2-litre supercharged V8. 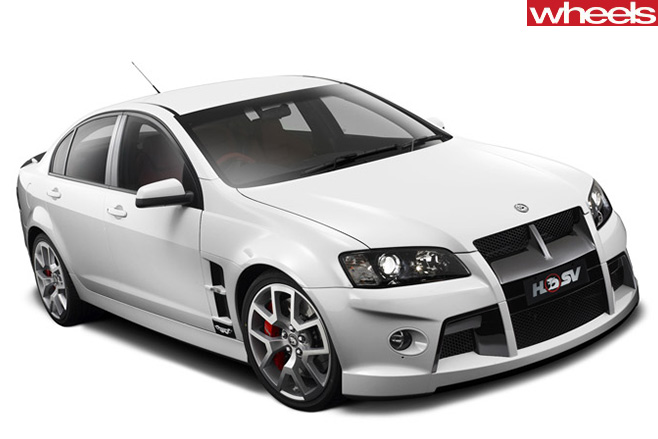 The W427 was an astonishingly bold move by HSV back in the noughties. It scaled the loftiest tiers of performance and, most notably, price. The HSV W427 remains the most expensive Australian made car of all time, ticketed at $155,500.

That fat stack of cash bought you 375kW and 640Nm from an LS7 7.0-litre naturally aspirated V8. The car featured a unique-to-HSV six-speed manual gearbox, and HSV intended to sell 200 of them, before the GFC struck and it only managed to shift 137 through its showrooms between 2008 and 2009. 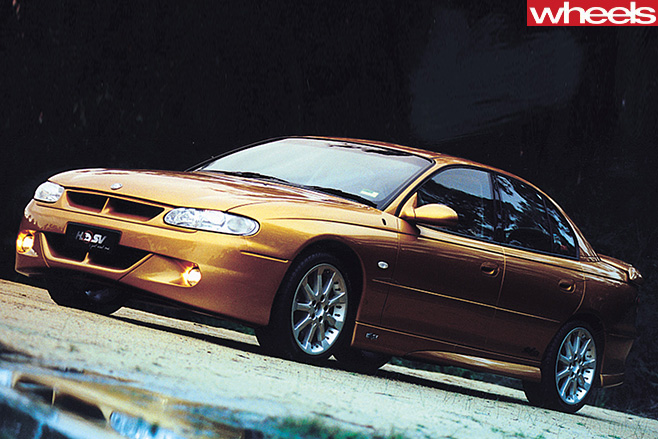 HSV’s VT Series 2 line-up scrapes in to the 1990s by a matter of months. The second iteration of the VT introduced the GM-sourced LS1 5.7-litre V8 engine, also known as the Gen III. The now infamous powerplant added outputs of 250kW and 473Nm to the HSV Clubsport, Senator and R8 models, as well as the HSV WH Grange. If it weren’t for the LS1’s late appearance, another landmark Aussie performance car would top the 90s – the 215kW HSV VS GTS-R. 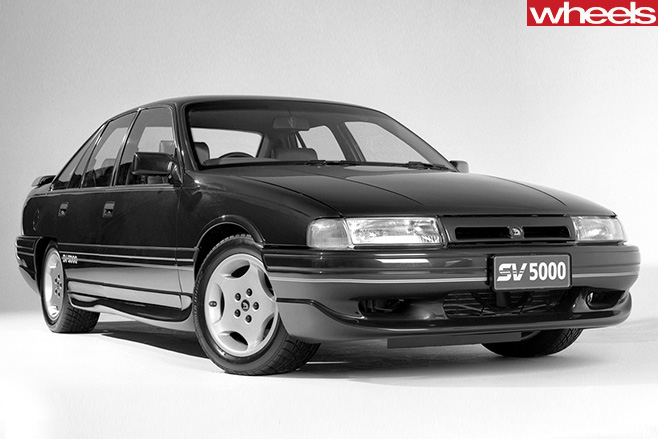 Like the VT2 above, the HSV SV5000 arrived at the very end of its decade to set a new standard for power. Things had gone backwards a bit following the supercar scare of the 1970s. The SV5000 was the first time since then that an Australian car had cracked the 200kW mark. Importantly, this was done following the DIN testing standard, still used today.

Prior to that, power figures were recorded according to SAE measurements, which involved testing engines with no ancillaries, open exhausts and no air filters. The SV5000 is significant to this list, because its 5.0-litre V8 is the last all-Australian engine to reach the top of the pops before engines sourced from the United States came back to the fore. 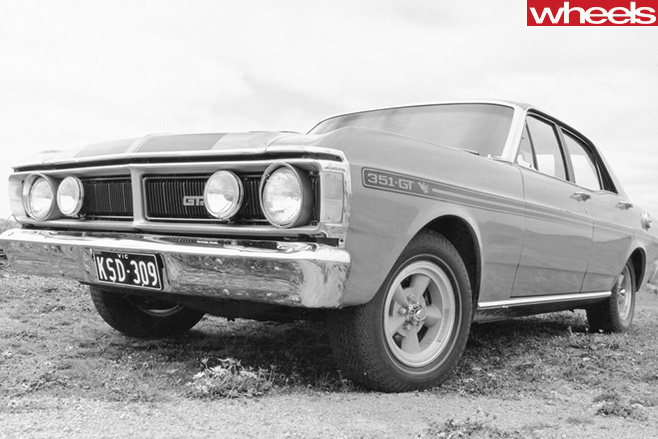 No surprises here. The Ford XY Falcon GT-HO Phase III may be the first Ford to make the list, but it is probably the most widely recognised Aussie muscle car full stop. There’s some mystery around how much power the Phase III actually had, as Ford claimed it to be the same as the regular GT – 224kw (300hp) – but it is generally accepted that it made quite a lot more than that. Somewhere around 284kW (380hp) is more likely. It’s a legend.

If we’re to go strictly by the books, then the XY Falcon GTs would tie with other cars making 300hp in the 1970s, including the Chrysler VH Charger E49 and the Holden HG Monaro GTS 350. 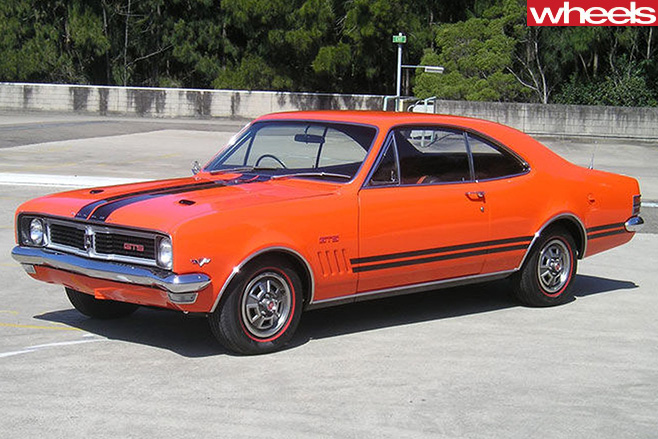 The original Monaro shape, arguably the prettiest and most desirable, never went faster than it did in HT GTS 350 form. It arrived late in the decade, taking over from the HK GTS that had won Bathurst in 1968, and replacing that car’s 5.3-litre V8 with a 5.7-litre (350ci) V8 from Chevrolet producing 224kW and 515Nm. Only the GTS 350s fitted with a manual transmission had the fully-fledged engine. Powerglide automatic cars produced a relatively meagre 205kW. The HT GTS 350 was the car to take Colin Bond to his only Bathurst victory.