Opinion: Electric cars, I was wrong

Time to come clean: I’ve been wrong about a couple of things lately. Yeah, yeah, I know. But don’t you want to hear what things?

Okay, so the first one was an argument Cockburn and I have been having for about a decade. I’ve been trying to convince him hydrogen fuel-cell technology is the way forward, while he’s been championing the cause of the skateboard-construction battery-powered electric car as the wheels of the future. And much as it grieves me to say so, the old bugger was right all along.

I’m not going to rule out a future purple patch for fuel-cell technology, but having driven the Tesla Model S recently, I have to admit that the electric skateboard is probably where we are going. 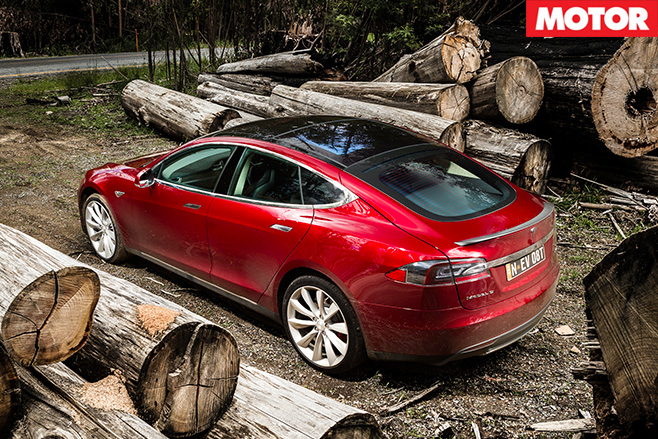 Damn, that Tesla’s a good thing. It rewrites the book on acceleration. No waiting for a turbo to spool up or revs to build and suddenly make the most of whatever camshaft is fitted. Nope, you floor the go-pedal from a standing start – or any speed you wish – and the headrest smacks you in the back of the scone. Forget Gs, this is Geez!

Meanwhile, you also get the many other advantages ol’ Cockburn has been banging on about. Stuff like the ability to put any body style on the platform – maybe even multiple bodies for one chassis. And the low centre of gravity and the mass centralisation and the yada, yada, yada.

The second thing I’ve been holding at the wrong end for years now is the theory that a Porsche 911 with a PDK transmission will never be a proper 911. If you took my previous stand at face value, then probably the worst thing that could happen to society was a GT3 without a clutch pedal. 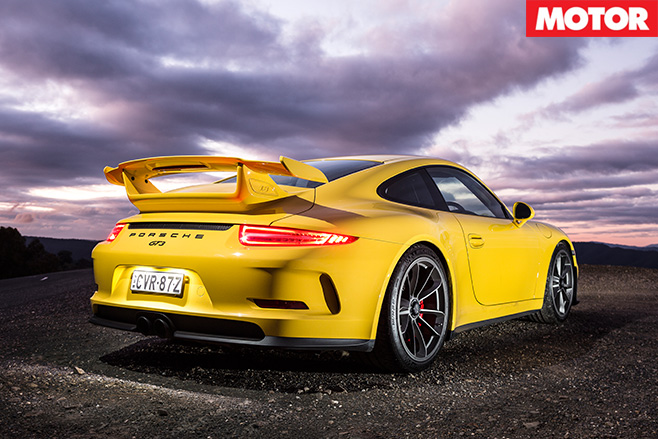 But, of course, that’s exactly what’s happened with the latest 991 version of the GT3. And, equally of course, I was wrong.

I still think the new GT3 is a bit on the beefy side, and a quick check of the specs reveals it is indeed wider and longer than the original Porsche 928 of 1977 and within 20kg of that behemoth’s 1450kg weighbridge ticket. But the argument that the seven-speed PDK is the wrong gearbox for the thing goes right out the window on your first lap of a race track.

This was brought home to me when one of the other hacks – who’d previously been on the receiving end of my anti-PDK rants – asked me, very tellingly, whether I had, at any point in my 30-odd laps of Queensland Raceway in the GT3, imagined the experience would have been improved by having a clutch pedal in the footwell?

More specifically, did I think the experience had been tarnished by the PDK transmission? The answer to both questions was the same: absolutely not. Bugger.

So there you go, two swings and two misses. This is probably why I don’t work in the future products department of a major car maker. Mind you, I probably should have seen it coming. As I’m sure Cockburn would be happy to point out to me, the electric car of the future won’t have a gearbox at all, let alone a clutch pedal.