There’s no chance that the iPhone is going to get any significant market share.

No chance. It doesn’t appeal to businesspeople, because it doesn’t have a keyboard.” That is Steve Ballmer, former CEO of Microsoft, just before the launch of Apple’s first generation iPhone back in 2007.

Back then, Ballmer was a recognised expert on smartphones – in 2007, Microsoft’s Windows Mobile was the most popular operating system for smartphones, running almost half of the world’s mobiles – and an expert on consumer trends; under his guidance, Microsoft’s annual sales tripled. If you wanted to know what to expect from the iPhone, he was the expert to ask. But, of course, he was wrong.

The new Northern Territory government has announced they’re scrapping the derestricted zone and bringing back the 130km/h speed limits. Not because the evidence shows it’s a good idea, but because that’s always been their policy. Why? Because that’s what their experts recommend.

But ask Steve Ballmer, maybe on his iPhone – it all depends on which experts you ask.
People, myself included, love to complain about a nanny state, except when they want government-subsidised child care, which actually is a state nanny. But it’s right and proper that politicians rely on experts – that’s what they should do – and the ones who don’t usually end up as a meme after humiliating themselves on TV.

It’s not like the experts are idiots. There probably are idiotic experts, like the guy who has the world record for smashing watermelons with his head (43 in one minute, fact fans), or the people who keep funding Adam Sandler movies. But as a rule, to be an expert in anything, you have to be pretty smart.

But for any given topic, you can keep shopping around ’til you find an expert that agrees with you. If you ask enough people, you can eventually find someone who will advise you to do what you were going to do anyway. 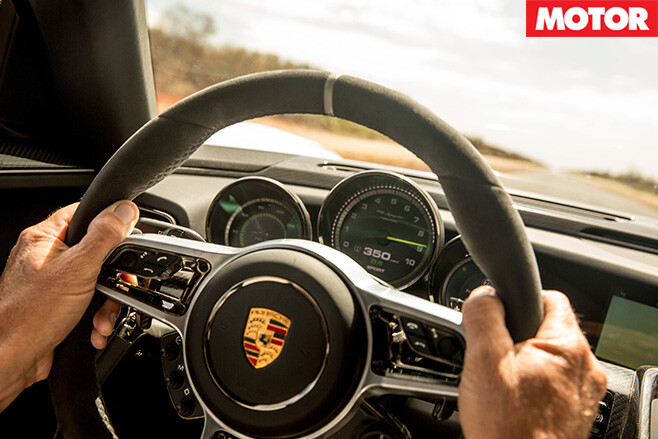 New Chief Minister Michael Gunner says he’s responding to advice from the Australian Medical Association. The AMA’s position is that the faster you drive, the more likely you’ll die if you have an accident. No debate here, they’re smart people who study the data.

But is the AMA qualified to say whether you’re more likely to ‘have’ an accident? Is that the AMA’s area of expertise? When it comes to car crashes, the AMA is like the cleaning crew after a wedding reception; they’re more qualified to talk about the clean-up than how to throw a party and you don’t plan a party around making it easier for the janitors.

In July, NT’s then-Chief Minister Adam Giles said: “Of the 11 crashes … during the year-long trial period on stretches of the Stuart Highway, there were no fatalities. And of the one serious injury reported, alcohol and not wearing a seatbelt were factors.” Well, yeah – this is the Northern Territory we’re talking about here. Eleven crashes in 12 months. None fatal.

Another fact for the experts: more people died in car crashes in the Northern Territory in the six years after open limits were first abolished in 2006, than in the six years prior: 307 to 292.

The great thing about getting an expert to tell you to lower the speed limit is that you don’t have to listen to the other expert telling you to spend money fixing the roads.

The NT’s road maintenance budget is stretched tighter than Clive Palmer’s bike shorts, mostly diverted towards sealing dirt roads at the eye-watering cost of $1 million per kilometre – I’m not making that number up – and lowering the speed limit is a get-out-of-jail-free card to avoid upgrading the existing bitumen.

You just need to ask the right experts.