Roger Moore, the Bond with the corkscrew car

Actor Roger Moore died overnight after a short fight with cancer. Here’s his most memorable car moment in a Bond move

He famously portrayed the British spy in seven of the franchise’s movies, introducing a dapper and witty edge that built on the role left by his protege, Scottish actor Sean Connery.

Like those before him, Moore’s take on Bond was known for rotating through a range of automotive exotica; an underwater Lotus Esprit, a Ford Thunderbird, and even a Citroen 2CV spring to mind.

But it’s one rotation in particular – performed by a stunt double rather than Moore himself – that will live on in history: the full 360-degree corkscrew jump performed in an American Motors Corporation Hornet in 1974’s The Man with the Golden Gun.

The movie jump – with Bond behind the Hornet’s wheel and Sheriff JW Pepper of the Louisiana State Police riding shotgun as they chase down assassin Francisco Scaramanga’s flying AMC Matador – was based on one developed for a car stunt show that did the rounds of the US in the early 1970s.

Adapted for the film, the leap across the canal was believed to have been performed in one take, using anywhere between six and eight cameras depending on who’s account of the feat you read.

It’s also widely believed to be the first jump to have been based on a computer simulation. Unfortunately, though, the slow-motion footage of the feat was accompanied in the film by a sliding whistle that makes light of what the stunt achieved – a move that the film’s music director, John Barry, admitted he later regretted doing.

There’s also some Aussie history on show; during the chase scene in the lead-up to the jump, the fruit of our burgeoning export program is visible via a Holden LC Torana that appears in a couple of the scenes, and a Holden HG Kingswood that appears in three.

AMC-badged cars featured prominently throughout the film, but unfortunately the brand faded into obscurity a little more than a decade later, mired in debt after US car-buying tastes swung to increasingly larger vehicles. 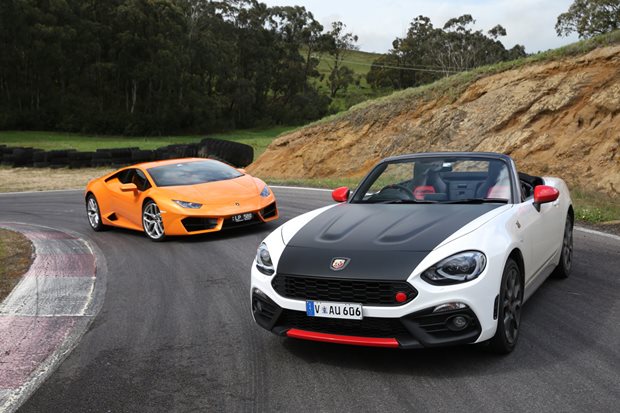