Ruf – 55 years of fast from Pfaffenhausen

The world’s greatest Porsche engineers crank up the ‘Faszination’

Like most good things, Ruf’s association with Porsche began by chance.

In 1963, mechanic Alois Ruf had designed and built a tour bus, which he took on a promo tour of Germany. He was overtaken by an enthusiastically-driven Porsche 356 which promptly lost control and speared into a ditch. Ruf took the shaken driver to hospital and offered to take care of the car.

A week later, he bought the battered car and, having had some experience working on Porsches in his garage in Pfaffenhausen, brought it back to as-new condition. 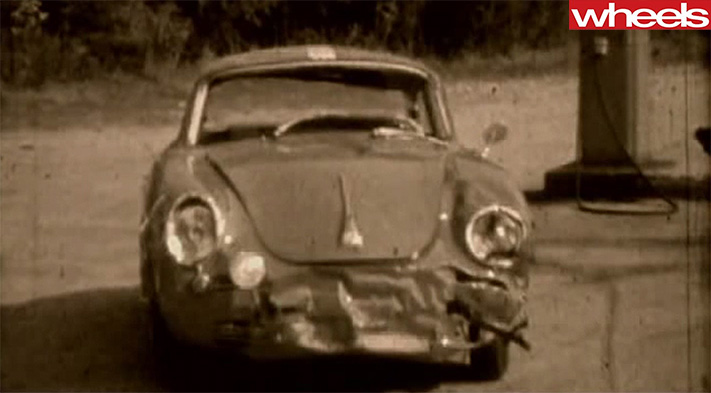 Ruf drove the car for a year, falling in love with it along the way, until he drove it along Leopoldstrasse in Munich, whereupon a stranger tapped on the window and said he loved the car so much that he wanted to buy it on the spot. Ruf pulled up outside a café and a deal was done leaving Ruf and his teenage son, Alois Jr, were left standing on the pavement with pockets stuffed with cash, having sold the car for far more than they ever spent acquiring and fixing it.

The business case materialised right there.

Through the Sixties, Ruf developed a local reputation as a business that could take on any Porsche project, be it body, engine or suspension upgrades. 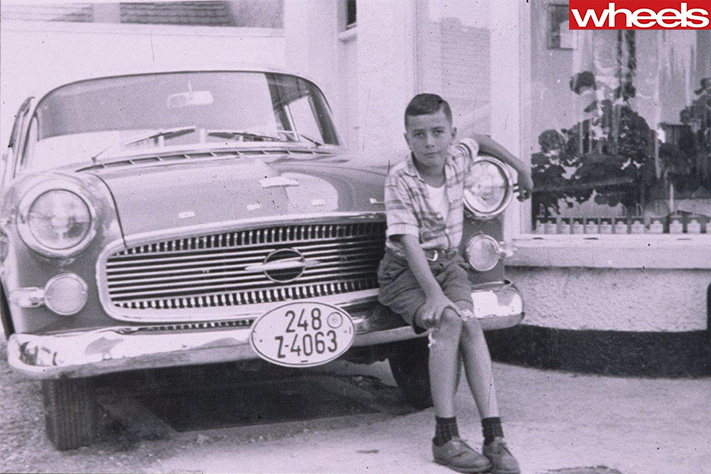 Ruf Jr’s passion for the Porsche 911 was triggered in 1964, when he was sitting alongside his father in a rainstorm, travelling at 80km/h on the autobahn, which was about as fast as the wipers could manage. A prototype Porsche 901 flew by at double their speed. Catching a glimpse of the Stuttgart plates as it doused them in a wall of water, young Alois was hooked.

“Dad! This is the new Porsche!” he yelled. “I saw it in a car magazine. I have to show it to you when we get home.”

Ruf Jr’s first drive in one of the early 1000kg Porsche 911s set in train a philosophy that has never left the business.

“You feel how light-footed it is. Today we’re driving 1600kg with 500hp (372kW). It feels different because that 60 percent more weight is never really compensated for by the horsepower. There is no compensation for extra weight,” he explains. “There is nothing better than saving weight in an automobile.” 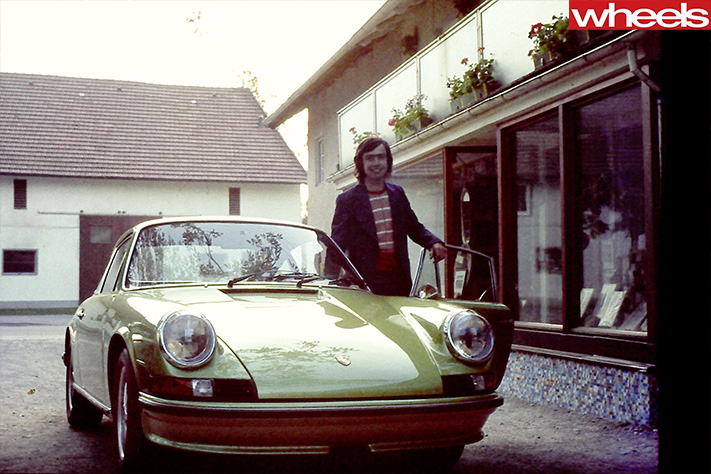 Ruf Jr took over the business upon the passing of his father in 1974. The catalyst for the company to really step up the development of the 911 came during the late 1970s when Porsche announced that the 911 had a mere two or three years to live.

The model range was pared back to just one base variant with less performance than before, offering Ruf the chance to appeal to customers by doing more with the 911.

The 279kW Ruf 930 BTR really put the company on the map from a global perspective. In 1984, Road & Track magazine organised a supercar shootout in Northern Germany. Phil Hill and Paul Frere were the gun drivers tasked with wringing every last ounce of performance out of the cars. The Ruf was the quickest at 306.4km/h.

Three years later, Road & Track tried again, booking the Ehra-Lessien proving ground. This time there was some serious metal on display, including a pair of Porsche 959s, Ferraris 288GTO and Testarossa, a Lamborghini Countach, an Isdera Imperator 108i, a couple of Koenig 911s and an AMG “Hammer’. 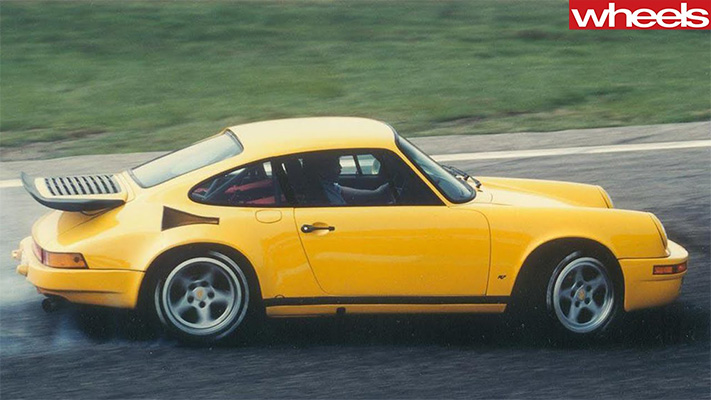 Ruf’s recently-developed twin-turbo CTR ‘Yellow Bird’ pegged the timing gear at 336.1kmh, former Grand Prix ace Frere shouting across the cabin, "This is faster than I've ever gone in my life!" Then Phil Hill clocked 339.8km/h on a drying track. Nothing got close.

Even more remarkably Hill, Frere and Ruf all agreed that the Yellow Bird was somewhat undergeared.

"We could make it go faster," Ruf Jr says, "but there's not much purpose in a road car going very much faster than 300km/h. But 300km/h is the magic speed in Europe. And in the U.S., 200mph is the important number, so we tried to go faster than that."

Registering 211mph, the Yellow Bird managed that one without breaking sweat. It was also 58.8km/h faster than a Countach.

“The CTR was the milestone that put us on the world map,” says Ruf Jr. “Suddenly the press people came from any place in the world and they wanted to test the car and write a story. This was the landmark, number one for Ruf Automobile.”

It also cemented the company’s bona fides. Of course it helped that bootleg VHS videos (above) were circulating of the company’s test driver, Stefan Roser, sliding the Yellow Bird around the Nordschleife at unfeasible angles/speeds while casually dressed in t-shirt, jeans, loafers and white socks. “Faszination at the Nurburgring” became a cult classic and required viewing for a later Youtube generation.

The CTR-2 that followed introduced a number of changes, with the car’s cosmetics diverging from standard 911 fare. It featured a multifunctional rear engine lid that incorporated the air intake for the intercoolers and the engine cooling. The body featured an integrated roll cage in case the 388kW engine proved a bit too much and, importantly, the car was able to be federalised for sale into the US.

The era of the liquid-cooled 911s began with the 3400S and 3600S. The latter featured a 911 engine in a Boxster chassis, offering ideal weight distribution and serious punch.

The R-Turbo was based on the 996 Turbo and the bulletproof Mezger engine was offered in 388kW, 410kW and 440kW tunes. The latter lapped the Nardo circuit at 351km/h, at the time the quickest street-legal 911 ever offered. 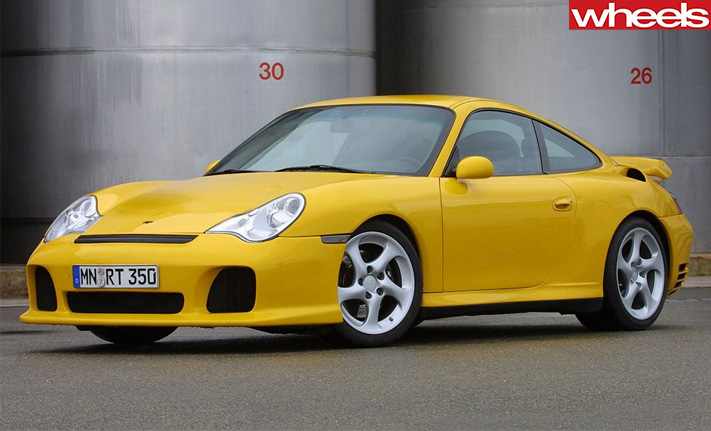 “What I admire and appreciate about Ruf is that he does his job really thoroughly,” noted Paul Frere. “For example, I’d never heard such a thing as a Porsche tuner before, but Ruf isn’t really a car tuner. He is a manufacturer, in that he builds extra new rods for the R-Turbo engine, because supposedly the standard rods are not slated for such power. And everything is tested in the same manner and meticulous way and will be changed if necessary. His workshop is a real example of an ideal workshop.”

The 997-based Rt12 debuted in 2004, the 3.8-litre engine offered in 395kW, 418kW or 485kW levels of tune. Only 13 were ever made, with rear-wheel drive available as an option. Although the top speed is officially 352 km/h, a special order version was available which offered taller gearing option and 511kW to crank up the maximum speed to an incredible 365 km/h – Ruf offered an owner training service since 1979, which would probably be an advisable investment.

Realising that other manufacturers were gaining a distinct advantage in being able to design mid-engined hypercars from a clean sheet of paper, Ruf took the next logical step in designing its own chassis platform. The Ruf CTR3 was launched in 2007 at the Bahrain International Circuit. 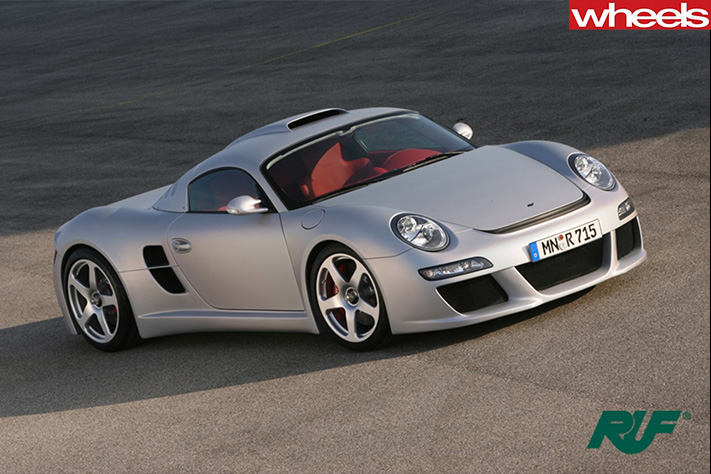 Featuring a chassis developed in conjunction with Canadian company Multimatic (who also had heavy input in the Ford GT and Aston Martin Vulcan projects), the CTR3 resembled a longer, sleeker Cayman.

Tipping the scales at just 1375kg and packing a 515kW punch in standard trim, or 572kW for the Clubsport (introduced in 2012), the CTR3 could be ordered with either a six-speed manual box or a seven-speed dual clutch.

The V8-powered RGT-8, based on a Porsche 991 was introduced at the 2012 Geneva Show, offering a 410kW alternative to the standard Weissach fare.

It felt as if we’d come full circle when, in 2017, Ruf launched the retro-styled CTR at the Geneva Show. Featuring a 520kW twin-turbo 3.6 flat-six, this Yellow Bird lookalike is the first car fully engineered and designed in-house at Pfaffenhausen. 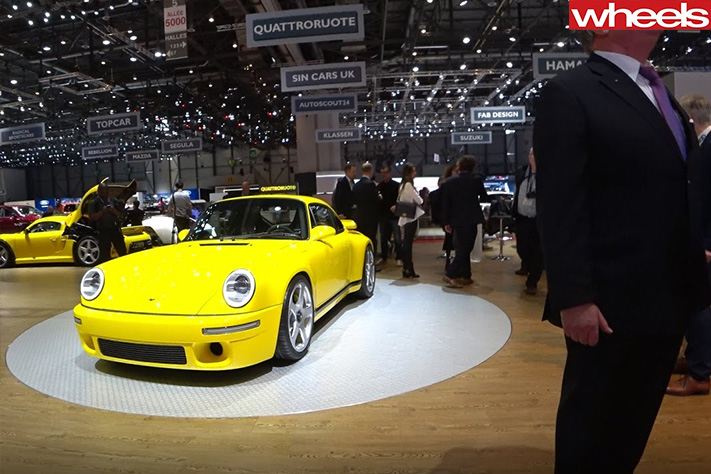 “The concept for the 2017 CTR is one that I have had in my head for a very long time,” says Ruf Jr.  “We have been waiting for the right point in our history to build our own car and the 30th anniversary of the CTR Yellow Bird is that moment.”

Despite this huge leap forward in technical achievement, Ruf hasn’t forgotten its roots. It’s a manufacturer but it’s also a garage and proud of it. If you own an entry-level Boxster or a humble 924, you can still bring your car to Ruf for service, maintenance or repair.

For a company that began by dragging a 356 out of a ditch to one of the blue-chips of the hyper performance sector, Ruf hasn’t been an overnight success. But that 55-year metamorphosis underscores the philosophy behind the company. Take your time. Do it better. And never say ‘enough’.