The Seven-Second Club’s a rarefied one within drag racing circles.

But a seven-second quarter mile time’s even rarer for Subaru WRX and Lancer Evolution fans that are more used to flinging their all-claw terrors sideways on dirt. 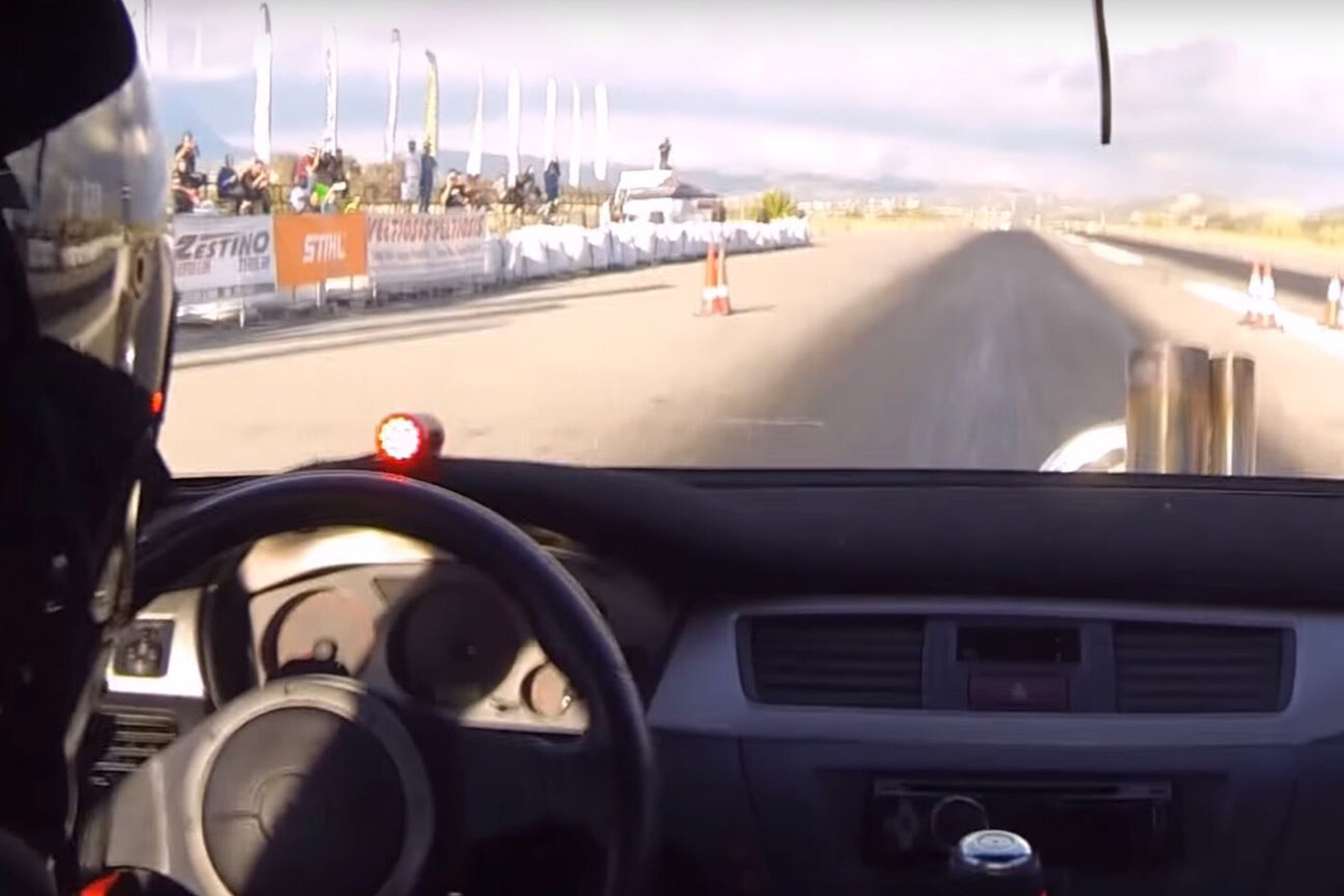 As it turns out, an Athens-based shop suitably named Extreme Tuners have proved the two aren't so exclusive with its purpose built drag-racing IX.

The car covered the quarter mile in 7.902 seconds at a whopping 298.26km/h when wheeled to an air-strip in Greece, recently besting this with a 7.884sec.

These are times fast enough to etch it in the record books as the world’s fastest Lancer Evolution VII, VIII, or IX, its maker claims. 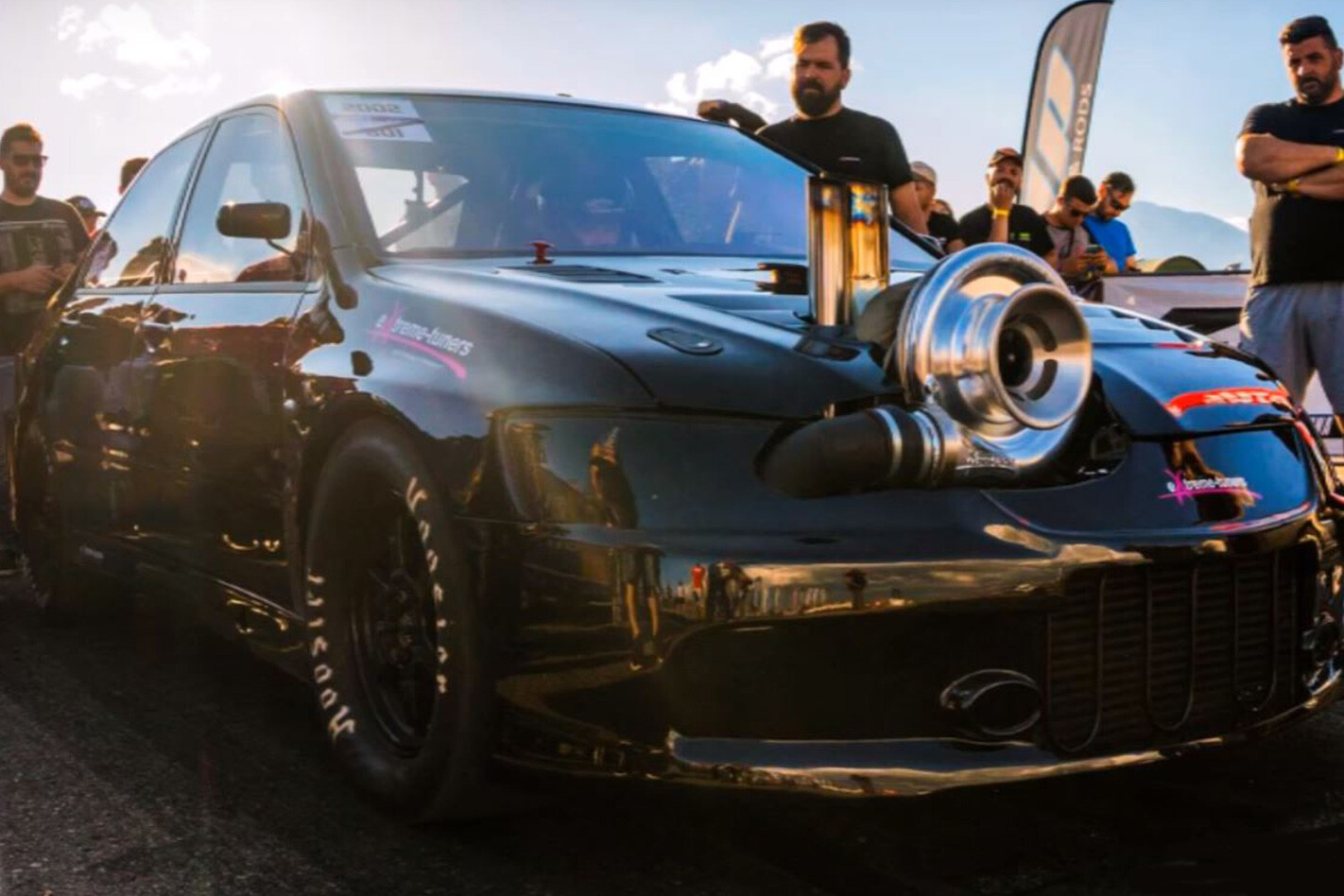 Rocketing it along is a de-stroked 1.8-litre 4G63 four-cylinder with a with a planet-sized turbocharger sprouting from its bonnet. It’s reportedly capable of 2333kW.

Yep, that’s right, that gear-shattering amount of power is produced from an engine smaller than a Woolies milk bottle.

There are a few tricks employed to help. The compressor, for one, is made from carbon-fibre and sized at 91mm. Meanwhile, the 1.8-litre spins to a stratospheric 13,000rpm under a 15.8:1 compression ratio. By the looks of it, gears are plucked with a sequential manual transmission. The front- and rear-wheels are joined by a carbon prop shaft and, amazingly, the rear differential is factory.

However that doesn’t stop it from breaking often. The tuners claiming power needed to be wound down to 1877kW for the seven-second passes.

The differential isn’t the only thing hanging on for dear life. The all-wheel drive IX, even with fat drag racing slicks, struggles to stay straight. Have a watch above for yourself.