For decades one man has been in charge of the Porsche 911, but with August Achleitner retiring, a fresh face is taking over. Here’s what we can expect

It’s a strange thing, pressure. For some it’s like kryptonite but for others, well, they seem to relish it. They seek it out, they thrive on it, and somehow harness its potentially destructive energy to drive them forward, like some kind of psychological kung-fu master.

Frank-Steffen Walliser is clearly from the latter camp. Tall, rake thin and confident in a quiet, self-assured kind of way, Frank doesn’t seem like the kind of bloke to buckle under intense scrutiny. Which is handy, given the job he’s just stepped into. Frank is the new ‘Mister 911’, which, for sports car fans, is a job title more significant than any CEO or MD. 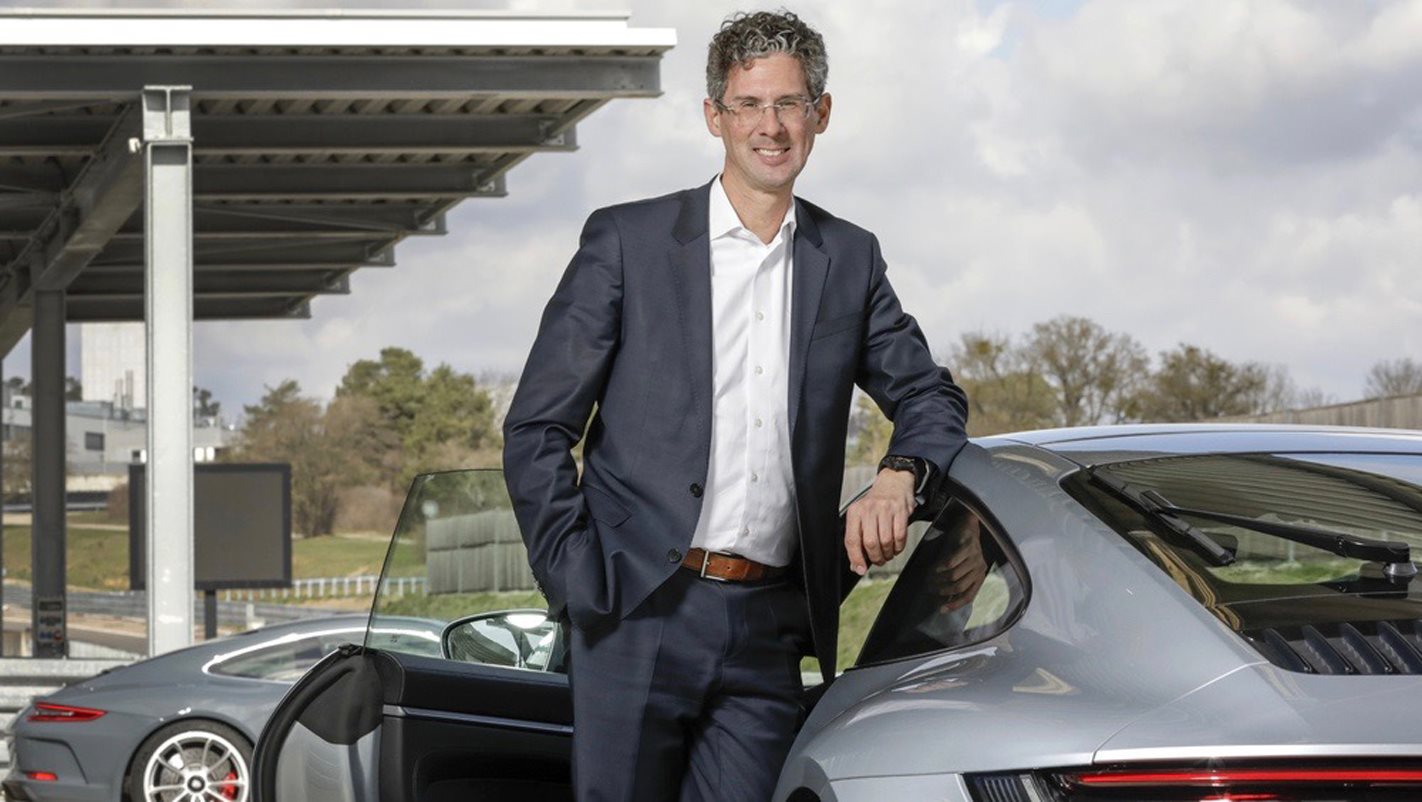 For almost two decades the role has been filled by another German, August Achleitner, but with August announcing his retirement at the end of 2018, one of the motoring world’s most coveted positions suddenly became available. Enter Frank-Steffen Walliser.

“In April I took over from August and I’m now stepping in his big footsteps of bringing the 911 into the future,” Frank tells me, perched on a stool in Porsche’s hospitality at the Goodwood Festival of Speed. “It’s not easy when you have a history of more than 55 years and everyone is looking so closely at this car because it still stands for the brand and everything that we are standing for. The 911 is the most important car we have.” 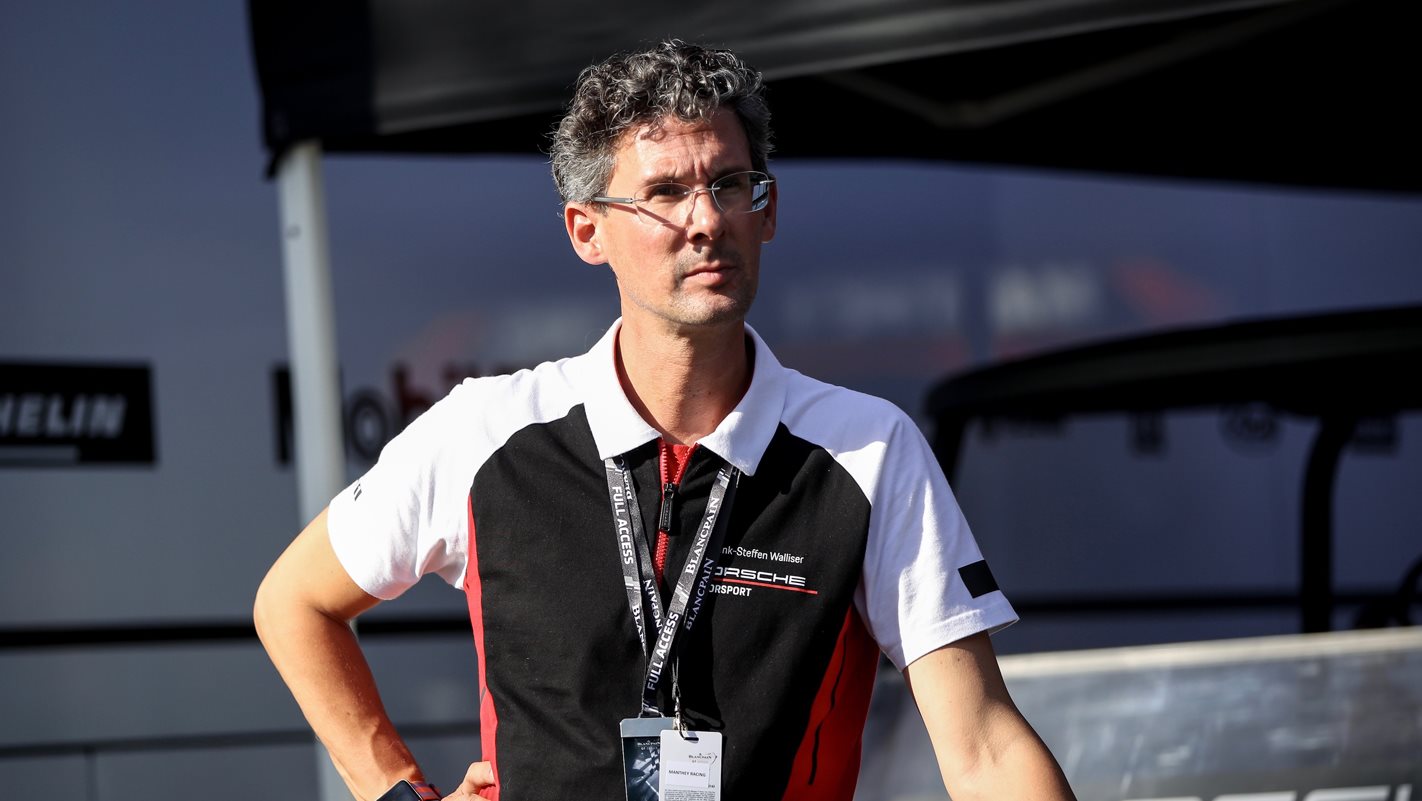 Encouraging words, you’ll agree, and Frank is speaking from experience. He’s spent his entire 24-year career at Porsche, quickly building a CV that’s seen him head up Porsche’s motorsport division, twice, and even earn the nickname ‘Mister 918’ for his role in strongarming the company’s hypercar project from slow-moving concept to Nürburgring lap record breaker. Spend five minutes with Frank and it’s clear that his love of cars, and of racing, runs deep. “I was always interested in cars,” he says. “According to my parents, my first word was ‘car’ not ‘mum’ or ‘dad’. That sounds crazy, I know, but that’s what they told me. But I was crazy about them. I knew all the brands and models and I studied mechanical engineering in Stuttgart and then asked for an internship at Porsche.”

That was in 1995, and just four years later, Frank scored his first big break. While working in Porsche’s competitive analysis department he was headhunted by the company’s board member for research and development to be his personal assistant. “It was an accelerator for my career,” Frank recalls. “Besides, I learned a lot of things looking over the shoulder of a board member – you’re looking at all the details of the company; all the details of R&D. You also get some facetime with the board and you’re more noted.” 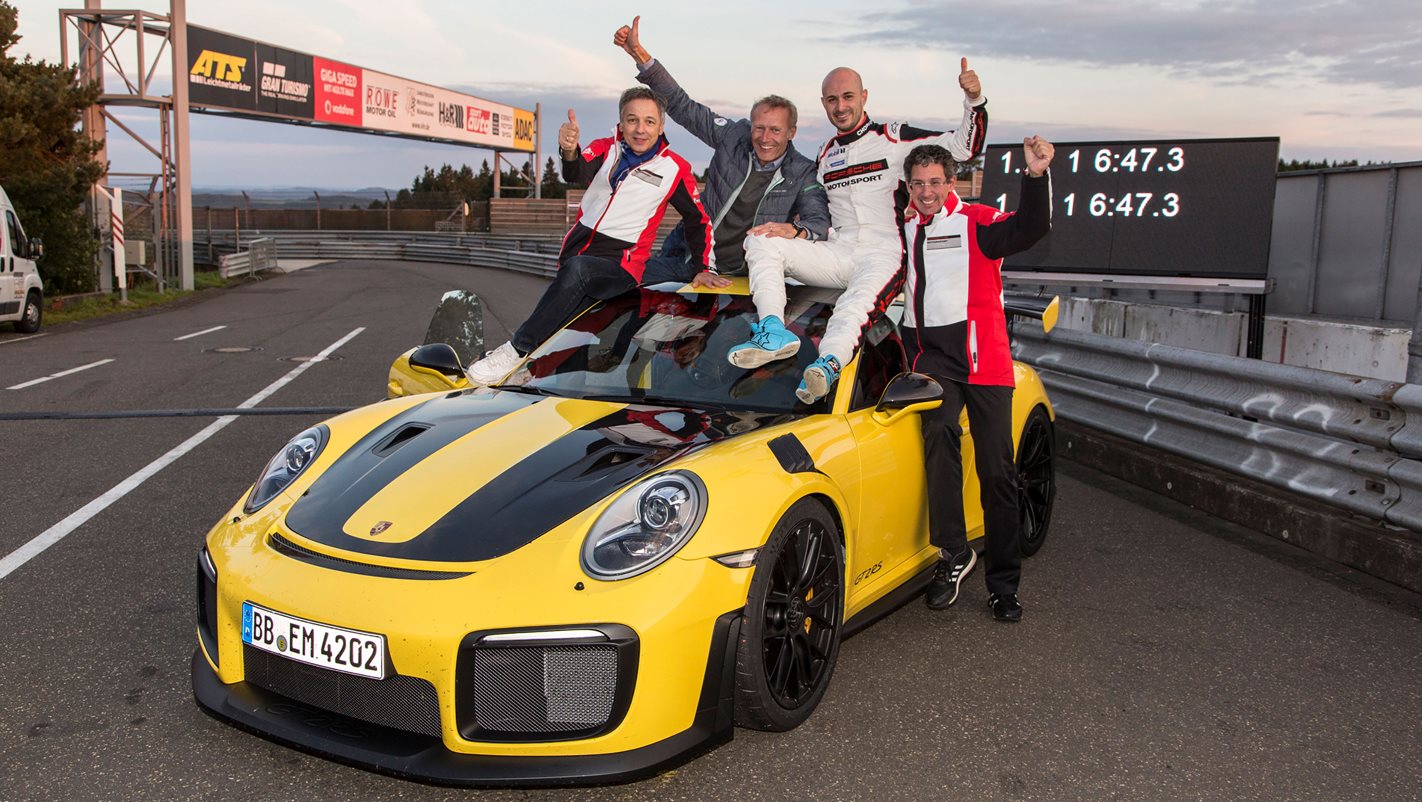 Frank’s first motorsport stint followed, where over five years he helped spearhead the successful RS Spyder LMP2 program, before he moved back into road cars and slotted into Porsche’s electronics department. This three-year foray quickly escalated his fortunes.

“In 2010 I was asked if I would take over the project management for the 918 Spyder program,” he says. “Actually, if I’m honest, I was not asked. I went to the board and asked if I could do that because I had the impression the project wasn’t moving as fast as it should.

“So I went to Wolfgang Dürheimer (then head of R&D) and said, ‘If you’re looking for a project manager that has some experience in motorsport, in high-performance cars, and in electronics, then you have one choice – me.’ He looked at me and said, ‘Well … okay, let’s do it.’ I was very assertive and straightforward but that car changed the game.”

It was at this point that Frank stopped moving from job title to job title, and simply started amassing them. Once again in charge of motorsport, he also took on the overarching responsibility for Porsche’s GT road car division, a post he’ll retain alongside his new gig.

So how does the man tasked with shaping the next generation of 911s, and their RS derivatives, respond when asked to define what a 911 is, and how that might change with the advent of electrified powertrains.

“It’s a good question we talk about every day in the office,” he says. “I would say, looking from outside, a 911 is definitely the design, the typical fly-line, the headlights, the wide back. And it’s a combustion engine. It’s a flat-six, that’s a must for a 911. 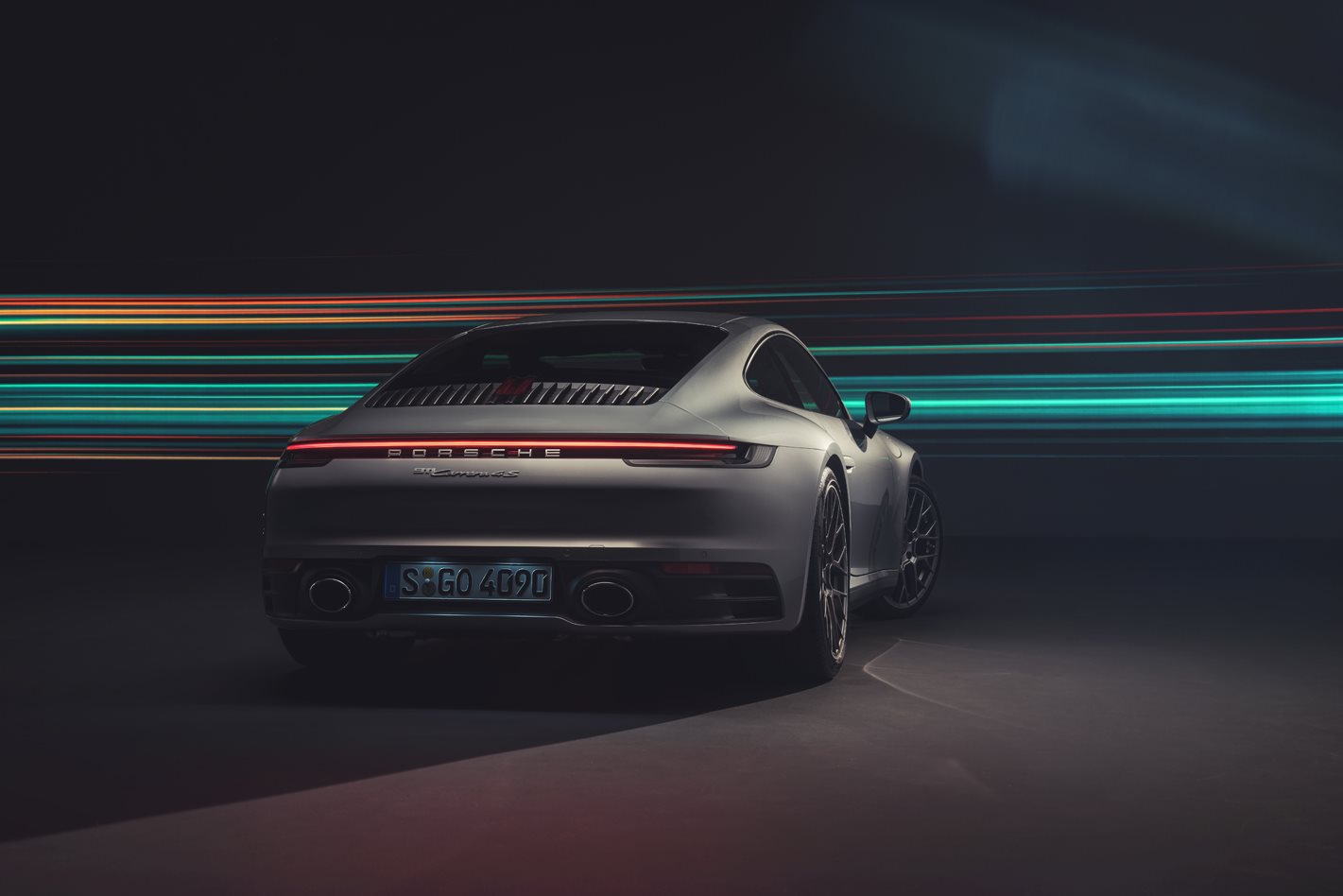 “I would say bringing good hybrid technology to a 911 is not a problem as long as the car gets better. I don’t need a hybrid because it’s a hybrid – it must be better, it must fit for the character, the weight, the throttle response to a 911. Then I’m fine, but I don’t see a fully electric 911. Really not. There’s still a huge market and a huge demand for combustion engine cars, and you cannot do everything with an electric car. For sure the world will be more different, we will see different propulsion technology, but maybe I’m joking, maybe I’m right – the 911 will be the last car that will be electrified.”

The more you speak to Frank, the harder it is to shake the feeling that the future of the 911 is in safe hands. He’s a proud 911 owner, and is acutely aware of the car’s history and significance. Though equally, he isn’t afraid of change, or of altering the 911’s sacrosanct recipe in the name of progress. 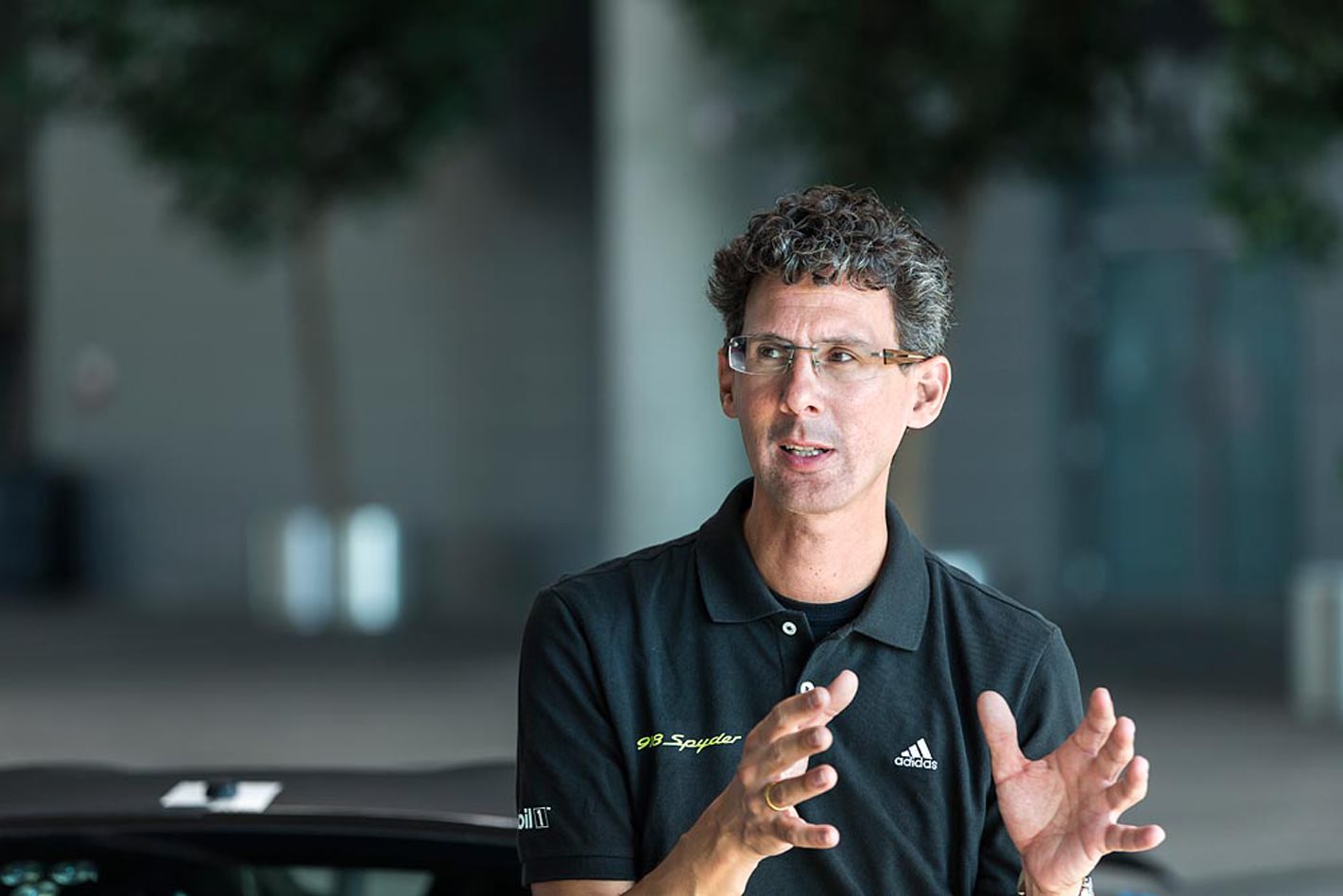 What was that I said about relishing the pressure?