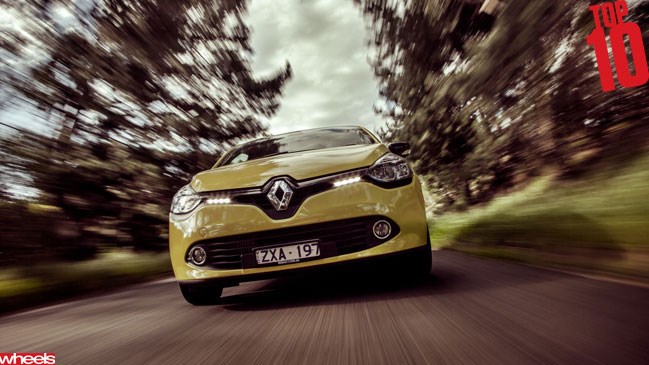 We take a look back at the cars that really moved us in 2013, starting with the Renault Clio.

The French have a long history of building great small cars, and in modern times, Renault in particular.

But most of those accolades have been directed at the top end – turbocharged, hyper-focused Megane hot hatches and a succession of rev-obsessed hot Clios developed by the very talented petrolheads at Renaultsport.

Yet here we have a turbocharged Renault that relies on forced-induction to make it one of the most fuel-efficient petrol cars on the market. Underneath this Clio IV’s shapely, pedestrian-friendly bonnet sits a tiny 898cc three-cylinder engine producing a modest 66kW at 5250rpm, capable of sipping fuel at an average of just 4.5L/100km on the government cycle. Even the urban claim is only 5.6L/100km, and in our experience, no matter how hard you drive a Clio TCe90, you’ll record no worse than mid-sevens. This is an exceptionally frugal car.

What makes the experience, though, is the three-pot Clio’s effortlessly charming personality. Its claimed 0-100km/h time is an equally unassuming 12.2sec, yet the torquey little engine, matched to a sweet-shifting five-speed manual gearbox, will effortlessly breeze along using its torque, to the point where you feel that five ratios is ample. The joy with this engine comes from its thrummy character and its tractability, like an old Volkswagen flat-four, not its high-rev excitement. That’s the job of the forthcoming Renaultsport Clio 200.

But everything else that makes the TCe90 Clio great is shared with every other Clio IV. A well-damped ride with suspension travel that’s disciplined yet absorbent. An alert electric steering set-up that encourages drivers to press on, guided by a lovely-to-hold steering wheel. And soft, yet supportive seats, in fine French tradition, that come in an array of vibrant, customisable colours – just like the exterior.

Finally, there’s the new Clio’s brilliant chassis, which makes maintaining momentum in the low-powered TCe90 one of life’s simple pleasures. It scythes through corners using every degree of rear-suspension geometry to hold the tightest line possible. It’s both entertaining and reassuring, which isn’t something you could’ve said of the lift-off oversteer antics of days gone by. And it carries Euro NCAP’s five-star crash rating, just in case things do happen to go tits-up.

It has taken Australia a while to cotton onto the charms of grown-up small cars like the Clio IV. In the TCe 90’s case, the quest for sophistication doesn’t make having a good time behind the wheel mutually exclusive. And if you happen to relish giving your roomy little hatch a right royal flogging, you won’t be forced to pay for the privilege at the pumps. 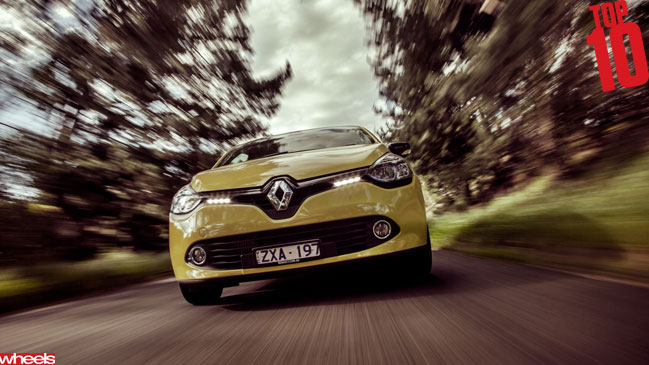 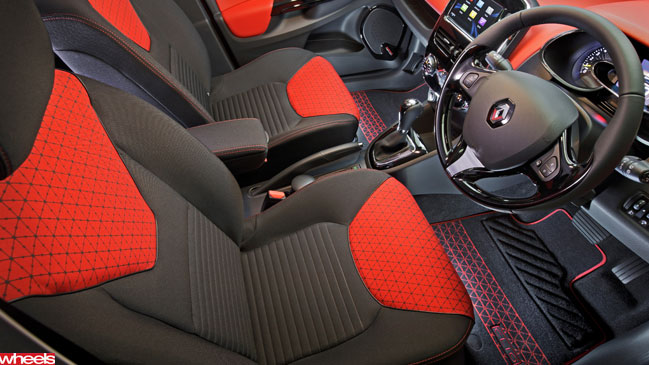