Wheel Stories: The fast-track from high school to Formula 1

MOTORSPORT nerd alert: how many times has an Australian F1 team won the drivers and constructors world championships?

But step down to the 20cm-long, CO2 cartridge-powered cars of the brilliant F1 in Schools program, and Australian teams have won no fewer than five of the 13 world championships since the series’ inception in 2004.

“Australia is the most successful country in the world at this,” says 17-year-old Kyle Winkler – one of the four members of the Hyperdrive team from Trinity Grammar School, Kew (Vic) that beat nine million other students, from 20,000 schools, to claim the 2017 title at the world finals in Malaysia in September. Hyperdrive also won Best Engineered Car. 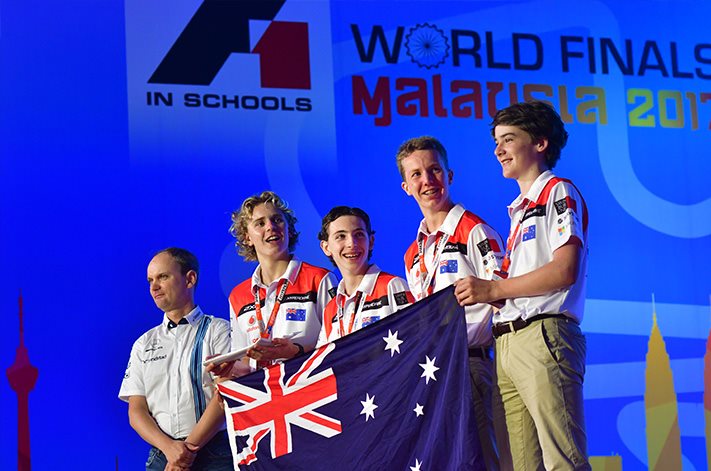 The F1 in Schools competition – a STEM (Science, Technology, Engineering and Mathematics) education program – replicates the F1 world. Teams must not only conceive, design, develop and produce their own car within F1-type design parameters, but develop a business plan, raise sponsorship and apply management principles.

“We approached real companies and raised upwards of $20,000”, Winkler says, “and we had one of the smallest budgets … The Austrian team raised 160,000 Euros!”

They’re not playing with toys. “We used CATIA for our CAD program and ANSYS for our tool in tunnel testing,” Winkler says. “These are real industry programs, I believe the same ones used by McLaren, Boeing, Airbus and Toyota.” 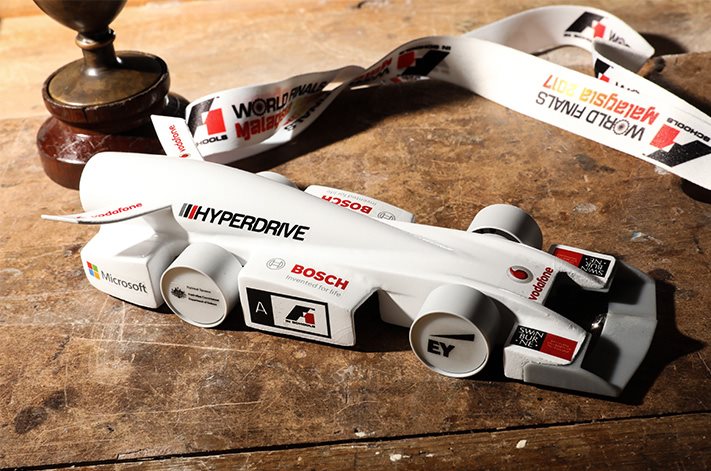 The 1000-1500 hours’ development, engineering, machining and assembling came down to a 25-metre dragstrip track at the world finals in Kuala Lumpur.

Along with the points awarded for the team’s efforts thus far, the driver’s reaction time is a factor as, of course, is the car’s performance.

“They hit 80 kilometres an hour in about 0.3 seconds – you blink and you miss it,” Kyle says. “We actually had the sixth-fastest car – 1.109 seconds at the 20-metre mark, which was 0.02-sec off the fastest car. Yeah, watching the car run is always really exciting.”

That wasn’t the only source of stress for Kyle at the World Finals. On offer to the winning team were fully-paid mechanical engineering scholarships at University College London. And Kyle was one of just 25 applicants being put through assessment for the Williams F1 team’s Randstad Engineering Academy. 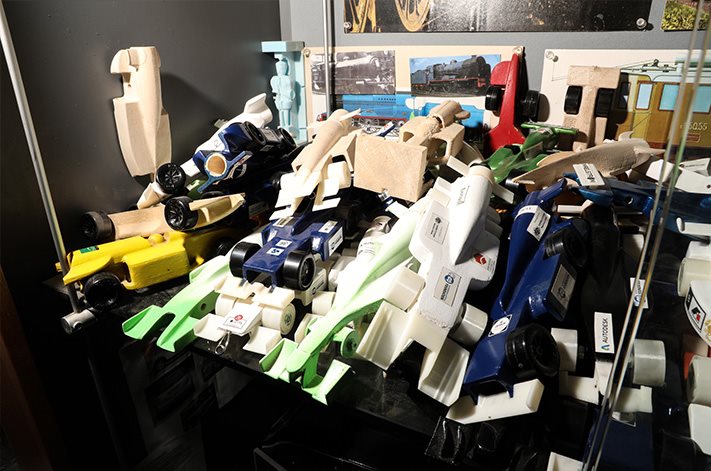 “We were split into teams of five and given engineering tasks to solve. The first one was to suspend an F1 wheel nut horizontally from a table using only paper and tape ... You have to brainstorm all this as a team.”

Kyle was one of just eight selected for the seven-year, competitive RAE internship, a process that will begin early next year. It could deliver him right to the door of a top-line F1 engineering career.

“It’s online, we’re given a mentor from within the [Williams] team and we’re given tasks to complete. It’s competitive, though – they’ll cut one or two kids each year.

“I want to work in Formula 1. I’m looking at taking up the UCL scholarship in London, as a more concrete path to Formula 1 with Williams. I just have to get the grades in school and I’m there. Before Formula 1 in Schools, I always wanted to work in motor sport, but I didn’t quite know how. It’s a lot more focused now.”