When Hitler ran the Silver Arrows 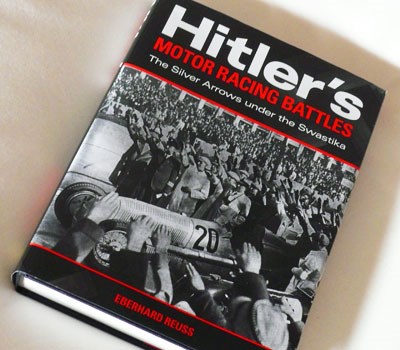 Adolf didn't know much about understeer and oversteer but he knew how success by German companies in motor sport could be used to promote the idea of Nazi superiority.

From 1934 until the outbreak of war in 1939, the Silver Arrows of Mercedes-Benz and Auto Union dominated grand prix racing.


It didn't happen by accident. The Silver Arrows campaigns were funded quite overtly by Adolf Hitler's ruthless Nazi regime.

He demanded German success on the racetracks of Europe and his equally ambitious forelock tuggers at Benz and Auto Union complied by creating the most technically progressive and stunning racing cars seen to that time.

The brutal grand prix beasts of that era produced nearly 600 horsepower but with less-than-effective drum brakes, and skinny tyres, the men who drove them were rather special.

They were hero worshipped, paid large sums of money...and Bernie Ecclestone was still in kindergarten.

The link between the Silver Arrows and the Nazis is hardly new, but Hitler's Motor Racing Battles written by Eberhard Reuss and published by Haynes, provides astonishing detail of the cosiness of the car giants and some of the drivers to the unsavoury regime.

Sub titled The Silver Arrows Under the Swastika, it reinforces how Benz and Auto Union happily took the budgets from the Nazis to chase glory. They were willing pawns in the propaganda that flowed from track triumphs. Cronyism, bribery and political influence were ever present.

Reuss carefully researched his nearly 400-page book for 20 years, and it's easy to believe. Never before have we fully understood the complicity of the car companies in Hitler's manic push for to dominate.

It wasn't a late rush of blood either. In 1924, when Hitler was released from prison, it was a Mercedes sales executive Jacob Werlin who picked him up at the gates.

The Nazis were to in 1933 establish the NSKK - the Nationalist Socialist Drivers Corps - which "Nazified" the German driving associations and clubs. In charge was a Hitler crony Adolf Huhnlein, who attended most of the important races and reported directly to the Fuhrer.

The Nazi presence pervaded motor sport as it did the rest of Germany.

With Hitler's patronage and Nazi money, heroes were made of Rudolf Caracciola, Hans Stuck, Manfred von Brauchitsch and Bernd Rosemeyer, the German aces of the '30s.

Oddly, Hitler had to accept the occasional foreigner on the driving strength of the Silver Arrows. This led to dented national pride when Briton Dick Seaman won the 1938 German Grand Prix, albeit in a German car.

Hans Stuck comes across in the book as a chronic Hitler brown noser. The self-important Stuck was also something of a problem for the Nazis as he was both a national hero and the husband of a half Jew. SS chief Himmler's intervention meant Mrs Stuck evaded arrest. Stuck also appeared to be a devious individual who manipulated furiously behind the scenes to keep his job playing Auto Union against Mercedes while plotting to build and drive a Porsche to the world land speed record.

Others of Jewish background were not so lucky. Leo Steinweg, a successful bike racer, was forced out of motor racing in 1934 and was later killed in a concentration camp.

Stuck and his co-horts always maintained their apolitical stance but were often guilty of wearing the swastika at the racetrack. Some were Nazi Party members and held honorary roles in the dreaded SS.

Nazi uniforms were ever-present at the big races, and massed Nazi salutes greeted the winning drivers toured the Mercedes and Auto Union factories.

But though the drivers faced post war investigations, most escaped punishment and eventually resumed their racing careers.

Author Reuss has a stolid technique but his attention to detail is impressive as he relates the deep support and commitment of the top Nazis to the German motor industry and racing programme.

Rosemeyer's death in 1938 in an Auto Union record-breaking streamliner brought a nation to tears. Reuss noted that his coffin was hoisted by SS troopers at the funeral.

The Silver Arrows kept racing right until war started when the Nazis marched into Poland. In fact the Belgrade Grand Prix was run on September 3 - three days into World War II - with five cars. There were two Auto Unions, two Mercedes and an old Bugatti.

But that was end of Hitler's Silver Arrows.

Hitler's Motor Racing Battles (ISBN 978 1 84425 476 7) is published by Haynes, and is available from Sydney's Autobookworld and other good specialist bookstores for $69.00 RRP. 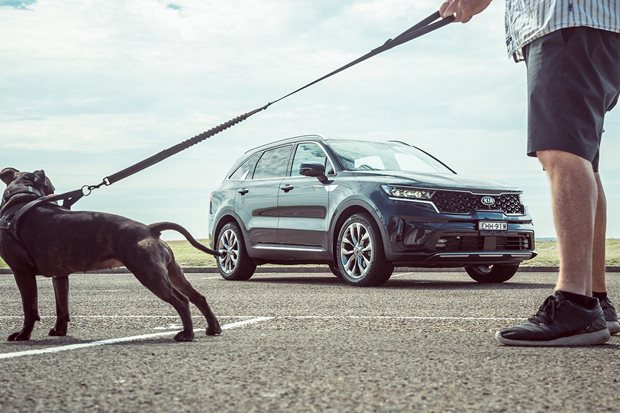 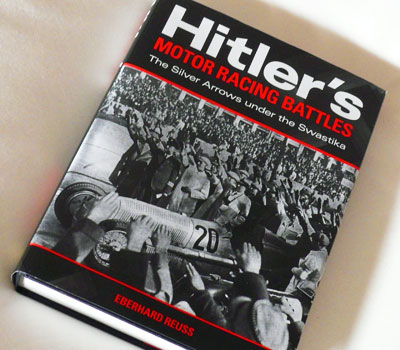 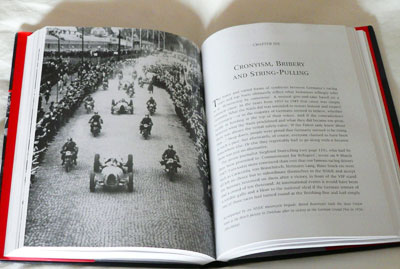