THIS may come as an almighty shock to those overlords who run Formula One globally, but there are other rousing and interesting forms of motorsport on this planet of ours.

The year started with the 2015 running of the off-road marathon known as the Dakar (even though in recent times it is held an ocean away in South America, where the landscape is no less dramatic than when it was based in the north-western part of Africa).

Nasser Al-Attiyah and Marc Coma claimed the 2015 car and bike titles respectively after 9000 gruelling kilometres across Argentina and Chile. It was the second Dakar for Qatar’s Al-Attiyah (Mini) while KTM’s Coma bottled his fifth victory in the two-wheel category.  Impressively, Aussie Toby Price took third on debut and rightly earned himself a factory KTM ride for the 2016 Dakar. He is a gun. The World Rally Championship for 2015 was another romp for Volkswagen and France’s Sebastien Ogier, again winners of the manufacturers and drivers titles respectively.  The 2016 season shapes as a repeat with the other teams attempting to steal crumbs from VW, especially with Citroen sitting out the championship as it prepares for an all-out attack in 2017, when the new technical formula resets the show.  Ford’s M-Sport squad has a revolutionary look for next season with Mads Ostberg returning from two years with Citroen, joined by Eric Camilli, who  is a shock selection for the Fiesta WRC campaign.  Camilli drove a Ford Fiesta R5 in the WRC 2 category during 2015, and also had testing duties with Toyota’s works team, shaking the bugs out of the Toyota Yaris WRC.  Flung from M-Sport are Ott Tanak and Elfyn Evans.  Fourteen rounds of the WRC have been confirmed, including a return to China.  Rally Australia becomes the final round of the series. Locally, talented Molly Taylor won a round of the Australian Rally Championship but couldn’t keep Eli Evans away from another national title. Taylor took second. Then, at the season’s end, Taylor threw herself into a joint FIA Women in Motorsport and Qatar Motor and Motorcycle Federation (QMMF) cross-country rally training program, and secured a fully funded drive in the 2016 FIA World Cup for Cross Country Rallies. Taylor was partnered by Yasmeen Elmajed, a wild card entry from Jordan.

The controversy that enveloped the final stages of the MotoGP World Championship still won’t float away, with the bitter rivalry between Yamaha riders Jorge Lorenzo and Valentine Rossi certain to carry into 2016, diluted not one whit by the Christmas spirit.

The coming season seems set to be a re-run of the almighty battles between the Big Three – add Honda’s mercurial, gravity-defying Marc Marquez to the aforementioned Yamaha pair in a hotbed of hostilities. Towards the end of last season, there were encouraging signs of competitiveness too from the pocket rocket Dani Pedrosa on the second Honda, and Andrea Iannone on the grunty Ducati, the Italian team now getting a new test rider, one Casey Stoner. It is uncertain whether the championship will be fought on national lines – Spain versus Italy, or the traditional two-wheeled way of Yamaha versus Honda versus Ducati…

The World Endurance Championship was a triumph for Porsche, back in big league sports car racing in 2014 after a lengthy absence.  With lots of help from Brendon Hartley and Timo Bernhardt, the 1000-horsepower 919 Hybrid propelled Mark Webber to his first proper championship success since he began in motor racing.

Porsche also won the 2015 iteration of world’s greatest endurance race for sports car, the 24 Hours of Le Mans. But, reacting to the recent emissions scandal, both participating VW Group brands – Audi and Porsche – have trimmed their teams to two cars for the 2016 season, and will face renewed competition from Toyota and its all-new small-capacity turbo challenger (in place of an atmo V8). Toyota’s new technical package will also introduce battery storage, which will work with the same twin-axle retrieval system the team currently uses. 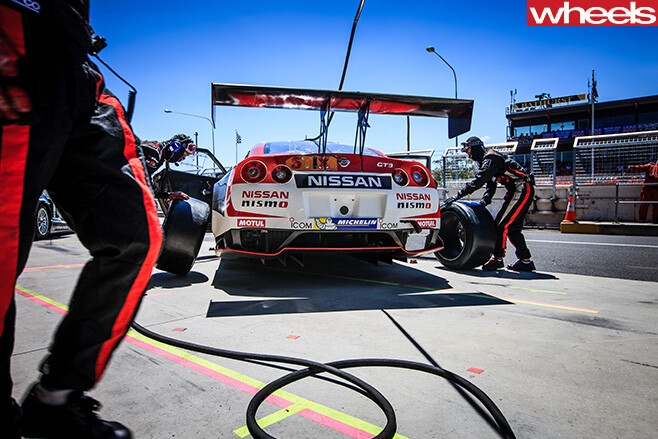 Closer to home, the Bathurst 12 Hour for GT cars continued to attract the right kind of attention from big sports car teams around the world and a growing legion of viewers.  The spectacular last-gasp win by a Nissan GTR GT3 team in the 2015 race is still a lively discussion point:  Where did all that extra speed come from?

Entries for the 2016 12 Hour, now in control of V8 Supercars Australia, have moved delectably close to 50  with an explosion of the usual marques – Ferrari, Nissan, Mercedes-AMG, Audi, Porsche, McLaren…  Bentley has confirmed at least two cars and a desire to get on the podium after being bumped from it rather aggressively in the final corner of the 2015 race. V8 Supercar stars won’t be banned this time and many have entered the 2016 running of the international sports car classic, including Garth Tander, Craig Lowndes, Tim Slade, Warren Luff…

In IndyCar racing, Brisbane-born Scott Dixon scored his fourth championship triumph after a thrilling tiebreak with Juan Pablo Montoya. Australia’s Will Power, the defending champion, was a distant third. Earlier, in May, Montoya narrowly won the Indianapolis 500 from Power. The death of popular Briton Justin Wilson at Pocono after he was struck on the head by debris from another car stunned the close-knit fraternity and took the shine off the finale just a week later at Sonoma.

For 2016, Indycars has locked in a 16-race season anchored by the 100th running of the Indianapolis 500 on May 29.  The schedule extends five weeks longer than last season and features new events in Phoenix, Road America and Boston. The most diverse schedule in motorsports features five races on oval tracks, five on permanent road courses and six on temporary street circuits. 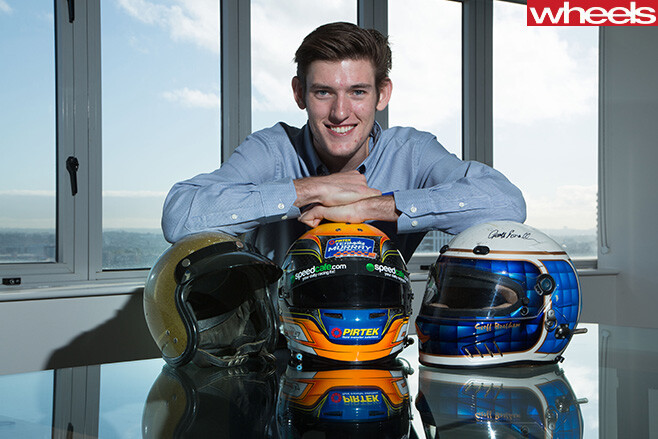 Australian interest in the 100th Indy 500 has rocketed since the announcement that Matt Brabham, just 21, will follow his dad Geoff and grandfather Jack to the Brickyard. Matt will drive for a team created by Australian mover and shaker Brett “Crusher” Murray and will be run in conjunction with successful team KV Racing Technology.

Toowoomba’s Jordan Lloyd trousered a $150,000 prize for winning the inaugural Australian Formula 4 Championship, locking down the crown with a round to spare. The Team BRM driver had some great tussles with runner-up Thomas Randle in a series created by CAMS to bring along young drivers who have ambitions of one day making it to F1. The challenge will be to make sure they’re not diverted to Supercars along the way.