The tsunami of 4x4 ute products and the popularity of them among buyers have ensured a strong support for the sector from the aftermarket accessories suppliers.

Many folks who would once never have considered a ute have been swayed to them by their ever-improving levels of safety and equipment, their versatility, rugged construction and relative value for money.

Massive aftermarket support also makes it easier to tailor a ute to your specific needs, and many buyers who have previously been wagon owners have given themselves the best of both worlds by fitting a canopy over the ute’s cargo tub.

Choosing a canopy can be just as hard as choosing the ute itself; there are just as many, if not more models, styles and options available and getting it right can prove a challenge to the uninitiated. 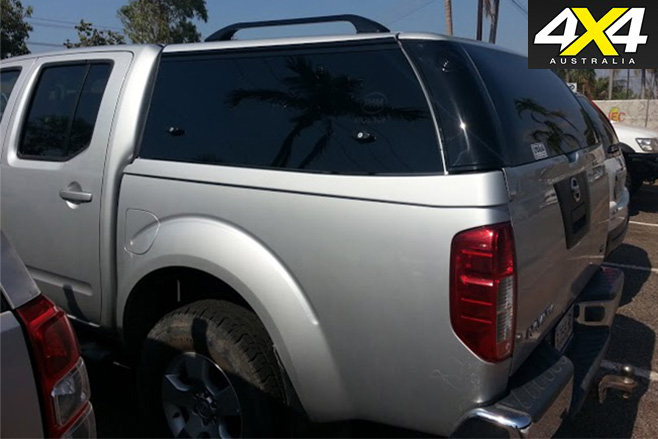 Traditionally, canopies have been made from fibreglass, but these days there are composite and metal options available as ’glass is becoming less environmentally acceptable.

Then there are side windows – sliding, lift-up or none at all? Do you want internal lining and lighting? Locks and security? What about load on top – can it carry a roof tent or racks? So many variables and choices; which way to turn?

One choice that is often overlooked is that of the pressed steel canopy. These have been available in Australia for many years, most recently under the Razorback brand name via ProEx products, but they are actually made by a Thai company called Sammitr. 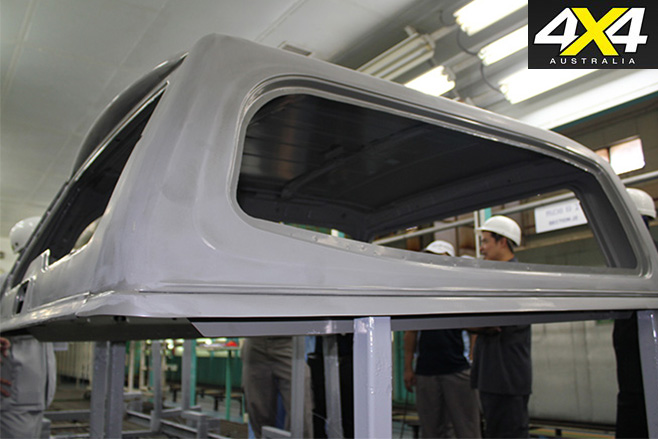 Sammitr has now taken it upon itself to import and distribute its canopies and products in Australia, though they will still be available under the Razorback brand name as well. A warehouse, showroom and office have been established in Melbourne and a network of approved dealers and installers is being established nationwide.

Sammitr (pronounced saam-mit) is a huge family-owned automotive company that makes everything from 4x4 accessories to complete truck bodies, CNG fuel systems and the logistics associated with that fuel delivery. Its OEM contracts include pressing steel panels and components for many of the vehicle manufacturers in Thailand and it’s these same heavy-duty presses and vehicle-body steel that are used to make its canopies. 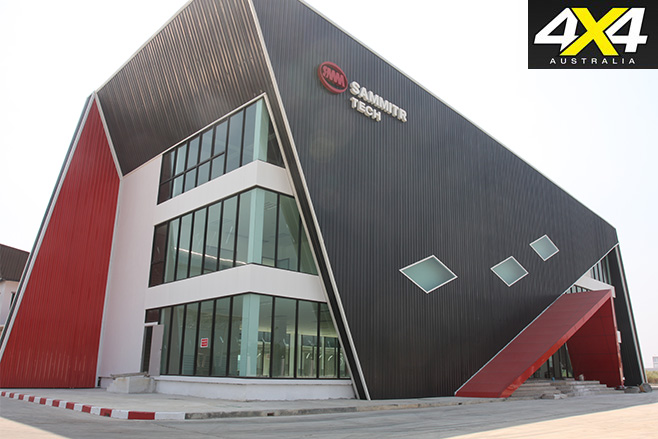 4X4 Australia visited Sammitr’s Bangkok headquarters and manufacturing facilities, as well as its impressive new factory that adjoins many of the vehicle manufacturers in the Gateway district on the Eastern Seaboard. These companies include Toyota, Isuzu, Ford/Mazda and General Motors, and most of the popular one-tonne utes that we drive here are made in this district and shipped globally.

If you thought one-tonne utes were popular here, you’ll be amazed when you see the number of them in Thailand. The Toyota HiLux is the most popular car sold there and that only supplanted the Isuzu D-Max a few years ago.

Utes are everywhere in Thailand and South East Asia and in turn so are canopies, so the local market is very important to Sammitr. However, like here, most of the product seen on the streets is of the composite or fibreglass variety. Stamped steel is a premium product, and is priced as such, but like anything, you get what you pay for. 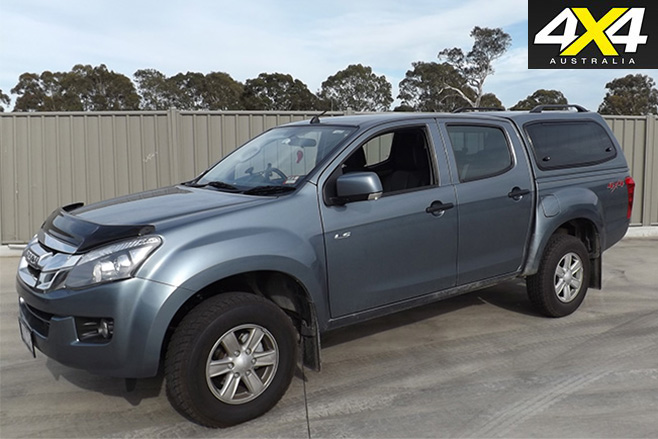 The advantages of a steel canopy are obvious. For starters there’s the strength of steel; unlike other materials used for canopies, a Sammitr (SMM) steel canopy does not need additional reinforcing if it needs to a carry load on roof racks, or a roof-top tent. They will carry as much weight as most vehicle roof racks and are rated to 100kg dynamic and 400kg static. They are available with numerous rack and rail options to suit various load requirements, be they for work or recreational gear. 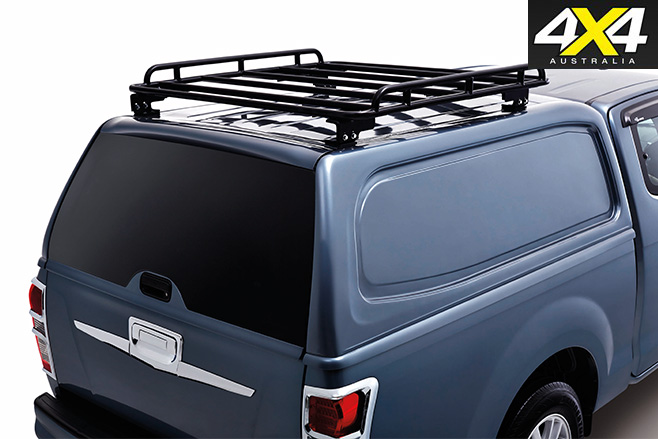 Another advantage is the finish. As the SMM canopy is pressed from the same 0.8mm hot-rolled sheet steel as the panels on your car, it is a perfect match to the whole vehicle. The paint finish should also better match that on the car as it is applied to the same type of surface.

Steel is also more easily repaired than composite or ’glass products, as it will dent rather than crack and break on impact, and can be repaired by any panel beater or even paintless dent removal specialists. At the end of its life-cycle, steel is recyclable unlike fibreglass or most plastics, so it’s better for the environment as well.

The pressed steel panels of the SMM canopy are welded together over a steel frame, just like those on a car, to obtain that OE appearance and quality. One of Sammitr’s hallmarks is that it aims to produce all of its products to OE quality and to this end, its products carry ISO quality certification. The painting process is just like for an autobody in that multiple coats of primer and protective undercoat are applied before the final, colour-matched layer goes on.

Like other canopies, SMM products can be fitted with a myriad of different window and internal options to suit your needs. Lift-up or sliding glass windows or solid steel panels are available depending on your access and security needs. 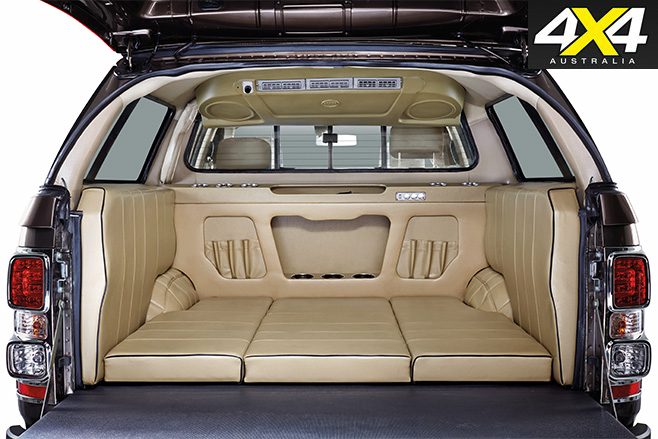 Sammitr even offers an airconditioning unit for the canopy, which is well-suited to the home market in Thailand, where passengers are carried in the cargo area as often as gear. This might be an option your dog would appreciate! Because the SMM canopy is designed to house passengers it also features an internal latch release and all models bar the Tradesman come with central locking, internal lining and a light.

Aside from the aforementioned higher cost of the SMM canopy, the only other negative is that they are heavier than plastic ones. That said, most of the weight in any canopy is in the glass and the weight of steel over plastic is a small price to pay.

Currently the SMM canopies are available in three different models – the Tradesman, V2 and top-of-the-range V4 – to suit most popular single-, extra-and double-cab utes. Sammitr is a very progressive company and new designs and products are always on the drawing board. 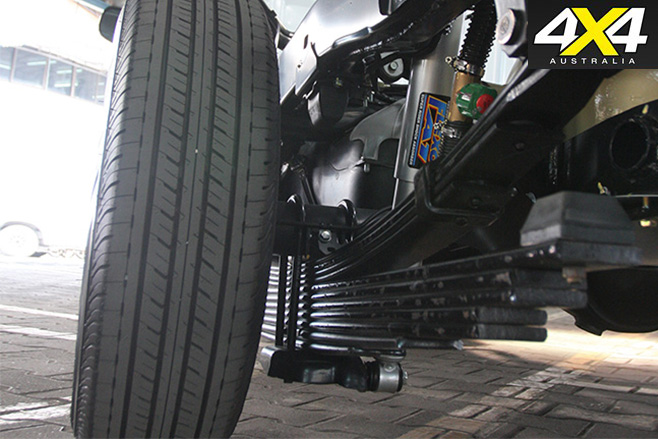 Some of Sammitr’s other products include suspension parts, and it manufactures these for some well-known and respected brands in the Australian 4x4 business. It makes leaf springs for everything from utes to heavy trucks, and the spring packs used under its CNG-converted Toyota Vigo (HiLux) are massive. Sammitr is looking to expand its 4x4 accessories product range from canopies to other products including vehicle protection bars, roof racks and even roof tents, so it is a brand you may be hearing more of here in the future. 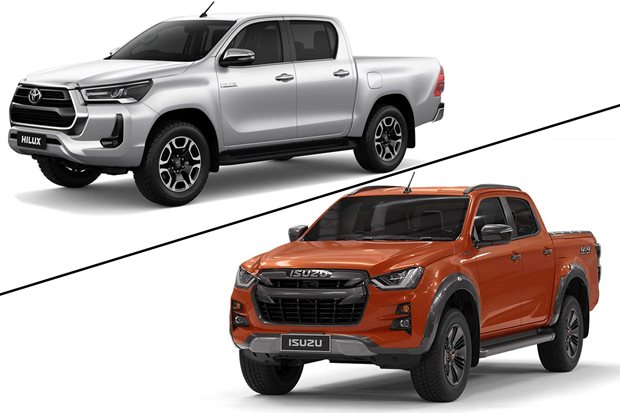 The arrival of the next generation of utes is tantalisingly close, so what have we got to look forward to?