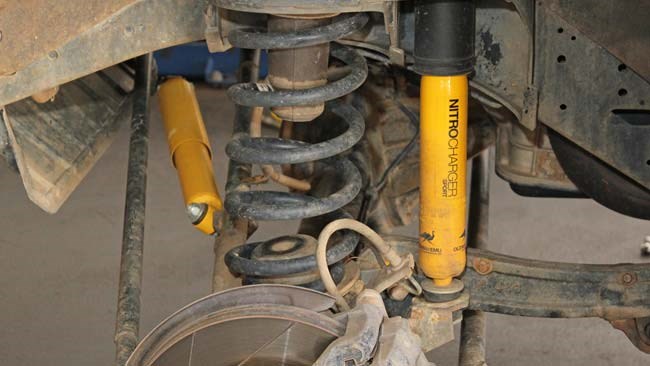 The ARB Old Man Emu Nitrocharger range was updated almost two years ago with the introduction of the Sport shock absorber, offering enhancements in valving and terrain adaptability. At the outset, the concept of terrain adaptability sounded more like marketing spin, but having enjoyed more than 120,000km on our last set of Nitrocharger shockies, we were keen to have a closer look.

Down at ARB, an assessment of our touring load yielded a pair of heavy-duty 400kg constant-load coils for the rear and matching heavy-duty coils for the front. Heavy-duty Nitrocharger Sport shock absorbers were fitted on all corners, similarly engineered for the Patrol. A steering damper, castor correction kit and wheel alignment completed the installation package.

On ARB’s own recommendation, a reinforced rear coil seat kit was fitted by ATOC Auto to protect the chassis from cracks, a weakness inherent in GQ/GU Patrols subjected to heavy load conditions. The guys at ATOC welded the three-piece kit into place, supporting the coil hat and tower structure around the chassis. Fitting charges are additional to the price of the suspension kit.

With the new suspension fitted, rim to guard measurements indicate 798mm for the front and 842mm at the rear, a variation of only a couple of millimetres on our original Old Man Emu kit. With the Patrol and Topaz loaded in touring trim, the Patrol sits flat with plenty of air visible under the rear guards. The ride is firm but controlled, riding well over corrugations, patchy bitumen and unexpected bumps. Rather than crashing through big hits, the suspension is composed, testament to the engineering behind it. Taking it to the next level, we punted the Patrol across the coastline of WA, lugging the camper along desolate and sandy coastal tracks, looking for the limits of the suspension. Two months into a 12-month trip, we weren’t about to do anything silly; bogholes, a sprint along undulating soft sand, or hard surfaces embedded with limestone, but in everything we threw at it, we could not find fault. A Simpson Desert trip planned for later in the year will put articulation to the test, but for the moment, it’s a big thumbs up. For the load-carrying ability afforded, the transformation in ride and the safety benefits, we reckon its money well spent. 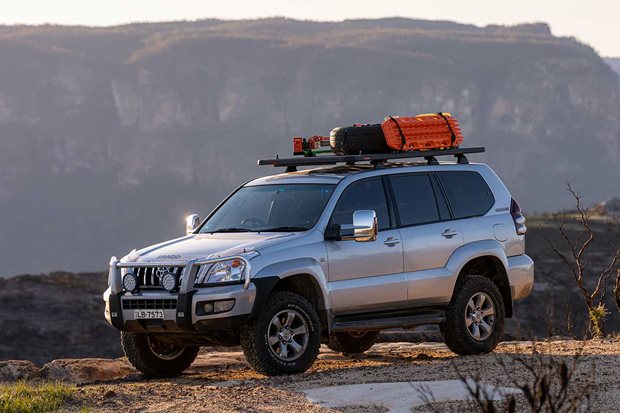 A multipurpose cargo-carrying system that adapts to a variety of loads.