THE head of Opel has become the first senior General Motors executive to confirm that the soon-to-be-revealed new Opel Insignia will replace the locally produced Holden Commodore once production finishes late in 2017.

Speaking after the reveal of the Opel GT Concept - the show car that was hand built in Australia - Opel CEO Dr Karl-Thomas Neumann confirmed what had long been expected - that the next Commodore would come from Europe.

"It's very soon coming," said Dr Neumann of the new Opel Insignia, suggesting it would be revealed within months.

Wheels has already snapped pictures of the new Insignia testing and has reported the car will replace the Commodore.

When asked about how many would be sold in Australia, Dr Neumann said: "I don't know, as many as possible.

"I think the Australians will like this car a lot." 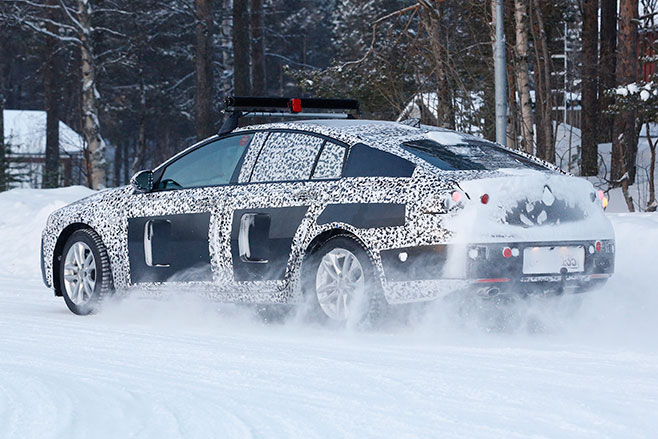 The next-generation Insignia (pictured above, cold-weather testing in Europe last month) will be slightly larger than the current one (a car also sold here by Holden).

But it will be smaller than the current VF Series II Commodore; it will be the first time since the original Commodore in 1978 that the large Holden family car has shrunk in size.

It will also arrive without a V8 engine, making it the first Commodore to miss out on the high-performance option.

Instead, Opel will use a twin-turbocharged V6 to complement the four-cylinder engines that will also be available in the first-ever imported Commodore.