Mazda has given the BT-50 one-tonner a facelift to address the main concerns of 4x4 ute buyers.

Primarily, the changes centre on styling and toning-down the grinning grille that turned many buyers away from the nevertheless popular model.

Outside, a new grille, headlights, bumper and taillights are the most obvious additions, while inside a new and more functional centre stack on XTR and GT models is a huge step forward for the mid-life model. 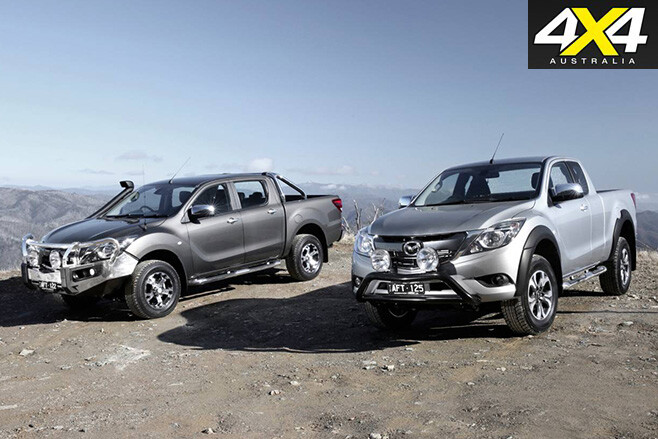 The new, stronger-looking face of the BT-50 does away with the orange indicator lenses that previously exaggerated the swept-back look of the ‘eyes’ and replaces them with clear lenses over dark housings, with darker finishes on the new grille.

The changes are designed to give a more horizontal look than that of the old model, which has the appearance of a girl’s face with her ponytail pulled too tight. Other exterior changes include new taillights with darker red lenses and no chrome trims, new alloy wheel designs, and tubular side steps on XTR and GT models.

The top-spec variants are the ones to benefit most on the inside. While the XT retains the old centre stack with its plethora of small buttons and no A/V screen, the XTR and GT get a new stack featuring a 7.8-inch HD touch screen with all the controls you need, including the sat-nav which, in a first for a production vehicle, is available with full HEMA off-road maps as a $295 option. 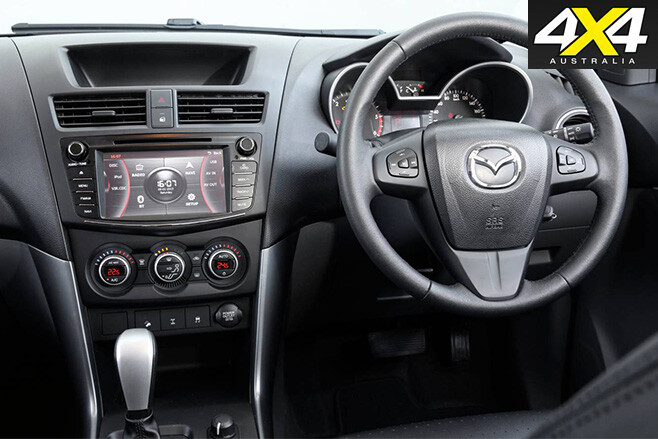 The BT-50 4x4 range continues, as before, with XT, XTR and GT specifications – single-cab, freestyle-cab and double-cab bodies – and the choice of ute or cab-chassis. There are 13 4x4 models in the range.

The engine remains the 3.2-liter five cylinder turbodiesel backed by either a six-speed manual or auto transmission. The engine makes 147kW at 3000rpm and 470Nm from 1750rpm to 2500rpm as it did before, and is unchanged, unlike the similar engine in the Ford Ranger that has benefitted from some improvements to refinement.

The drive train continues to employ part-time 4x4 with low range plus a rear diff lock that is standard on all 4x4 variants. The 2.2L four-cylinder diesel is only available in the 4x2 BT-50 models.

Like Ford, Mazda has also improved the shift quality of the six-speed manual behind the 3.2. The new short-stroke shift is much more direct and positive than the vague shifter in the old model, making the manual much more enjoyable to drive and will ensure it’s the transmission of choice for those who enjoy the control and connectivity of rowing their own ratios, and a better/lower crawl ratio. 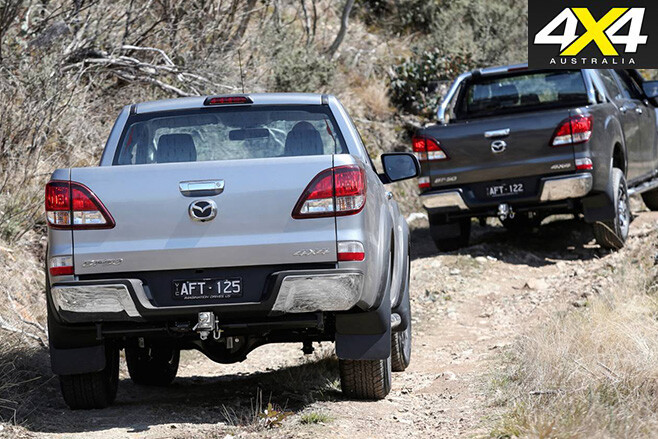 As more manufacturers switch to smaller capacity engines for their 4x4s, the 3.2L engine used by Mazda and Ford will find favour with many buyers who like the feel of bigger engines and the way they deliver their torque.

In the BT-50, the engine is happy to lope along at a relaxed gait, only breathing heavily if you put your foot down. It’s well matched to both the manual and auto transmissions, whatever your choice. The updates to the interior of the top-spec versions also make the BT-50 an easier car to live with. The new dash is far more practical, usable and more in-line with the high-spec levels of utes these days.

The BT-50 has always been a great value for money package, but many would-be buyers couldn’t get over the styling. The value continues, with only an incremental rise in price on some variants, and these are made up for with the added features on the XTR and GT models. With the fresh look, we’re sure many buyers will make the most of the value. 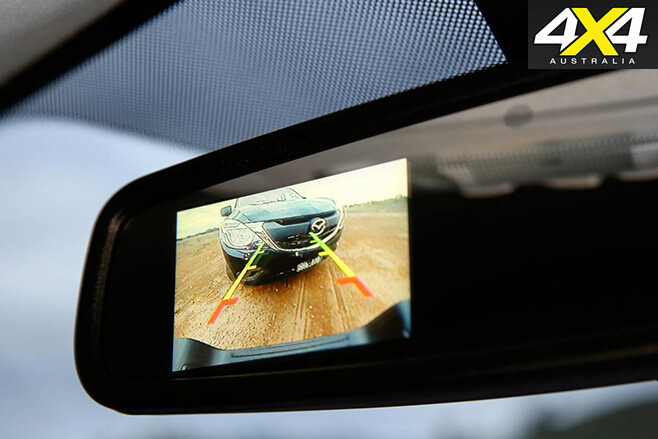 The mid-spec XTR is the model that will appeal to most recreational 4x4ers and it includes in its standard kit: a rear diff lock, trailer sway control, 17-inch alloy wheels, and dual-zone climate control. It now also adds a reversing camera, tubular side steps, auto dimming mirrors, rain sensing wipers, and auto headlamps. The top of the range GT also gets heated exterior mirrors that fold and have embedded indicators, plus privacy glass on the rear windows.

Even in GT trim, the Mazda doesn’t have the refinement and features of some other top-spec utes, but it doesn’t have the $60K price tag either. It actually leaves room for Mazda to introduce a higher-spec model to cater to the lucrative top-of-the-range ute buyers.

As it is, the BT-50 range is modest and targeted to the majority of buyers, both private and fleet buyers, with Mazda hoping to pick up more sales in the fleet segment. Matt Raudonikis
Editor
Matt is a 30-year veteran of the auto industry spending the last five with Bauer media as 4x4 Australia editor.