Porsche’s most advanced Panamera sports sedan yet can deliver either a high speed of 278km/h or low consumption of just 2.5L/100km.

The German brand has released details of its Panamera 4 E-Hybrid ahead of its 2016 Paris motor show debut at the end of September, and its local arrival in mid 2017.

The $242,600 Panamera plug-in hybrid not only reduces fuel use by 0.6L/100km compared with its predecessor, it extends its electric-only range by 15km to a maximum 50km.

It’s also nearly a second quicker to reach 100km/h from standstill, with a quoted time of 4.6 seconds. 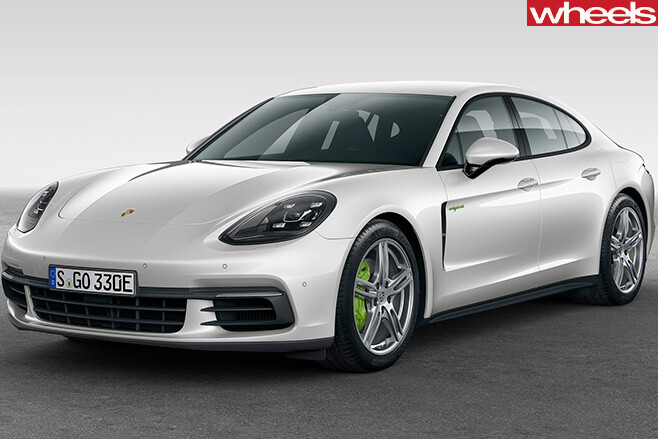 Key to the all-wheel-drive Panamera 4 E-Hybrid’s blend of performance and efficiency is a new 2.9-litre twin-turbo V6 teamed with an uprated electric motor – a partnership expected to be seen on the upcoming Cayenne E-Hybrid.

They produce combined system outputs of 340kW and 700Nm – 34kW and 210Nm higher than the old model. Gearchanges are via the same eight-speed PDK auto used in other Panameras. 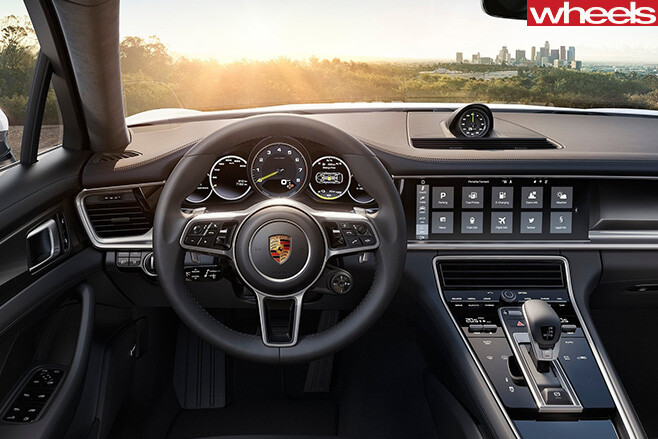 Porsche says the plug-in Panamera’s approach is now based more closely on the 918 Spyder, so the petrol-electric partnership works earlier than before to place more emphasis on performance.

Previously, the throttle had to be depressed four-fifths through its travel before the electric motor would be engaged. The electric motor, powered by a liquid-cooled lithium-ion battery that has greater energy density without increasing in weight, is now available at all times. 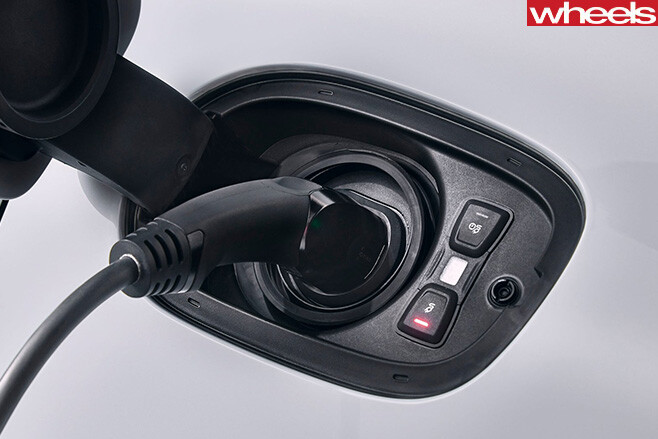 Four modes are specific to this Panamera. E-Power is the default, pure electric mode; Hybrid Auto alternates/mixes the two power sources automatically for maximum efficiency; E-Hold uses the V6 to pre-emptively conserve battery power so it can be uses in a specific “environmental zone” such as the city; E-Charge prioritises charging the battery by lifting the power of the V6.

There’s also Sport and Sport Plus modes that use the V6 continuously, with the latter mode delivering maximum performance.

Charging takes 5.8 hours using the standard 3.6kW charger, according to Porsche. That can be cut to 3.6 hours using an optional 7.2kW charger.