Sprung testing in Michigan nearly a year out from its speculated launch in the USA is what appears to be a facelifted version of the popular American medium SUV, wearing plenty of body camo to keep our spy photographers guessing. The hot-selling Jeep Cherokee has been selling brilliantly in 2015, taking the fight to the Mazda CX-5 and Toyota RAV4 opposition. 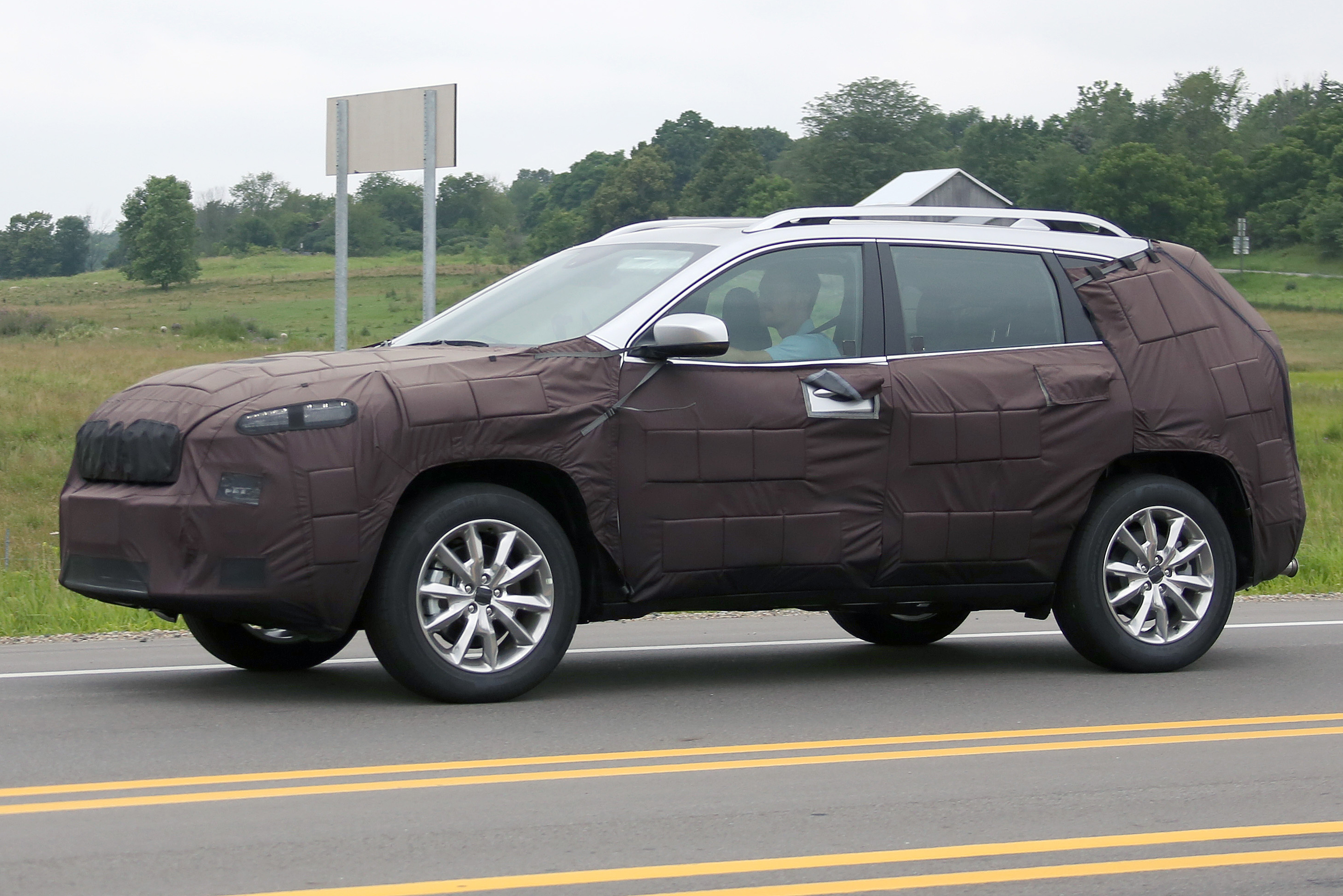 However, more questions than answers have been raised (with this prototype at least), since closer inspection reveals that almost no exterior panels have changed; even the lower front air intakes and wheels are the same as the KL-series model released in Australia in June 2014. One senior FCA executive has already gone on record as saying that the existing vehicle’s styling is “spot on”, so the lack of visual alteration should probably come as no surprise. 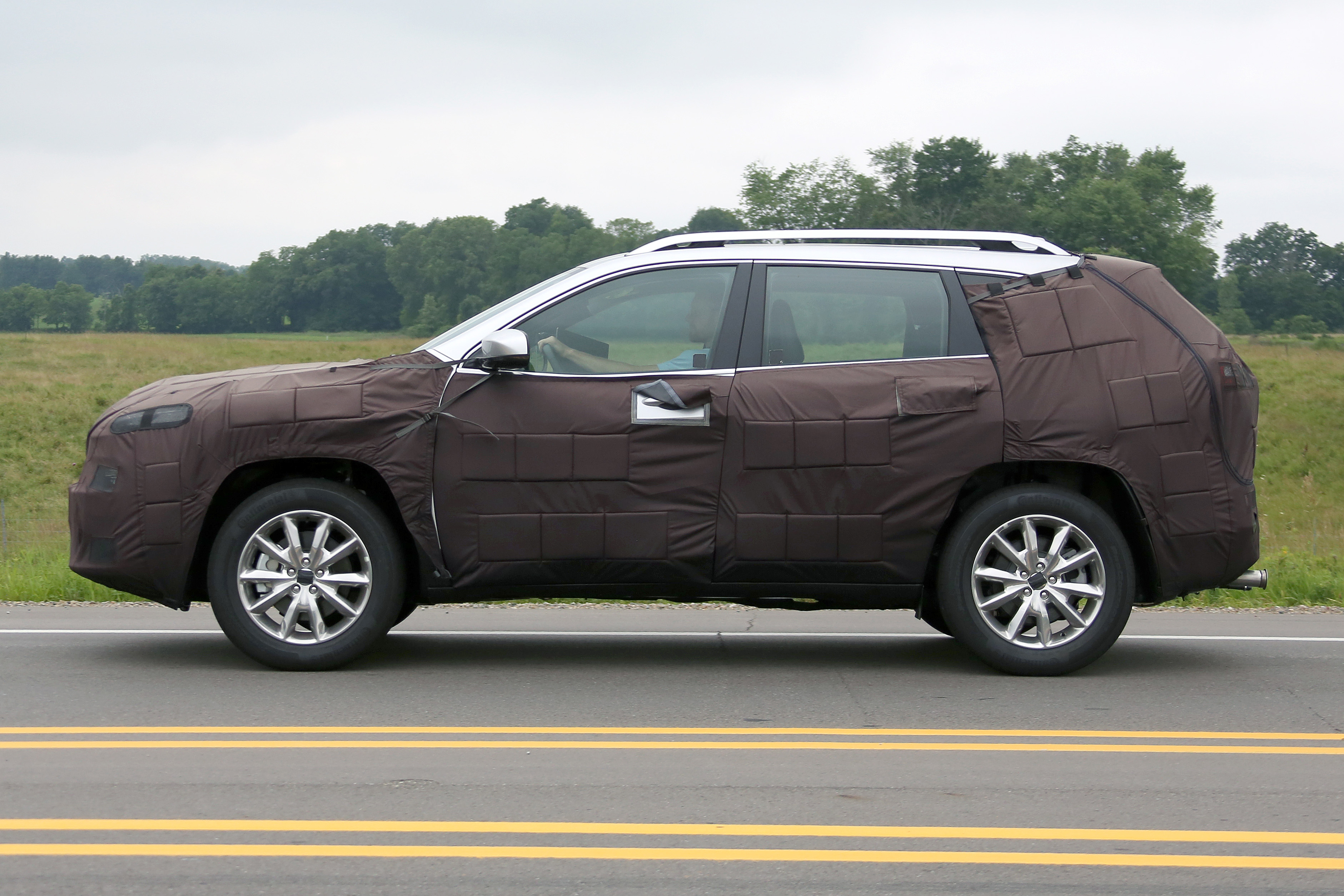 What we are hearing instead, though is that the 2017 Jeep Cherokee will undergo a series of engineering updates, including the fitment of more powerful yet efficient engines to help it meet more stringent economy and emissions targets.

As the prototype’s dual exhaust pipes suggest beneath that extensive canvas body cladding, the latter will also include a turbocharged version of the existing 2.4-litre four-cylinder petrol engine. Also destined for the upcoming Dodge Dart SRT small sedan that the SUV shares many architectural components with, the ‘Tigershark’ turbo is rumoured to pump out over 220kW of power and 405Nm of torque.

Additionally, it is being reported that the 2017 Jeep Cherokee will also receive retuned steering and suspension components, as well as an upgraded noise/vibration/harshness package to help make it both more dynamic and refined.

Not that buyers are complaining. A year on from its June 2014 launch in Australia, the current Cherokee has sold strongly, overtaking the admittedly ageing Kia Sportage and sitting just 40 units shy of the long-established Honda CR-V at 4297 sales year-to-date.

Should the 2017 Cherokee SRT make it to Australia, expect pricing to sit in the higher end of the medium SUV spectrum, against sportier opponents like the successor to today’s Volkswagen Tiguan 155TSI R-Line (from $44,990) and Forester XT Premium (from $47,990).