Korea unveils its first performance sedan, due in Oz in September 2017

Kia has pulled the covers off its first true performance model, the Stinger GT sedan, at the Detroit Auto Show.

As local manufacturers vacate the large, rear-drive segment the Koreans are embracing it with gusto, with Kia’s forthcoming Stinger expect to be joined by new offerings from Hyundai’s Genesis range in 2017.

The Stinger’s bold styling was previewed by Kia’s GT Concept that appeared at the 2011 Frankfurt Motor show, however it takes its name from the sporty coupe that appeared at Detroit in 2014. 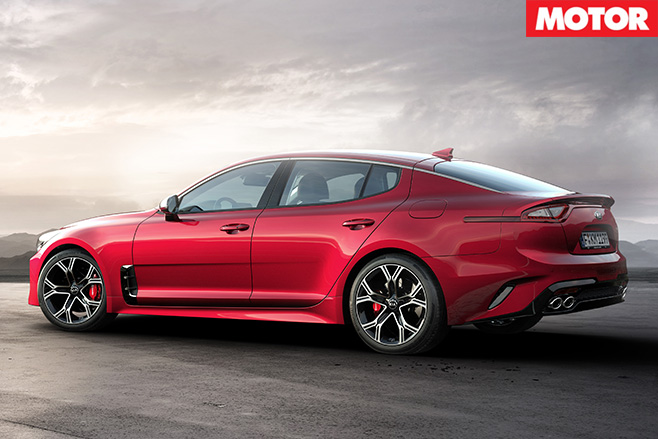 Designed by Kia’s gun styling guru Peter Schreyer, the Stinger adopts the fashionable four-door coupe profile, with hints of Audi A7 in its rear-three-quarter view. There are plenty of unique design touches, however, most notably the striking ‘Cleopatra’s eyes’ taillights. 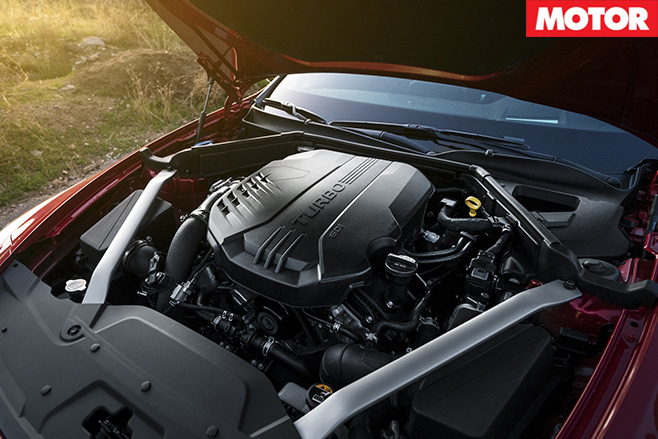 Overseeing the Stinger’s dynamic development is Albert Biermann, formerly head of BMW’s M Division and currently the man in charge of Hyundai’s forthcoming N performance sub-brand. Extensive testing has taken place at the Nurburging though the car will also receive local tuning at the hands of Kia’s Australian suspension team.

All-wheel drive is available overseas, however Australian Stingers will be rear-wheel drive only, feeding power through an eight-speed automatic gearbox. 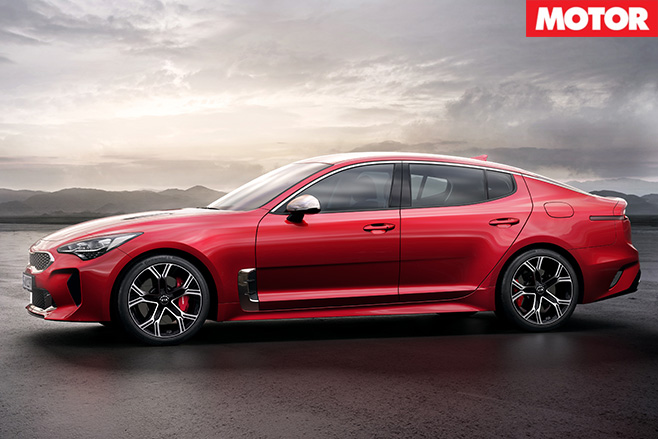 What’s truly impressive is that the Stinger is expected to go on sale in September in the low-$50,000 bracket, making it a lot of car for the money, especially backed by Kia’s industry-leading seven-year warranty and capped price service program.

We’ll be sliding behind the wheel of the production Stinger later this year, however our sister publication Wheels has scored an early prototype taste which you can find here. 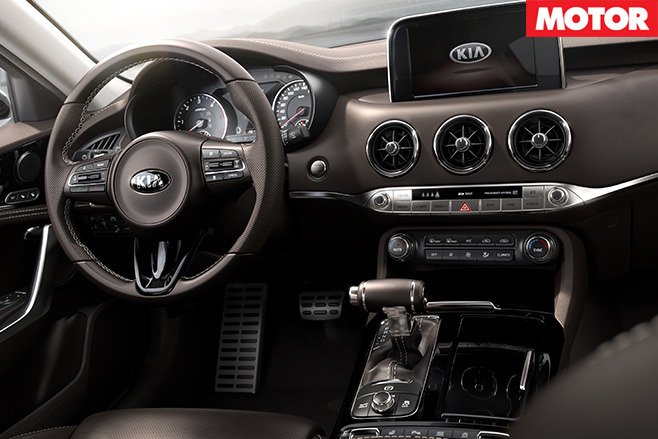