THE most powerful E-Class Mercedes ever will combine sledgehammer performance with new levels of technology and styling when it arrives Down Under in mid-2017.

Described by AMG boss Tobias Moers as “the biggest step we’ve ever made in a generation change”, the Mercedes-AMG E63S will not only be the most powerful E-Class Mercedes to date, it will also feature all-wheel drive for the first time, linked to a nine-speed automatic transmission. 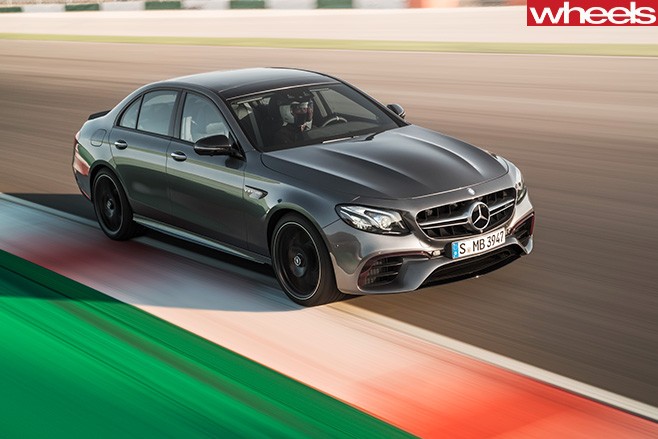 The flagship E63S model will be powered by a hand-built, twin-turbocharged 4.0-litre V8 making a staggering 450kW of power and 850Nm of torque, higher outputs even than Mercedes-AMG’s GT R sports coupe. Peak torque is on tap from 2500-4500rpm. The ‘base’ model E63, not yet conformed for Australia, will boast 420kW and 740Nm.

How fast will the E63S be? Moers says it will be “faster on the Nordschleife [Nurburgring] than ever. It’s going to be under 7m50sec”. To put it in perspective, remember that ’Ring-burning 2008 spat between Nissan and Porsche over whether the GT-R or the Porsche 911 Turbo was the fastest production car around the circuit? They were posting similar times. 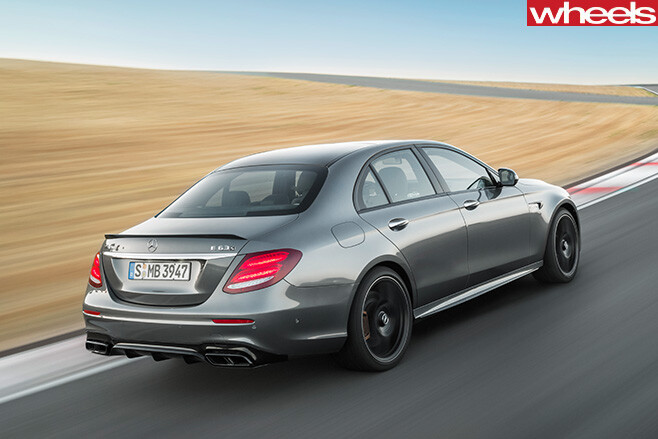 Despite increases in horsepower and torque the new twin-turbo 4.0-litre V8 will be more fuel efficient via an AMG-developed cylinder deactivation system than can shut down four cylinders when the car is cruising.

Mercedes is claiming the new E63S will rocket from 0-100km/h in just 3.4 seconds, more than 0.5sec quicker than the outgoing E63 S. That improved acceleration is attributed to the twin-scroll turbochargers being mounted in the vee of the V8, making the engine more responsive, and all-wheel grip from Mercedes’ 4MATIC system, which will enable the E63 S to put every kilowatt to the tarmac via a 20-inch wheel and tyre package. The all-wheel-drive system can also vary torque split front-to-rear. When Drift Mode is selected it sends 100 percent of power to the rear wheels, perfect for track day hot lapping. The car remains rear-drive until Drift Model is deactivated.

Benz’s Air Body Control suspension is standard but AMG has tweaked it for even higher levels of stability and cornering speeds and it now combines dynamics, steering precision and comfort. 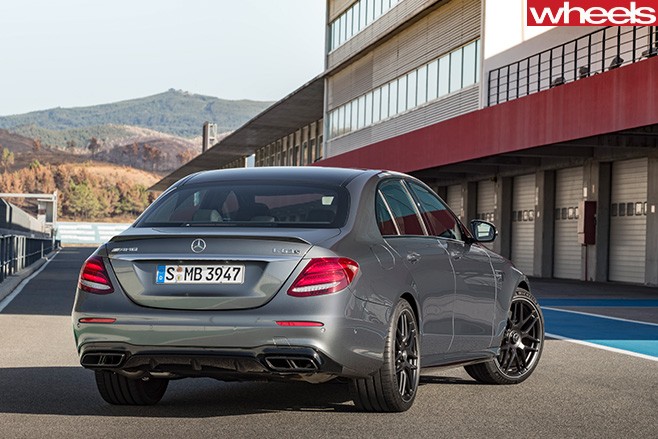 Befitting its Teutonic muscle car status, the E63S looks fast standing still via its purposeful styling. Everything forward of the windscreen is specific to the E63 including a deeper splitter and AMG grille, and flared wheel arches accommodate a wider track and those 20-inch alloys.

It’s estimated the wildest Mercedes-Benz E-Class yet will set you back around $250,000 when it lands here next year but don’t hold your breath for the wagon version that will be available overseas.