This is the first time the Stuttgart brand has unveiled a flagship model grade – beyond the single-spec 918 Spyder – that uses petrol-electric power … and the results are telling.

The Panamera Turbo’s 404kW/770Nm 4.0-litre twin-turbo V8 engine has been used, but now combines with an electric motor in the Panamera Turbo S E-Hybrid to deliver 500kW/850Nm, the latter available from “just above idle” according to its maker. 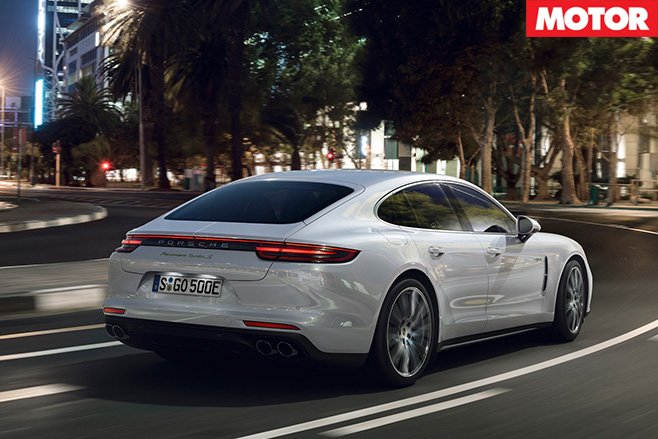 A claimed 3.4-second 0-100km/h is four-tenths faster on the way to a 310km/h top speed. The Turbo S E-Hybrid is now both a performance and torque match for the recently unveiled petrol-only Mercedes-AMG E63 S.

Yet the Porsche can be plugged into your household powerpoint. To separate petrol engine from electric motor, they each in this application deliver 404kW and 100kW respectively.

A lithium-ion battery package is rated at 14.1kWh and can be fully recharged (drawing from a 10-amp outlet) in six hours, or 2.4 hours if an optional fast-charge facility is installed. 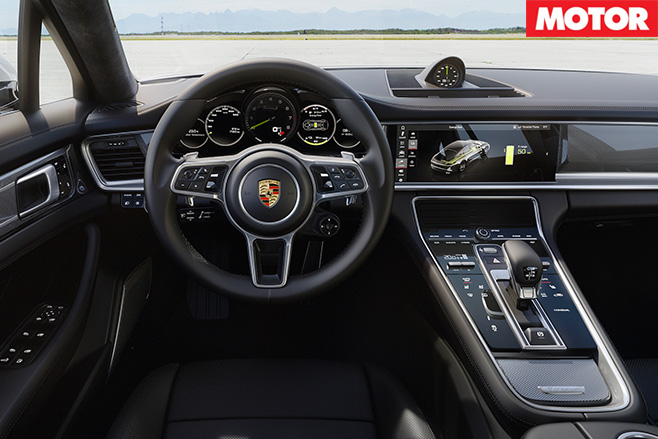 Doing so gifts 50km of electric-only driving, and that also allows the Turbo S E-Hybrid to post official fuel consumption of 2.9 litres per 100 kilometres. That caveat is that once beyond the initial half-electric 100km, that low fuel figure won’t be seen until the next recharge.

When the Panamera Turbo S E-Hybrid arrives in Australia in the third quarter of 2017 it will command a hefty $83K premium over its Turbo sibling, with a towering pricetag of $460,100 (plus on-road costs) that’s even $4K higher than a 911 Turbo S. 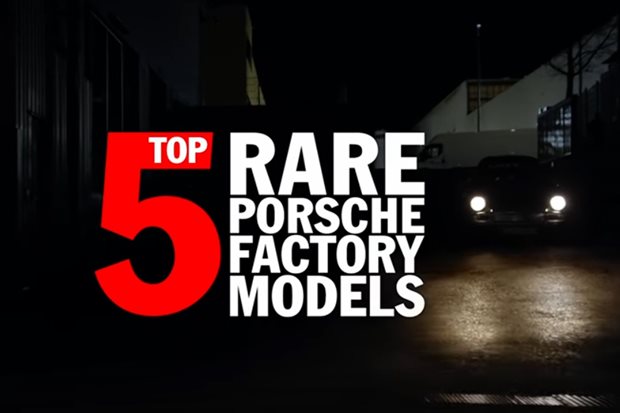