The Crown large luxo sedan is to Japan what the Commodore is to Australia, but, unlike the beloved Commo, throughout the Crown’s 63-year history it has always been offered in front-engined, rear-wheel drive - and that includes the newest incarnation. 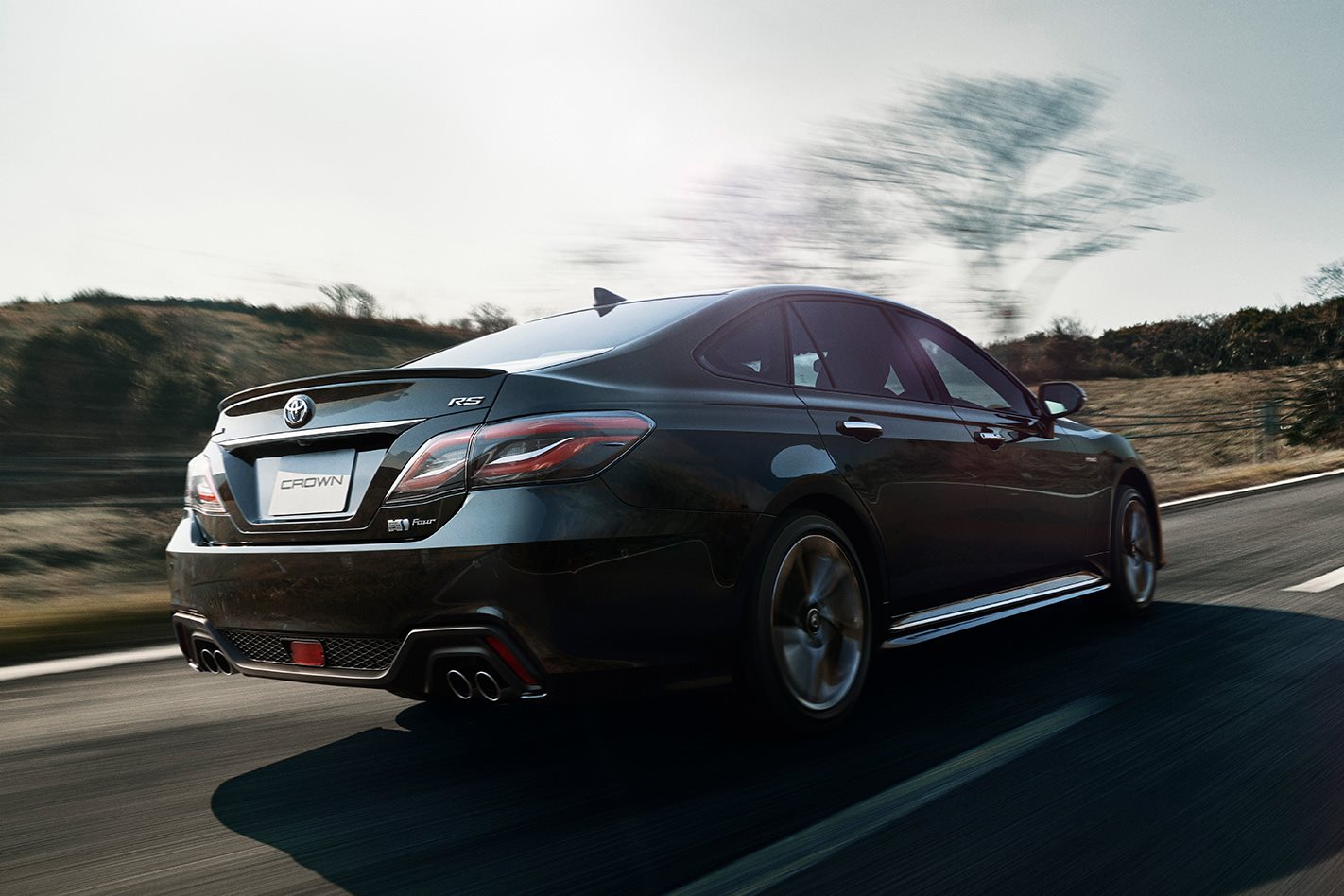 But the platform that underpins the 2019 Crown is the first rear-drive evolution of the Toyota New Global Architecture (TNGA), which also provides the basis for the Prius, CH-R and Corolla hatch (GA-C) as well as the Camry and RAV4 (GA-K).

That means Toyota has a new front-engined, rear-wheel drive platform that has the potential to underpin other models of all sizes aimed at driving enthusiasts. No it’s not the 86’s unique Subaru-derived ZN6 platform, and no it’s not the same as the revenant Supra’s architecture – that will come from partner BMW and will be shared with the new Z4. 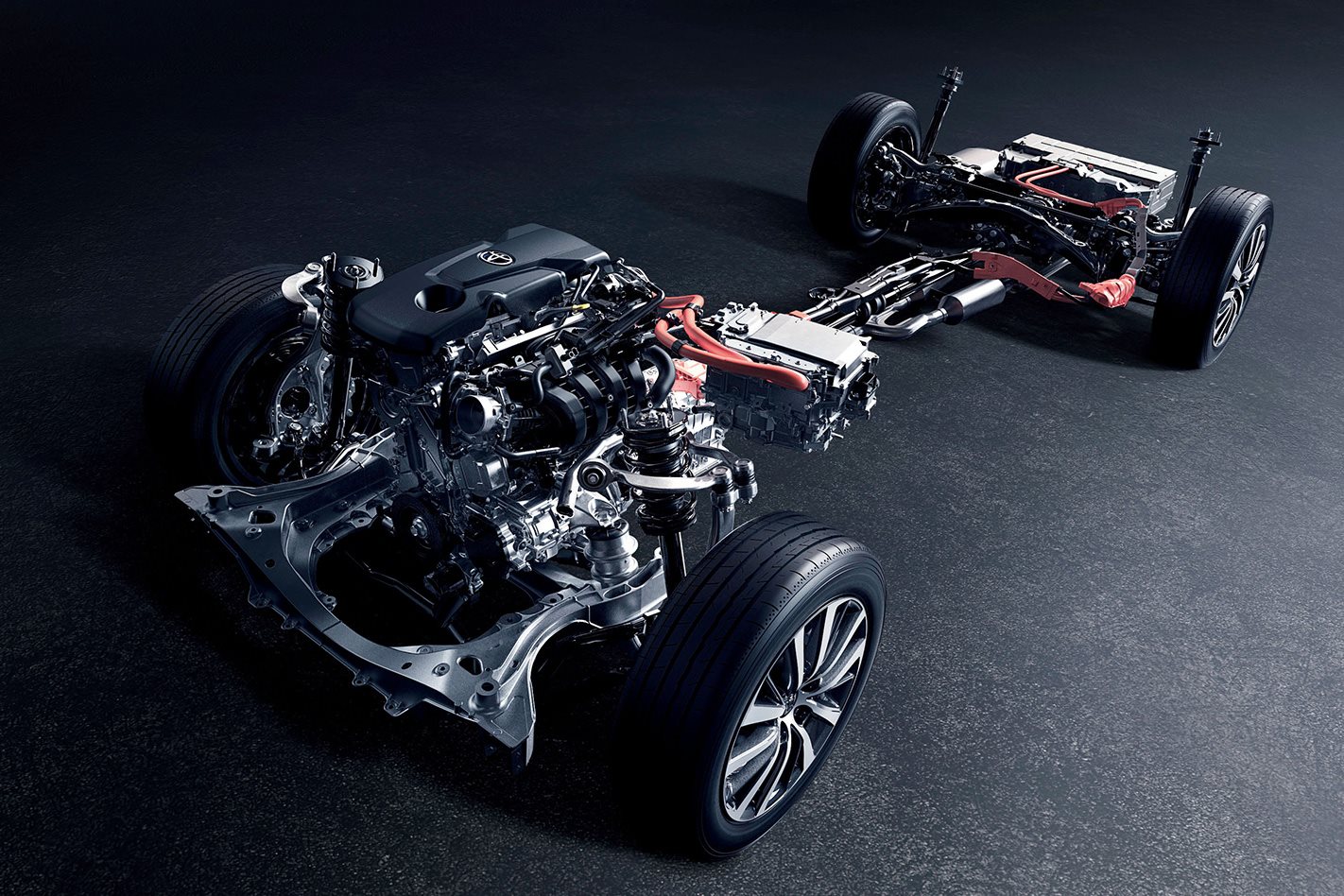 Like the S-Class, the Crown has frequently been the debut platform for Toyota’s cutting-edge tech, a testing ground before those features filter down to other Toyota models. Indeed, the Japanese car maker highlights the Crown as its technological showcase in previous years.

“Cutting-edge technologies that are now used in many vehicles featured in the Crown before any others on the road,” it says.

As for powertrains, while previous Crown models have evolved through an extraordinarily diverse range of engines including diesels, hybrids and V8s – in addition to the mainstay six-cylinder petrols, the latest version is in keeping with Toyota’s strategy to downsize and boost efficiency with three eco-focused options.

A 180kW 2.0-litre turbo four-cylinder opens the bidding coupled to an eight-speed automatic transmission, a 135kW 2.5-litre four-pot with 105kW Toyota Hybrid System II looks after the middle of the range, while a 220kW 3.5-litre V6 boosted by 132kW Multi-Stage Hybrid Transmission rounds out the top of the pack. Max power outputs for the hybrids total 166kW and 264kW respectively. 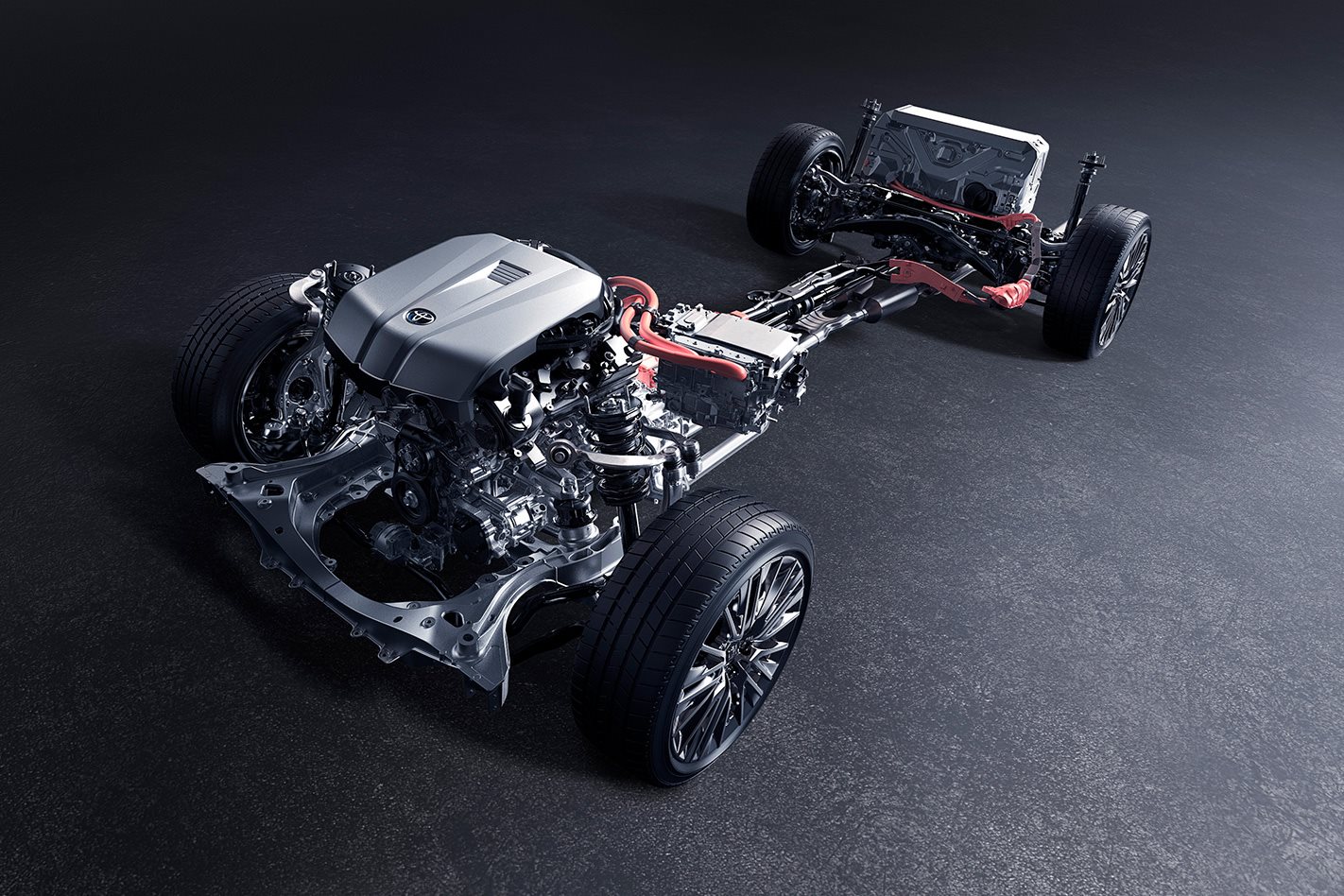 The latter drivetrain represents another first for the company and brings a more conventional gearbox to control the combined V6 engine and electric motor output. The result, says Toyota, is a drivetrain that offers strong acceleration from lower speeds but more cruising efficiency.

No range figures are provided, but the company confirms the new system allows pure electric power and emissions-free driving as well as hybrid operation. A nickel-metal hydride battery provides power to the 2.4-litre version, while a more cutting-edge lithium-ion pack powers the V6 version, suggesting it will be the EV range champ. 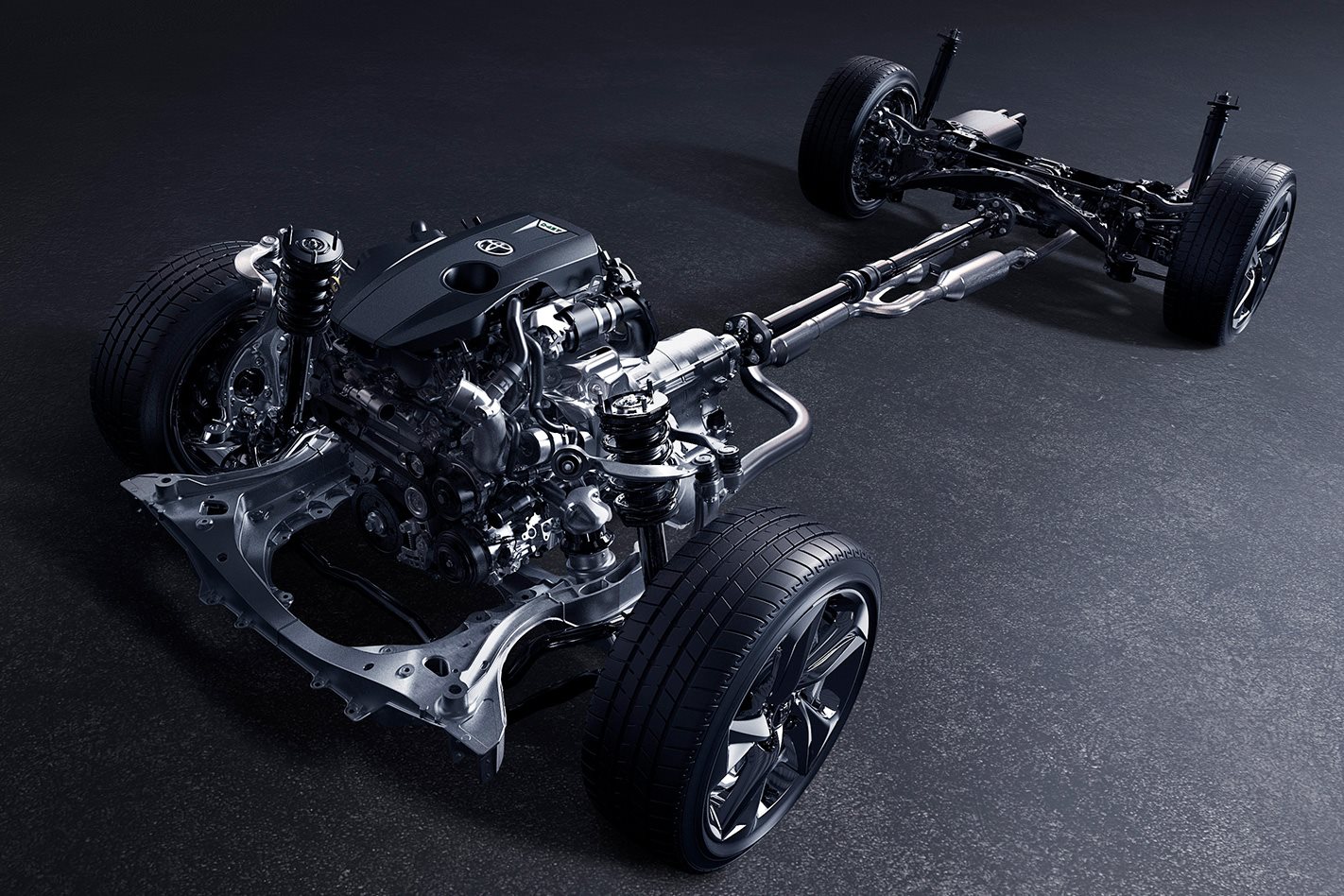 The car maker is remaining coy on plans for the bundle of new technology to debut in the new Crown, but with sparkly hybrid technology, a new turbo engine and almost endless rear-wheel drive model scope, Toyota has the potential to continue the performance car push, ignited by the 86 and eagerly anticipated Supra.