Ferrari has confirmed our expectations for its next big bad Prancer, the 488 Pista.

In its first official press release to refer to it by name, specifications and images of the Ferrari 488 Pista have been confirmed to be just as we thought.

Acting as the spiritual successor to the likes of the 360 Challenge Stradale, 430 Scuderia and 458 Speciale, it represents a more hardcore evolution of the 488. 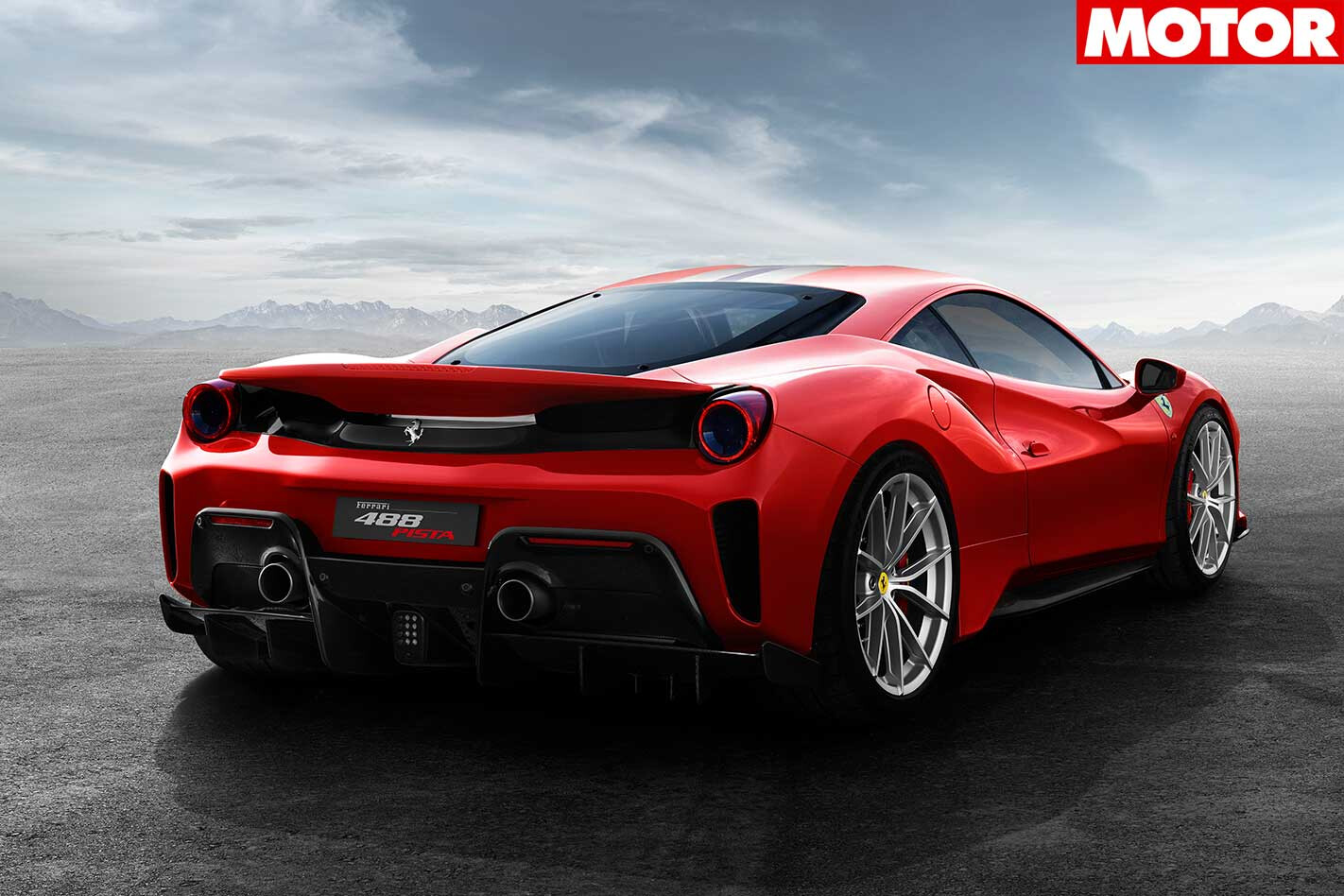 Its name, Pista, is Italian for ‘track’ and is an homage “to Ferrari’s unparalleled heritage in motor sports,” the brand says.

Ferrari says this is the biggest increase in power a special series car has ever achieved over the model it’s based on. It adds that at any engine speed, the torque out-performs that of a 488 GTB.

It's also faster to 100km/h with Ferrari claiming a "2.85" second run. Conveniently half a tenth quicker than a 720S or Huracan Performante. Add to the equation that the Pista weighs 1280kg dry, and the recipe is starting to look like it’ll turn out something properly wild.

The weight has been shed through extensive use of carbon fibre for wheels, engine cover, bumpers and rear spoiler.

Ferrari’s statement that the Pista honours its racing heritage carries over into its design, with an “F1-inspired S-Duct” and the front diffusers featuring a ramp angle optimised for the 488 GTE racer. 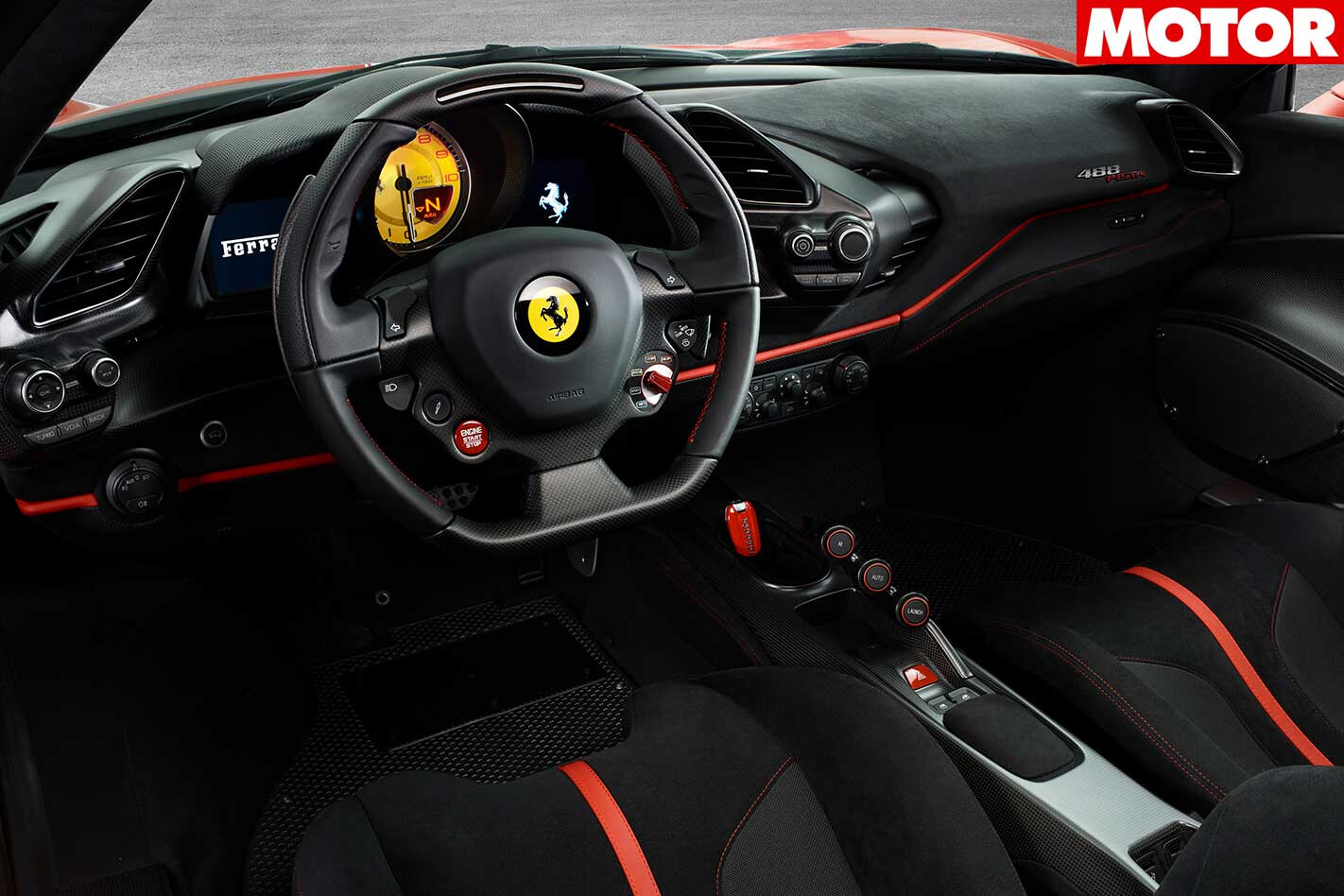 Additionally, mechanical elements such as exhaust manifolds, a lightweight crankshaft and flywheel, titanium con-rods, and carbon-fibre intake plenums were taken from the 488 Challenge, as were the turbos.