Sun-chasers won’t be the only people wanting a Ford Mustang convertible when the 2018 model arrives next year.

Mustang’s new active exhaust system, announced as an option on US variants, will make the drop-top appealing to sound addicts as well.

Exclusively matched to the GT variant, drivers will be able to adjust the volume belt out by the ‘Coyote’ 5.0-litre V8. 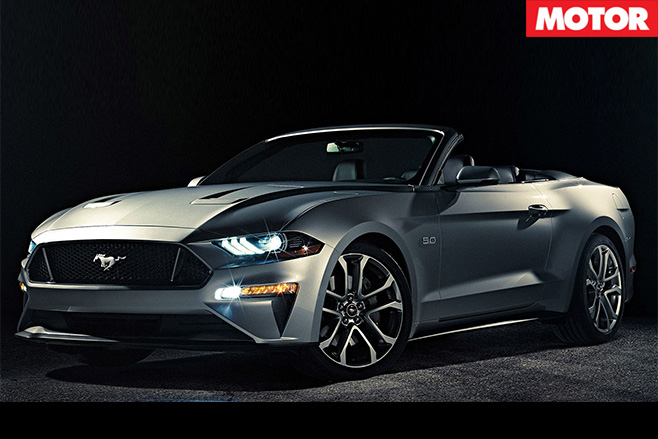 The technology arrives just in time for the new Mustang’s first engine tweak since launch, with Ford reportedly switching to dual-injection and upping the V8’s compression ratio.

This has resulted in more power and revs, but Ford’s yet to reveal what effect this has had on the car’s current 306kW and 530Nm.

The brand’s Mustang GT350R features a switchable system, but this new active exhaust is pegged to offer more than just a volume dial.

Ford’s press release promised “an audible experience like never before, with a fully variable sountrack to match the entire acceleration range.”

However it works, footage posted on Twitter of a 2018 Mustang GT clearing its throat shows it works well.

Announced as part of the Mustang’s extensive 2018 model year upgrade, the active exhaust will be offered to US buyers as an option.

It isn’t part of the Performance Pack which gifts Mustangs a performance spoiler and magnetic adaptive dampers, most likely to keep the pack available to EcoBoost customers. 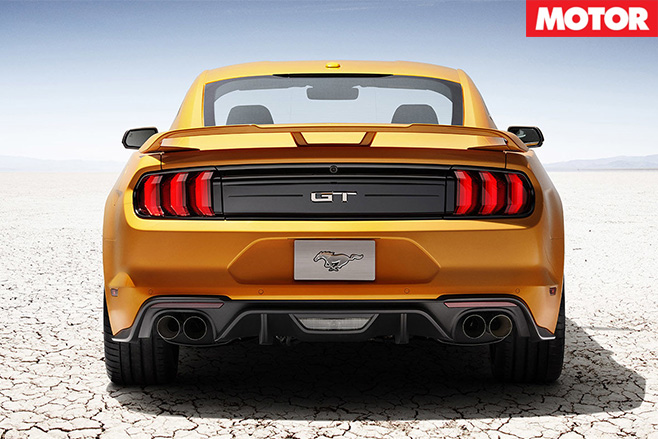 There’s isn’t any word yet on what exactly Aussies will have access to, however we believe Ford Oz wants the adaptive dampers brought Down Under.

Further details on the local availability of exhaust, however, will be announced closer to the Aussie launch of the new model in late 2018.