A raft of changes introduced for Ford’s facelifted Pony Car

It’s only been on Aussie shores for a little over 12 months, but the Ford Mustang will undergo a significant transformation for the 2018 model year.

Most notable is the revised styling, with a lower, redesigned bonnet and grille along with new bonnet vents and narrower, all-LED headlights. At the rear there’s a new bumper, fascia and optional performance spoiler, while the V8 scores quad exhaust tips. 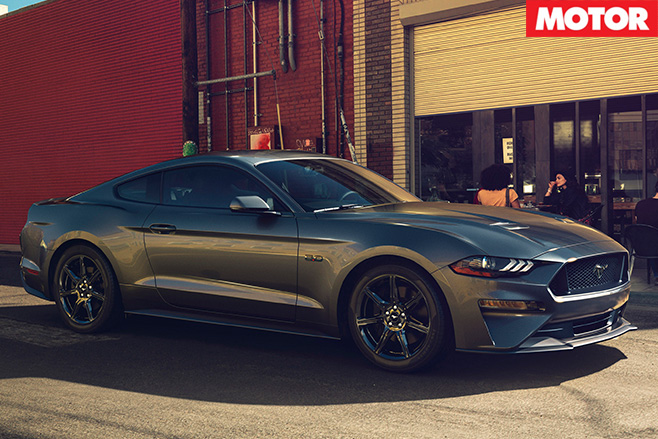 Inside, Ford has made an effort to lift the car’s perceived quality with aluminium trim highlights and contrast stitching on the centre console, while the instrument display is now a customisable 12-inch LCD screen. Active safety equipment also appears for the first time, including lane keep assist and pre-collision warning. 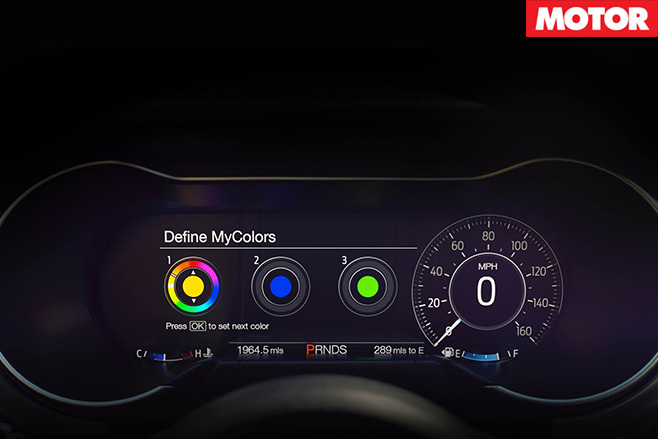 Of course, it’s what’s under the bonnet that is of most interest and the good news is that both the 5.0-litre V8 and 2.3-litre Ecoboost four will benefit from increased power and torque. Frustratingly, Ford has yet to confirm the exact figures, but claims the V8 has been thoroughly worked to make it more powerful and higher-revving than any Mustang GT engine before. 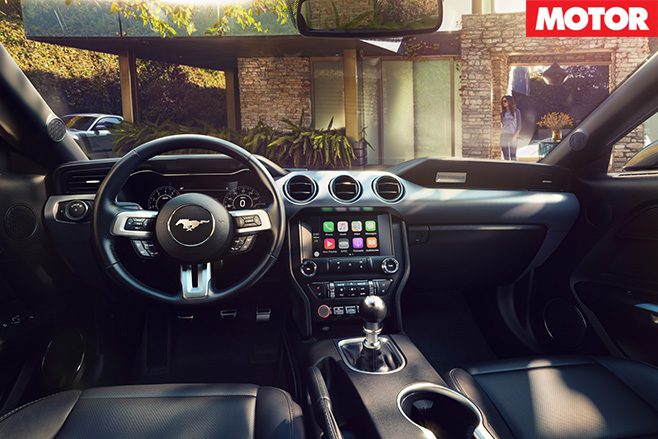 The power increase is primarily due to the adoption of direct and port fuel injection, while an optional active exhaust will be available to offer some more V8 noise. The Ecoboost engine now benefits from Ford’s transient overboost technology, which will liberate higher outputs for a certain length of time.

Gearbox choice is now a revised six-speed manual or a 10-speed (!) automatic which promises quicker shift times, better response and improved performance and fuel economy compared to the outgoing six-speeder. 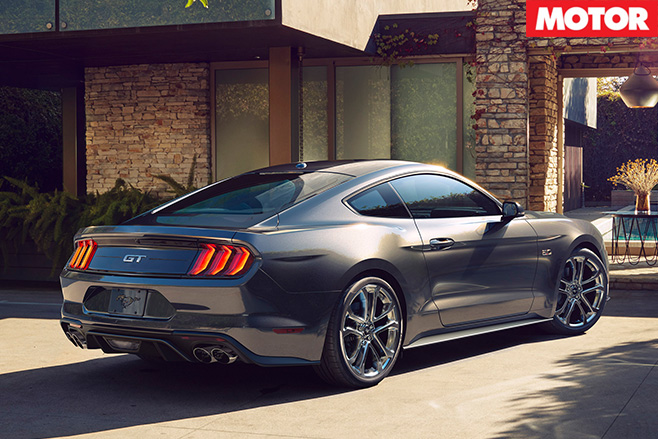 It’s too early to comment on local pricing, however the 2018 Ford Mustang will hit Australian showrooms in 2018 following a US release in autumn 2017.