There’s no such thing as a ‘safe bet’ when it comes to facelifting iconic cars - just ask the poor Subaru designers who cop flak every time they give the Subaru WRX a new set of headlights.

So a minor nip and tuck to the Ford Mustang was never going to go unnoticed.

The new look has leaked in a video published on a Ford Mustang forum, claiming to show the 2018 Mustang with a few key cosmetic tweaks.

The video, which has Ford title graphics and is unambiguously called “2018 Ford Mustang Running Footage”, shows a yellow Mustang going through its paces sporting its new, slightly frowny face (compare and contrast with the current model pictured in red below). 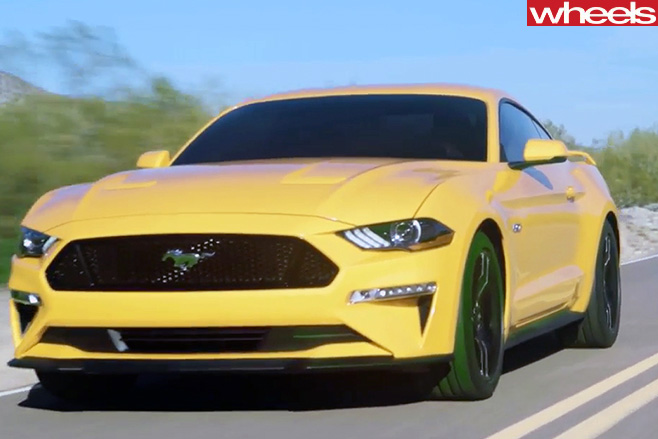 The main grille is a similar shape to the model currently on sale, but there’s been some eye surgery applied that gives the 2018 model’s headlights a droopy, snoozy look. Their turned-down corners line up with similarly sad-looking creases on either side of the lower grille, beneath the LED daytime running lamp strips.

Does it look more aggressive, or is the end result a car that suffers from Resting Bitch Face? The market will decide that one.

At the rear, it appears the updated Mustang will lose its body-coloured faux diffuser and gain slightly curved tail lamp plastics. The circular GT badge surround also gets dumped, replaced by a flush-mounted GT graphic. 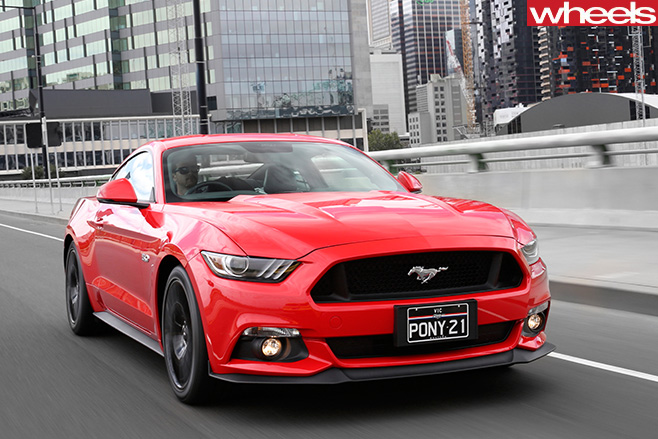 Apart from the styling changes, the leaked video reveals nothing about what’s under the bonnet, or other specification changes. There has been talk of a hybrid Mustang, though that’s not expected until 2020 in the next generation model.

The good news is we shouldn’t have to wait long to learn more about the Mustang’s new facelift – full details should be dropping overnight.