FORD has finally confirmed the most highly anticipated ute release of 2018: a beefed-up, high-performance Ford Ranger Raptor is coming to Aussie roads.

To be sold under the Ford Performance umbrella, the Raptor flagship will showcase Australian-led engineering and usher in a host of performance and off-road upgrades to cement its place as Australia’s most extreme trade ute. 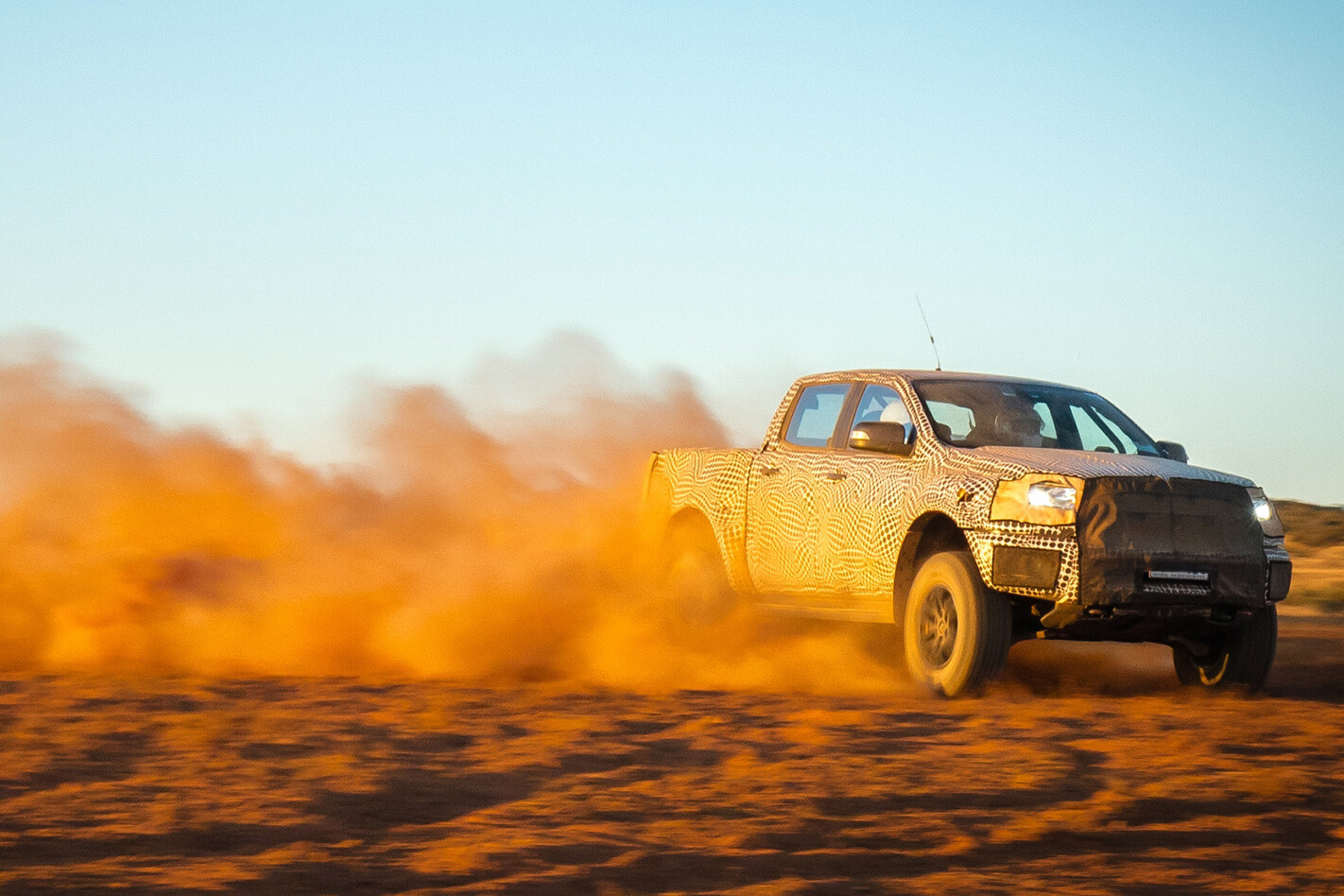 Key to this will be an upgraded platform and a host of mechanical changes including a new 10-speed automatic gearbox co-developed with General Motors and rear disc brakes, the latter being a Ford Ranger first.

The rear end, too, will be styled more aggressively and feature a unique cargo bay required to house the Raptor’s wider rear rubber and overhauled suspension, which is tipped to ditch the regular Ranger’s leaf springs in favour of a version of the Everest’s Aussie-developed coil-sprung multi-link set-up.

Boosted ground clearance, wider tracks and robust wheels and tyres are also expected to hammer home the Raptor’s place as a variant built for hardcore off-roading and high-speed desert bashing. 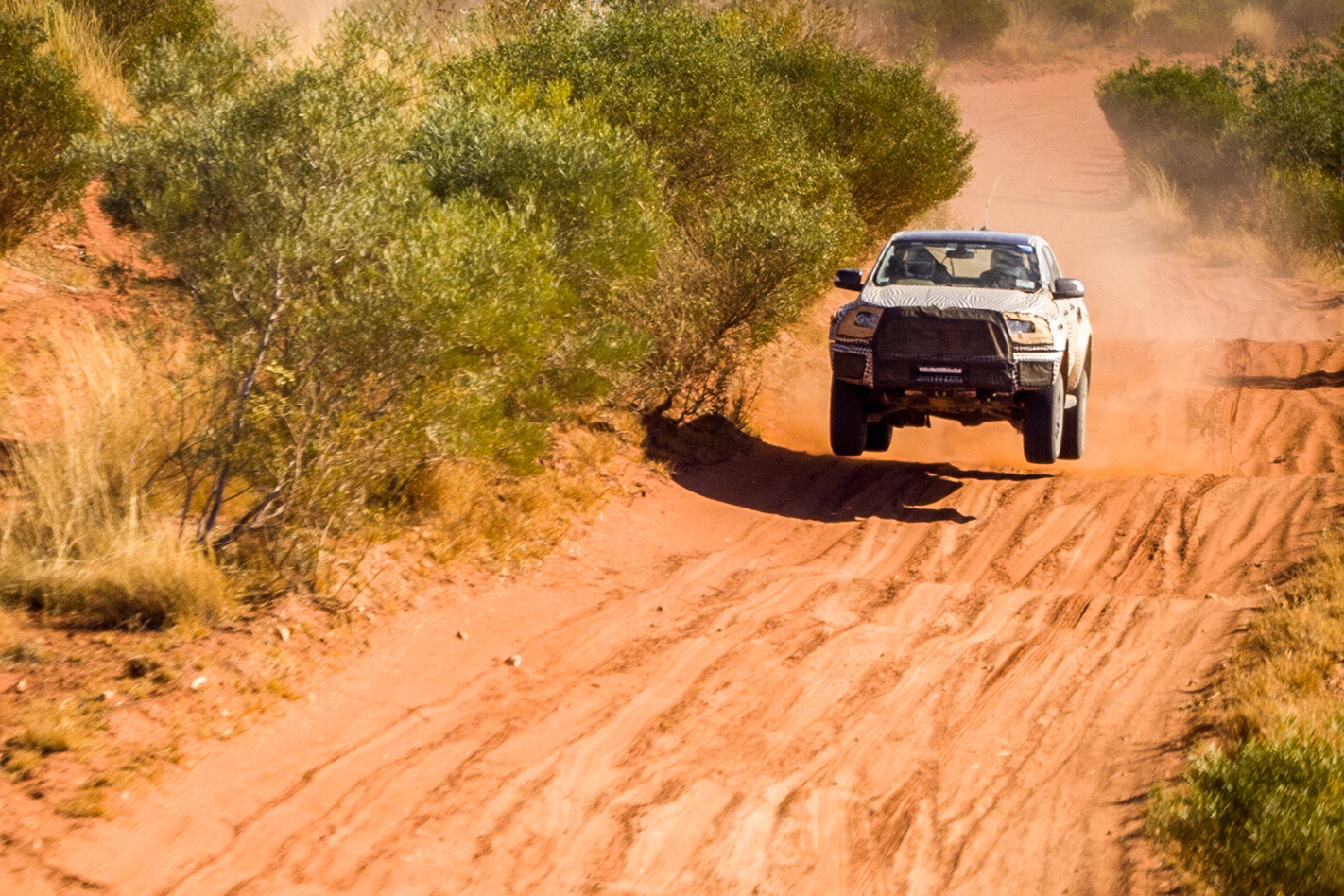 The key piece of the puzzle yet to be confirmed is what engine will power the Raptor. While the larger F150 Raptor’s 331kW/691Nm 3.5-litre twin-turbo EcoBoost petrol V6 will be available in America, it’s unlikely this engine will make it Down Under. An upgraded version of the Ranger’s current 147kW/470Nm inline five-cylinder diesel is another option, though Wheels understands a new four-cylinder turbo-diesel is also being considered.

Also unclear is exactly when the Raptor will land in Australia, though expect it to go on sale in the second half of 2018 where it will inject a welcome dose of excitement to the big-selling Ranger line-up. Ford has sold more than 28,000 Rangers this year, making it the brand’s most popular model line by a factor of four. And given high-end XLT and Wildtrack (below) variants make up around 60 percent of the current Ranger model mix, there’s clearly a market for an even more expensive flagship. As for what the Raptor will cost, official pricing is yet to be confirmed, though given the Wildtrack retails for around $60,000, expect a price-tag somewhere in the $80K bracket.

Ford’s bid to bring the Raptor to Australia hasn’t been without a few speedbumps, with the company locked in a legal despute with Toyota over the use of the Raptor name.

Hino Motors, the truck division of Toyota, previously owned the Raptor trademark after securing the rights to it in the early 1990s. Though it appears Hino has never used the name, it had ensured its hold over it was regularly updated and refused to relinquish ownership to Ford.

The Blue Oval tried to strip Hino of the trademark “on the basis of alleged non-use”, but IP Australia told Wheels, “Hino Motors opposed this request for removal action.”

The two companies were understood to be in a “cooling-off period” before further negotiations continued, though Ford has since told Wheels “there are no issues anymore”. How the agreement was reached, given the Ranger is currently locked in an intense sales battle with the Toyota Hilux for trade-ute supremacy in Australia, remains unknown.