2018 Holden Commodore: Under the skin

With undisguised shots at last in our midst, a much clearer picture of the NG Commodore underneath is also taking shape.

HOT on the heels of the next-gen Opel Insignia breaking cover in California, we’ve pieced together what we believe so far about the vital 2018 Holden Commodore beneath that handsome skin.

Heralding the death of the big four-door sedan in the Lion brand’s line-up, the NG Commodore (or possibly GB if we follow Holden’s code for the existing GA Insignia VXR) will launch in early 2018 in five-door hatchback and wagon flavours. 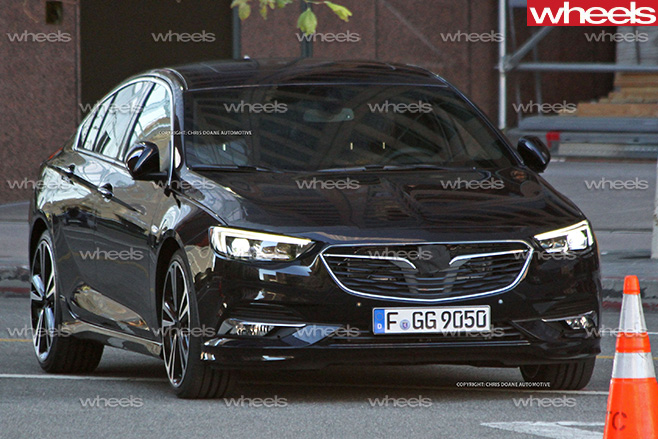 Three engine choices will be offered initially, beginning with a circa-180kW 2.0-litre four-cylinder turbo petrol, as well as a 2.0-litre turbo-diesel (in about 120kW standard or maybe even 145kW bi-turbo tune). These will have an eight-speed automatic, driving either the front or all four wheels via a trick new AWD system known as Twinster. Retaining a prop shaft obviously, but doing away with a rear differential, it features instead a pair of individual clutches (hence the name) that constantly control and distribute wheel torque and speed, even during engine braking on overrun, to “generate a rear-drive feel”. Sounds enticing.

Of more interest to Commodore traditionalists is the 230kW/370Nm ‘LGX’ 3.6-litre direct-injection V6 with AWD. While such outputs mean this will be the most powerful base six-pot Holden in history, cylinder activation ought to not make it the thirstiest as well. To that end, an efficiency-honing nine-speed torque-converter auto will be standard, meaning there will no longer be a manual gearbox available in a Commodore, including higher-performance variants. More’s the pity. 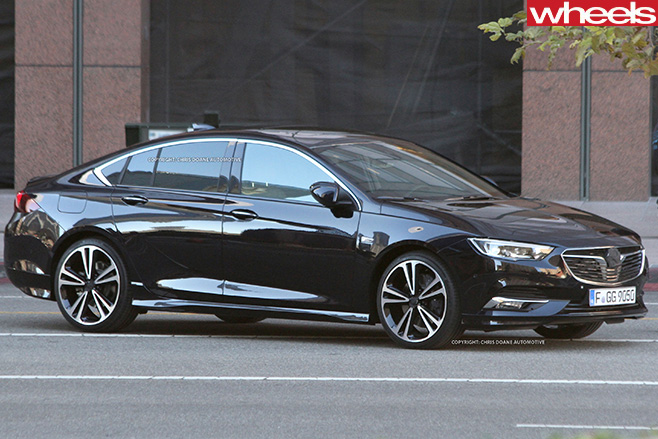 Some upmarket versions will offer a Drive Select-style system that allows changes to the steering, suspension (via adaptive dampers), and engine throttle responses according to default Comfort, Sport, or fuel-saving Eco modes – and that’s something no mainstream Commodore has ever been able to do.

Also new to the series is the expected driver-assist safety systems, judging by the radar-tech grille blanks obvious on both the 2018 Opel Insignia hatch and wagon sprung this week. That means AEB Autonomous Emergency Braking, adaptive cruise control, lane-change assist, blind-spot monitoring, and perhaps even RCTA Reverse Cross Traffic Alert. These are all available on the new BK Astra just launched, so why wouldn’t they be on Holden’s flagship? 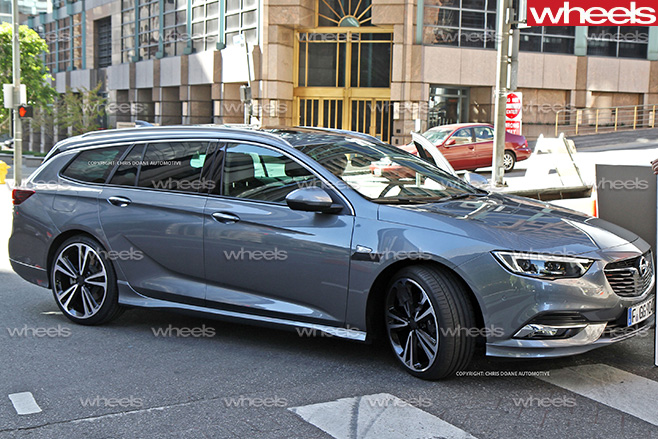 Plus, we’re hoping to see some of those (anti) dazzling so-called “IntelliLux” LED matrix headlight tech that the flagship new Astra boasts, though as Opel/Vauxhall revealed last month, the Insignia/Commodore’s will have 32 of them rather than 16.

As Nathan Ponchard reported back in late October after a 65 percent finished prototype drive around Holden’s Lang Lang Proving Ground in Victoria, the NG Commodore is based on GM’s E2XX platform, so expect McPherson struts up front and a multi-link out back, as per the current Insignia VXR. 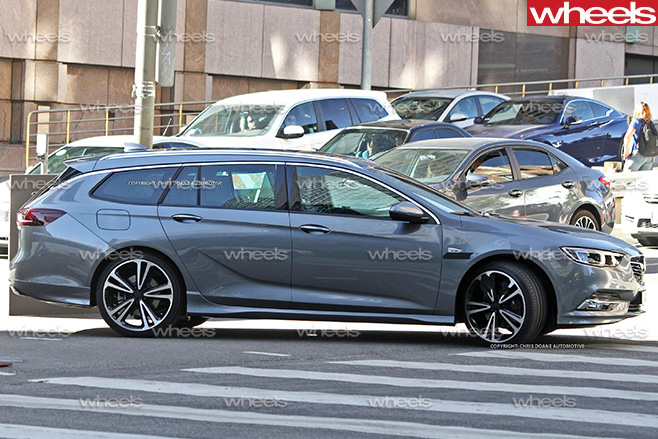 Compared to the outgoing overseas-spec Insignia released in Europe in 2008, which tips the scales between 1500kg and nearly 1800kg depending on variant, the new one’s weight plummets by around 175kg. The body-in-white itself is around 60kg trimmer.

The NG Commodore’s dimensions virtually mirror that of the 1997-2006 VT-VZ Commodore – bar the width. This means this is the first big Holden since the original, also-Opel-derived, 1978 VB Commodore to downsize, after a decade of the Holden Kingswood. Length measures in at 74mm under the current Holden VF II Commodore, width is 36mm narrower, and the wheelbase is some 86mm stubbier. 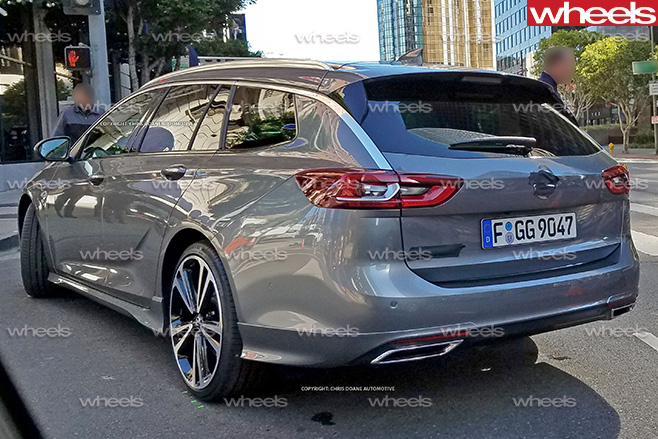 However, as the transverse engined architecture is inherently more space efficient than the old Zeta platform, Ponchard said a slight drop in shoulder room is the only really noticeable upshot. And it’s worth keeping in mind that the NG Commodore will probably be a whole lot roomier than most medium SUVs out there. So much so, in fact, that the vast-inside Skoda Superb will have a real fight on its hands.

We’ll report straight back with more as info comes to hand, so stay tuned.