IT may look evolutionary, but the next-generation Jeep Wrangler due out in 2018 takes a revolutionary road, reportedly shedding hundreds of kilos thanks to the use of lightweight steel and even some aluminium body panels.

Set to debut later this year or at the Detroit auto show in January, the American 4x4 icon will nonetheless focus on enhancing its go-anywhere reputation.

This JL-series Wangler is expected to score a development of the same ladder-frame chassis, solid front and rear axles, and low/high-range four-wheel-drive underpinnings found in the existing nine-year old JK series. 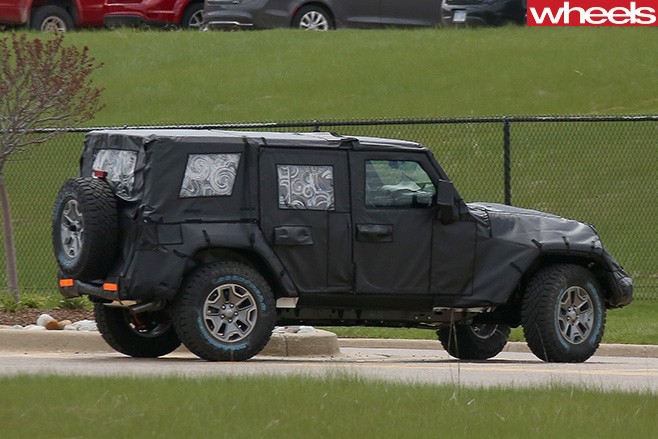 However, a longer bonnet and more raked windscreen point to a sleeker (and more aerodynamic) design to go with the slimming-down ethos.

A pick-up utility version is also in the development pipeline, to sit alongside the classic short-wheelbase two-door and popular Unlimited long-wheelbase four-door wagon bodystyle variants of the current series.

If the rumours turn out to be true, the soft-top might even see the return of a folding windscreen for a full alfresco feel. 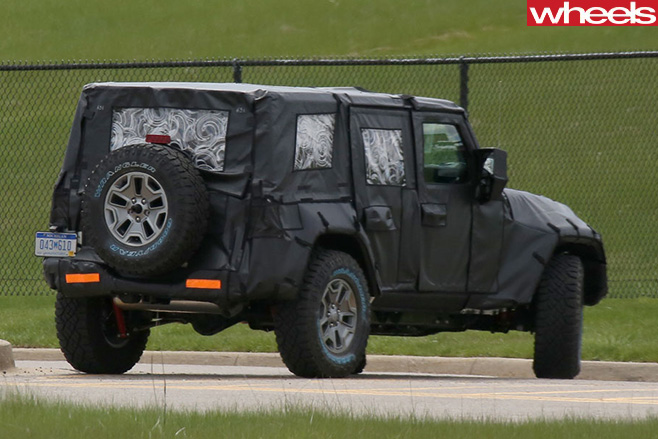 It will be all change inside, with the old and outmoded plastic dashboard ditched for a more contemporary style featuring Fiat Chrysler’s modern Uconnect multimedia touchscreen system.

The new Wrangler is expected to be powered by a revised version of the existing 3.6-litre Pentastar V6 petrol engine – linked to an eight-speed automatic instead of the current five-speed unit – and a 3.0-litre V6 turbo-diesel from the Ram truck division.

Hybrids are also mooted, though maybe not from launch. 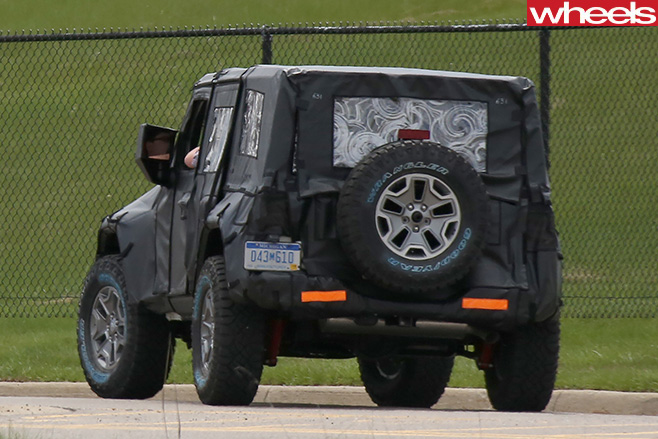 Interestingly, it has been reported that FCA will continue production of the current Jeep Wrangler alongside the new one at its Toledo, Ohio plant for a while, perhaps because the various different bodystyles and powertrains might have staggered releases.

When the new model lobs sometime in 2018, expect similar pricing to the existing Wrangler, which stretches from just under $38,000 for the two-door SWB manual to about $55,000 for a loaded LWB wagon diesel.

This military-grade Jeep Gladiator looks like loads of fun