Kia has stepped away from the standard cruisy highway shots and elected to show off the new Stinger GT in a slightly brasher manner.

During winter testing in Sweden, Kia filmed both RWD and AWD variants of its anticipated fastback getting sideways and kicking up a 272kW snowstorm.

With the demise of the rear-driven Commodore looming, eyes have been on the Stinger GT to provide a semblance of RWD fun at a reasonable price.

Even if Kia’s a bit late to the power-slide video party, it’s almost certainly done a better job of making its car look a bit wild than GM did with the Insignia. 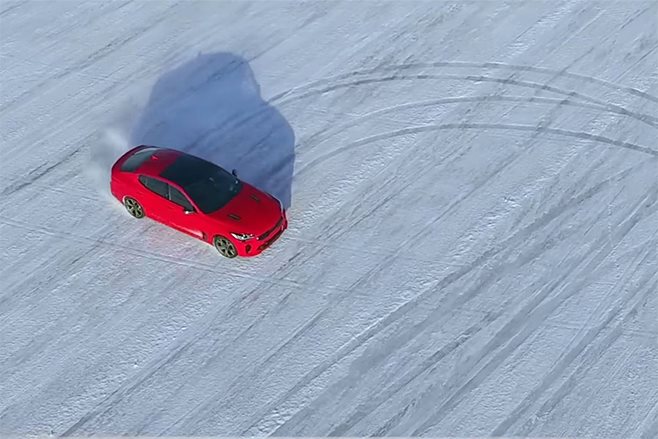 Several times over, the video voiceover emphasises how keen Kia is to ensure the Stinger is a “predictable and stable” car to drive in various conditions, albeit over vision of the GT losing traction in what most road-users would class an unpredictable situation.

In a phrase that sounds like it’s straight out of one of our PM’s speeches, Kia says the AWD version will be as “agile and exciting” to drive as possible, acknowledging that an all-wheel-drive system will probably not provide as much ‘slidey’ fun as its RWD counterpart. 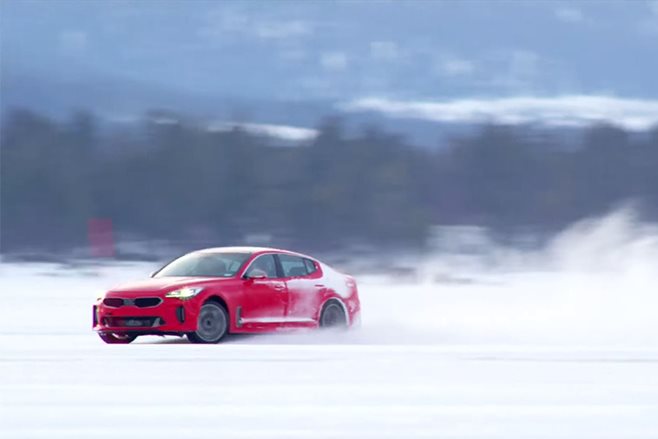 Kia adds that this stage of testing is mostly focused on fine-tuning the ESC and torque vectoring systems to “offer the optimum level of support for drivers”.

The really good news for enthusiasts is that the electronic systems will be able to be completely deactivated when the opportunity of opposite lock presents itself.

We’ll see the Stinger in September, with a price tag of around $50,000 plus on-road costs for the 272kW flagship.