We’re excited about the new Kia. Just let that sink in for a moment. We’re. Excited. About. A. Kia.

Now ordinarily, the Korean maker of automotive’s sensible shoes would be as likely to grace these hallowed performance pages as a ride-on lawnmower. But then, this really isn’t an ordinary Kia.

Flashback to an icy January at the Detroit auto show and the excitement coming off Kia’s new performance boss in great shimmering waves is genuine. “For the Kia brand, the Stinger is like a special event,” he says. “Because nobody expects it. Not just the way it looks, but also the way it drives. It’s a whole different animal.” 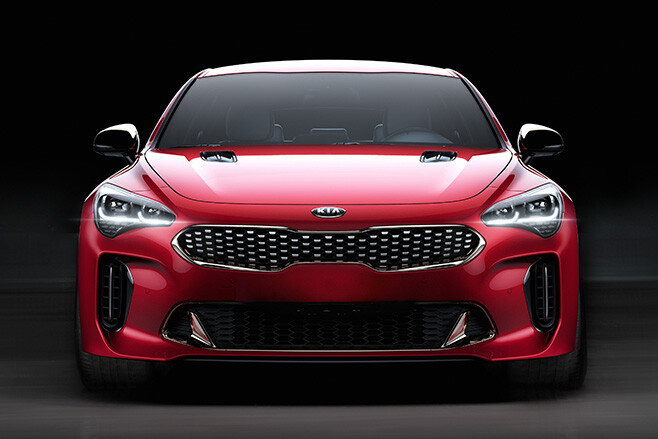 This is a man who knows what he’s talking about. Albert Biermann was a 32-year veteran of BMW’s engineering division, most of that heading up the brand’s fabled M division. Resumes don’t get much stronger than that. He was poached to Seoul in 2015, hired specifically to inject the one elusive ingredient that’s been so far missing from the Koreans’ ever-expanding line-up – excitement.

Biermann’s sizeable brief spans both Hyundai and Kia, and will include the soon-to-be-released Hyundai Genesis G70 and the same brand’s much-hyped N range of performance vehicles. That the letter N will follow M in Biermann’s alphabet soup is surely more than a coincidence.

But first, the Kia Stinger. It’ll be Biermann’s first finished project to hit Australian shores when it touches down later this year, and it will arrive with the hopes of the company resting squarely on its muscular metal shoulders. It’s a high-stakes game. If this one stinks, excitement for the other new models – including those from Hyundai – will splutter and die along with it. 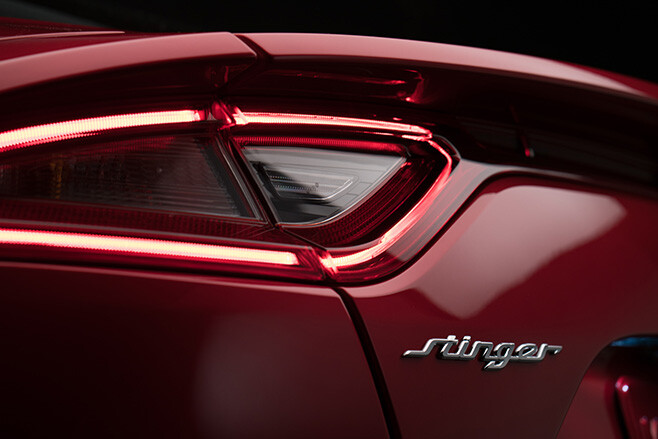 Kia Australia knows just how harshly its car will be judged here, with ours a country like no other when it comes to accessible performance sedans, and one long dominated by a pair of local heroes that split the loyalties of a nation almost as brutally as that talking orange peel currently living in the White House has done in the USA.

But while rival fans of both Holden and Ford would happily set each other on fire at Supercars’ races around the country, there was one thing they could always agree on: a white-hot hatred of outsiders. Had Kia attempted to launch the Stinger five years ago it would have been a very different story. It would have been chased off Mount Panorama by pitchfork-wielding Commodore and Falcon fans united by a common Korean enemy.

In 2017, though, the landscape looks a little different. Ford has shuttered its local factory, ending 88 years of local manufacturing and retiring the Falcon nameplate forever. Holden is months away from doing the same, confirming October 20 this year as its final day of Aussie production. The Commodore name will live on, but only as a badge glued onto imported product. 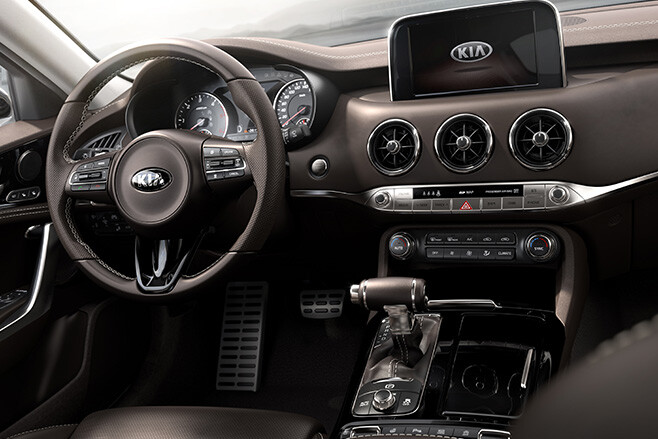 Of all the car brands to swoop in and save Australia’s accessible, rear-wheel drive performance market, Kia was the most unlikely. But its timing is perfect.

Born of a six-year gestation (it was first shown in concept form in 2011) Kia’s two-tier Stinger range is poised for an October debut in Australia, neatly parking in the space that will be vacated by Holden that same month. But the warm and fuzzy feelings mean nothing if the car is rubbish. 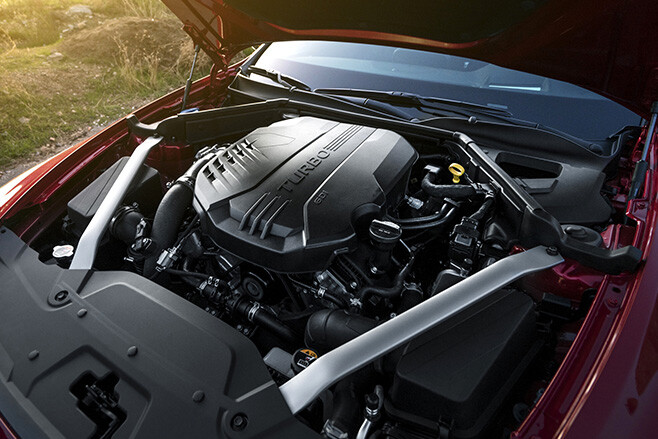 And so the Stinger is a swirling sea of firsts for Kia. First adaptive dampers. First car equipped with adjustable drive modes. First car shaped and sharpened at the Nurburgring. First with a mechanical limited-slip differential.

The Stinger will arrive in Australia sporting two engines, the entry-level option being a 2.0-litre turbocharged four cylinder that will produce 190kW at 6200rpm and 353Nm from 1400rpm. The second option, though, is the one causing all the fuss. A 3.3-litre twin-turbo V6 that will generate 272kW at 6000rpm and a meaty 510Nm from 1300rpm and will arrive in the Stinger GT model.

Expect a 0-100km/h time of 5.1secs and a circa-269km/h top speed. Both engines are matched to an in-house eight-speed automatic, complete with wheel-mounted paddles, and power is sent exclusively to the rear wheels in Oz-spec cars. 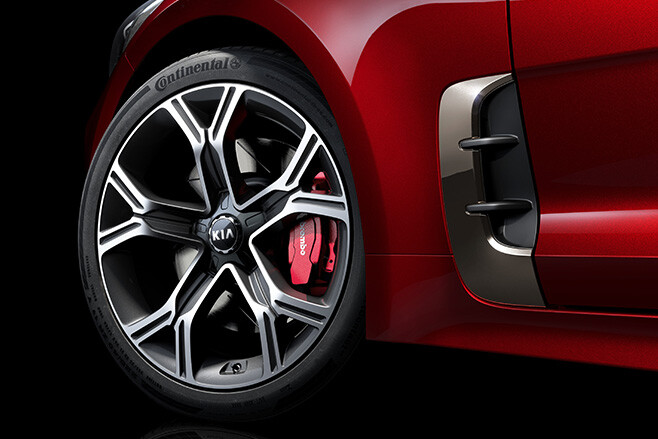 Pricing is a tightly held secret, but expect circa-$40K for the entry-level car, and circa-$50K for the top-spec Stinger GT.

So far so good, then. Australia’s unique appetite for performance has forced the brand’s local HQ into some critical spec changes, too. All-paw cars won’t be coming here, and even the entry-level model will arrive with a mechanical limited-slip differential, along with a five-stage driving mode selector (Sport, Personal, Eco, Comfort and Smart) that will shift damper settings, accelerator mapping and steering weight.

The smaller capacity engine rides on 18-inch alloys, while the GT sits on 19s, with the latter also nabbing Brembo brakes front and rear. Both models get MacPherson struts up front, and a multi-link independent setup at the back. 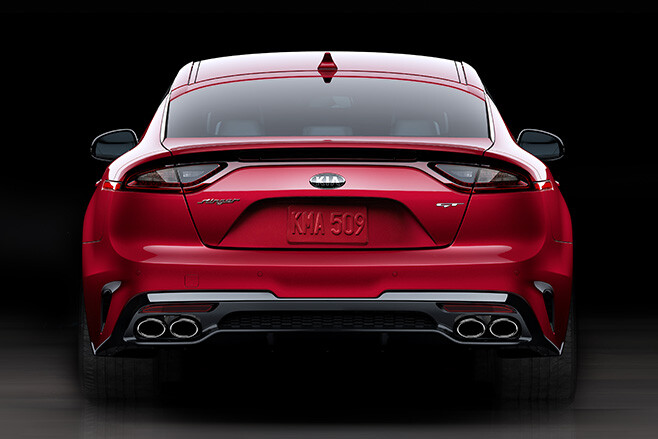 The chassis (55 per cent ultra high-strength steel) was shaped then sharpened at the Nurburgring, with a camouflaged Kia stoking the fires of Stinger interest by banging out countless well-documented laps of the world’s most brutal racetrack. Detailed specifications are yet to be revealed, but engineers were shooting for as close to a 50/50 weight distribution split as possible.

Finally, the electric power steering system was designed with steering feel and feedback in mind over all else.

All of which is delightfully anti-Kia. And on paper, the Stinger ticks a lot of boxes. But the biggest unknown is how Australia’s performance faithful will respond to a rear-drive sedan from a company not known for setting pulses racing. And let’s be fair, there’s a reason Holden and Ford are abandoning their two most well-known nameplates – and it’s not because they’re selling too many of them. 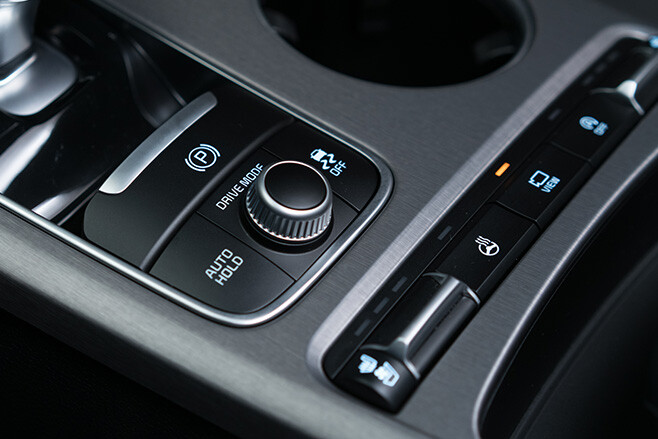 But Kia Australia is convinced there’s a market for what it calls “the traditional Aussie six”, and is even more certain its Stinger will be packing the arsenal to fight its way to the top of that segment. 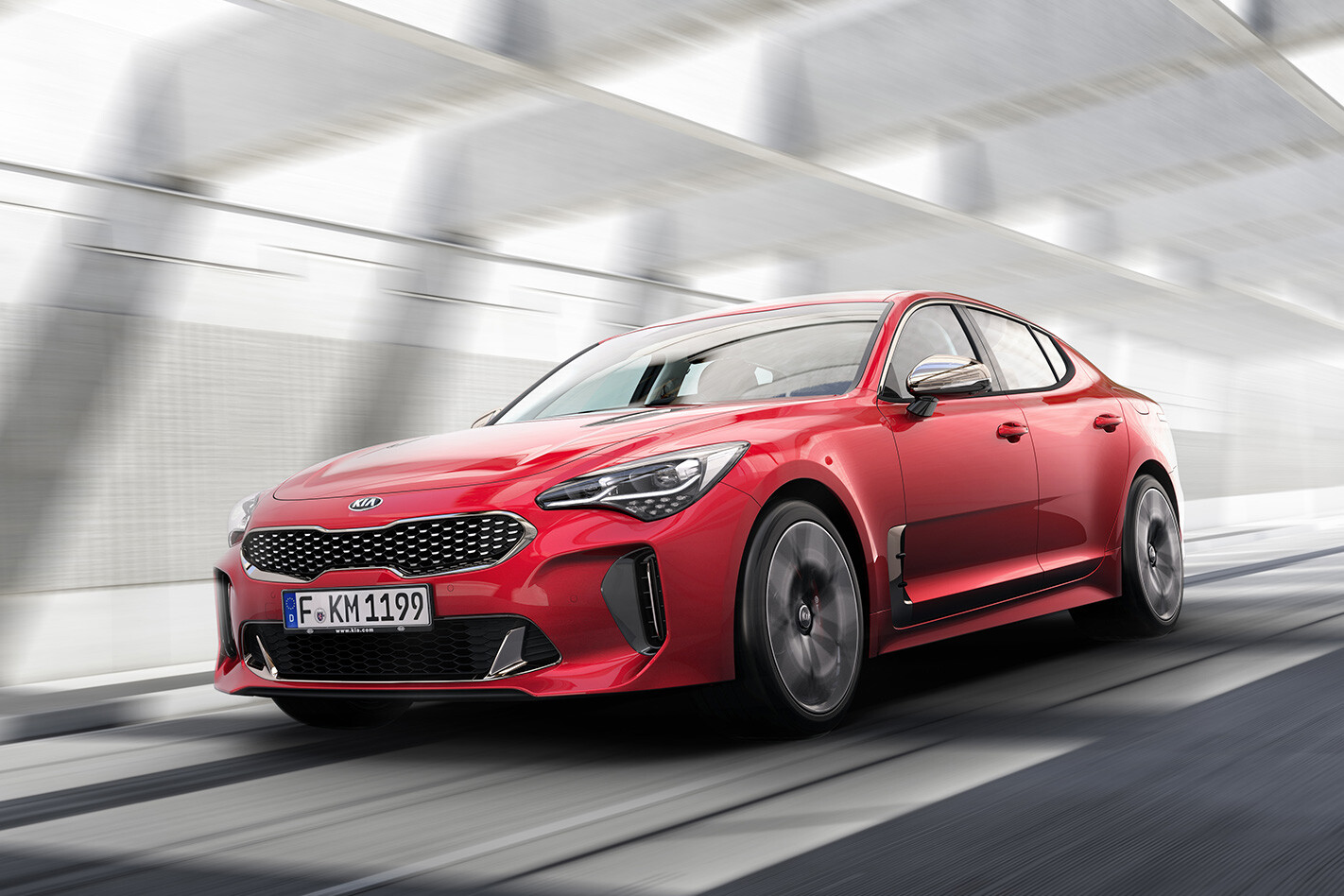 But it’s not just the local heroes Kia is targeting. Asked what cars the new Stinger was benchmarked against, Rivero doesn’t hesitate – “the BMW 4 Series”. And that means an ambitious premium push for a manufacturer famed for its budget offerings.

“We’ve got to make sure we get the product right, the trim levels right and the specification levels right,” he says. “Once you step up into this segment there’s an expectation of the kinds of things you should get in a vehicle. And we want to make sure that we deliver that and more.”

Our Stingers will be further fine-tuned by the Aussie HQ’s suspension consultant Graeme Gambold, who has done some stellar work on Kia’s range over the past few years, hammering out the fluffiness usually found in Korean or US-spec vehicles, adding both feel and feedback to the drive experience. 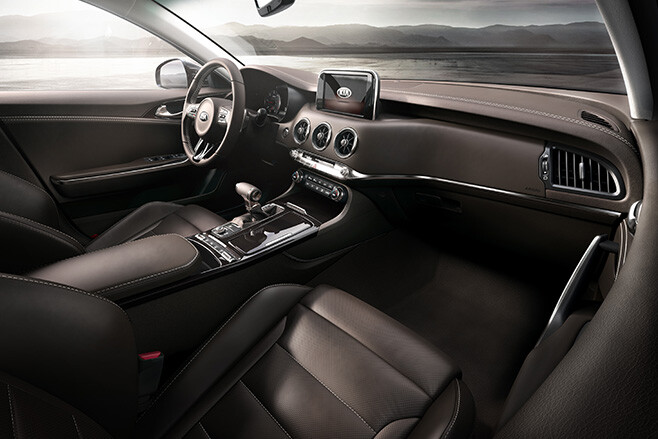 “Our tuning work is a combination of tuning in handling, but also tuning in a variety of road surfaces. It’s why a unique spring rate and dampers are required to accommodate our kinds of drivers and our kinds of roads. Basically what we are aiming for is a particular compression and rebound curve and I think this more advanced technology actually gives us more freedom to get to our targets,” Rivero said.

Captain of Kia’s crayons, Peter Schreyer (he is of Audi TT fame), is the man responsible for injecting a sense of premium fashion into Kia’s once dowdy design philosophy. The Stinger is his baby, from concept form all the way to production. 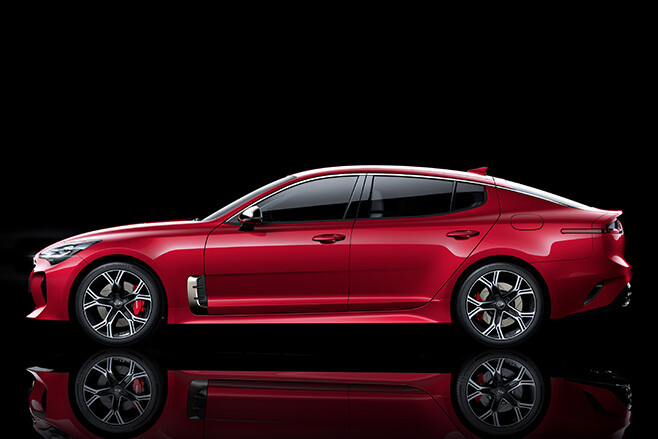 It looks the business, too. Not as premium or as potent as its competition, maybe, but not without its own charm. Kia’s new-look ‘Tiger’ grille (it’s now thinner and wider) dominates the front, separating two swept-back headlights that point to the puffed-up wheel arches.

The bonnet is punctuated by two high-mounted (and purely ornamental) vents, while the fastback roofline gently drops away as it meets a muscular shoulder line above the rear wheels. Four exhaust tips complete the picture, housed below the fastback-style boot.

So, will it live up to the hype? Only time will tell. But in the words of one senior Kia executive: “The Kia you knew five or even 10 years ago is gone.” That much is indisputable. But what exactly will replace it? We’ll find out later this year.