CAUGHT! The Mercedes-Benz GLT-Class ute has been sprung testing for the first time, giving early clues as to how the three-pointed star will shape its own spin on its Nissan Navara-based load-lugger.

However, there are still plenty of clues pointing to its Nissan Navara origins, including the wing mirrors, doorhandles, tail-lights and the handle for the tailgate. 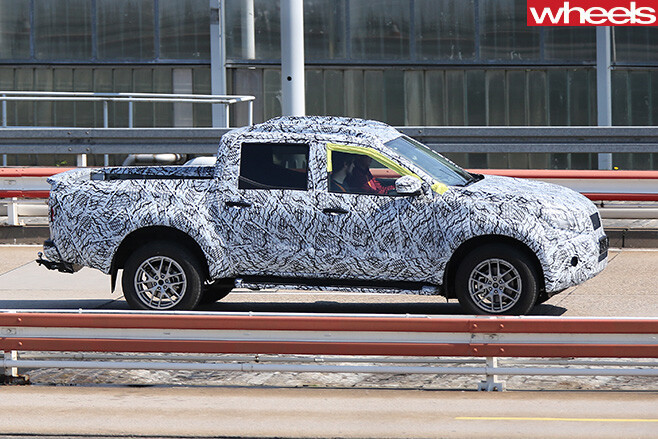 Even the side steps appear to come straight out of Nissan’s accessories bin, indicating that this may be a very early development mule rather than a precursor to what will become a production vehicle.

That said, the shark-fin antenna mounted between the roof rails suggests the Navara’s exterior is copping the full Mercedes-Benz makeover to help it stand apart in the paddock.

Inside, the GLT is expected to replicate the cabin of the commercial van-based V-Class rolled out in Australia last year. That includes a large, centrally mounted colour LCD screen and a dash-mounted dial used for the ‘Comand’ multimedia interface. 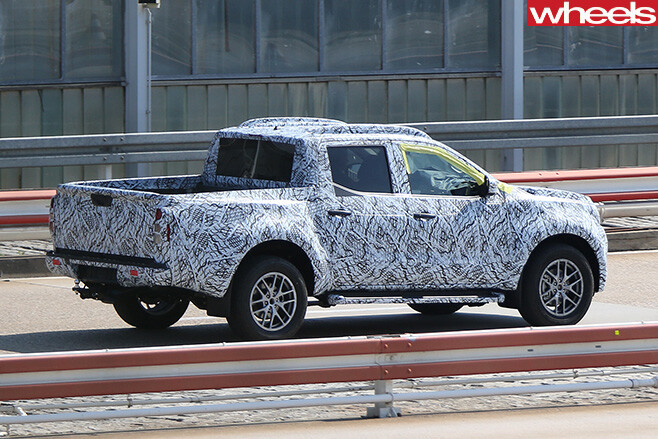 Under the bonnet, the obvious choice is Mercedes’ twin-turbo 2.1-litre diesel engine, although a turbo V6 producing around 200kW and 600Nm – along with a full load of leather, wood and brushed aluminium – will help justify the premium $70,000-plus price tag expected for the range-topping version.

In contrast, the four-pot is expected to compete with high-end four-door models from more mainstream brands, including the Toyota Hilux SR5, Ford Ranger Wildtrak and Holden Colorado ZR1, giving it a potential price tag of about $60,000.

Of interest to us, though, is the potential for AMG to fettle a more performance-honed version of the GLT. We’re not expecting any tweaks under the bonnet, but instead a bodykit and suspension enhancements designed to give more on-road presence and improve roadholding. 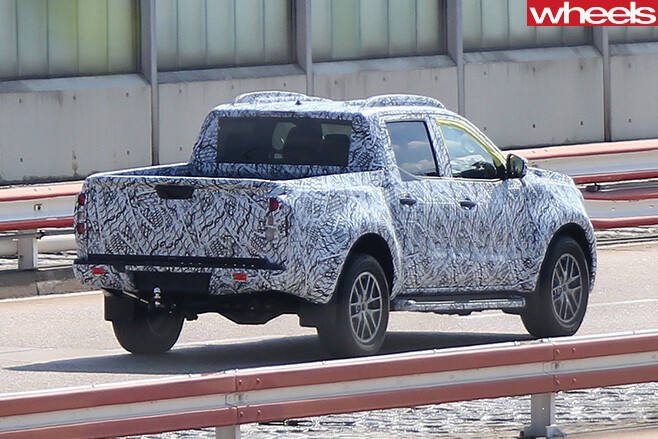 The Mercedes-Benz GLT-Class, which may yet gain the shorter X-Class name, is still a long way from landing in Australia, where some of the global development work is tipped to take place.

We’re likely to see it in production form in late September ahead of the Paris motor show, with the first Australian deliveries likely in late 2017 or early 2018.

Given that one in five sales here last year were trade utes, and that we account for one in 10 globally, expect us to be one of the first markets to see the GLT in Mercedes-Benz showrooms.