THE future looks bright for the heaviest hitting 911 of them all. Porsche is putting plenty of development miles under the wheels of its fearsome new 911 GT2 RS, due to start torturing tarmac in 2018.

The German sports car powerhouse is set to turn the 991.2 version of the GT2 RS into the most powerful production flat-six Porsche ever built.

With an engine based on the 3.8-litre 911 Turbo motor, the two-door coupe will deliver upwards of 480kW and could possibly even stretch beyond 500kW. That will make it just the thing for those weird people who feel the 427kW 911 Turbo S simply isn’t quick enough for them. 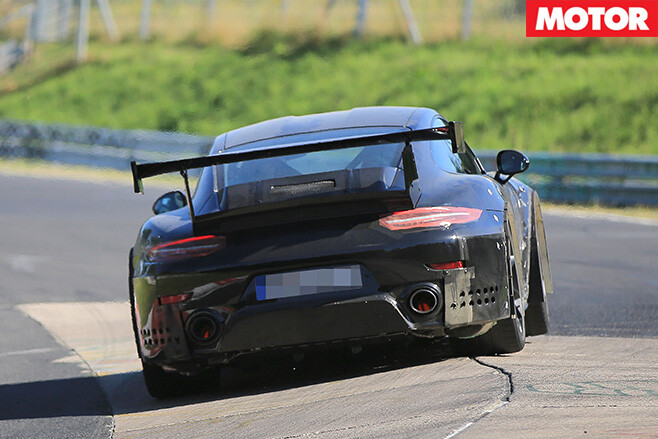 While Porsche is being understandably cagey about details, there are some things that seem obvious and others less so. For starters, expect the production body kit to be wild, with an enormous rear wing and a deep splitter at the front, both aimed at keeping it on the road at high speed – and linking it to Porsche’s almost-forgotten GT3 race program.

But our sources suggest Porsche won’t turbocharge the high-revving 4.0-litre flat six from the GT3 RS to create the GT2, but will instead heavily modify the smaller, force-fed 911 Turbo engine. Sources suggest it will rev higher than the current 911 Turbo motor and sacrifice some low-end torque to do it, though its peak engine speed won’t be anything like the 8800rpm of the limited-edition 911 R’s motor.

Porsche plans to channel all of the engine’s 700-odd horsepower, plus upwards of the Turbo S’s 750Nm of torque, through just the rear wheels. If constant driving assurance is a big-ticket item for you, then the GT2 RS might be something to avoid. It won’t follow the divine 911 R down the six-speed manual gearbox path, instead chasing the extra speed on offer from the faster shifting and tighter ratios courtesy of a seven-speed dual-clutch transmission.

Even with just two tortured Michelins to work with, Porsche sources expect the GT2 RS to deliver a sub three-second time for the sprint to 100km/h and top speed will be well in excess of the 330km/h mark. 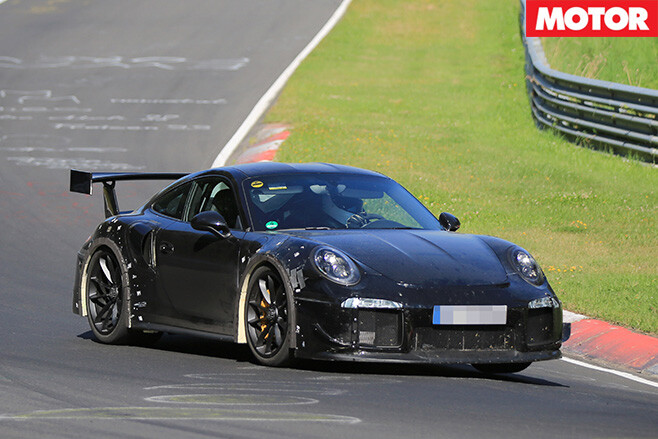 Porsche high-performance boss Andreas Preuninger always said the GT2 RS would arrive late in the lifespan of the current 991 generation 911 and that sets a launch date of around early 2018, probably at the Geneva Motor Show in March.