ROLLS-ROYCE has finally wound up a protracted, three-year hype campaign with the reveal of the Cullinan – the first vehicle from the British car-maker to slip on a pair of Hunters and Barbour and take its quintessential pleasantries off the beaten trail.

But since Rolls announced it would stop kicking against the relentless riptide of SUV sales and offer its own interpretation of the posh off-roader, it has been at pains to recycle any of the existing terminology already coined by segment pioneers. 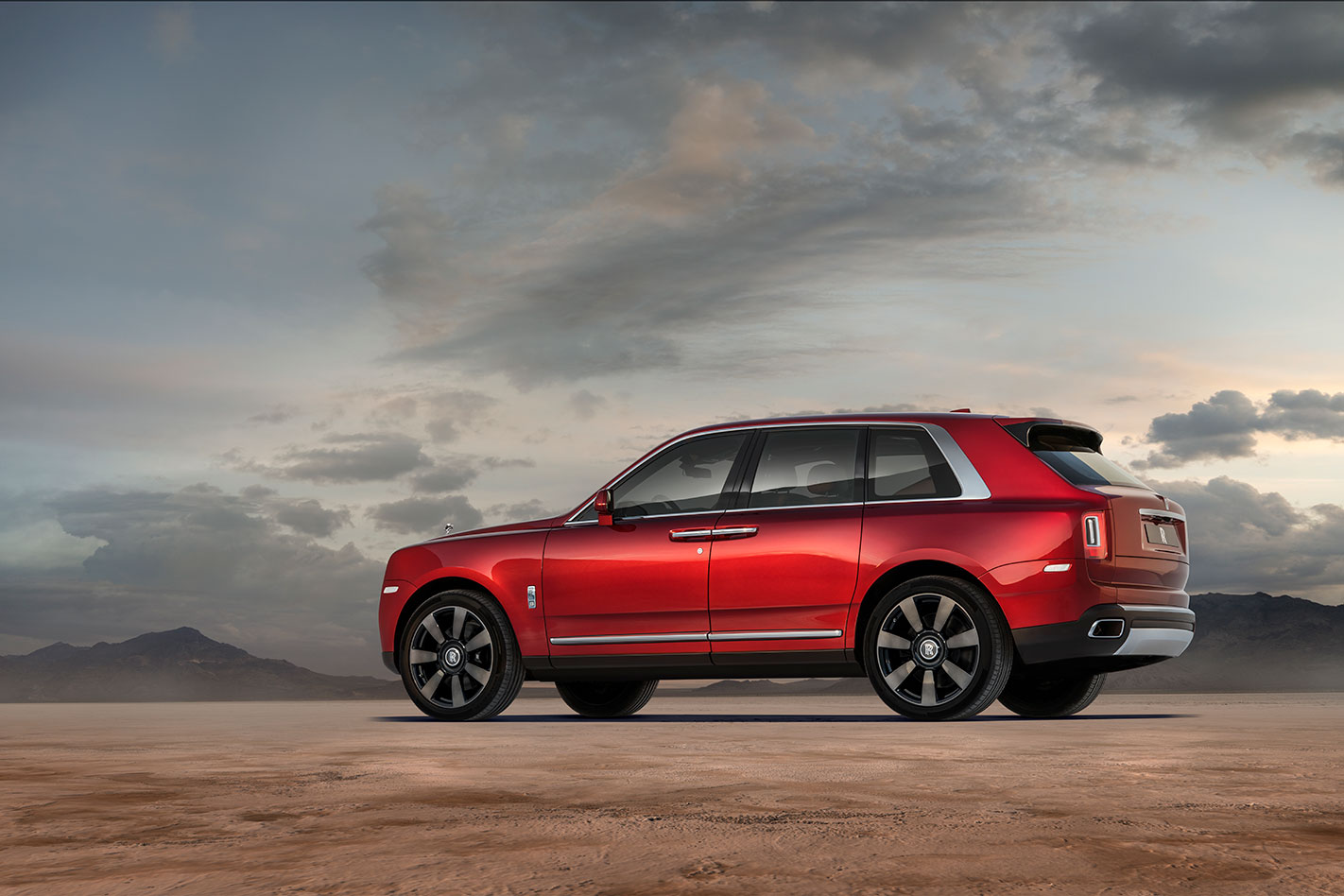 What confusingly started as a ‘High-Sided Vehicle’ (HSV), became a ‘high bodied car’ (HBC), but with the official reveal this week the company appears to be leaning toward more commonplace terminology.

But if you were thinking Rolls-Royce might be preparing to take a slice of humble pie with its afternoon tea, think again because the “Cullinan is the most versatile, family oriented, fun-to-drive … technologically advanced and only purpose-built super-luxury SUV in the world” it says.

So Rolls thinks it’s good then. 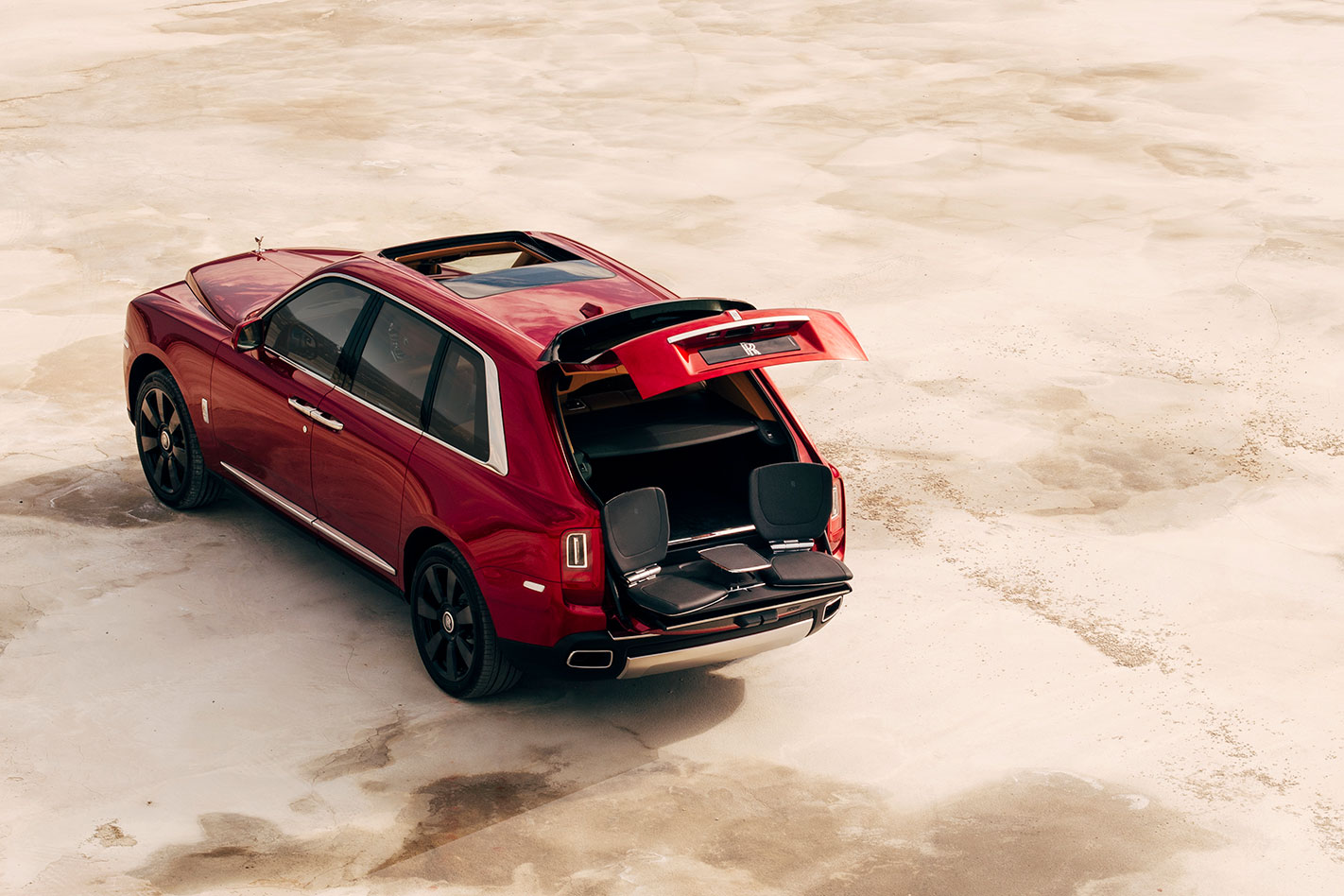 Allow us to cut through the marketing speak and give you the layman’s lowdown on the latest luxury SUV to bump gloves with Bentley’s Bentayga, Lamborghini Urus and the Maserati Levante to name a few.

Under its massive bonnet lies an equally massive 6749cc twin-turbocharged V12 that Rolls likes to say displaces six and three quarters, but we’ll stick with 6.7-litre if that’s okay. The monstrous donk, which is related to the unit that powers BMW’s M760Li, pumps 420kW and 850Nm to all four wheels – a first for the brand.

Complemented by four-wheel steering, Rolls says the system can “overcome any challenge” and all one needs to do to unleash the full off-road potential is simply press the ‘everywhere’ button, which begs the question – why does such a mode need a button? Or perhaps there is a second ‘nowhere’ button Rolls isn’t telling us about. 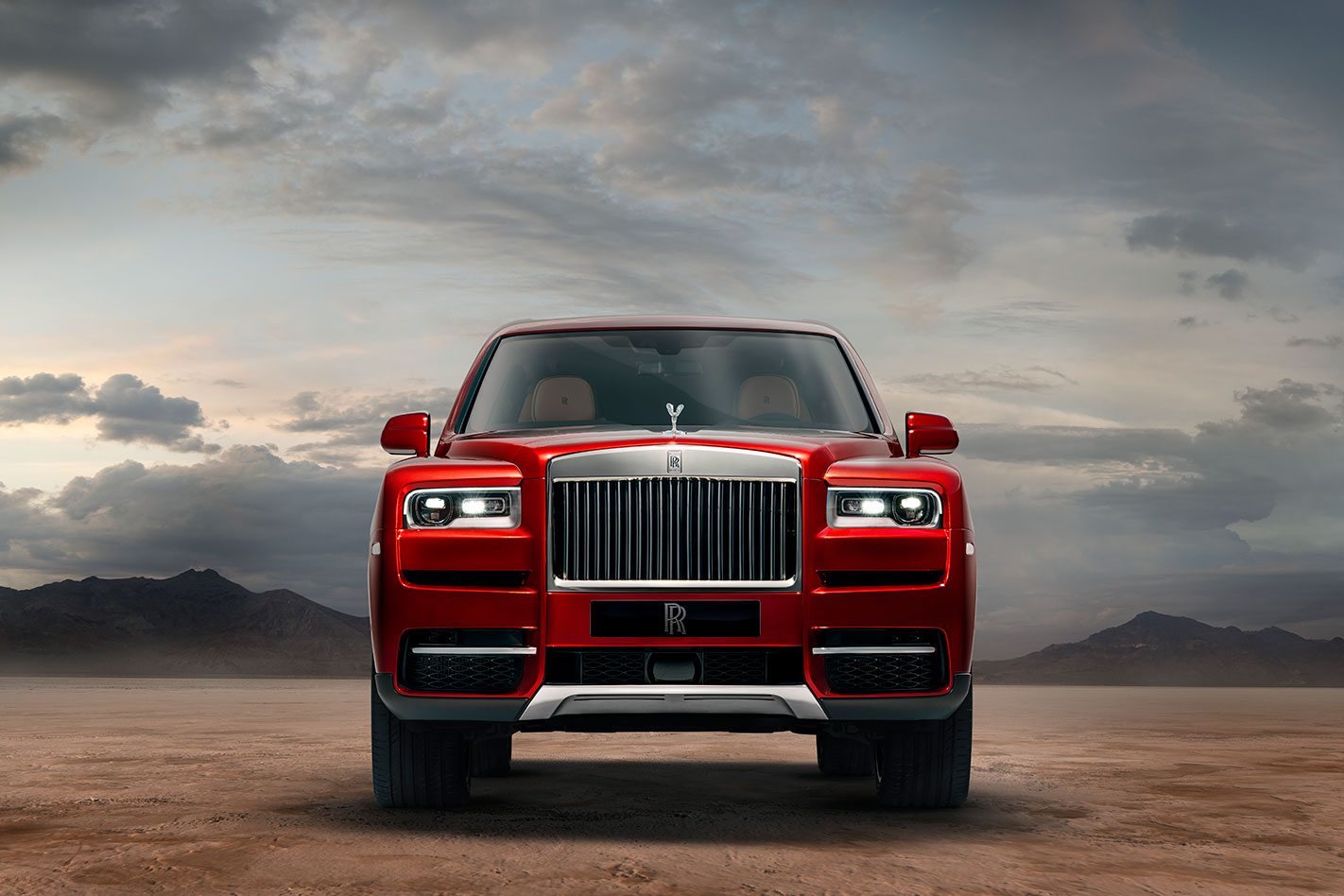 The Cullinan rides on air suspension that performs a number of party tricks including a function that allows the car to curtsy by 40mm allowing easier boarding, and then raises for maximum ground clearance when off road and a wading depth of up to 540mm – class-leading, says Rolls.

Draw your own conclusions about the Cullinan’s styling. A high-riding Phantom may be a simplistic angle but the Cullinan shares its ‘Architecture of Luxury’ aluminium platform. Either way, we’ll spare you Rolls-Royce’s lengthy description in which it talks about the commanding stance of a warrior and Saxon spears.

Once again, Rolls was not happy adopting the conventional ‘two-box’ description for its design and insisted on referring to the Cullinan as a ‘three-box’ vehicle. With the optional glass divider between the boot space and cabin, Rolls says the vehicle creates “an inner ecosystem for the occupants” in a similar fashion to a ute equipped with a wagon canopy. 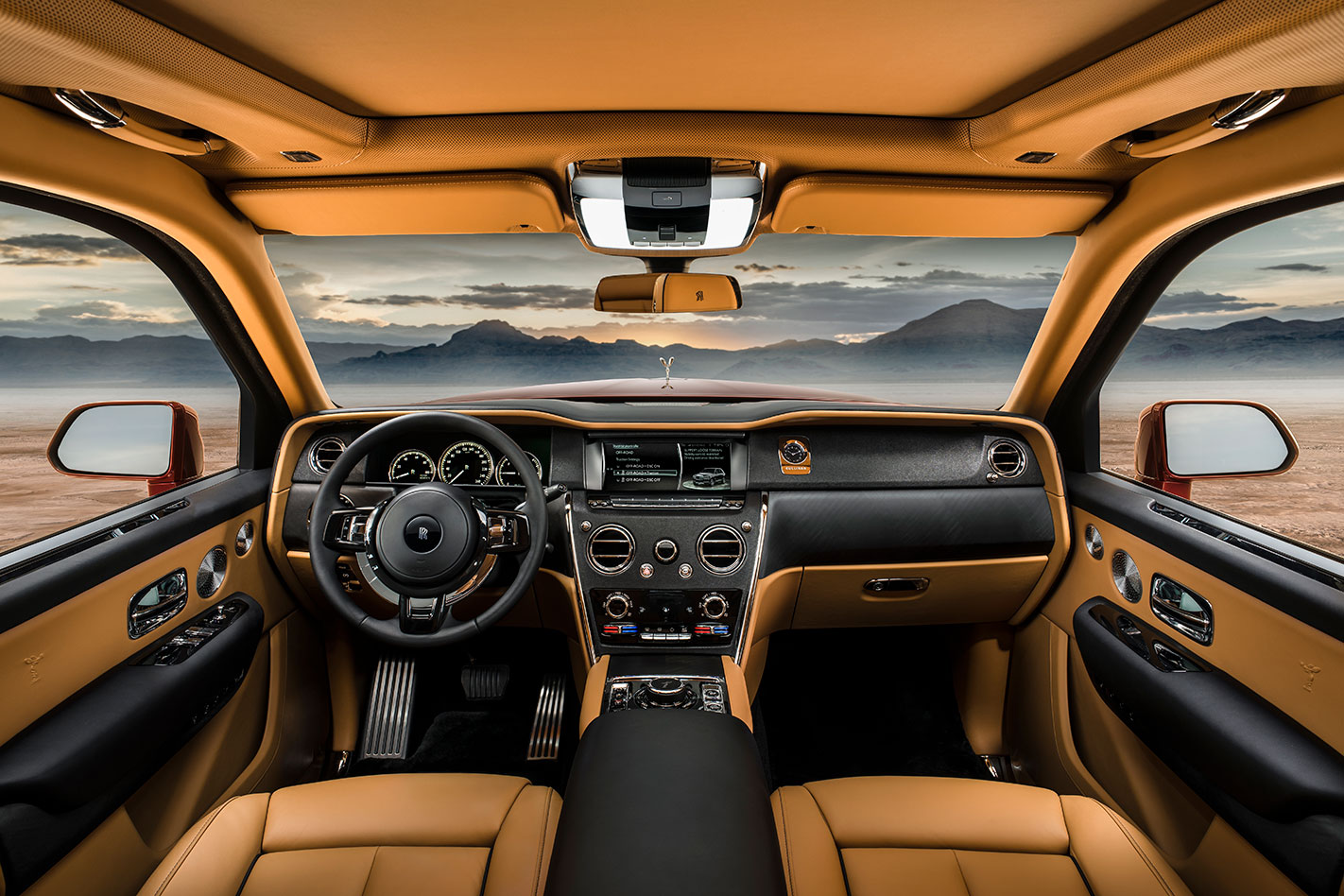 Owners inspired by Rolls-Royce’s suggested uses for the accommodating boot should familiarise themselves with local laws surrounding items discovered during excavation of private land, but there should be no legislative issues regarding the most likely use and something flat packed from Ikea.

“for those wishing to carry a long item back from their trip – whether it be a Mark Rothko from the Art Gallery or a newly discovered artefact from the latest archaeological dig - a loading length of 2245mm and load capacity of 1930 litres is accessed by electronically (electrically) raising the boot floor to meet the seat base.”

Read next: Rolls-Royce dresses down rival over ‘zero-emission luxury’ claims

Where all SUVs before it enable access to the load area via a bootlid, the Cullinan has a “clasp” which is Rolls-speak for a tailgate and hatch combo. 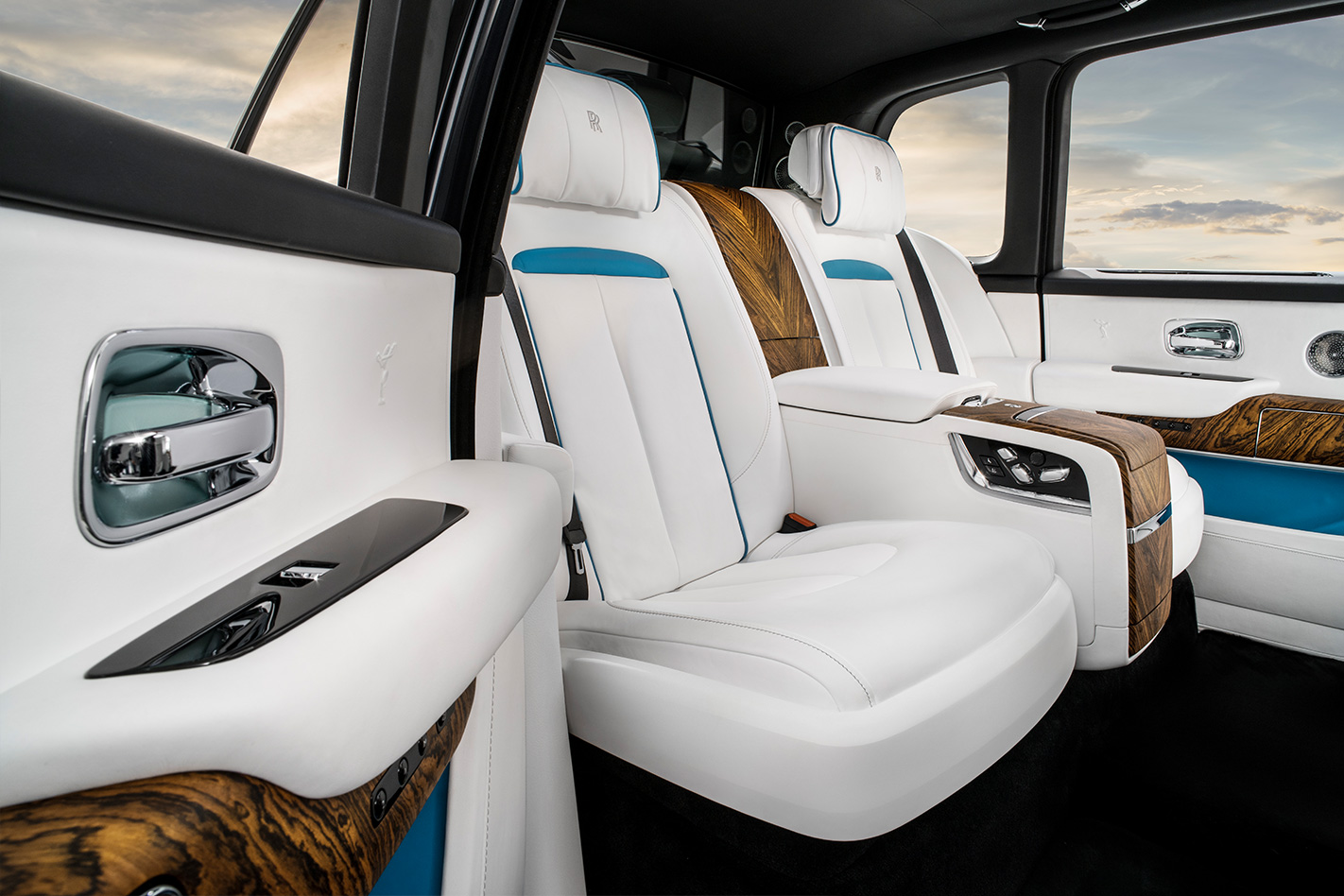 With the second row optioned in three-seat Lounge Seat configuration, the boot can be boosted with split electrically folding back rests – another first for the brand.

Opt for the special Individual Seat however, and customers get a second row with just two seats and a fixed centre console that houses a drinks cabinet, fridge and bespoke decanter with matching whisky glasses and champagne flutes.

There’s also a two-seat with table attachment that can be specified and emerges from the boot floor on to the tailgate, allowing two persons to spectate a spot of light polo, fox hunting or pheasant shooting, for example. 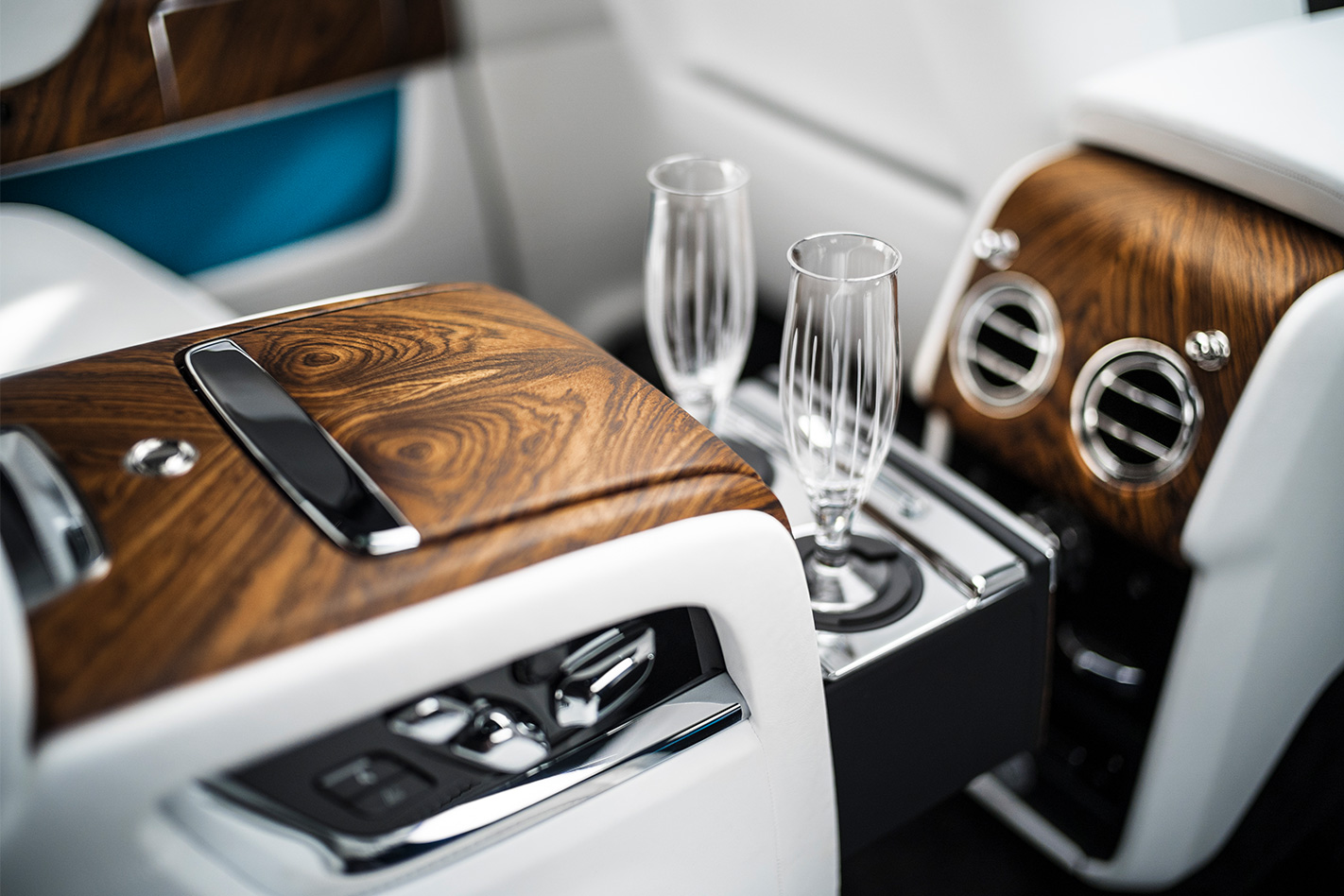 Adding to the list of highly customised extras, Cullinan customers are offered a number of Recreation Modules.

According to the company, and in an unorthodox departure from tradition, even participants of peak millennial sports are accommodated by the feature.

“Jason, we’re going to go drone racing today,” imagines Rolls-Royce. “Can you load the Drone Module into the Cullinan?” 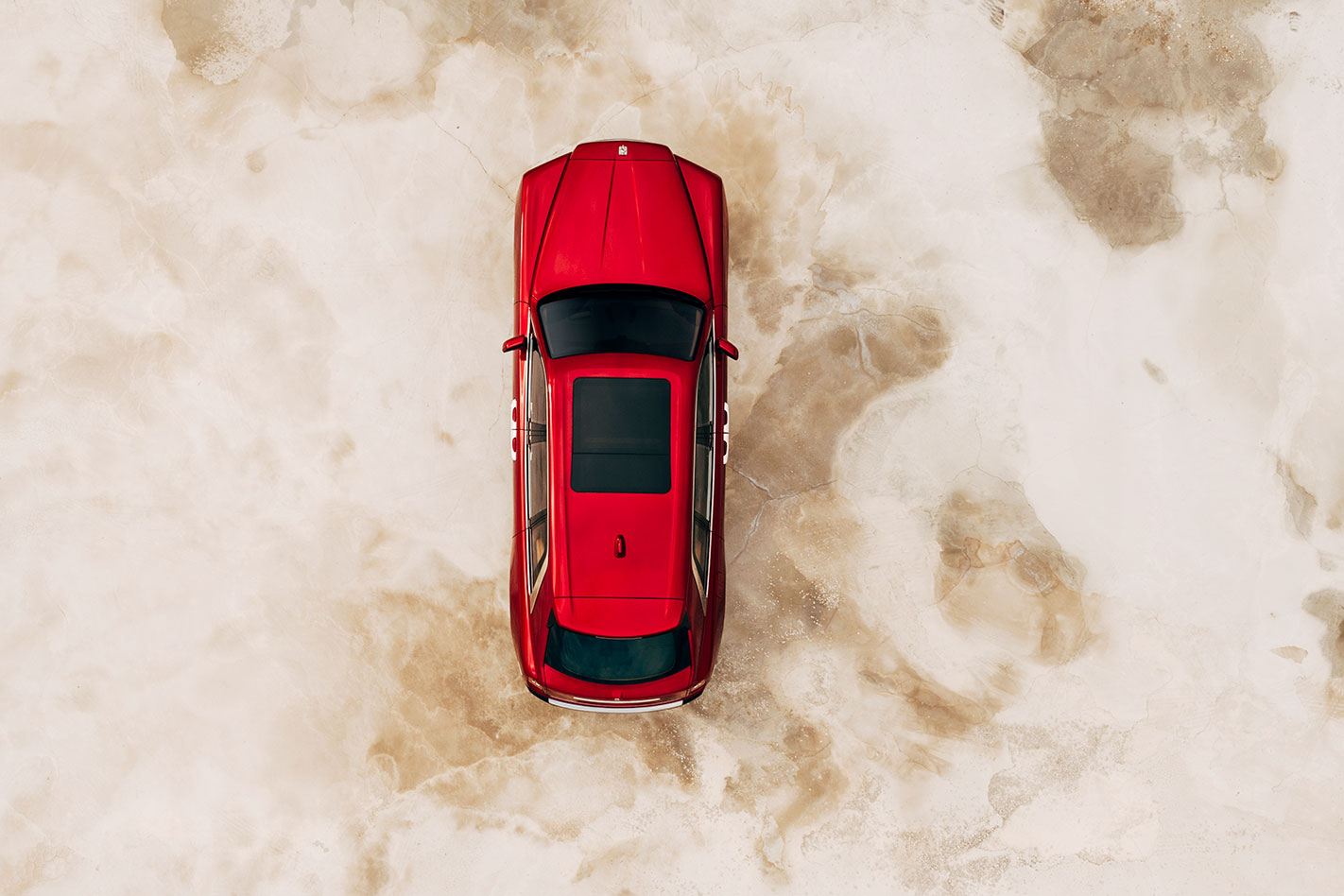 With the specially tailored kit boxes, it is a simple process for Jason to load the equipment via a motorised drawer, although the company has not specified if Jason is supplied as part of the option.

The versatile modules are not limited to any particular pastime and can be tailored for the owner’s sport of choice, including “Fly fishing, photography, rock climbing, snowboarding, parascending, kite boarding, base jumping, volcano boarding,” which will come as no solace to Rolls-Royce customers in Hawaii. 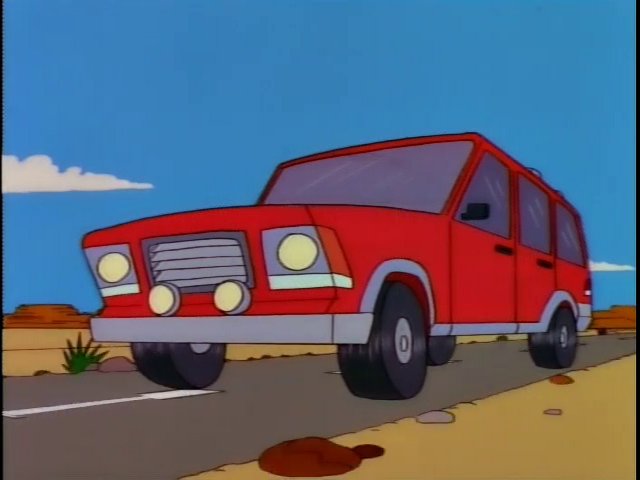 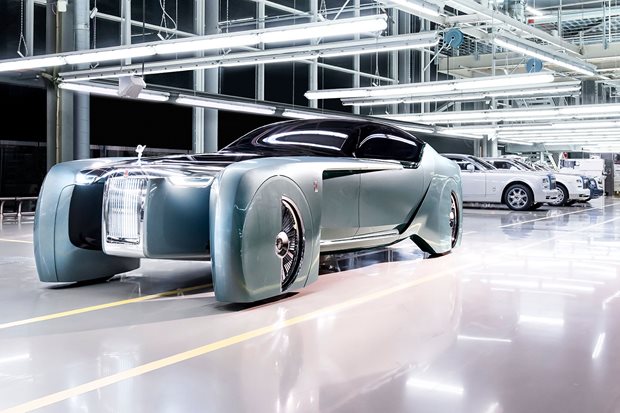 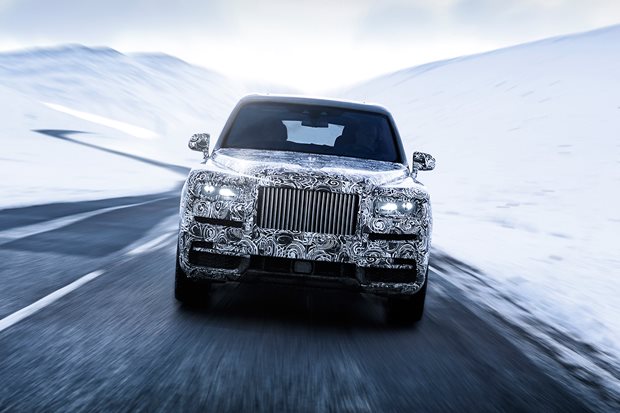 Rolls-Royce Cullinan is allergic to being called an SUV 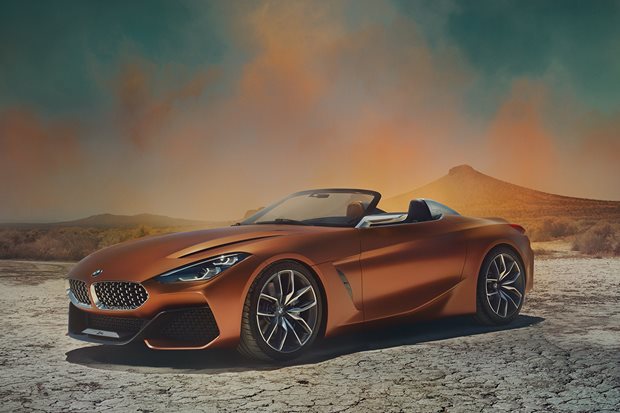 Please BMW, can you make the production Z4 look like this concept? 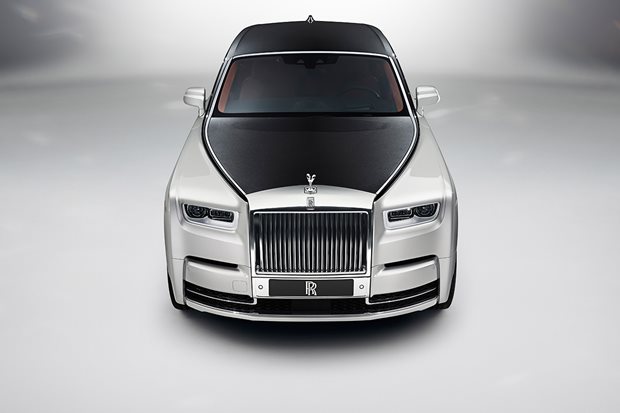 The newest uber-luxury Roller is either a place to hang art, or a piece of art that will hit 100km/h in the same time as a hot hatch 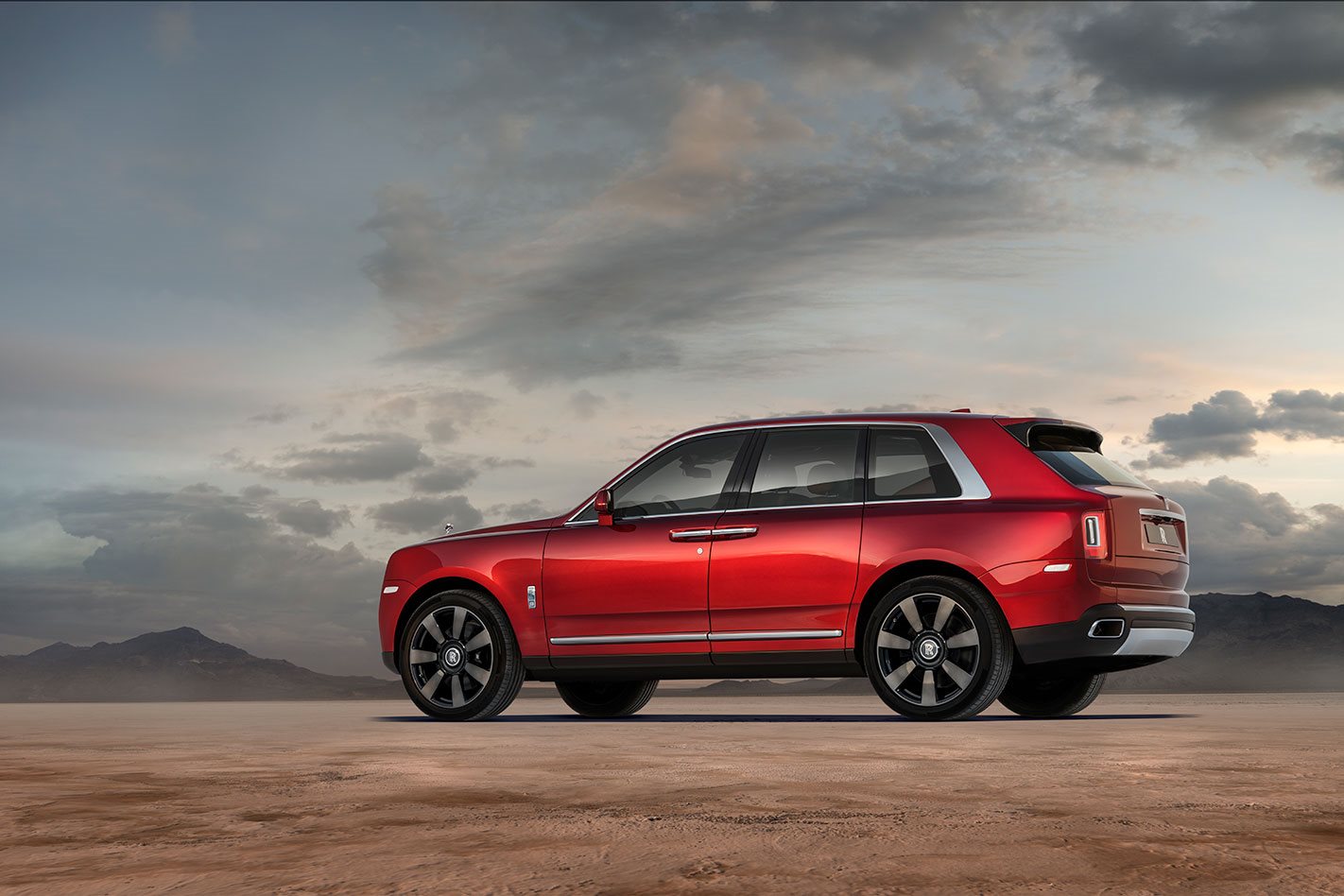 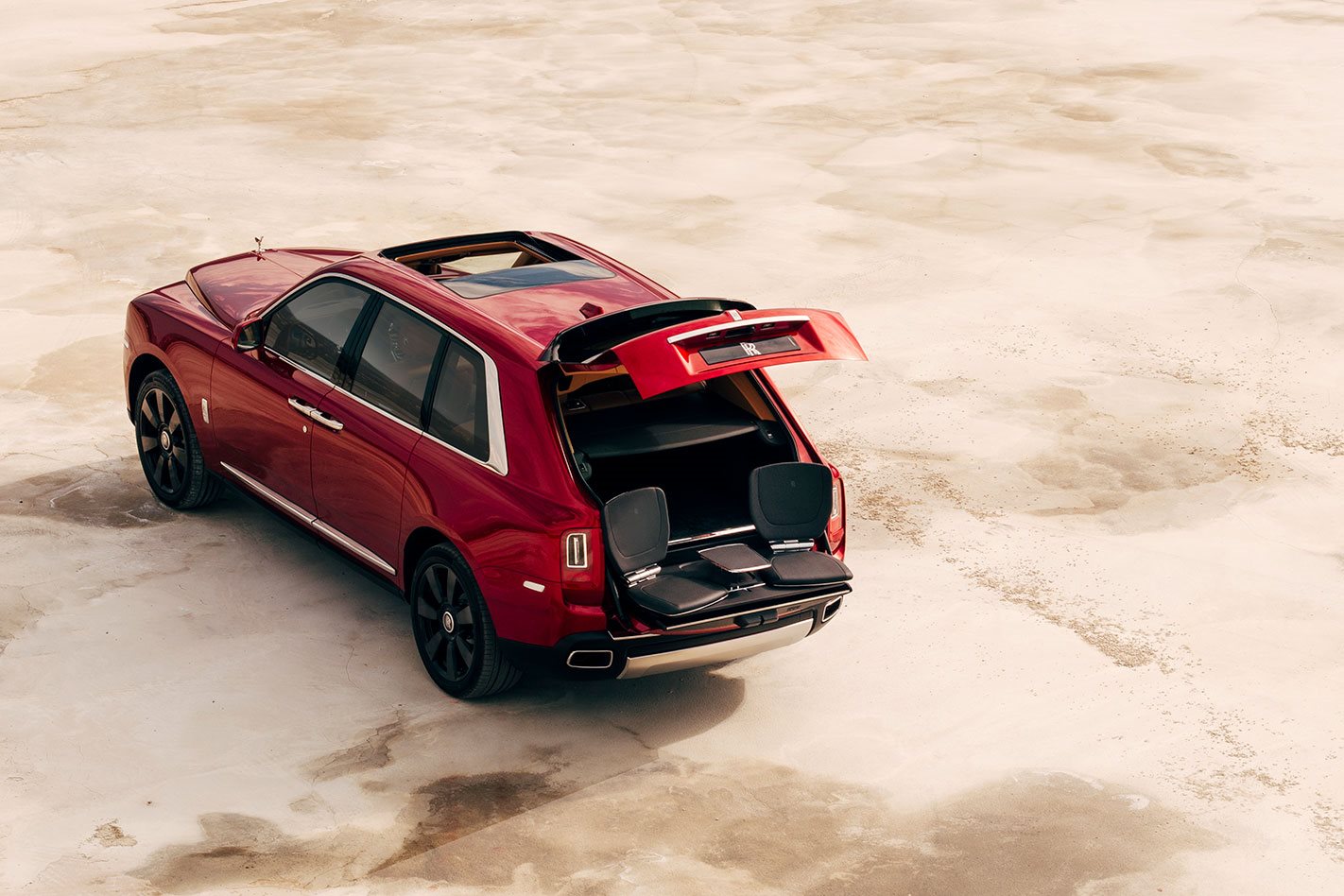 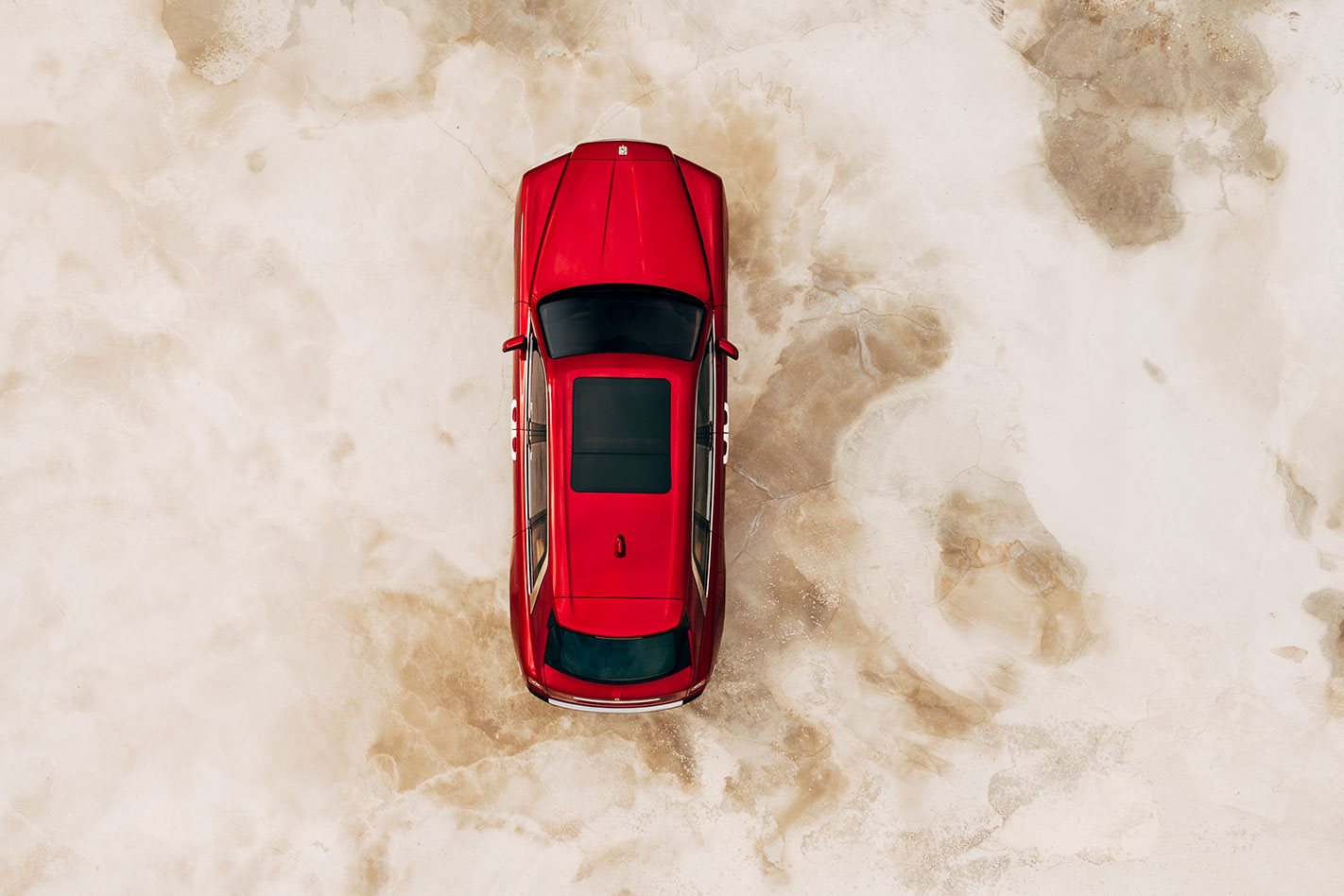 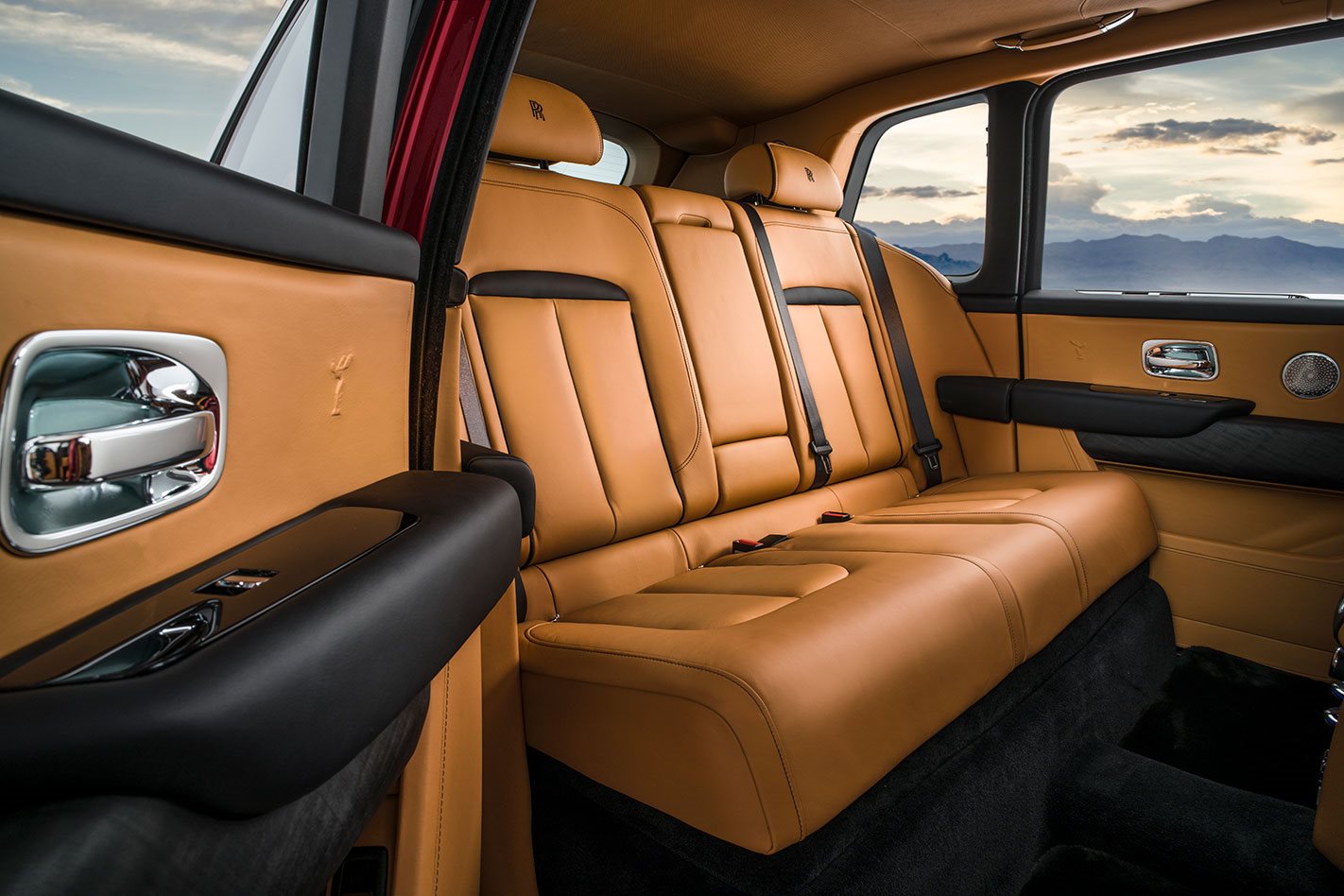 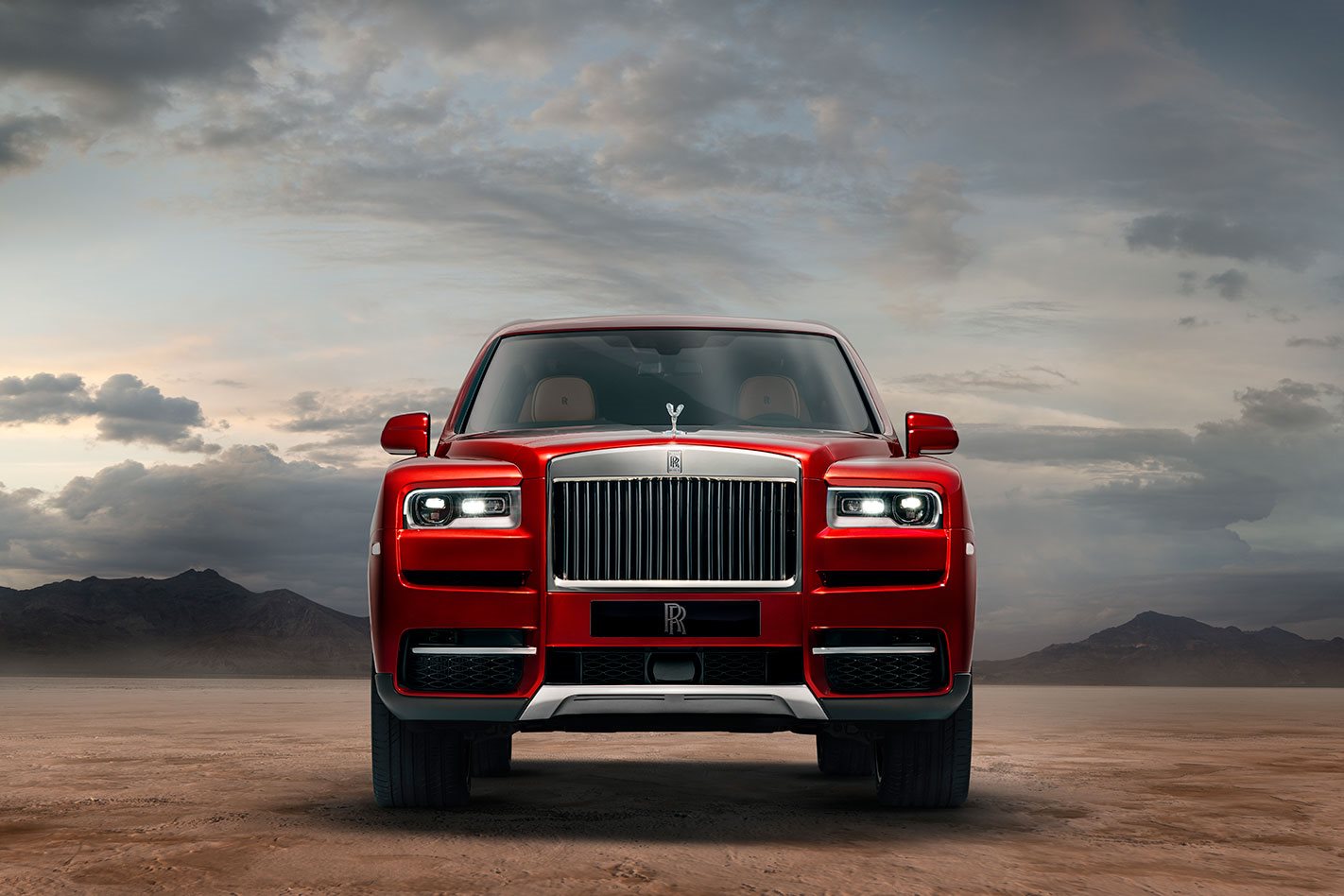 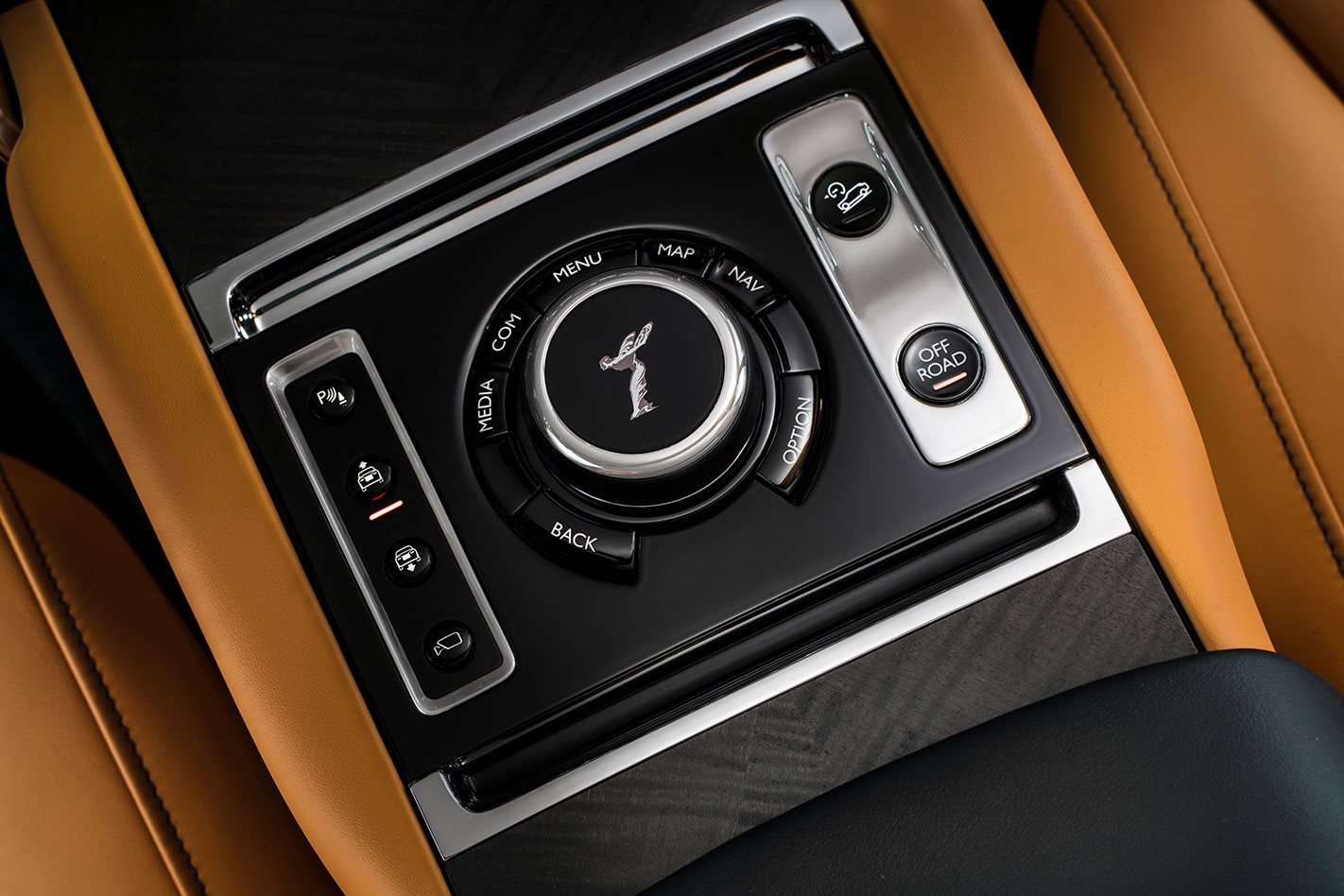 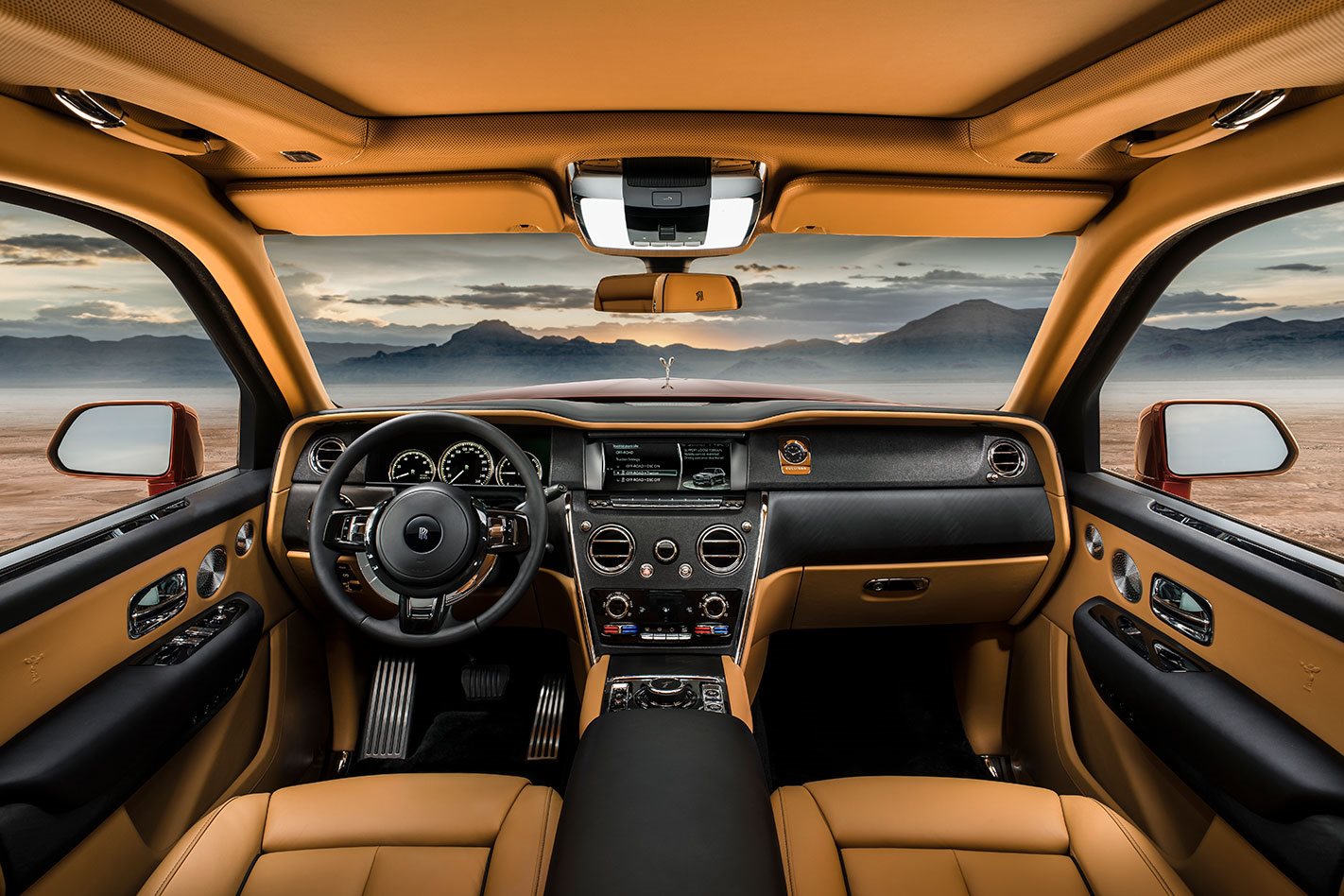