When we laid hands on the Centenario, Britain voted for Brexit. The election of President Trump also coincided with us getting behind the wheel of the Huracan Performante.

So, not surprisingly, we expected something big when sampling the Lamborghini Urus prototypes at Nardo. However, nothing happened. And just as the Urus has seemingly broken this bizarre pattern of Lambo launches and global political episodes, it has also broken from expectation when it comes to the Sant'Agata brand. 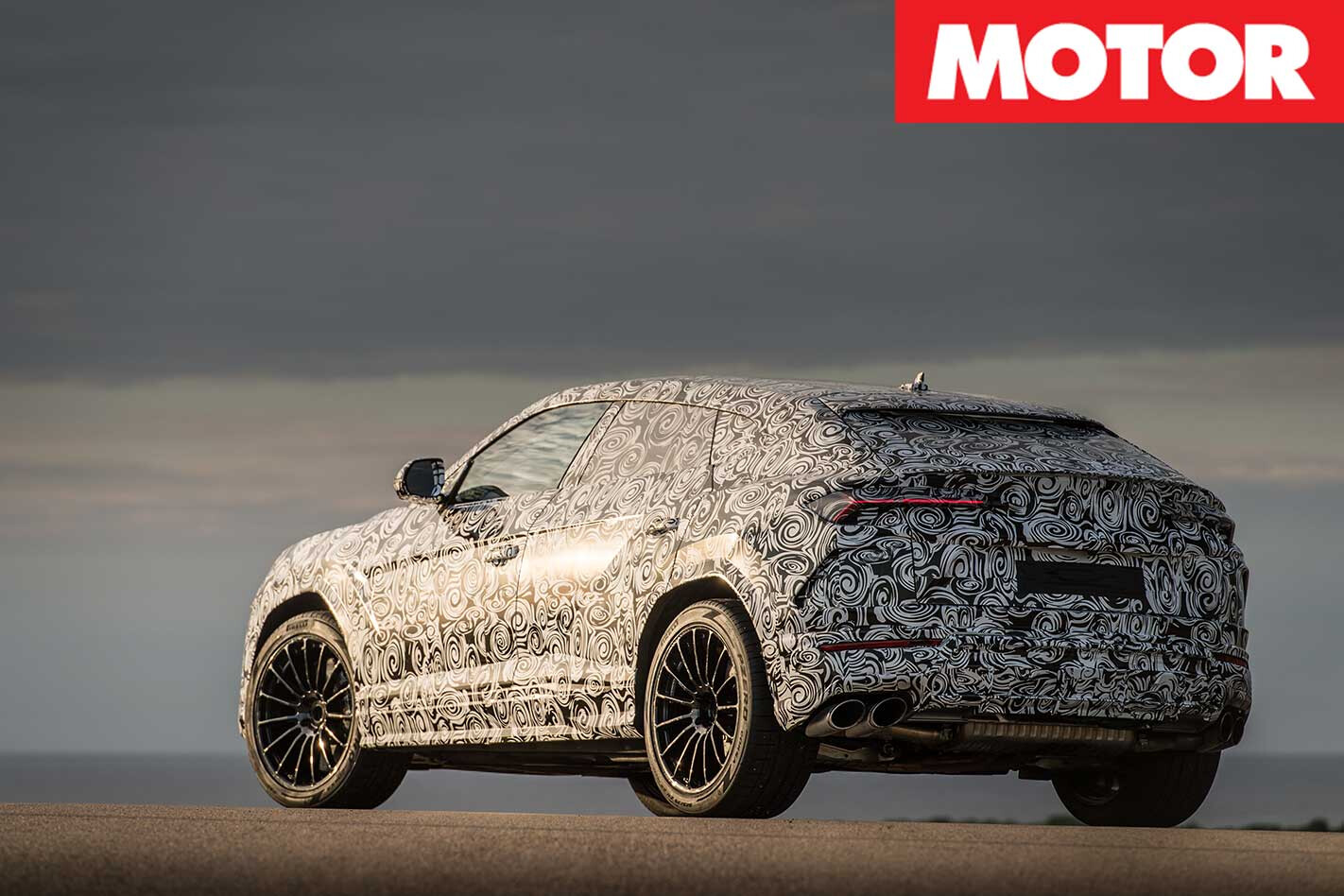 While purists may gasp at traditional supercar companies diving into the SUV cash grab, there’s real cause for optimism here. After all, this is a Lamborghini. That means it must look, feel and sound like a Lambo – even if it is a belated successor to the brick-shaped LM002. As this is a pre-production car, it’s covered in myriad swirls and camouflage.

However, as you have already been mentioned at its launch, the body was created with a low drag-coefficient target and loads of downforce in mind. Despite being an SUV, it employs spoilers, splitters and diffusers to wrap around the Urus and plant it to the ground.

Taking advantage of this aero trickery is a twin-turbo V8, which again is a break from tradition. We’re used to howling V10s and sonorous V12s powering two-door coupes. Utilising the 4.0-litre bent eight could be seen as Lamborghini scraping the Volkswagen Group parts bin. However, with 478kW and 850Nm, there could be worse options – especially when it’s the unit that will be powering the next RS6/RS7. It’s certainly enough punch to drift the all-wheel drive Urus through fast, fourth-gear corners. Plus, it’ll barrel down long straights and nudge 250km/h around the Porsche-owned 6.2km handling track at Nardo. And remember, this is all from a car weighing in excess of 2.2 tonnes.

To put its performance into perspective, the Porsche Cayenne Turbo does 0-100km/h in 3.9sec (Sport Chrono Pack). Its top speed is also 288km/h. Impressive numbers, yet the Urus shreds them. Just 3.6sec to 100km/h is the official line, but 3.35sec is what the in-dash readout says.

Yes, that’s with launch control (and an eight-speed ZF auto), perfect weather and what seems like the grippiest piece of Roman tarmac. Still, 3.35sec is quicker than a Huracan. The top speed is also expected to be in excess of 303km/h. 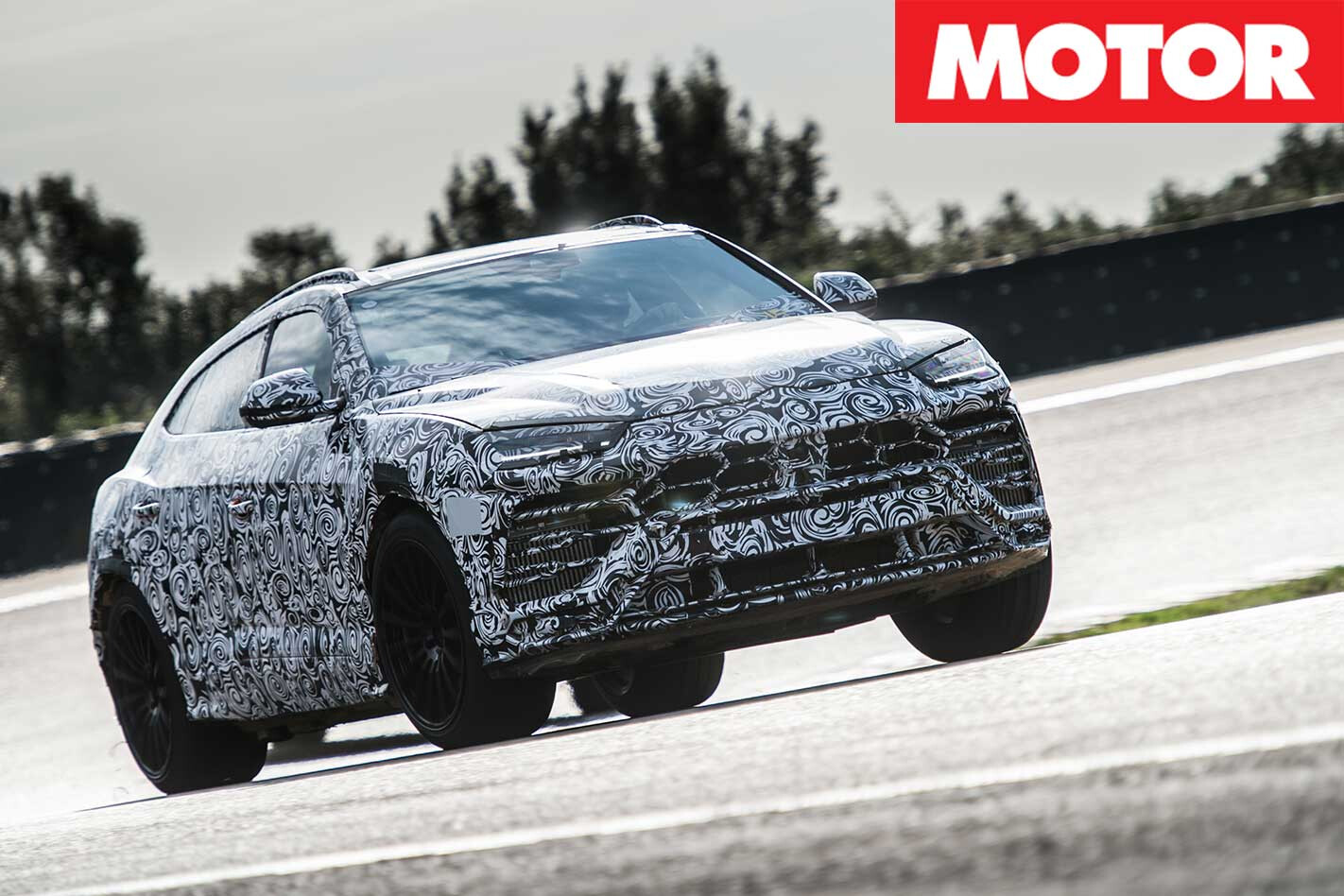 That speaks volumes for the aerodynamic efficiency of the Urus, which was designed by Filippo Perini. Essentially what we have here is a four-door, high-roof sports car – one that can, impressively, lap this handling circuit in a time similar to the Huracan.

This remarkable achievement required plenty of extra work in the chassis department. The four-wheel drive system uses a Torsen centre differential for a wide torque split front to back and a mechanical rear-diff lock for a subtle left-to-right distribution. In other words, there is no brake-induced torque vectoring like in the Cayenne, and no conventional self-locking centre diff.

Part of the package is a 48 volt system, which powers the fully adjustable sway bars along with the air-conditioning. Another item included in the list price, which reportedly starts half a rung below the Huracan, are huge 440mm carbon-ceramic brake discs with 10-piston calipers up front. Yes, 10 – certainly enough to fill the 23-inch wheels.

Completing the high-tech DNA is the adaptive air suspension and the rear-wheel steering. The maximum steering angle (three degrees) reduces the turning circle by 0.6m while extending the virtual wheelbase at speed by one foot.

However, while that all sounds very supercar and Lamborghini, having dedicated off-road modes doesn’t. The Urus gains Sabbia (sand), Terra (dirt) and Neve (snow) modes to accompany the usual Strada (street) and Corsa (track) settings. Ego allows you to personalise the driveline, steering response and suspension settings individually. It’s all part of new switchgear named Tamburello – which translates to 'tambourine'. We’re confused, too. 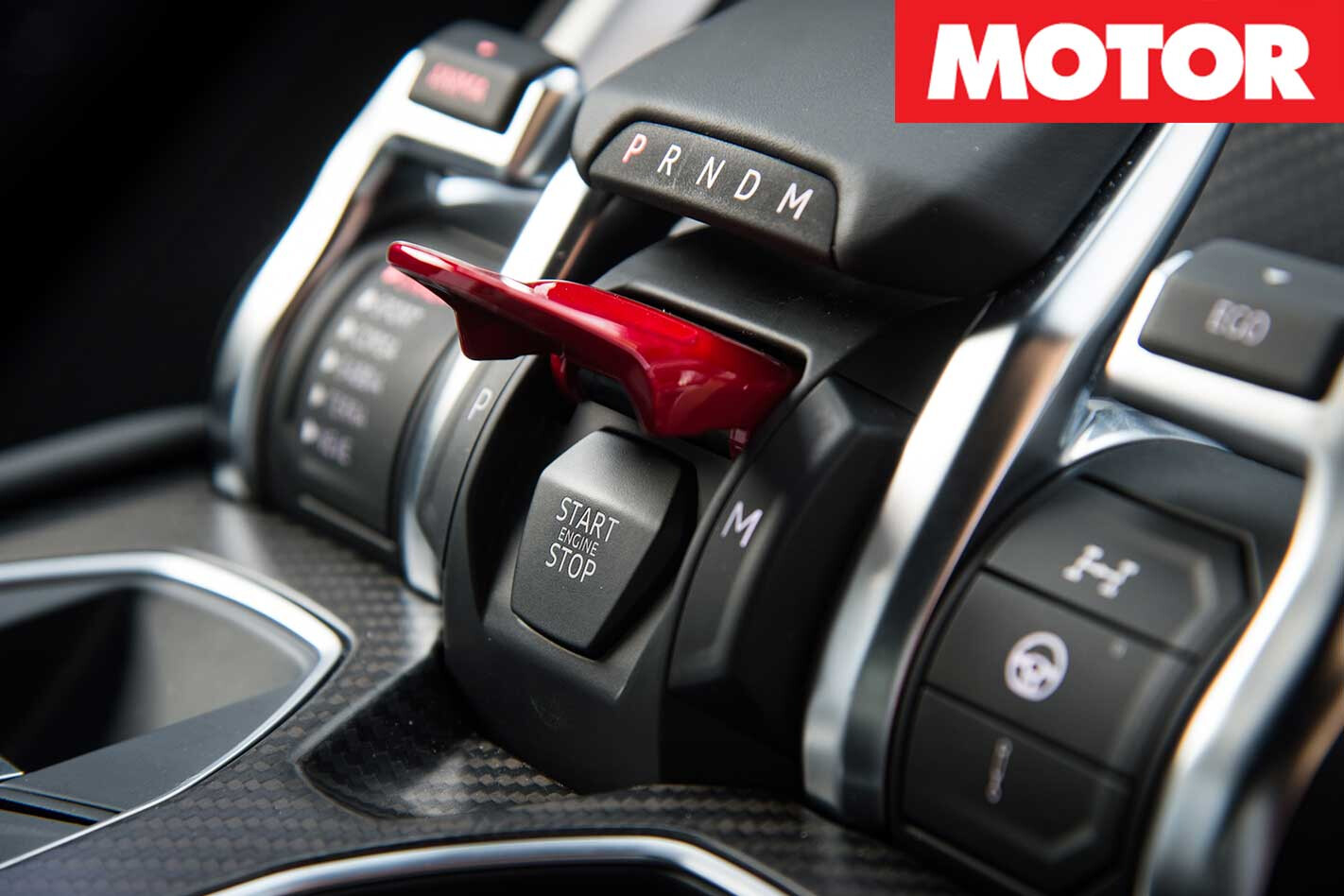 The Urus has many talents, but somewhat surprisingly for an SUV, the key assets are its totally involving handling and car-like performance all the way to the limit.

While sheer speed is one thing, to make it accessible in a confidence-inspiring fashion, is another. Especially when you consider the fact that the Urus comes with all the wrong ingredients for going fast – considerable mass, high centre of gravity and substantial weight.

Despite these genetic downfalls, it hugs the road, it juggles power and torque and it decelerates ferociously. The eight-speed automatic is correctly spaced, but it shifts more leisurely than a rapid-fire dual-clutch and isn’t as eager as the boosted V8. 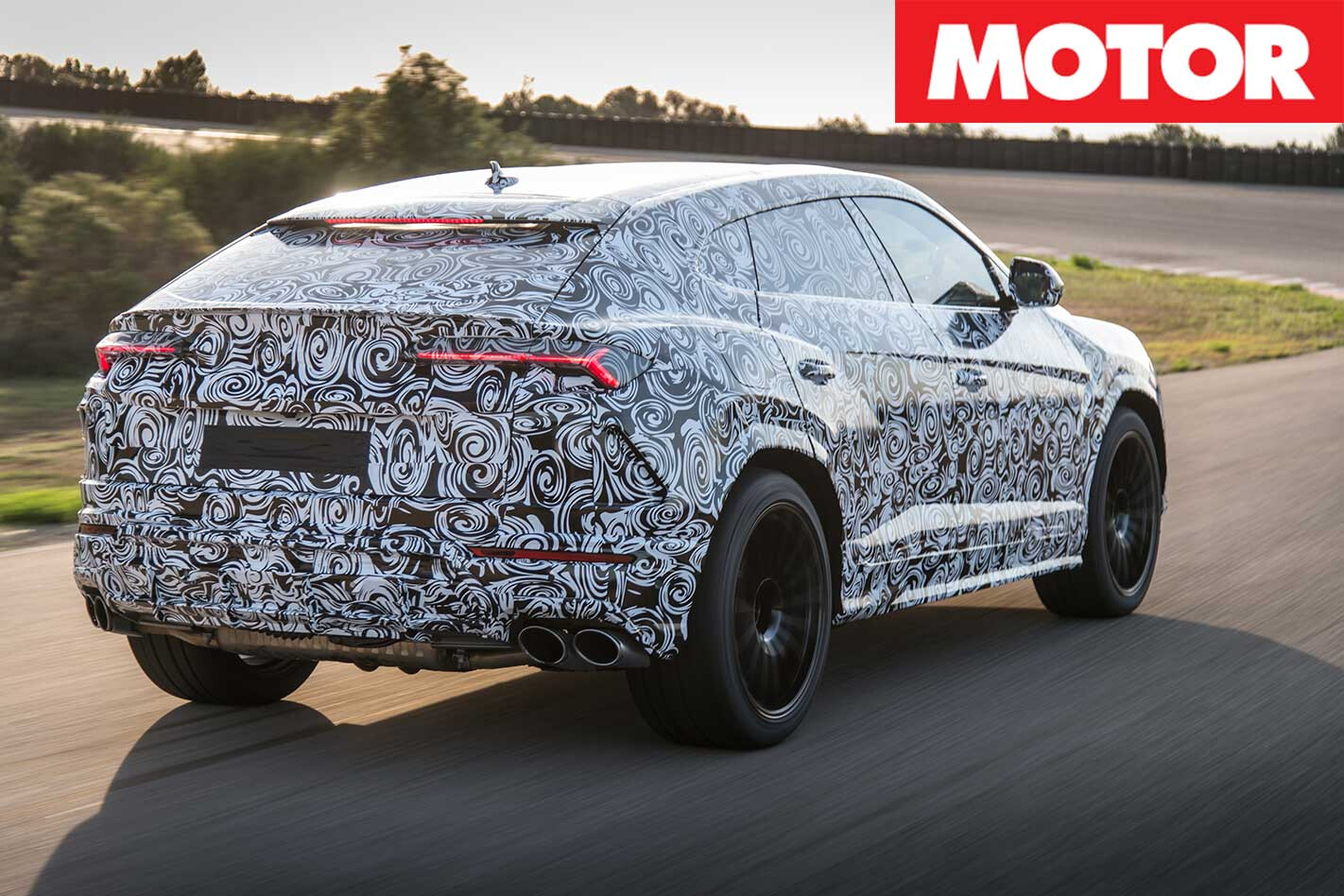 Of course, we have to remember that this is an SUV, so it should be able to go off-road. And it can.

Nardo’s off-road test isn’t really a test, however. The absence of serious climbs and descents matched with the fact that the surface is a mix of sand and sealed gravel is the proof. There are no deep ruts, grooves and potholes for a sterner test. 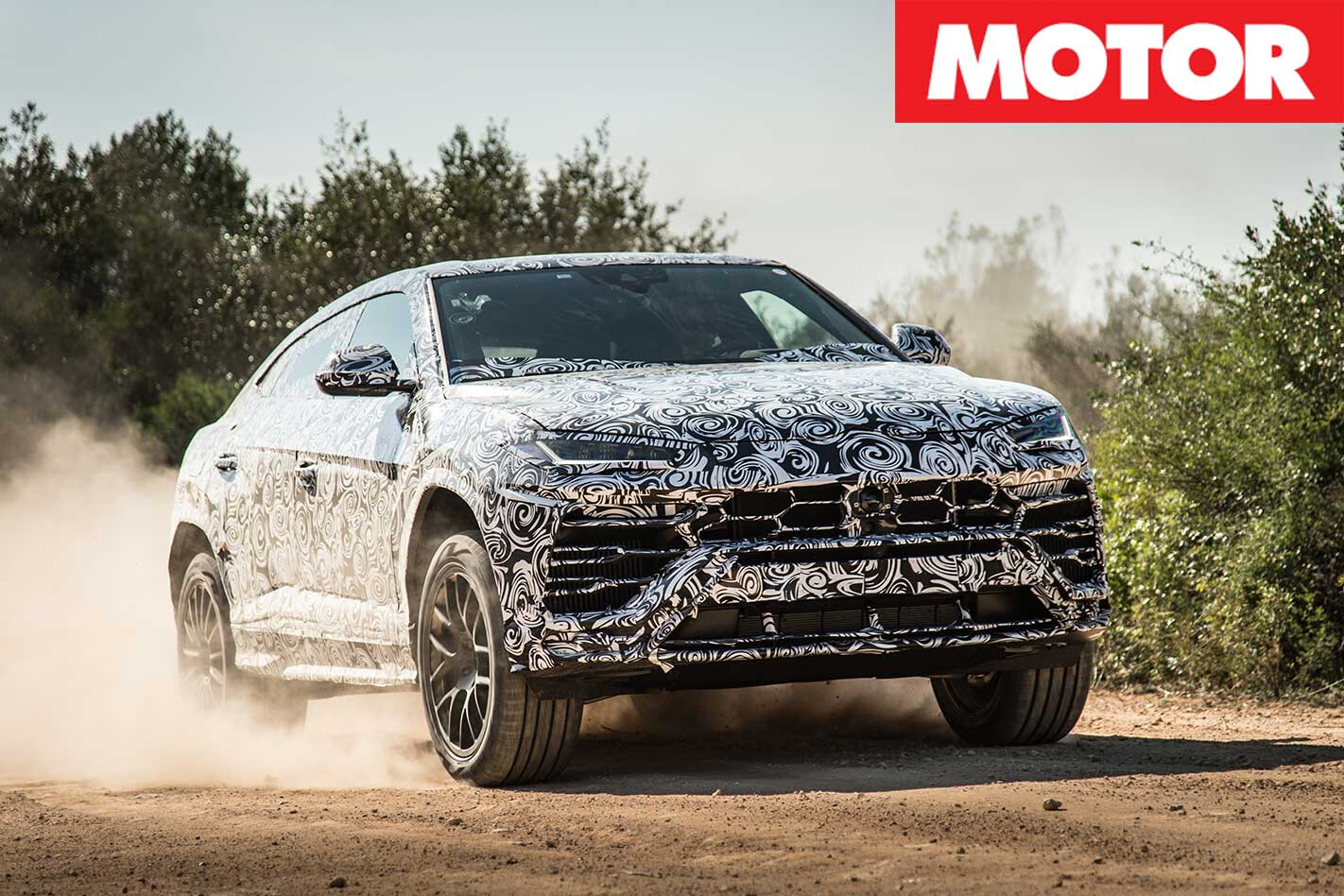 Still, despite being on road-biased tyres, with the ESC fully active, the Urus uses its longer wheelbase (compared to the Bentley Bentayga) for speed and composure. It’s a narrow course, and the grip level is deteriorating lap by lap as sand starts piling up alongside the polished loam-and-pebble racing line.

With your right hoof commanding 478kW and 850Nm, understeer does not stand a chance – unless of course you find yourself braking too late, thereby converting the mega-SUV into a part-time sand-shoveler. There’s also little wheelspin, although the pronounced rear-bias is an open invitation to kick out the tail and stick a drift. It’s a lot of fun, so much so it’ll make you chortle. Just don’t run out of talent and get too confident like yours truly.

So are there any negatives to the super SUV? Well, I’ve already mentioned the leisurely eight-speed auto. However, I’ll add mildly frustrating front-end pitch through fast corners, slightly lackadaisical tip-in, generous amounts of dive and squat, poor cabin ergonomics and an exhaust note that doesn’t quite stir the loins – even in Corsa.

Ultimately, the brawny V8 isn’t quite as special as the charismatic, naturally aspirated V10 and it downs fuel at the rate of an ocean liner. 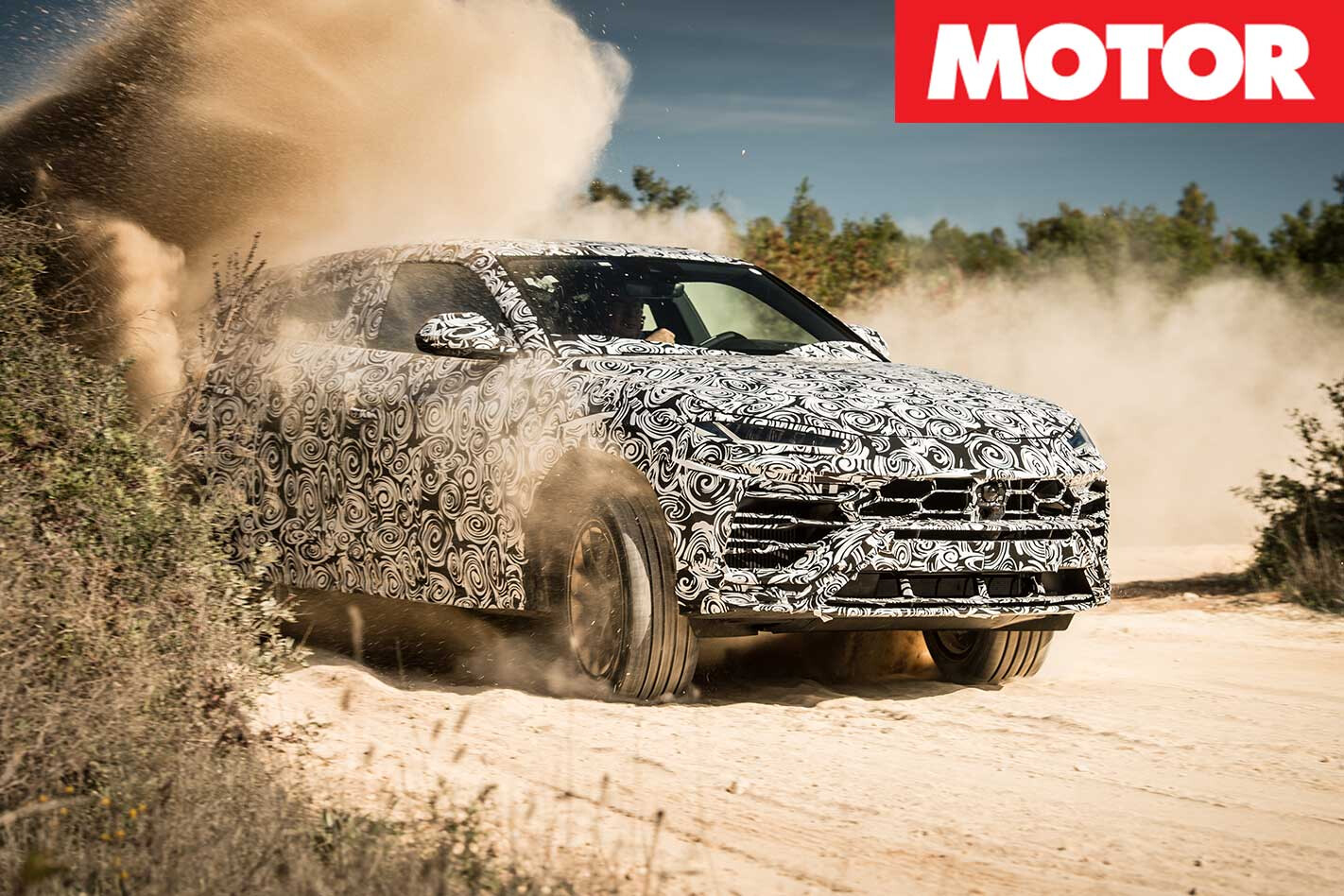 However, at the end of the day, the Urus is the answer to a question about 3500 customers are expected to ask per year. That figure in itself is set to double Lamborghini production alone as it ventures into one of the most profitable and booming segments within the current market. Those who purchase a 478kW SUV are obviously not short on funds, but despite its questionable image perception, buyers will be receiving a splendid car.

An ‘eco-focused’ V6 plug-in hybrid (think Porsche 2.9-litre twin-turbo V6 with electrification) is in the pipeline, as is a lighter, 515kW-plus Performante version.

Basically, the Urus can do things no other SUV would even attempt to achieve. 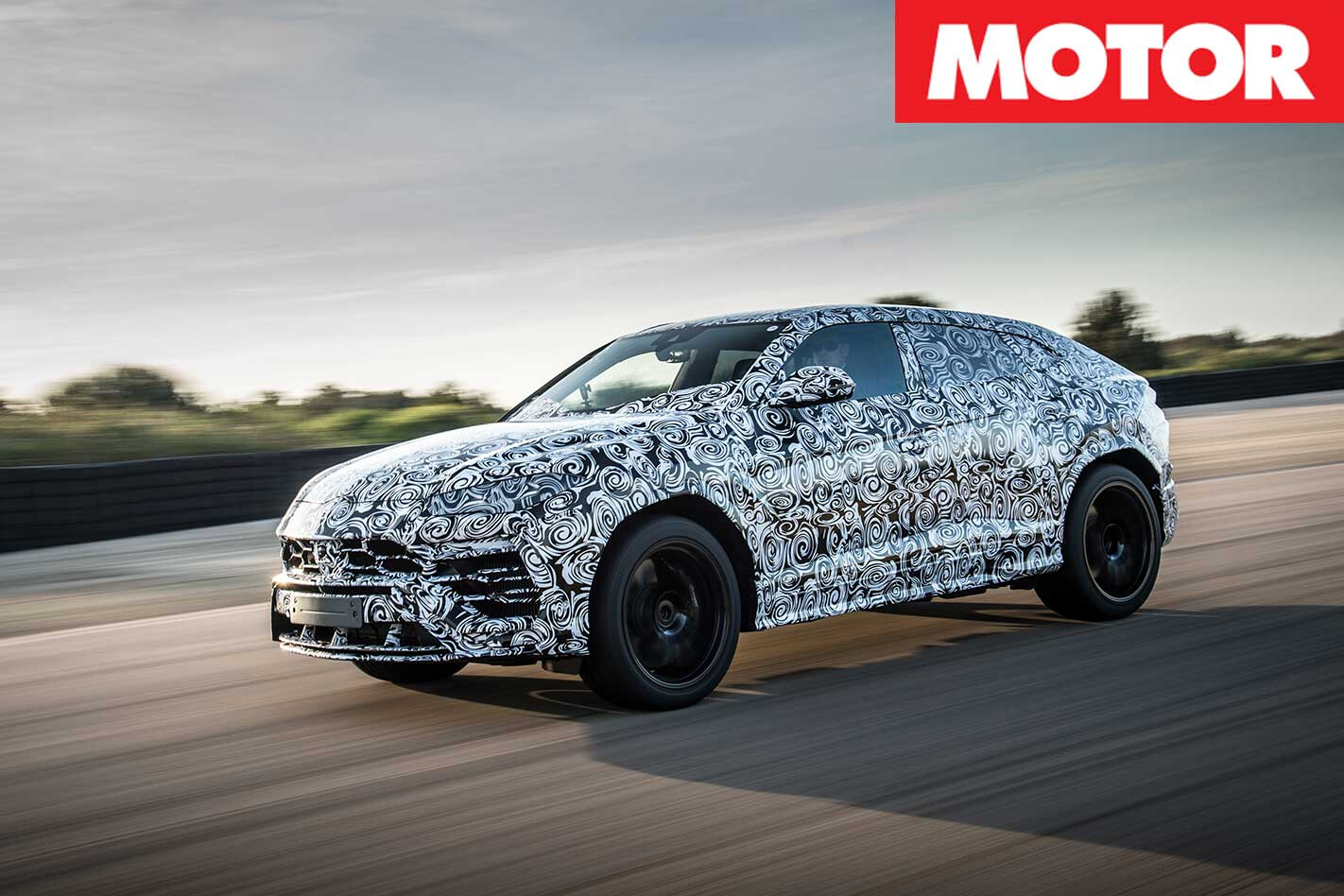 Fittingly, it does it in the same way the marque’s coupes used to sell exclusively in cramped, compromised coupe-shaped packages – it’s an impressive achievement that’s one cause for emphatic celebration. The other is the realisation that, while heading to Bari airport to leave Italy, no nation-changing decisions have been made.

Luckily, the fact Lamborghini has created an SUV, and a great one at that, remains the headline news.