The new Huracan Performante is the fastest Lamborghini ever

It’s early on a chilly December morning in Northern Italy.

In theory, the Imola circuit should already be in hibernation for the winter, but instead it is a hive of activity. A new Lamborghini, the prototype Huracan Performante to be exact, has that kind of effect. No caffeine is required to fire up the brain cells today.

The Huracan and Aventador are doing well in terms of sales, but money is tight in Sant’Agata. Lamborghini’s charismatic and knowledgeable R&D chief, Maurizio Reggiani, whose main mission is to reinvent the famous marque, is tasked with milking every last drop of potential from the supercar pairing by launching two profitable special editions per life cycle. 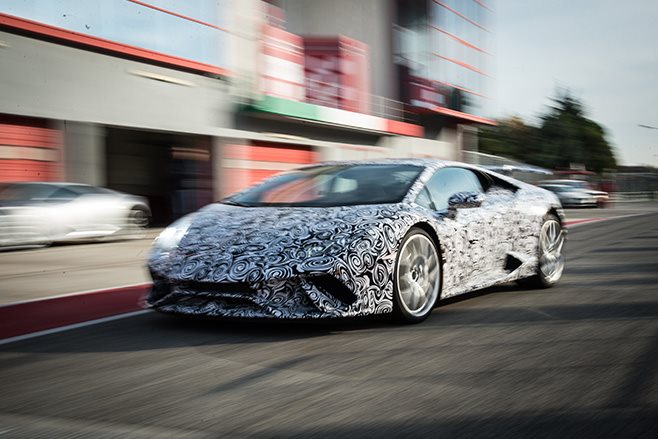 The Huracan Performante forms part of this plan and was officially revealed at the Geneva motor show.

The Performante is the latest in a long line of track-focused limited editions, but with some illustrious forbears, it has big shoes to fill. This time around, though, the Performante label, previously used on the convertible version of the Gallardo Superleggera, stands for much more than fancy wheels, loud decals and a slight power increase.

Despite the tight budget, Reggiani and his team have managed to introduce cutting-edge active aerodynamics to Lamborghini and the supercar segment. 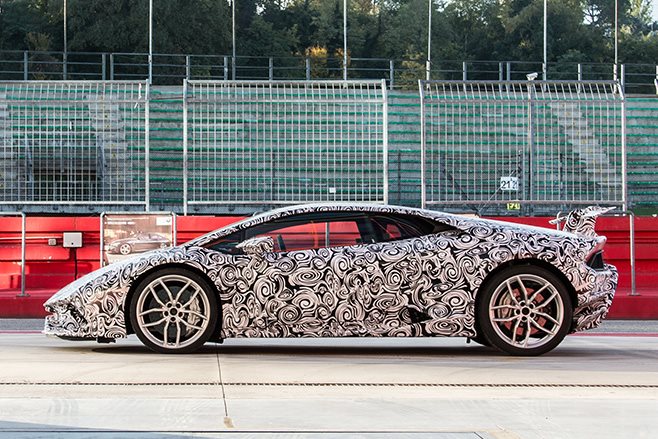 “The new Performante is in essence a Super Trofeo for the road,” states the senior vehicle development manager Dennis Schmitz, beaming with pride. “What makes all the difference is the patented ALA concept, short for Active Lamborghini Aerodynamics. It transforms the car by enhancing cornering grip, handling prowess and high-speed stability.”

Encouraging words, but the proof will be in the driving. For that, three dormant bulls sit in pit lane waiting for a good prodding. The first and last in line are standard Huracans, the former for Lamborghini’s chief test driver Pierluigi Veronesi to play pace car, the latter to provide a dynamic benchmark.

The middle steed is an altogether different kettle of fish, with the swirly camouflage signifying the Performante’s prototype status. The psychedelic disguise obfuscates the design changes, but you can still decipher the redesigned nose cone, revised air intakes, new wheels and an imposing rear wing sitting atop wide mounts. 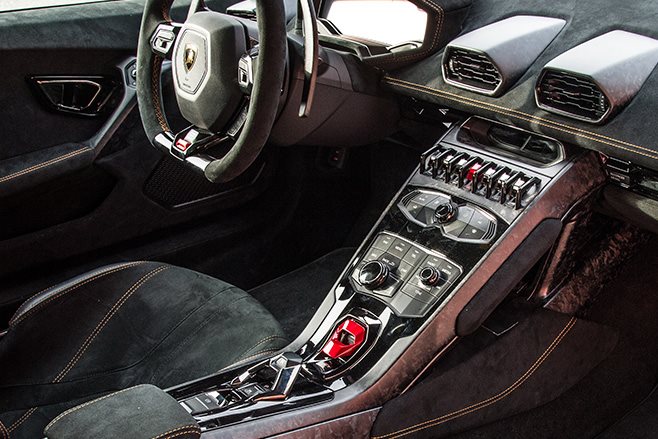 Does this alone make the Huracan a dynamic hero and worthy of the Performante designation? No, there’s much more at play here.

ALA incorporates three small electric motors which operate a quartet of flaps, two hidden in the front bumper operated by a single electric motor with two more, each with its own motor, under the rear wing. Depending on the drive mode selected, these flaps have the ability to operate simultaneously or independently, manipulating airflow to either reduce drag or increase downforce. 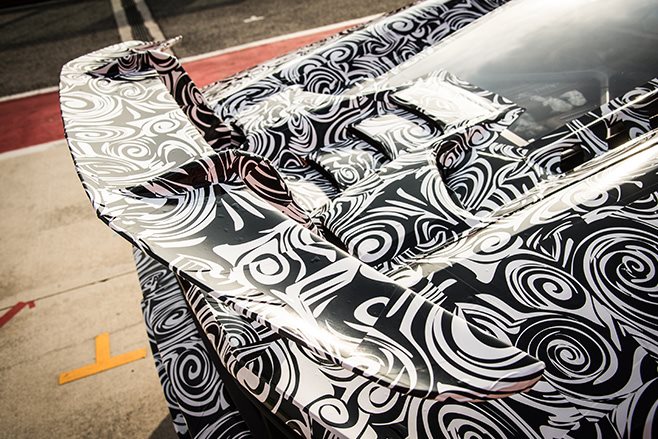 At 310km/h, this time the rear flaps open to reduce drag – just like the DRS system on a Formula One car – and allow the Performante to chase its 325km/h-plus top speed.

But it’s in Corsa mode where ALA really flexes its muscles; all flaps are able to operate independently depending on the Performante’s lateral and longitudinal grip requirements. It’s similar in principle to the system seen on the Pagani Huayra, though the Huracan’s hidden flaps mean all the magic happens invisibly on the Lamborghini.

Explaining how ALA operates is easiest with a practical example, and Imola is the perfect playground. It’s a fantastic circuit, heavy with history, some of it tragic, and tremendously challenging with plenty of high-speed sections. 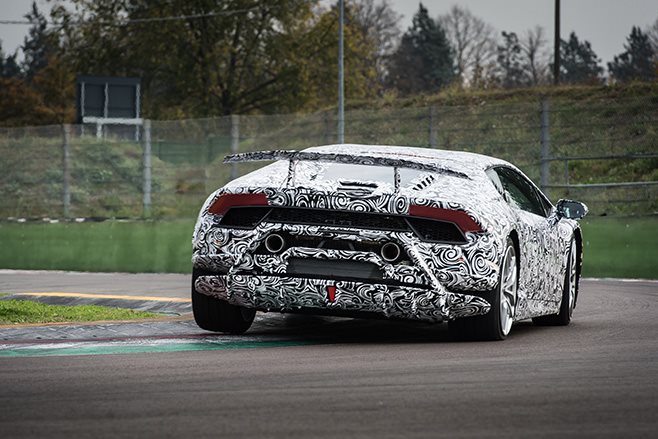 Before we leave pit lane there’s a quick discussion about the appropriate ESP setting: “Sport is dedicated to making the car feel a little loose and tail-happy,” explains Lorenzo Rinaldi, who is in charge of vehicle dynamics.

“For the fastest lap times, however, you’re better off in Corsa. It is more focused and sharper overall. Alternatively, you can of course switch off stability control altogether.” We’ll stick with Corsa for now.

Accelerating down Imola’s long, slightly curved front straight, all the flaps are open to reduce drag and increase straight-line acceleration. Braking for the Tamburello chicane, installed after the death of Ayrton Senna in 1994, all four flaps snap shut to maximise downforce and press the tyres hard into the tarmac. 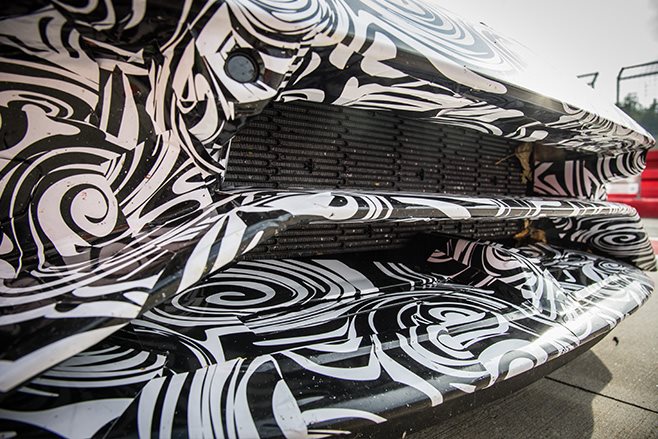 With a turn of the steering wheel into the first left-hander, the rear-right aero flap opens, releasing the aero load on the heavily stressed outer tyre while the rear-left flap remains closed, pressing the inner rear wheel down to increase grip and traction. As the wheel turns right for the second part of the chicane, the reverse occurs.

Lamborghini describes it as ‘aero vectoring’, using the air to manipulate the dynamic balance rather than braking individual wheels like traditional torque vectoring systems, and estimates it generates an extra 0.2-0.4g of lateral load within fractions of a second, while also suppressing understeer by permitting smaller steering angles.

From behind the wheel the Performante effect is immediate; even with an amateur at the limit, thanks to all this trickery, confidence at the limit is staggering. 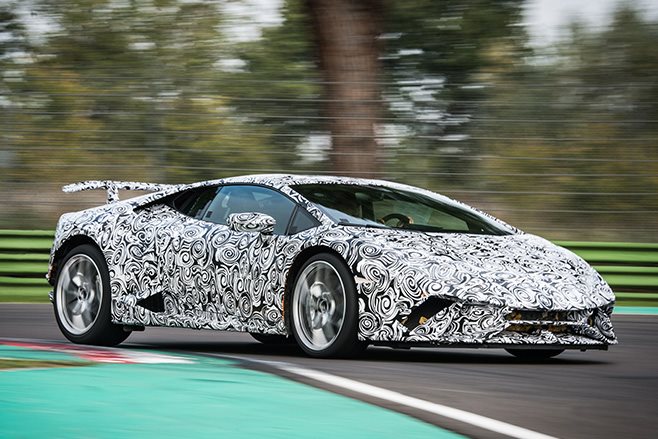 This is proven when following hotshoe Veronesi, who is piloting the standard car. Thanks to ALA, holding your right foot flat where he must lift is easy and to be honest, the Performante is verging on Aventador pace around this track.

Of course, this extra pace is not all down to the wild wings; there’s the more aggressively calibrated all-wheel drive and ESP systems, faster-shifting seven-speed dual-clutch transmission and firmer suspension. 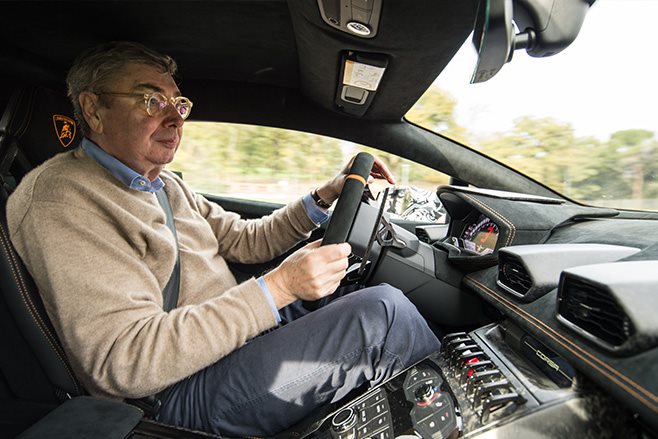 The substantially stiffer chassis is a tangible asset when fighting the paling red, white and green kerbs of Imola. Despite this calibration, the ride quality on public roads barely suffers, claims project leader Antonio Grandi. “Especially in Strada, springs and dampers are sufficiently pliable. Maximum downforce does of course have an effect on the compliance.”

But who cares about comfort when you’re on a racetrack? However, it is the perfect place to test the buffer zone between the physical and newfound aerodynamic grip. Perhaps the other significant dynamic alteration is the reprogrammed steering. The effort is now slightly higher in Strada, the ratio quickens in Sport, and there is no longer any variation at all in Corsa, exactly the way Porsche does it.

With the new aerodynamic tech it would be easy to overlook the Huracan’s uprated engine, but it’s impossible to ignore the vicious bark generated by the 5.2-litre naturally aspirated V10. It sounds rawer and meaner thanks to the lightweight, free-flow exhaust, the high-set tips now exiting directly out the rear of the Performante. 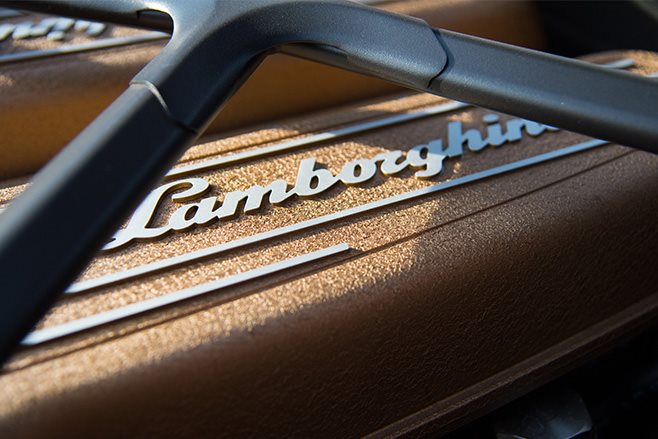 Thanks to the new exhaust and Super Trofeo-derived intake system, outputs increase from 449kW/560Nm to 470kW/600Nm. This cuts the 0-100km/h time to an Aventador-matching 2.9sec, while hitting 200km/h requires another six seconds.

By 1pm we’ve completed two full Grands Prix distances and the evidence is clear to see. The fuel tank is nearly empty, the air is full of brake dust and the tyres are spent, rubber marbles splattering the front and windscreen. But there is still time for one more session before the track closes for lunch and the Performante is like a drug – you’re unable to say no to one more hit.

The final 20 minutes on track are intoxication, stimulation and exhilaration combined. This car is so good it could easily cope with an extra 30 or 40 kilowatts, and why not add rear-wheel steering similar to the system which debuts in the Aventador S? 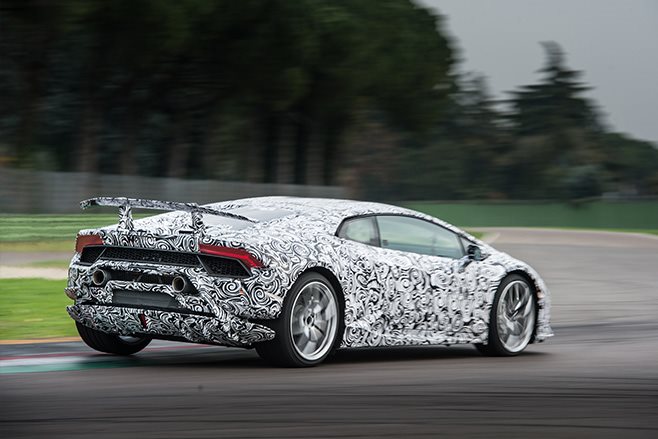 Then again, the Performante is already faster around the Nurburgring than the Aventador SV, setting a remarkable 6min52sec time, which makes this new Huracan the fastest production car around the famous German racetrack… ever.

In more ways than one, the Performante is kind of a poor man’s Bugatti Chiron. It is amazingly stable under hard braking, it controls its body movements and it sticks to a line like glue. It’s a remarkable sports car which pushes the envelope much further than its nondescript model designation suggests. It’s a pain to get in and an embarrassment to get out of, but what happens between these two procedures is dazzling, physical and addictive.

The Performante may have to give best to the likes of the upcoming Ferrari 488 Speciale and Porsche 911 GT2 RS in terms of raw figures, but it is bound to hound its rivals in reality thanks to the game-changing adaptive aerodynamics. This truly is a Huracan on steroids. 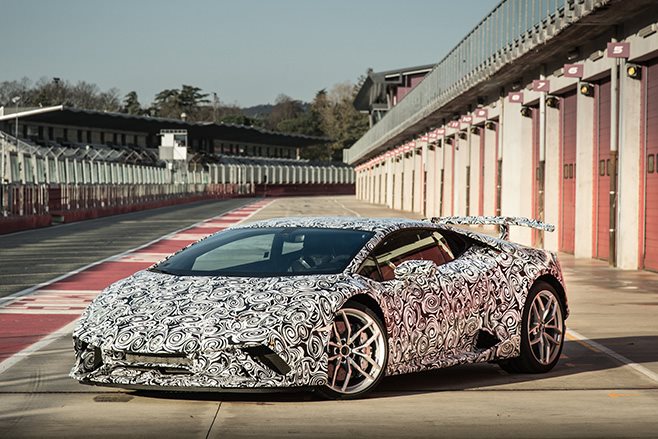 Like: Formidable pace; handling; aero tech
Dislike: Hard to get in and out of; race-car ride 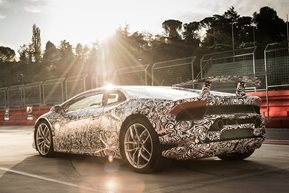