Alpina has today revealed it will release its sixth-generation B7 which is based upon BMW’s current 7 Series platform. 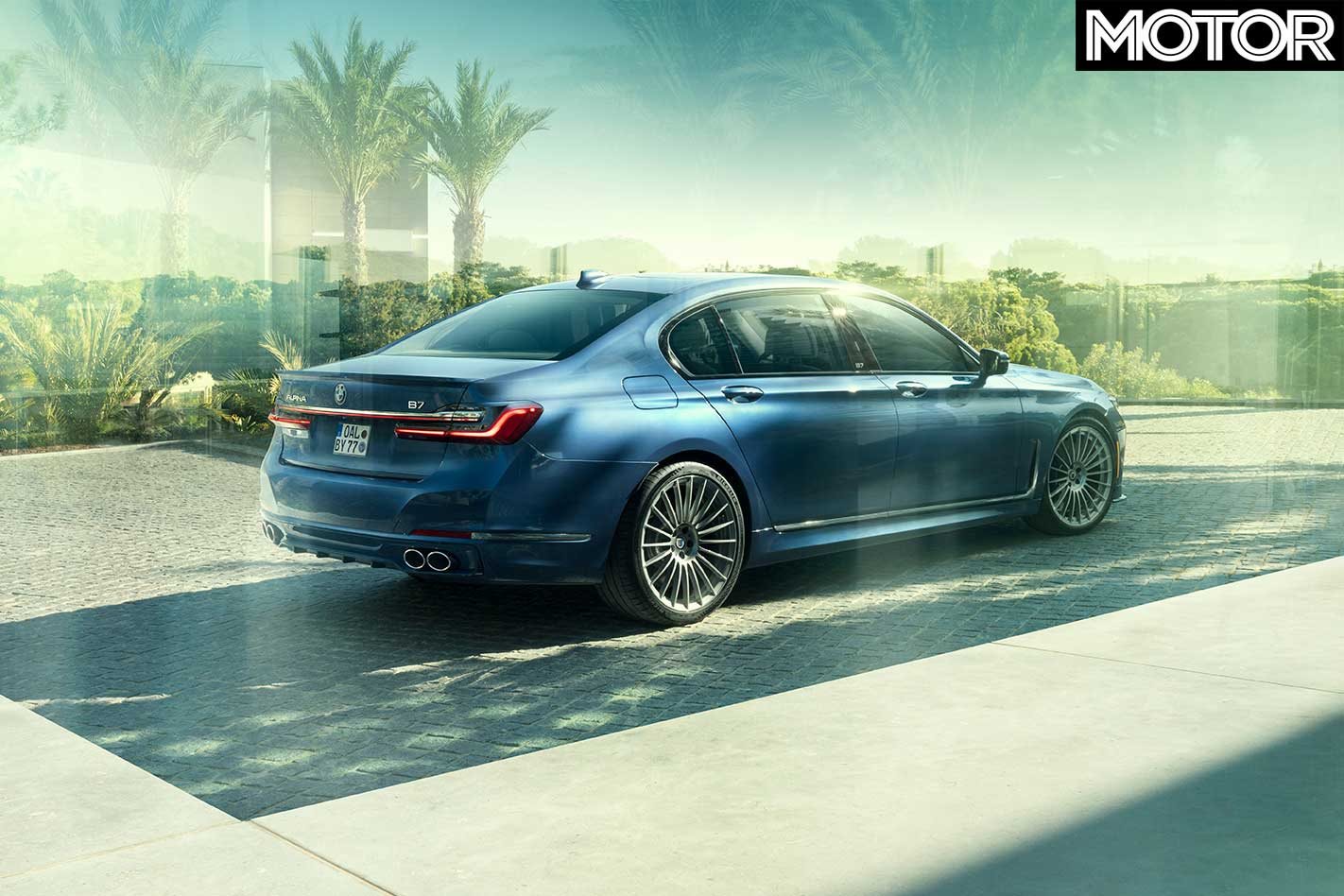 To make that much power, the Alpina’s turbochargers have been slightly tweaked from the previous B7 with larger 54mm diameter impellers (up from 50mm). The Alpina-specific intercoolers feature interconnection pipes to reduce intake pulsations between the two banks of cylinders.

These changes, along with new engine management software, means that peak torque is now available from just 2000rpm and provides grunt right through to 5000rpm. Alpina says this gives better throttle response and a more effective performance gain.

A stainless-steel Alpina exhaust system will feature on the car which will include active valves that open or close depending on whether the car is in Comfort or Sport, the latter likely the preferred option for die-hard rev-heads.

Two-axle air suspension will feature alongside Dynamic Damper Control and Active Comfort Drive to give the upmost level of driving comfort. The air suspension allows the ride height to be adjusted by a total of 35mm. 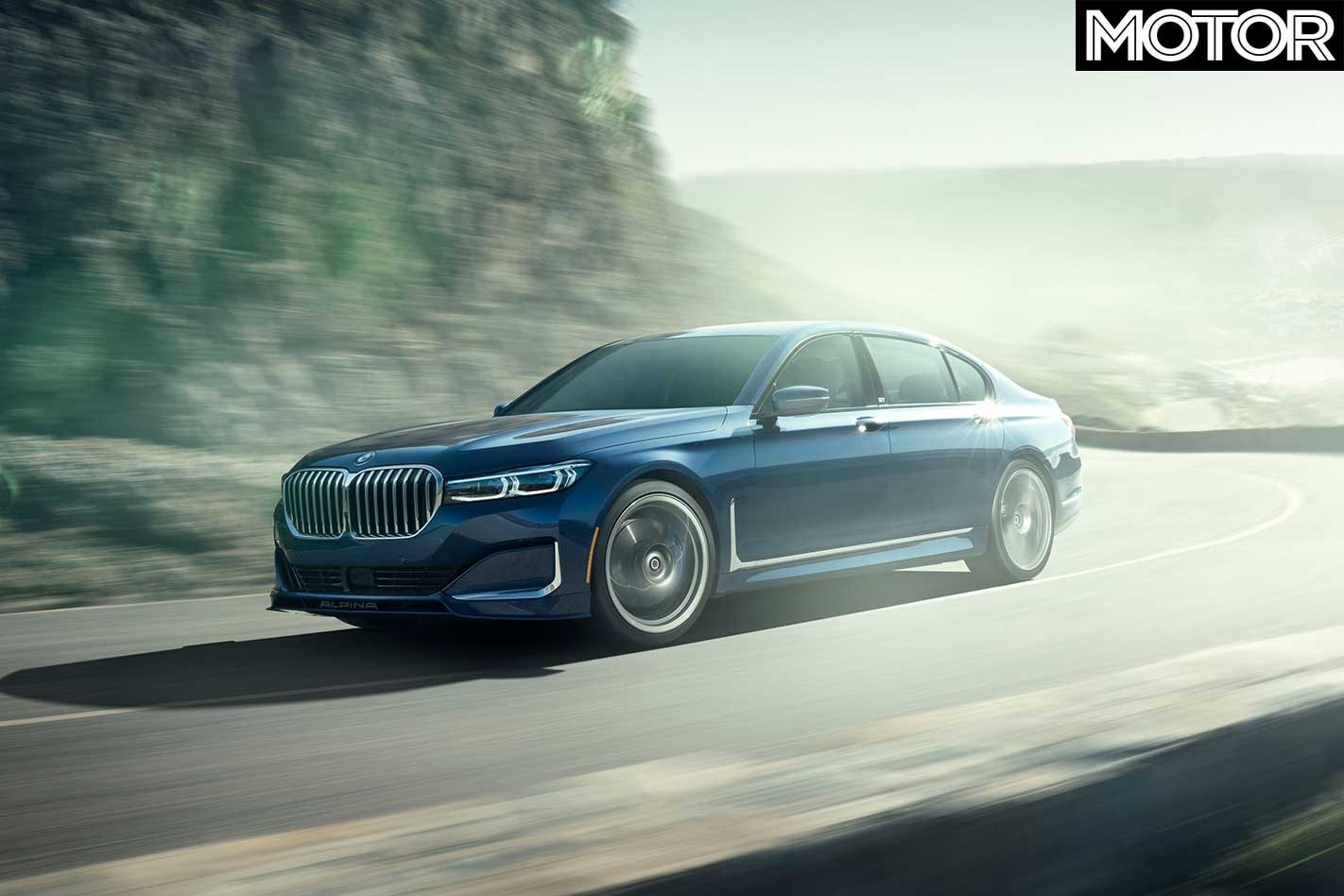 At speeds over 225km/h, the B7 will automatically lower the suspension for better handling and a lower centre of gravity.

The Alpina’s standard 20-inch wheels will be shod with Michelin rubber measuring 255/40 at the front and 295/35 at the rear. Optional 21-inch Alpina classic wheels will be available.

The B7 will feature BMW’s xDrive all-wheel-drive system which Alpina claims will “continuously distribute torque between the front and rear axle within milliseconds for maximum traction and control.”

Alpina has added further cabin refinement to reduce tyre noise by shielding the rear arches and including insulation in the B-pillar area. Thicker laminated glass will help give better interior sound deadening.

For those young ones lucky enough to riding in the back of a B7 limousine, there will be twin 10-inch HD displays running a Blu-ray DVD player to keep them well occupied. 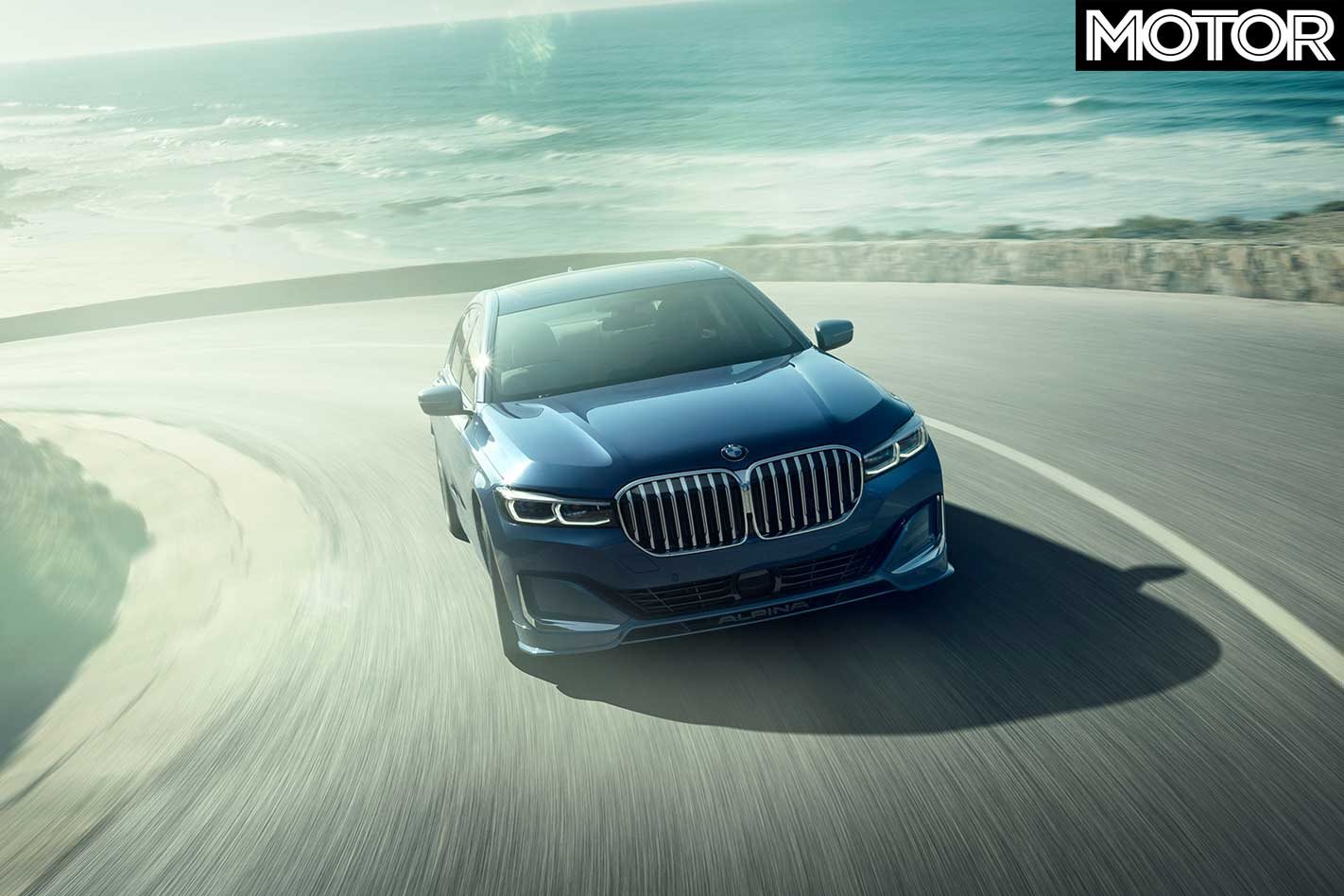 A BMW Touch Command unit (a removable tablet similar to an iPad) can be used throughout the cabin and allows occupants to operate comfort functions such as seat adjustment, interior lighting, climate controls, and navigation/communication systems.

The B7 xDrive will have several driver assistance systems on board. Features such as collision and pedestrian warnings, lane-departure warning, blind-spot detection and cross-traffic alerts are all standard.

The new sixth-gen Alpina B7 xDrive will go on sale in Q3 2019 in the US, with Australia yet to have a confirmed delivery date.