ORGANISERS of the iconic Birdsville Races have announced the 2020 event has been cancelled, but reassured us it will be back in 2021 by revealing the dates for next year's event.

The 2020 Birdsville Races were set to run on September 4 and 5 this year, but have had to be canned due to health and safety reasons.

The races are traditionally held over the first weekend in September each year and draw thousands of enthusiasts to the outback Queensland town on the eastern edge of the Simpson Desert, which usually has a population of just 150 people. The 2021 dates have been set at September 3 and 4.

HOW TO SURVIVE: The Birdsville Races

“It is with heavy hearts that we have made the difficult decision not to stage the Birdsville Races this year. As much as we were holding onto the hope that we could run them, we’re at a point where we’ve had to concede defeat. The health of our patrons, and those who live in Outback Queensland, is of paramount importance to us - and it is impossible to know what the status with Covid-19 will be come September,” said Gary Brook, Vice President of the Birdsville Race Club. 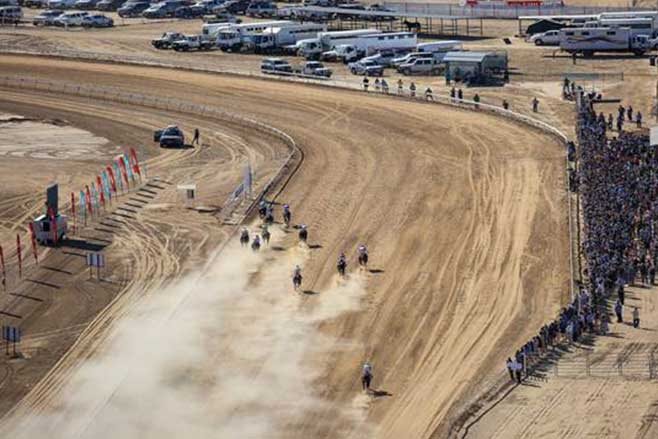 This news comes on the back the canning of Birdsville’s other big event – the Big Red Bash. The massive music festival that is held at the base of the giant sand dune known as Big Red was set to happen in July but was cancelled earlier this year once the effects of the pandemic were unfolding.

Like the Birdsville Races, the Big Red Bash promises to be back bigger and better than ever in 2021.
While the BRB has limited numbers and usually sells out quickly, numbers at the races are not capped. The last time the races were cancelled was back in 2007, when the town was cut off by flooding, and crowds flocked back the following year.

“After the event was unable to run in 2007 we recorded our largest crowds ever in 2008. And we’re expecting next year to even bigger than that. It will be an amazing experience in Outback Queensland,” said Gary Brook.

POST LOCKDOWN: Now is the time to plan a trip!

While these events have been cancelled for 2020, don’t let that stop you from visiting Birdsville and the Corner Country. Travel restrictions are progressively lifting state by state and it won’t be long before travel to Outback Queensland and beyond is allowed again.

Birdsville is the eastern stepping-off point to the Simpson Desert and is a classic outback town. The iconic Birdsville Pub and the bakery have new owners and will be open for business, and there’s plenty of camping in the caravan park and outside of town. Big Red is just 30km west and is a Mecca for four-wheel drivers, even if you’re not planning to continue across the desert.

Keep an eye on the Queensland government news for the status of travel restrictions, and check out the Outback Queensland website for what’s on in Birdsville.