A new video from BMW detailing the next M3’s development has hinted at what the G80-series four-door might drive like months ahead of its official reveal later this year.

The clip, which is one of the first official releases on the new M3, follows two chassis engineers in a prototype who explain the process BMW M follows when tuning its cars and, more importantly, reveals their impressions on the radically changed legend that now offers all-wheel drive and a new eight-speed transmission. 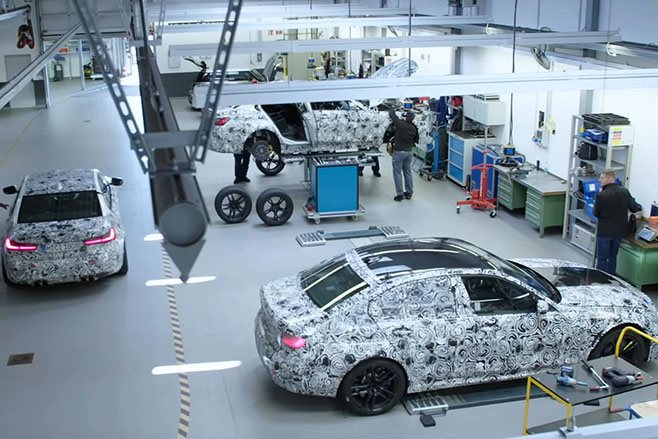 While it’s not clear what drivetrain lies under the heavily camouflaged M3s they’re driving in the video, they don’t hold back criticism. Christian Flessa (the guy in charge of M dynamic systems) commentates from the passenger seat during a lap of the Nurburgring, a track they call home at BMW M’s testing centre.

“Here we need a very controlled body,” he says as the car jostles to control its suspension movements through the Fuchsrohre section, “there is still potential for improvement right now. The car is still very pressure heavy.” We assume that’s engineering speak for firm compression damping. 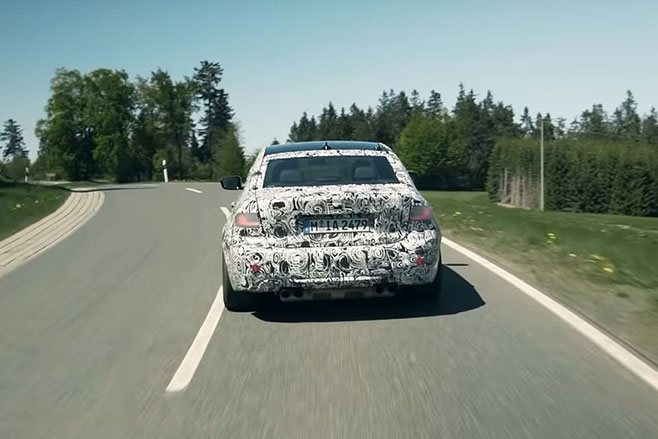 But their faces light up when they arrive at the track’s tight section known as Kallenhard where Peter Schmid, the guy behind the wheel in charge of its handling, says “turning in is a real pleasure”, with a wide smile. That’s a promising quote after he said they’re hoping to remove “…disturbance from the steering system, such as the force generated by friction,” earlier in the video.

But it’s clear the track allows them to exploit all of the M3’s talents after Flessa adds “it’s fascinating to feel the car travelling so smoothly over the curbs [sic]”. The stability control systems also seem to build on the outgoing M3 MDM mode’s reputation. “The DSC is fully activated and we have no problems driving at full racetrack speed,” Schmid says, “the car releases torque freely but helps out if you overdo it.”

So, while sharp turn-in, light steering weight and tight damping are what we can take away as hints at what to expect, they may be tweaked out before the new M3, the most diverse and varied in specification yet, arrives.

The new M3 is expected to debut later this year before launching globally Q1 next year. 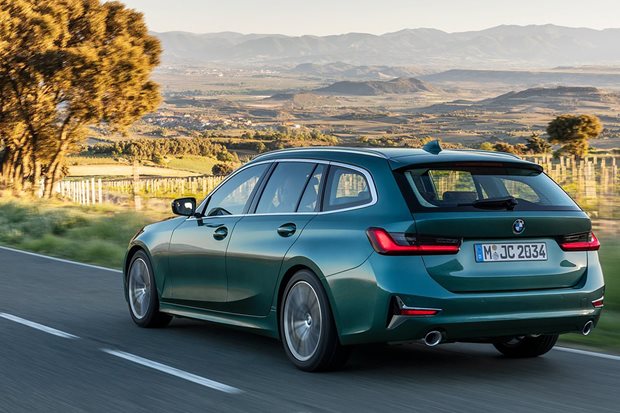