Deep within automotive boardrooms the world over, there’s a term that’s flung around as frequently as “Kale detox” at a Bondi cafe. It’s ‘platform rationalisation’, and chances are that the car you’re driving now conforms to its edicts in some way.

For a company like Jaguar Land Rover, which currently has six models under the LR brand, and seven for the Leaping Cat, a tightly rationalised platform strategy is essential for long-term viability, as well as the flexibility needed to accommodate combustion, hybrid and EV powertrains.

Here’s how it will influence the all-new Rangie, due next year.

The key to all future premium models from Jaguar Land Rover is MLA, an acronym for Modular Longitudinal Architecture.

MLA is complemented by MTA (T for transversely mounted engines) at the smaller end of the fleet, in vehicles such as the next-gen Range Rover Evoque. MLA comes in three versions known as low (next Jaguar i-Pace), mid (Jaguar’s forthcoming J-Pace flagship SUV) and high (Range Rover).

Fully scalable in length, width, height and wheelbase, the aluminium MLA is much lighter, stiffer and less complex than the D7 platform it replaces. It’s a flexible yet extensively standardised base which can cater for both Jag and Land Rover.

All three versions can accommodate combustion engines, plug-in hybrids and battery-electric powertrains thanks to the specifically defined modules and structural interfaces that allows extensive adaptability, stretching from passenger cars through crossovers to full-sized luxury SUVs.

It’s out with eight, in with six for the fifth-gen Range Rover. The 4.4-litre turbo-diesel V8 will be dropped, replaced by a new Ingenium 3.0-litre, twin-turbo diesel six offered in two levels of tune and with 48-volt mild-hybrid tech.

This engine is some 80kg lighter than the outgoing diesel V8, thanks to two fewer pots arranged in a single bank and its all-aluminium construction. Both versions – a D300 (220kW and 650Nm) and D350 (257kW and 700Nm) comply with Euro 6d and RDE2 emissions regs, thanks in part to a super-lean high-pressure fuel-injection system and a sequential turbo arrangement that works to heat the catalyst more efficiently.

MORE What to look for when buying a Range Rover Classic

The current plug-in hybrid, called the Si4 PHEV, will continue, although no word yet on whether the outputs from the 2.0-litre-four-plus motors will be eked up from the current 297kW/640Nm. Other powertrains will include a PHEV version of the 3.0-litre turbo-petrol six, currently making 294kW and 550Nm. This engine will be paired with a 20kWh battery and 104kW e-motor for a total output of 397kW and 680Nm.

For customers who insist on petrol power and eight cylinders, they will have the BMW-sourced 4.4-litre twin-turbo V8 making around 390kW/750Nm, which is down slightly on power, but 50Nm stronger than the current supercharged 5.0-litre V8. 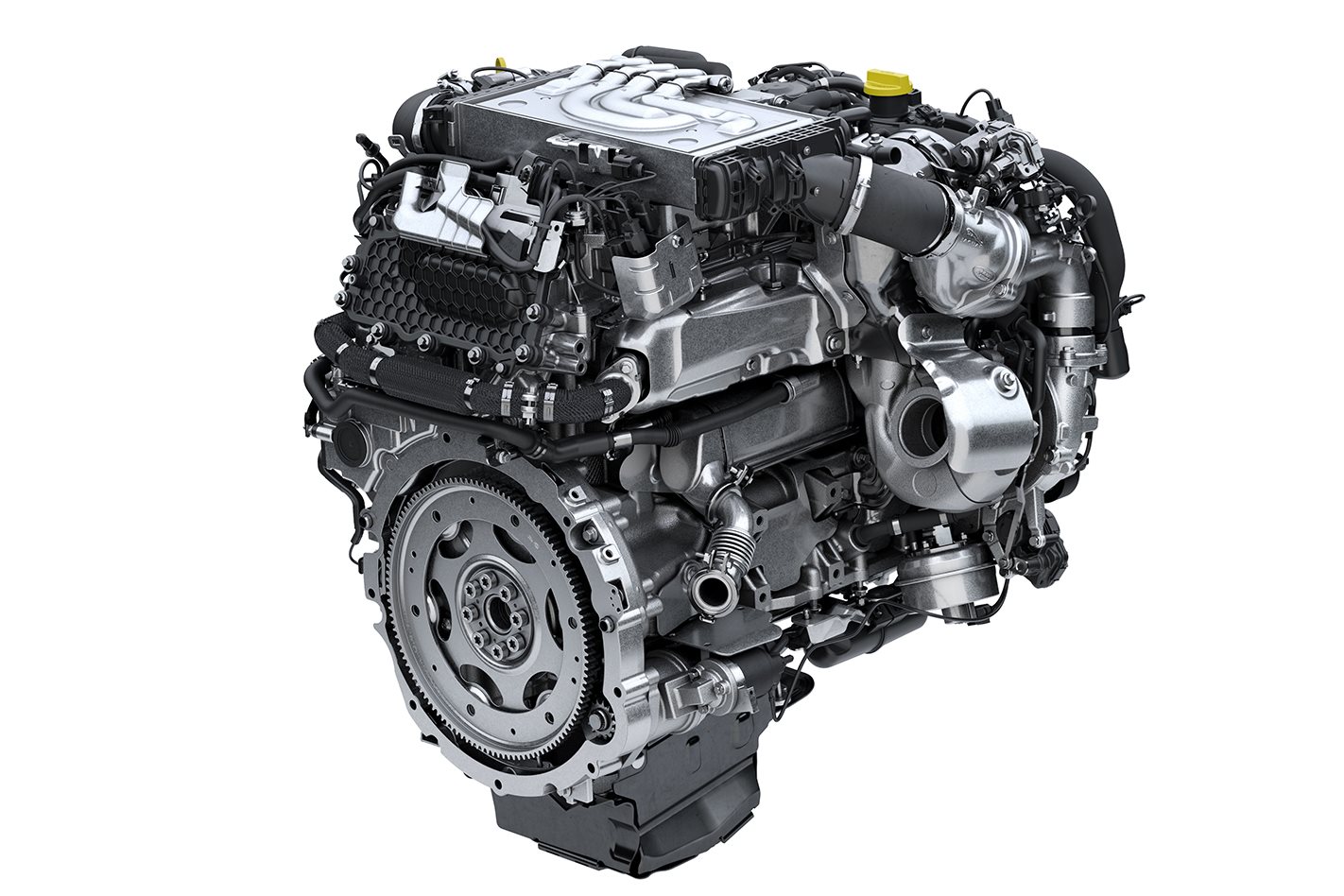 As for a battery-electric Range Rover, it’s a good deal further off than many originally predicted. Our information suggests it won’t arrive until 2027, so it’s safe to assume battery tech will have moved on significantly in the interim.

Expect the BMW-sourced set-up to provide at least a 120kWh battery, with combined motor outputs of 500kW and a monstrous 1000Nm, likely deployed via a two-speed transmission, similar to the unit used in the Porsche Taycan.

JLR vehicle line director Nick Collins is on record as being an EV enthusiast: “On the road, the increased refinement and silent running [of an electrified powertrain] excites me,” Collins has told media previously. “And off-road, you get peak torque at zero revs together with much more accurate control.”

With many of Land Rover’s key export markets either enacting or mulling a ban on the sales of internal combustion engines, some as soon as 2030, progress here is vital.

Gerry McGovern says the fifth-gen Range Rover will become even sleeker, smoother and sexier. “The proportions are to be more contemporary, but the message it relays remains the same: tastefully reduced, understated,” says the chief creative officer.

The camouflaged prototypes recently snapped undergoing cold-weather testing indicate a wider, lower and more aerodynamic silhouette, a more steeply raked windscreen and a more sculpted evolution of the current, slab-sided form. The ultra-luxe, high-profit long-wheelbase version gets its own bespoke rear doors, side windows and roofline.

The traditional split tailgate is retained, as are the vertical louvres in the front guards and the wraparound indicators. The stacked indicators and repeaters – first seen on the new Defender – are also likely to make an appearance on the new Range Rover. There will also a choice of even larger wheel and tyre sizes which currently max out at 22 inches.

Noteworthy tech set to feature on the next Range Rover includes a 48-volt system as an enabler for mild hybrids, air suspension with increased bandwidth, a carbon-ceramic disc brake option instead of steel, electric power steering in combination with Level 2 assisted motorway driving and eyes-off Level 3 in the making, a locking rear diff and the latest Terrain Response 3 off-road electronics. Naturally the connectivity and multi-media will also take a significant leap.

At the same time, the next Range Rover will be more comfortable than ever, offering heated and ventilated active-support massage seats all round, together with adjustable surface heating for door panels and both armrests. Expect an updated and far more responsive touchscreen infotainment system, Wi-Fi, secure vehicle tracking, real-time sat-nav and over-the-air updates.

The goal is sustainable luxury delivering the opulence buyers expect but without conspicuous excess.