Aussie Steve Riley is set to conquer Dakar in a Holden ute.

WHEN we spoke to Victorian dairy farmer Steve Riley back in 2014 about his then-new all-wheel-drive V8 Holden ute, he told us that ultimately he would love to take it to Dakar.

“Dakar would be the ultimate goal, but it requires a huge investment of both time and money,” he said after recently debuting the ute in the Australian Safari.

By Dakar, we’re not talking about the capital city of Senegal in North Africa, but the world’s most gruelling cross-country rally that these days is held in South America. It used to be conducted in Africa after growing from the Paris-Dakar Race, but it shifted continents to South America in 2009 after the 2008 race was cancelled following unrest and terrorist threats in North Africa.

The 2019 running of The Dakar, as it has become known, will be solely in Peru, and Steve will realise his dream of running his Holden there for the first time.

“My dream was always to build my own car and race it in the Dakar,” Steve said. “To take a Holden and complete with it on the world stage.”

Steve recalls speaking with Peter Brock when they were both competing in the Australian Safari many years ago, and says that Brock had a similar dream to run a Holden in the toughest off-road race in the world.

A Holden Adventra wagon was built to FIA specification with plans to run in the 2006 Dakar, but it wasn’t completed in time. The plans switched to the 2007 race but they never made it to fruition after the racing legend was killed in a tarmac rally in Western Australia in September 2006. 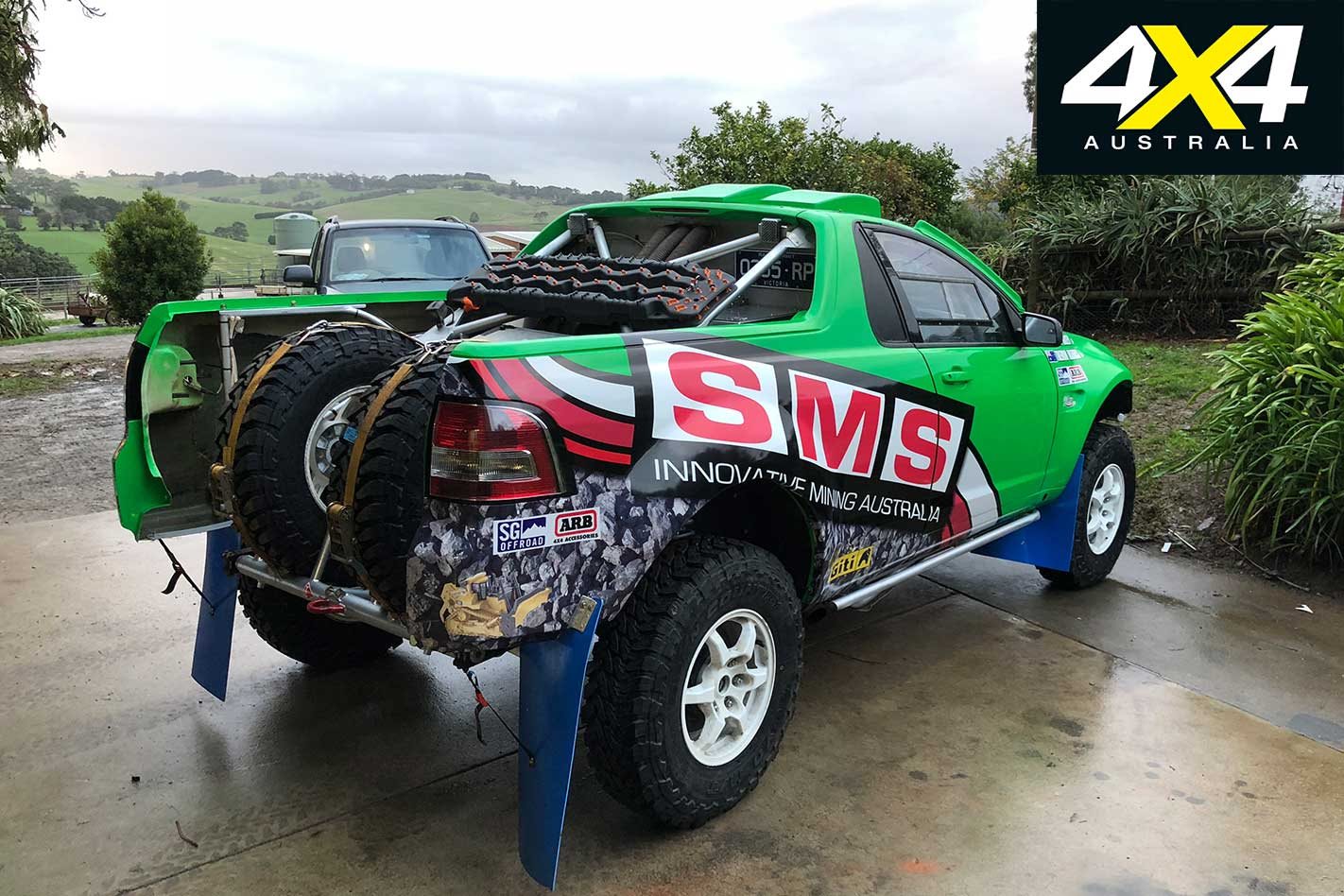 When it takes to the start line in Lima on January 6, Riley’s ute will be the first Holden to compete in the event, but it won’t be Steve’s first time. He has competed in the Dakar twice before, co-driving with fellow Australians Geoff Olholm in 2011 and Adrian Di Lallo in 2013, finishing in both occasions. He also has 20 Australian Safaris and countless other rallies under his belt, but now it’s the Dakar that is in his sights.

The ute has undergone a major refresh to take on the world’s best Rally Raid teams in the Dakar. This was with the intention of competing in the Silk Way Rally earlier this year, but when that event changed location – while the ute was already on the water heading for China – Steve was forced to change tack. It now sits in Perth, from where it will undergo further testing this month before it is put back in a shipping container and headed for Peru.

The ute is powered by a 6.0-litre GM LS V8 engine that is good for around 500hp, but to meet the FIA specification a 37mm restrictor plate has to be fitted in the intake to regulate power.

“It’s still got plenty of grunt in the bottom end, but it runs out of puff in the higher revs,” Steve said of the fresh combination. The engine has been-dyno tested in this trim and Steve says it will suit the sandy stages in Peru. 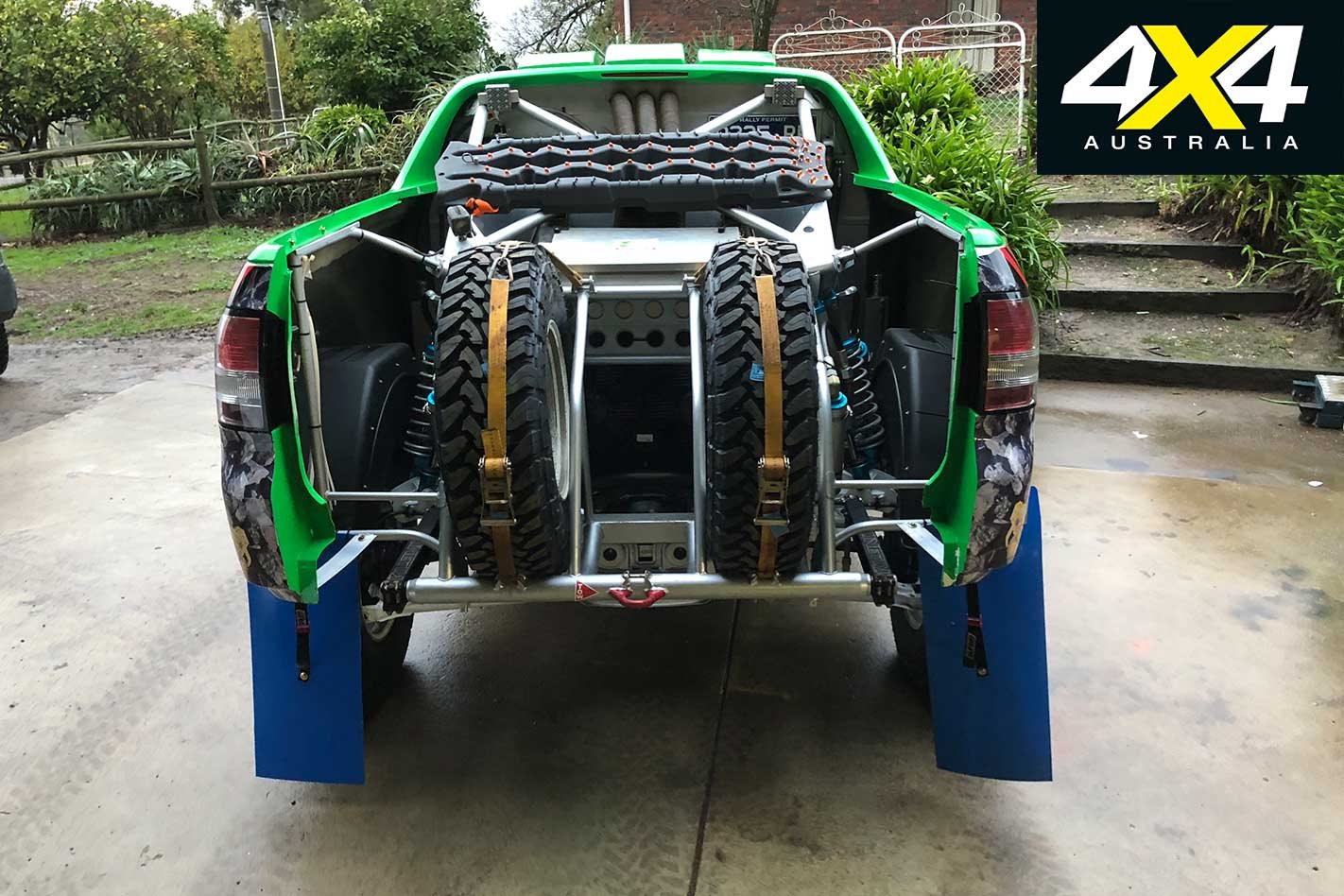 The engine is backed by a durable Hollinger gearbox, and the 4x4 transfer case can be operated in 2WD, full-time 4WD, locked 4x4 high range and 4x4 low range. The suspension is fully independent and features state-of-the-art componentry.

The home-built ute will need the best of equipment to compete with the likes of the X-Raid Minis, Overdrive Toyotas and ex-works Peugeots that will have former Dakar and world rally champions at their controls.

None of this comes cheap and Steve enjoys the support of sponsors SMS Mining Services, GiTi Tires and South Gippsland Offroad-ARB, each of them helping to get the team to the line in Lima. There’s also a dedicated team of mechanics and helpers, as well as co-driver Trevor Hanks, all putting in to make it happen.

The 2019 Dakar route will start and finish in the Peruvian capital of Lima and will cover 5000km of harsh terrain over 10 special stages in 10 days, from January 6 to 17. 3000km of the rally will be on sand.

The only Australian to ever win the Dakar, Toby Price, will again be competing on his factory-KTM motorcycle. Could Steve Riley become the first Aussie to take the title on four wheels?