Ford Australia desperately wanted to offer a warranty-backed 500kW Mustang Roush locally, but Australian Design Rules (ADRs) have now killed off any chance of the supercharged V8 Pony galloping into its dealerships.

Government red tape comes as a second blow for the manufacturer and its dealers still reeling from the loss of the turbocharged six-cylinder and supercharged V8 Falcon models. A third upper-cut comes in the form of local outfits Herrod Motorsport and Mustang Motorsport, who are able to offer ADR-compliant kits of a similar specification due to slightly different testing procedures for OEM and aftermarket.

The Roush Performance Stage 3 supercharger kit was already tested by Ford Australia at its You Yangs proving ground in Victoria more than one year ago, with approval from its Dearborn headquarters to provide a full driveline warranty and allow dealers to fit the $54,990 Mustang GT with what would be known as a ‘performance package’. 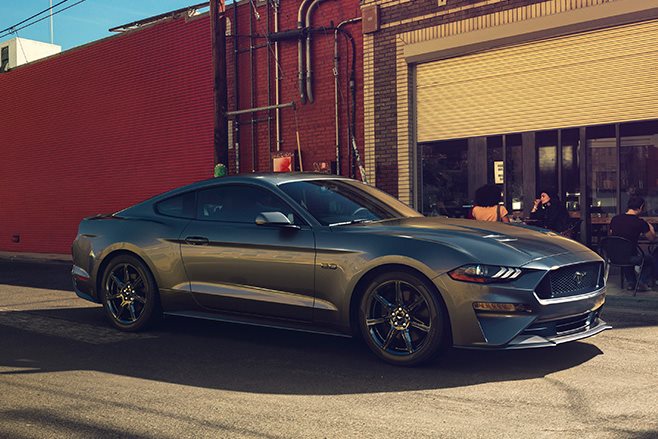 The US $7000 kit – excluding fitting – takes the 5.0-litre naturally aspirated V8’s power from 306kW to a supercharged 500kW, or 670 horsepower in the old money. That could have been a neat $10K in our coin. Even with a tab for Ford Australia and its service centres, however, the Mustang Roush could now be tackling the $82,990 HSV Clubsport R8 LSA and its 410kW blown 6.2-litre V8. You can imagine Broadmeadows wanted nothing more.

In March 2016, Ford Australia president and CEO Graeme Whickman told Australian media: “I think it’s a fair bet to say that we're looking pretty hard at that [Mustang Roush] and we’re pretty excited. We’re working on it and I feel confident that we might have something to talk about in the coming months.”

But months ticked by and Ford Australia would only, bluntly, say that ADRs were holding up the process.  The company has now revealed that Australia’s drive-by noise regulations shot the Mustang Roush point-blank before it was let out of the stable. 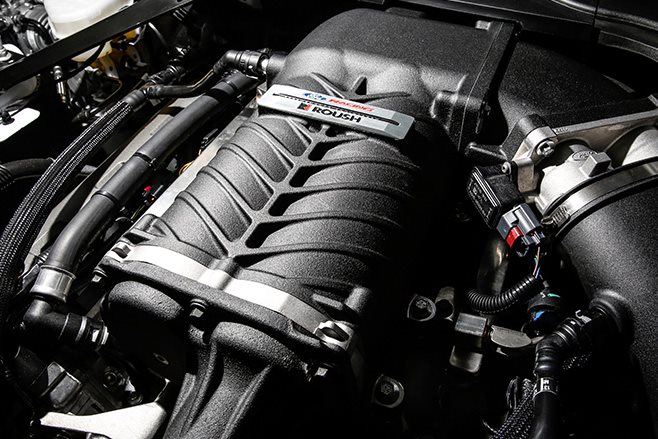 “We investigated the supercharger … however we have to offer the same level of support and service whether [owners are] driving a Mustang straight off the showroom floor, or looking to personalise it,” a Ford Australia spokesperson told MOTOR.

“We have to ensure that any additional parts available to fit Mustang through a Ford dealer integrate properly with the rest of the vehicle in an effective way, and that they meet the stringent standards that are set for OEMs [Original Equipment Manufacturers].”

Notch up the last part of that quote as a cheeky stab at ADRs, which must meet a harsher set of rules than third-party importers adding separate tuning kits to an already purchased vehicle. The spokesperson confirmed that noise regulations were the only problem. 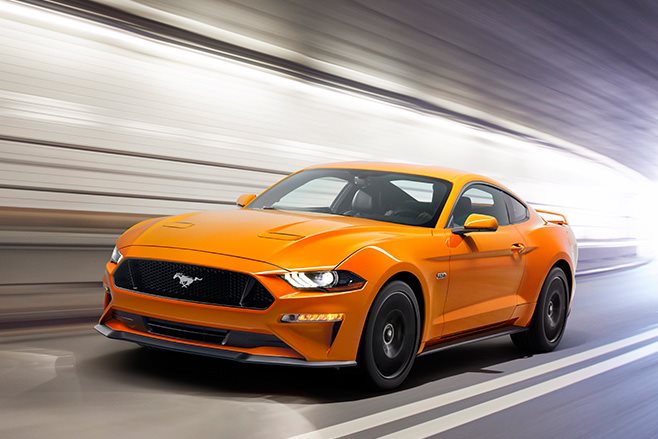 “If we cannot ensure that a particular part meets the regulations demanded of an OEM, we won’t be able to satisfy the criteria that people expect from a brand-new, factory-backed vehicle, and won’t put that part onto the car.”

So while the supercharger kits are warranty-backed and ready for Ford’s local dealers to fit, ADRs are forcing buyers towards Herrod Motorsport and Mustang Motorsport to fit the parts for the same result. Go figure.