Ford Australia has blamed Australian buyers for its decision not to import the spiritual replacement for the Falcon XR6 Turbo, a 2.7-litre twin-turbo V6 sedan called the Fusion.

Speaking at a media event this week in Melbourne, Ford Australia president and CEO Graeme Whickman confessed that the Michigan, US-made version of our European-built Mondeo was not considered due to projected low demand.

The forced six-cylinder produces 242kW of power and 475Nm of torque, which closes in on the discontinued 270kW/533Nm 4.0-litre turbo Falcon and could eclipse it for outright performance thanks to its all-wheel drive traction. 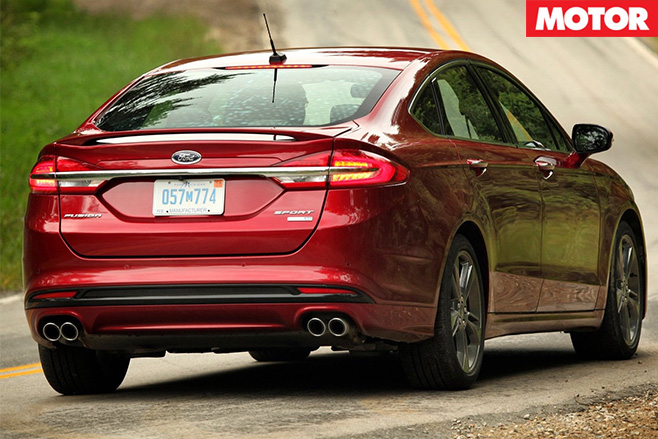 Asked whether Falcon fans could have an interest in driving the twin-turbo Fusion, Whickman replied: “They [Falcon fans] may have an interest, but at the same time we’re looking at our line-up and making sure the complexity isn’t too much.”

“You have to make sure you have the demand to support the business proposition, and the demand is quite small,” he added, before comparing demand for a performance four-door sedan to that of Ford’s iconic two-door coupe.

“As opposed to the Ford Mustang where we will be number one or two in the world for right-hand drive in the world. I understand [Mondeo] is not a V6, it’s an I4 [inline four-cylinder], and maybe that’s something that they’re searching there. 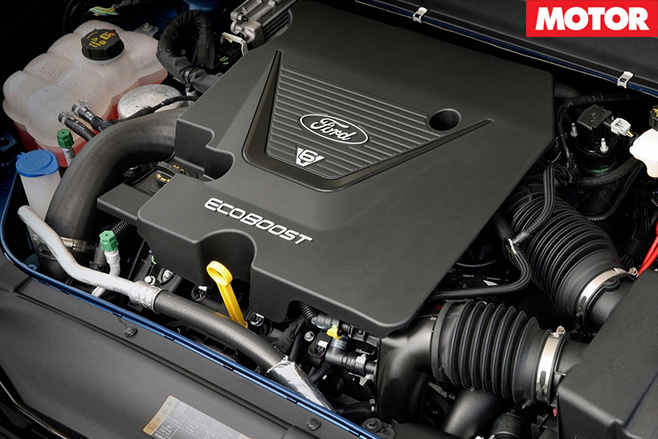 “If they want [a performance version] maybe they go to Mustang, but it’s a little bit of a challenge for us and our range because we’ve been loading it up over the past 12 months, vehicle after vehicle, and at some point you have to be careful about how many derivatives.”

When it was indicated that V8-engined Commodores now represent over one-third of the Holden’s volume, and that might suggest there is interest from buyers for a fast four-door, Whickman explained that the large car segment now represents around 3.0 per cent of the market. The four-cylinder medium class Mondeo is in represents 7.0 per cent.

“One-third potentially of that [large car] segment, at most, so 1.0 per cent … think about the viability,” he said. 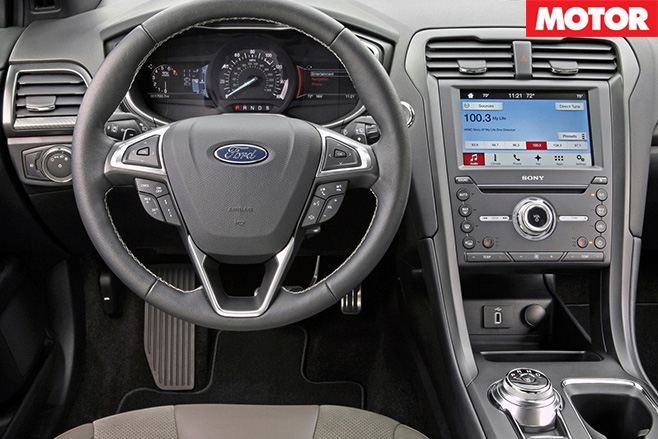 But the boss of the company refused to say that the Fusion was not available to Ford Australia if they wanted it. Even a name-change from Mondeo to Fusion “does represent an opportunity if we felt it was important.”

“When we thought about this we didn’t think the Mondeo versus the Fusion was going to be a polarising positive or negative,” he added.

Only the US-built Fusion is available with all-wheel drive and the twin-turbo V6. Our European-sourced Mondeo continues to be a 2.0-litre four-cylinder turbo petrol or diesel proposition, as is available in Australia.