HERE in Australia we’ve been lusting after a bit of SRT Hellcat goodness. We know the current Challenger and Charger models will never officially be built in right-hand drive, but we do get the full-fat Chrysler 300 and the Jeep Grand Cherokee SRT performance models – either of which would make a nice home for the Hellcat’s 707hp supercharged 6.2-litre V8. 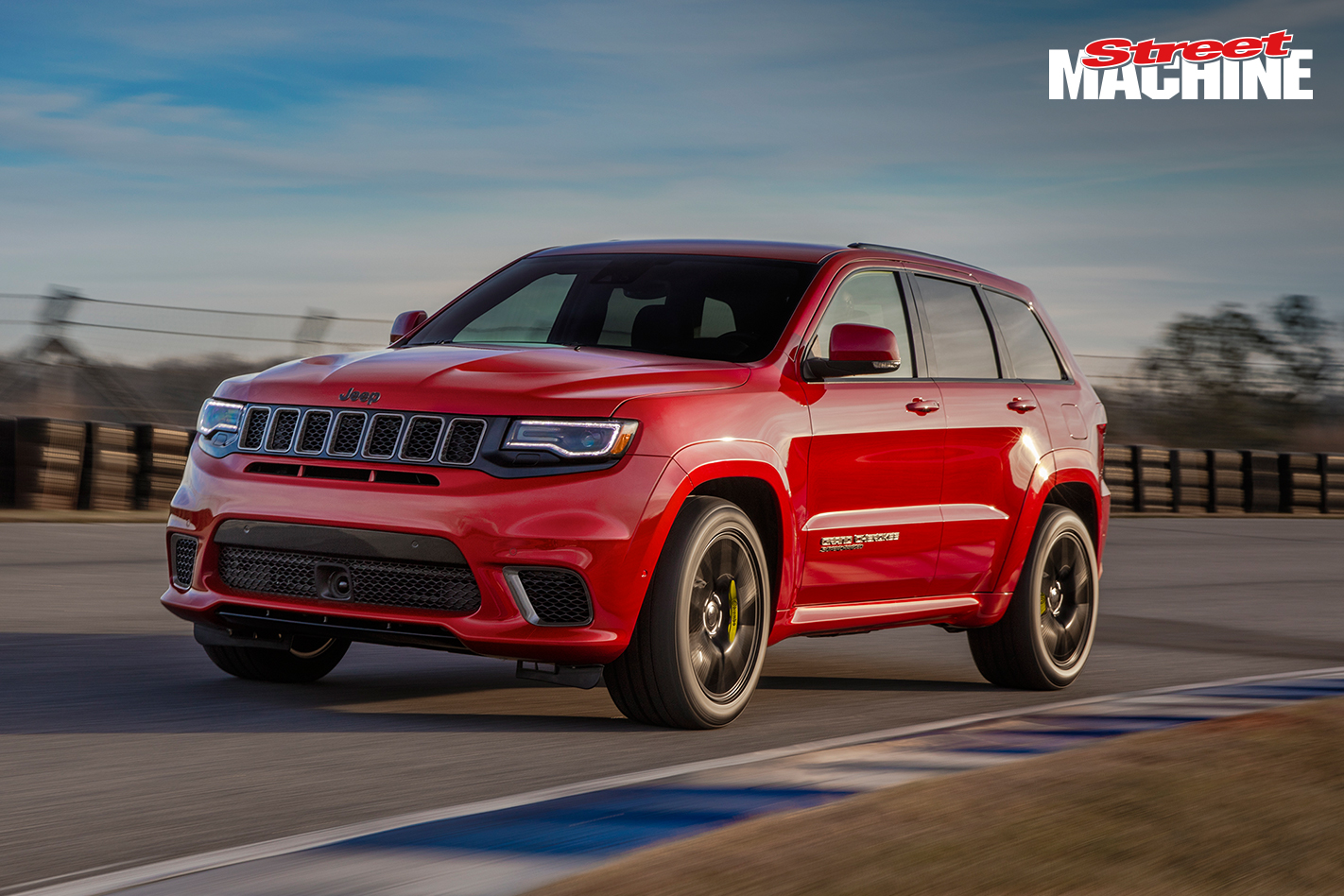 Enter the new Jeep Grand Cherokee Trackhawk – a Hellcat-powered monster that right now is the most powerful and quickest production SUV on the planet. The numbers are enough to rattle your brain: 0-100km/h in 3.6 seconds, 0-400m in 11.6 seconds, a top speed of 200mph – and it weighs 2433kg. It’s the stuff of engineers’ wet dreams. 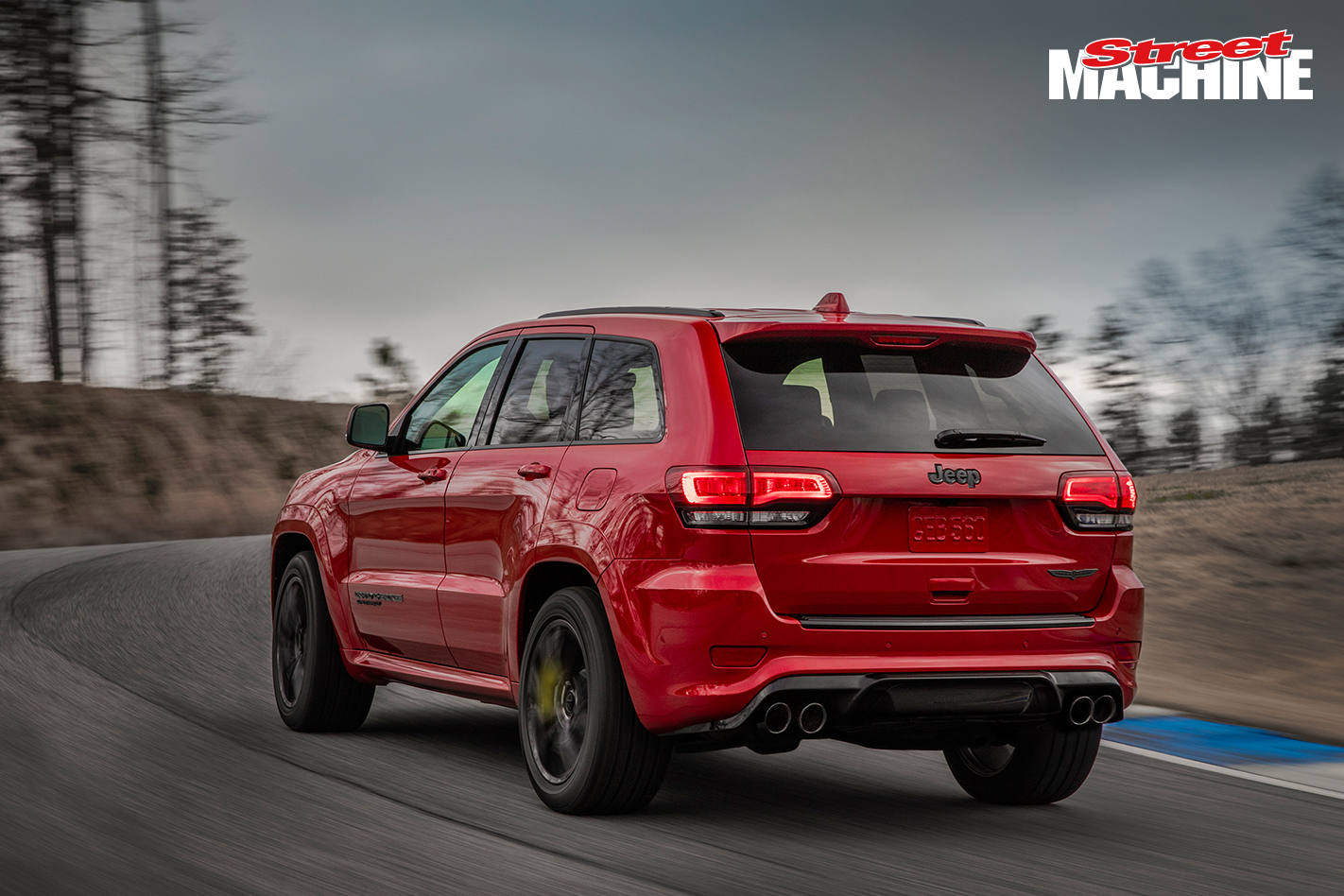 Now that all of those insane numbers are out of the way, let’s talk about that engine for those who might be unfamiliar with the Hellcat V8 or been stranded at sea with their mate Wilson for the past few years. It’s a 6.2-litre cast-iron donk, stuffed with forged aluminium pistons, forged rods, and water jackets between the cylinders for improved cooling. The heads are alloy and feature hollow-stem sodium-cooled exhaust valves. 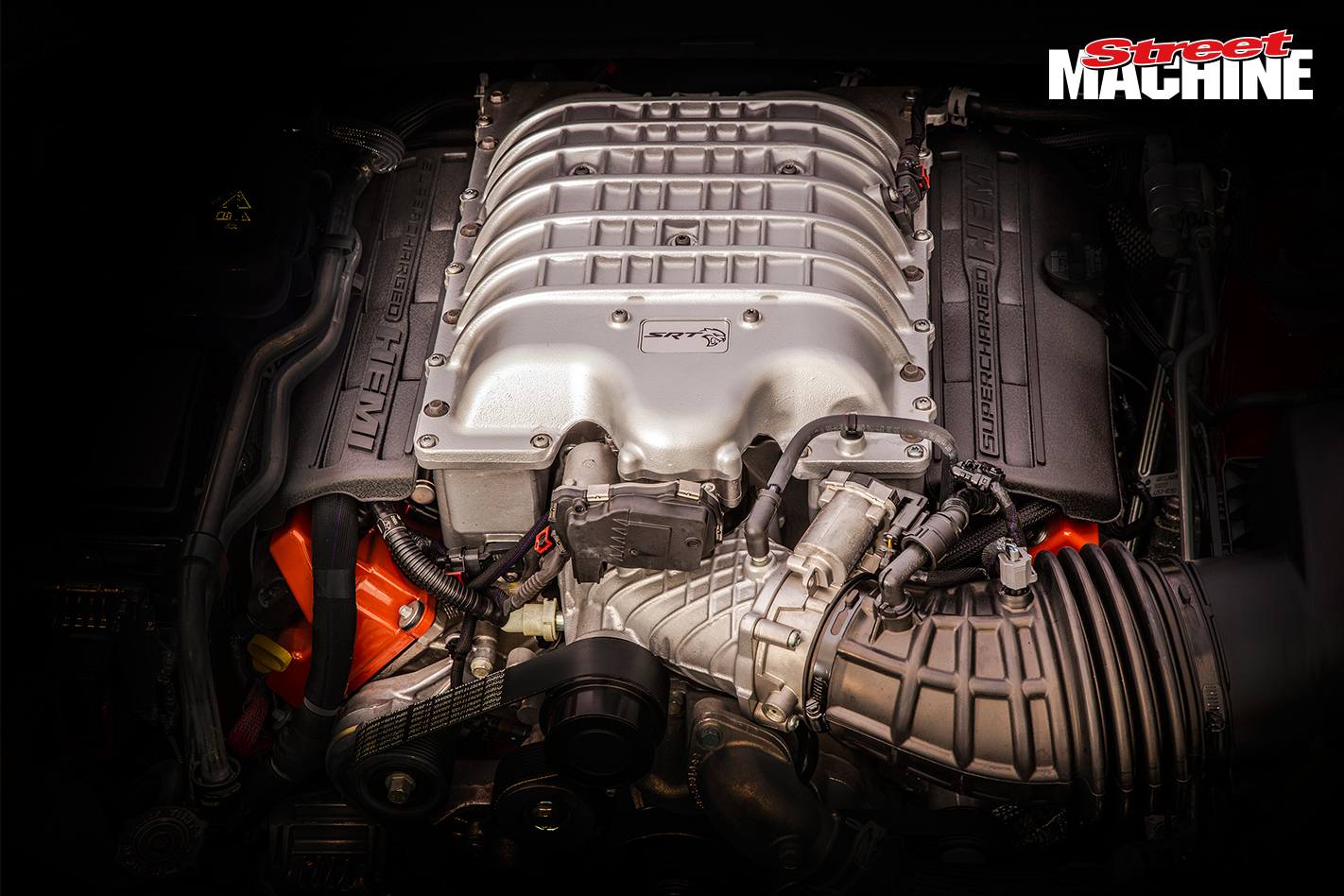 This is all stuff that you’d normally only find in race engines, and it’s part of the reason why the Hellcat motor outpunches pretty much everything Europe has to offer and also why these motors can happily be pushed to near 1000hp with basic engine mods. Oh, it’s also topped off with a twin-screw 2.3-litre supercharger that runs a tickle under 12lb of boost. The peak numbers are 707hp and 874Nm.

Sending power to all four wheels is an upgraded eight-speed torque converter auto with paddle shifters, which can also be found in the Challenger and Charger Hellcats. 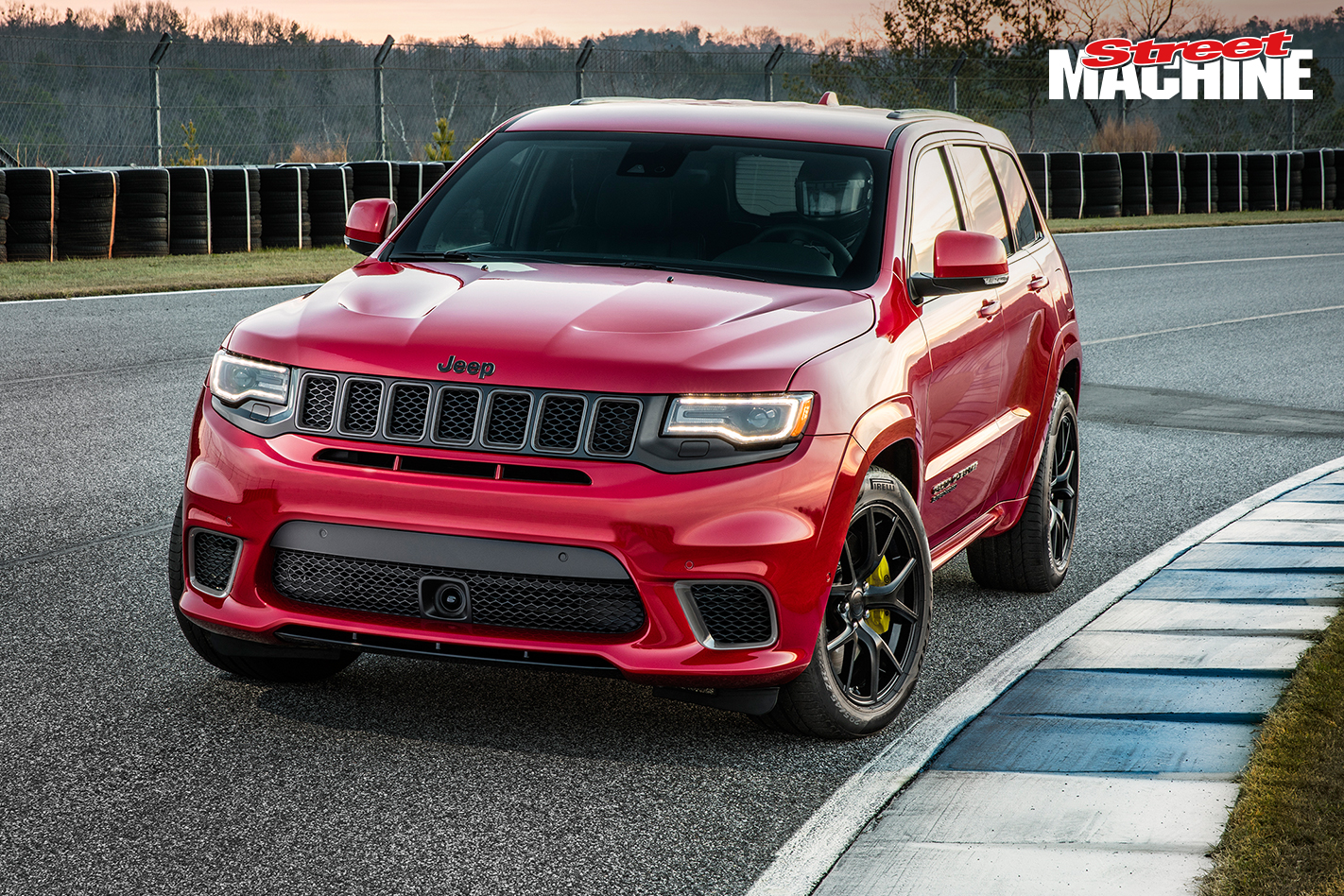 Like those models, and the 6.4-litre SRT Jeep currently on sale in Australia, the new Trackhawk features a bunch of different driving modes that alter the car’s personality. They range from Auto through to Track, with other modes like Tow and Snow. In the most aggressive Track mode the auto can shift gears in 160 milliseconds, which is about half the time it takes you to blink an eye – yes, it’s very fast. Each mode alters the torque-split settings for the all-wheel drive system. Normally it’s 40-60 front-rear, but in Sport it’s 35-65 and in Track 30-70 for maximum sideways action. Can you imagine drifting a 2433kg SUV with 707hp? That sounds like a bloody good time. They’ve even slotted in a stronger electronically controlled limited-slip rear diff. 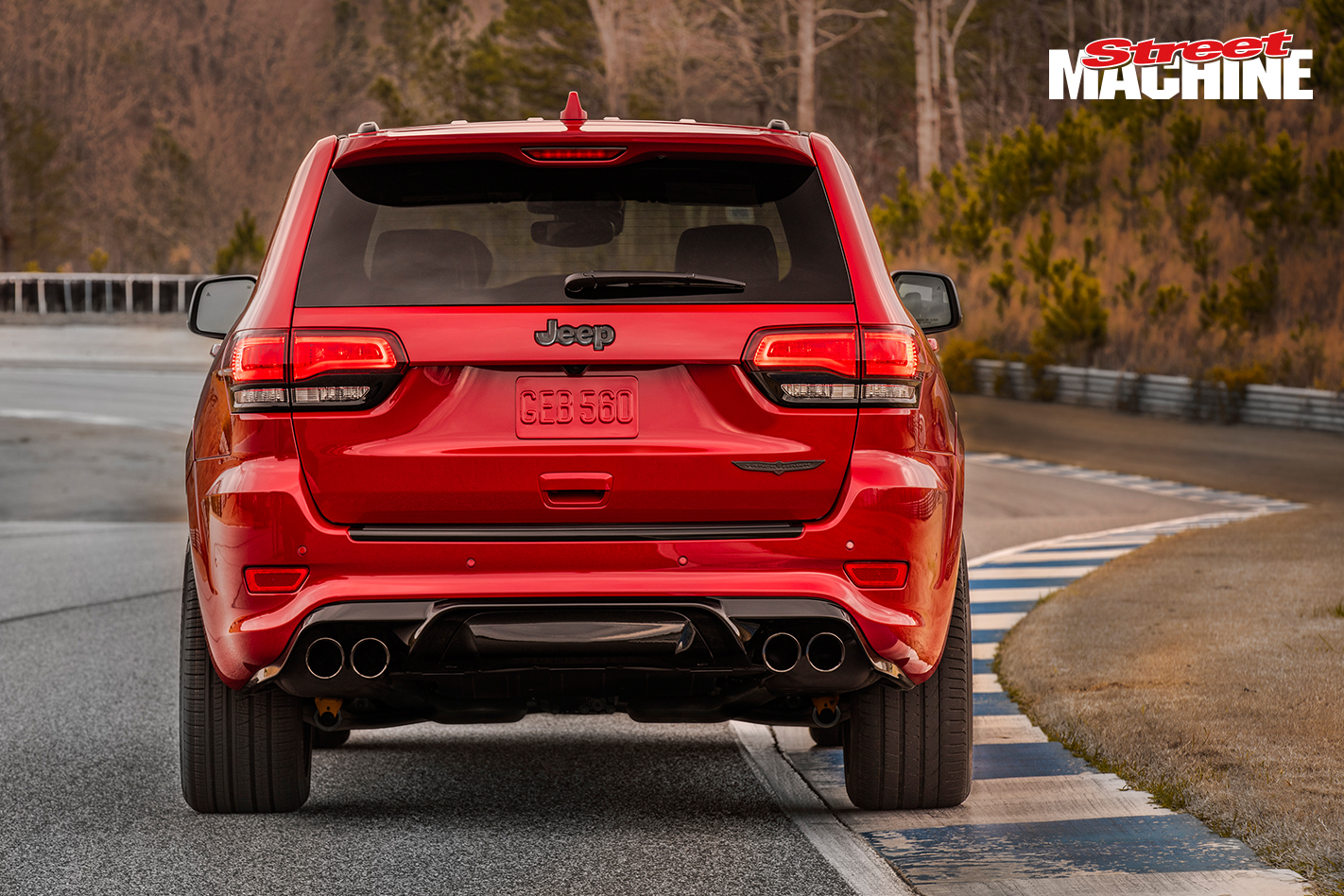 The drive modes are also linked in with the suspension, so it can be stiffened up when you’re getting rowdy at the race track or softened for cruising on the road with the family. There’s even a Tow setting that’ll control pitch and yaw movements. 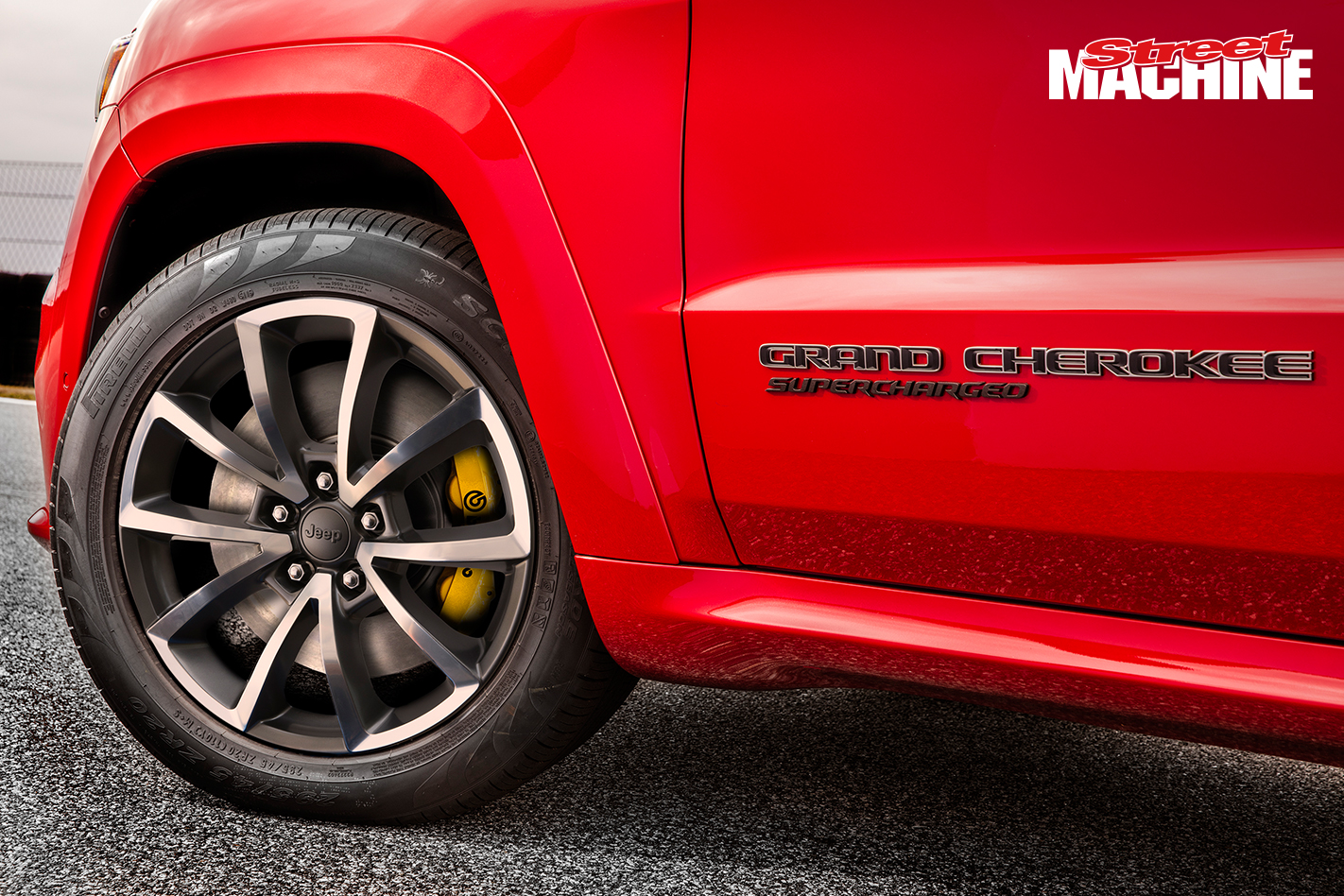 As you’d expect, they’ve also beefed up the brakes. The Trackhawk is packing mighty 400mm two-piece vented discs up front with six-piston stoppers and 380mm rears with four-pistons. Jeep reckons it’ll stop from 100km/h in 36m – just don’t try it with the kids in the back after a big bowl of Froot Loops. It also comes with big 20x10-inch wheels all ’round, and there’s even the option of lightweight forged alloys that save 5.5kg over the Trackhawk’s standard shoes. Tyres are 295/45ZR20. 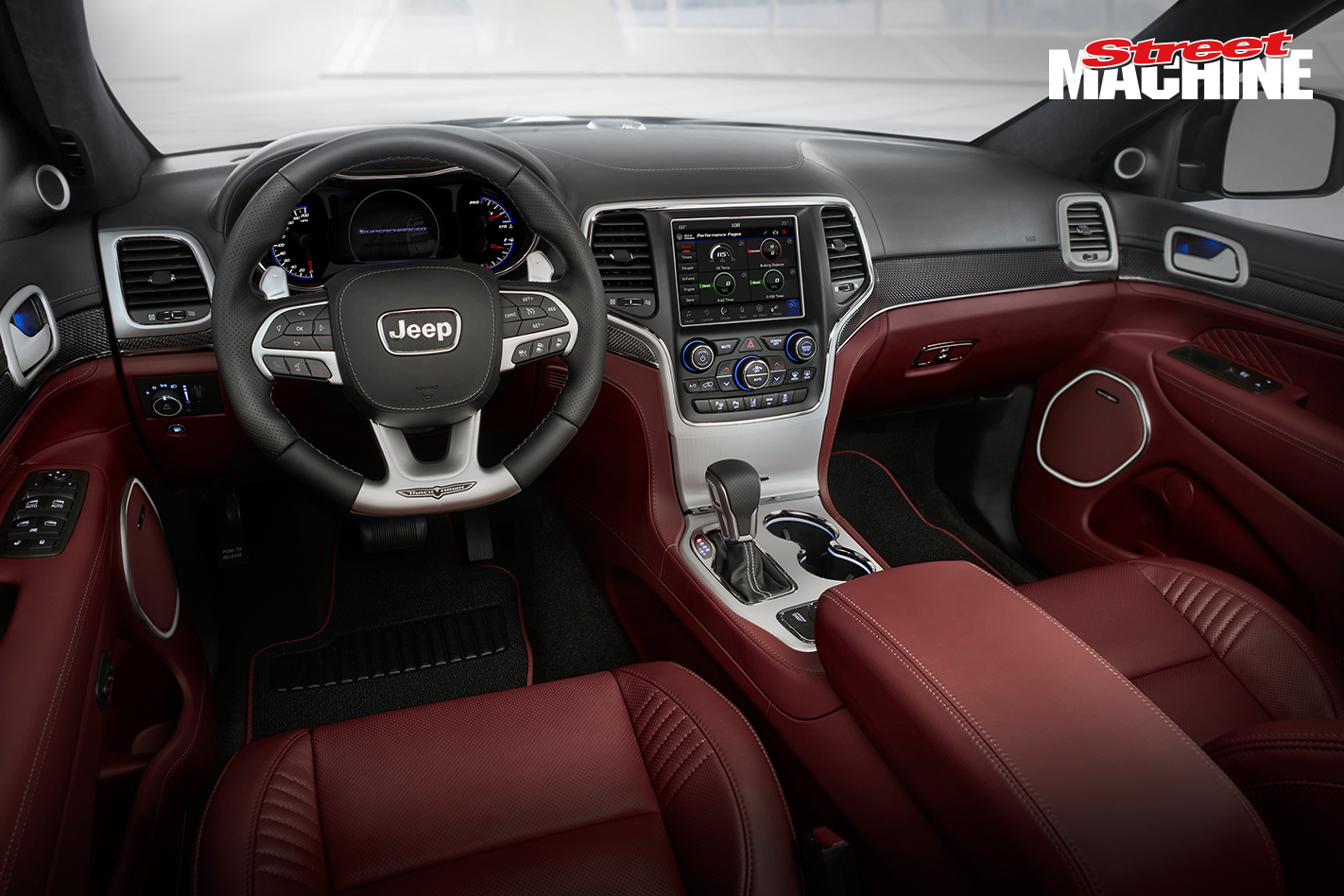 Indoors there’s not a whole lot new over the current Grand Cherokee SRT, though there are some cool gizmos integrated into the eight-inch central touchscreen. There’s a bunch of performance timers and gauge readouts in there, the coolest of which is the engine dynamometer screen that measures instantaneous horsepower and torque. You can even save your readouts onto a USB. 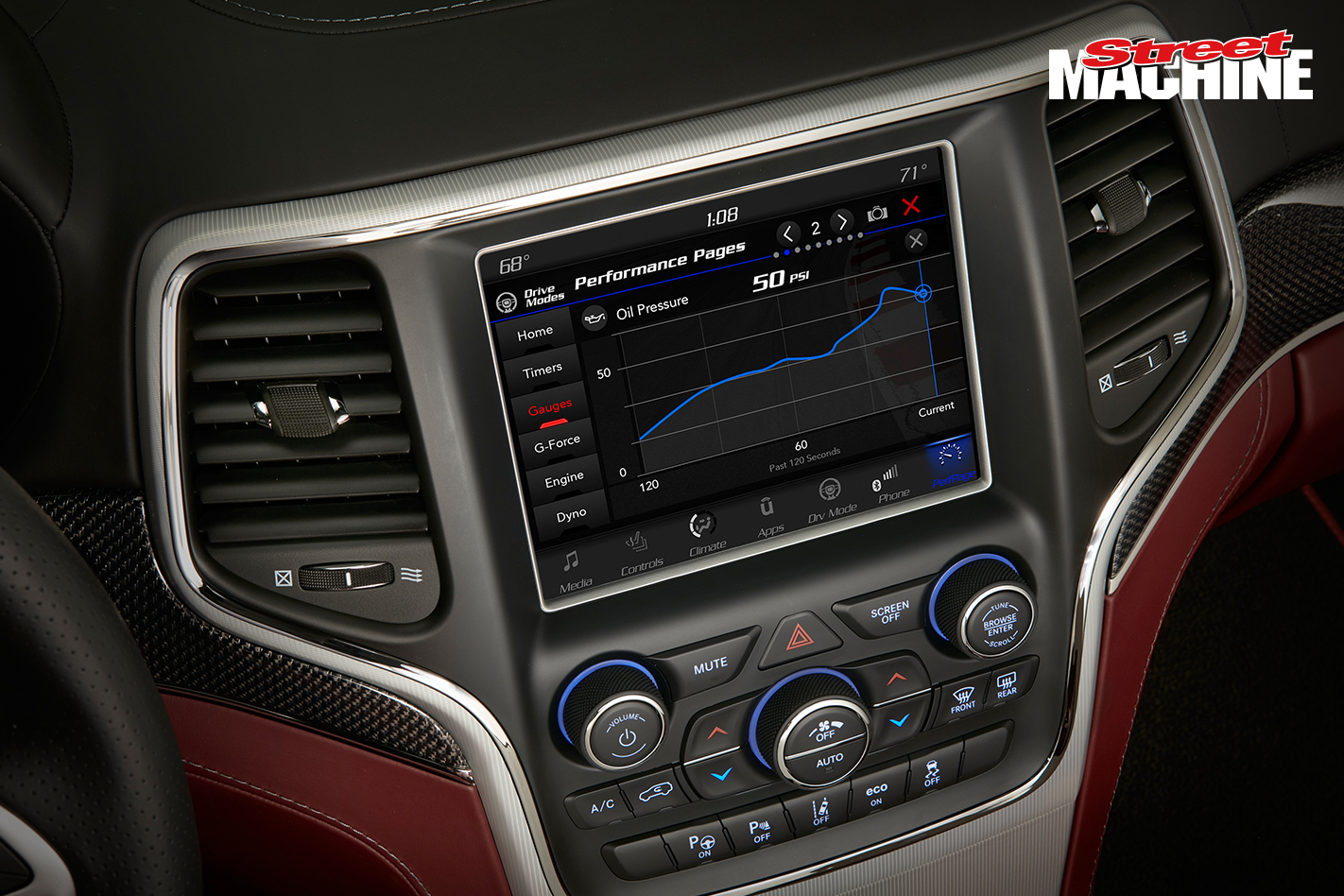 Other cool gear includes Apple CarPlay and Android Auto functionality, and there’s a banging stereo with 19 speakers and two subwoofers for the tunes. 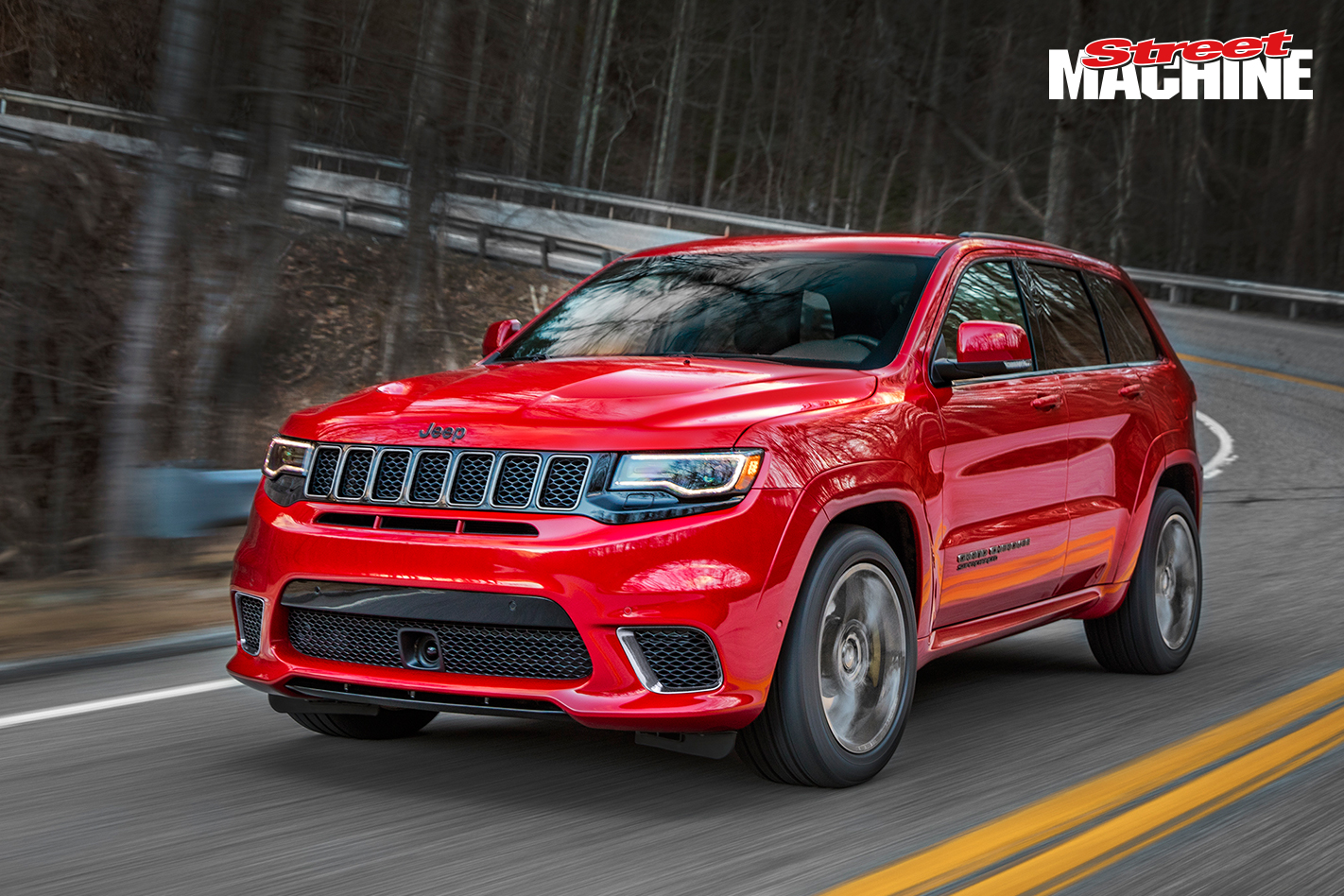 Jeep is yet to confirm whether the Grand Cherokee Trackhawk will make its way Down Under, but word on the street is the local HQ is pushing hard to get it here. If – sorry – when it goes on sale here, it’ll cost upwards of $100,000. 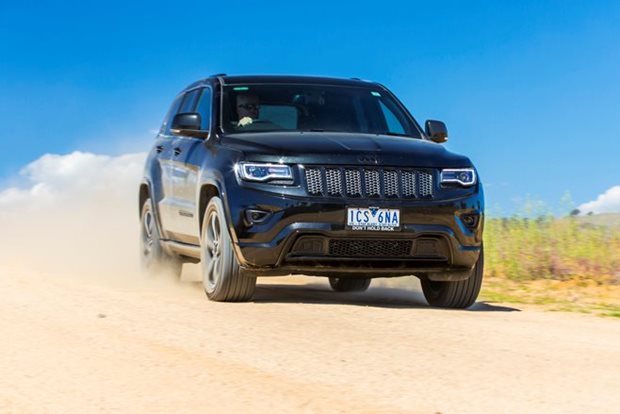