In terms of things that you don’t expect while attempting to v-max a Bugatti Chiron at nearly 500km/h, getting all four wheels off the deck has to be pretty high up the list.

But, that’s exactly what happened to Andy Wallace while he was attempting to crack 300mph in a modified Chiron early last week. 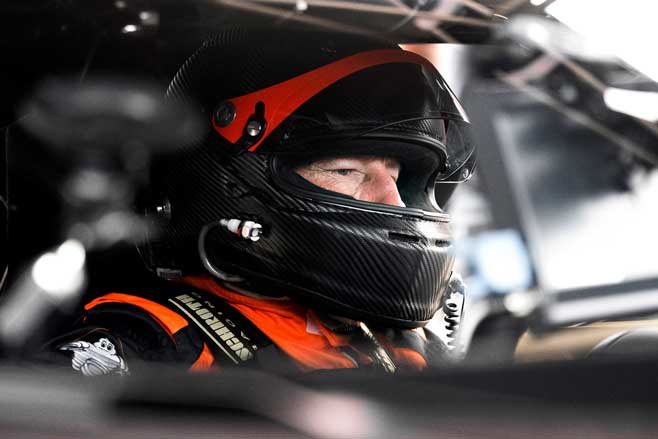 Speaking to Wheels, Wallace recounted how he went airborne in a modified Chiron during his 490.48 km/h run at the Ehra-Lessien test facility.

“That was until they looked at the data, and they realised that it actually is a jump. This occurs at 447km/h on that fast run.

“It goes from a nice smooth surface, to an older surface. It felt to me inside the cabin that it was all coming off the ground and then coming down.” 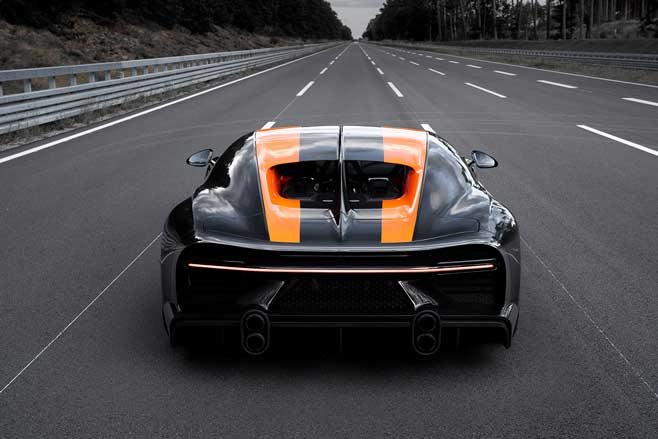 While Wallace knew full well that the ‘ramp’ would be in his way for each of his record attempt runs, there was nothing he could do about it but keep his foot firmly planted in the firewall.

“You know that surface change is there, and after you have fired yourself off the banking, and the numbers are coming up, you kind of brace yourself for going over this jump,” he explained.”

“You can’t lift though. In fact, lifting makes this much worse, because then you get a pitch change at the front and it gives you a whole heap of trouble.

“You are far better off staying flat, which means there is not much you can do about it, you just go with it and hope it is alright.” 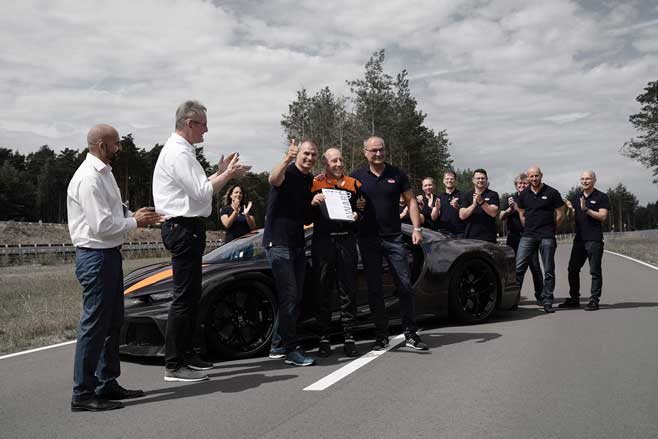 Surprisingly, that isn’t the first time Wallace has achieved lift off in one of Bugatti’s million-dollar hypercars.

“The Chiron has always been really good when I have been on the road and gone over something where I have left the ground,” he explains.

“It always comes down really square down on four wheels, it never does this pitching back and forth. Just up then down, which is quite useful in this case.”

How about that, eh? Someone get Robbo on the phone.