Bugatti has broken the elusive 300 miles per hour speed barrier and registered a 490km/h run during testing of a new prototype Chiron.

Germany’s Technical Inspection Association has verified the run and although it does not stand as a top-speed record, since it was registered in one direction, it easily trumps Koenigsegg’s 284.55mph (457.9km/h) one-way run with its Agera RS and Hennessey’s 270.49mph (435.3km/h) one-way run with the Venom GT.

The achievement reportedly is the result of six months work shared between Michelin, Bugatti and Dallara’s top engineers. They’ve reworked the Chiron in a number of ways, mainly by lengthening it from 4.54m to 4.79m. It’s basically a Chiron long tail.

The active rear wing’s been replaced with a static unit that helps the prototype split through the air. Meanwhile, the rear bumper's been redesigned to stretch the rear diffuser. This should help the underbody contribute more downforce. It’s also got a new set of exhaust pipes. Four, in fact, split into pairs.

Clearly, the ride height’s been dropped. Photos reveal the longer Chiron hugs the ground to divert more air over the car. The car’s 8.0-litre W16 quad-turbo engine was also tuned to 1176kW to help it cleave through mounting air resistance.

The all-wheel drive system and driveline are reportedly left standard. 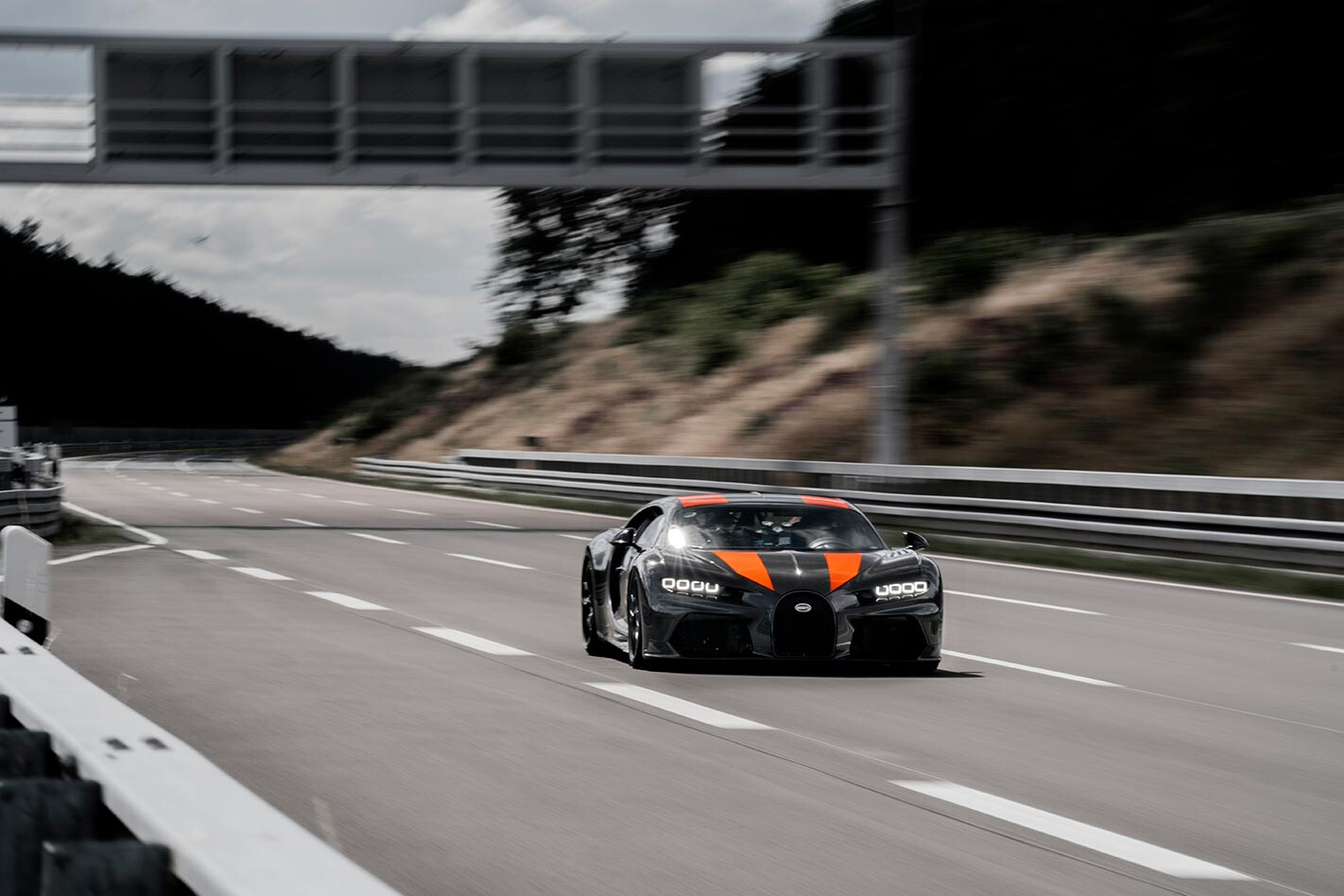 Stephan Winkelmann told Top Gear that this will be the last of Bugatti’s top-speed pursuits for a while. “We have shown several times that we build the fastest cars in the world. In future we will focus on other areas,” he says.

UPDATE 02/09/2019; 2146: Bugatti has told us the run was conducted only in one direction for 'safety', with more details due this Wednesday, and that the prototype will bear a series production vehicle — announced at a later date.

*This article first stated the Koenigsegg Agera RS peaked at 444.6km/h and the Chiron's output was 1160kW. Both have been corrected.