A SIX-POT revival could be on the way for Aston Martin, with the British marque confirming that it is taking a serious look at transplanting Mercedes-AMG's box-fresh turbocharged 3.0-litre inline six into its sports cars.

It'll be a return to the brand's roots. Between 1950 and 1969, all of Aston Martin's road cars were powered exclusively by inline sixes, with the classic engine configuration surviving in the company's product portfolio until 1998 with the DB7 the last model to carry an engine with fewer than eight cylinders. But now thanks to Aston's technology partnership with Daimler – parent company of Mercedes-AMG – there are six-cylinder options on the table once again.

Just launched in Europe, the Mercedes-AMG CLS 53 is the first vehicle to make use of Benz’s performance-oriented 3.0-litre turbocharged inline six, and it's this powertrain that is generating substantial interest in Aston's engineering department. 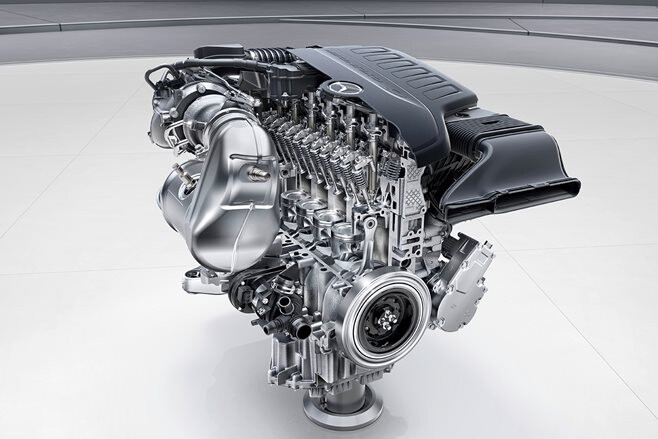 “I've driven it,” Aston Martin's chief engineer Matt Becker revealed to Wheels. “We got to drive one in Stuttgart at their test facility a few months ago, and it's a very impressive engine for sure.

“With emissions regulations going where they're going and getting harder and harder, we have to consider all powertrain options, and we are considering six-cylinders for the future. Previous Astons have had six cylinders – a long time ago – but I think with CLS 53 (below), the engine that has is a very complicated and clever engine and it's something that could fit with the brand in the future.” As to which model could take the six-pot powerplant, the most obvious candidate is the company's most accessible model: the Aston Martin Vantage.

Becker confirmed that the Vantage's engine bay is large enough to accept a V12 (which also raises the possibility of the return of a V12 Vantage flagship), so squeezing in an I6 shouldn’t present too many challenges. Even so, some work would remain for Aston's engineers. 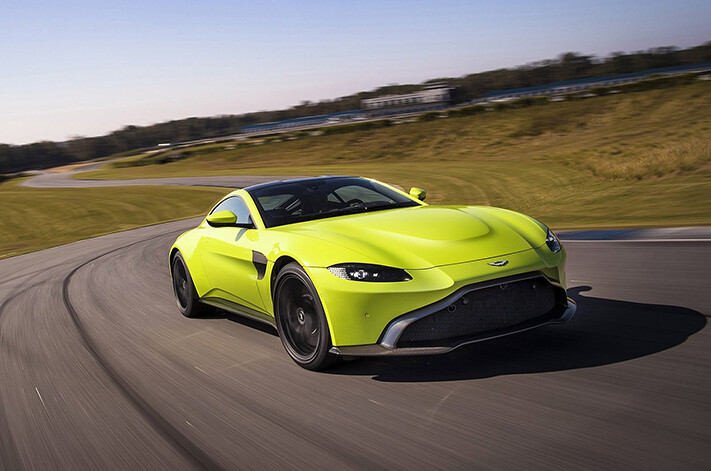 “Any AMG engine we take we still have to massage,” Becker said, indicating hardware like engine mountings, exhaust routing and ancillaries like heat exchanger plumbing would all need to be tailored for an Aston application.

An Aston-developed ECU tune would also be applied, but not necessarily to generate greater numbers than the CLS 53's 320kW and 520Nm.

“We would not necessarily play with the power and torque curves,” Becker explained. “Mercedes develop those to a point that we have to adhere to. Ours is more about the calibration of throttle travel relative to acceleration, and calibration of the engine to suit our mass and gear ratios – all of that has to be tuned.” 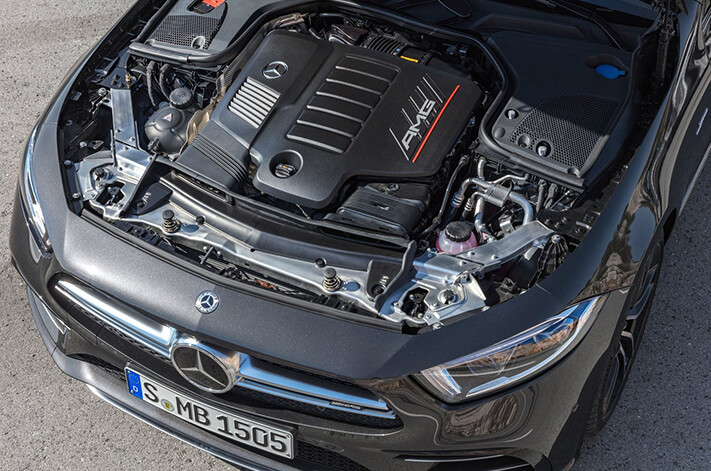 “For example, the AMG GT uses a seven-speed double clutch while we've got a ZF eight-speed auto, but our ratios are different to their ratios, so the engine calibration has to change accordingly.”

With that in mind, assuming Aston Martin takes the same state of tune as the CLS 53, the AMG inline six would offer 55kW and 165Nm less than the 4.0-litre twin-turbo V8 that powers the just-launched Vantage. The implication there is that a six-cylinder could slot in beneath the V8 as a more affordable entry point to Aston Martin ownership.

An alternative scenario is that it could take the place of the V8 later down the line as a response to tightening emissions legislation, with only a modest bump in power and torque required to bring it to similar levels of performance as the V8.

As to when we'll get to see which situation plays out in reality, that's yet to be decided.