Launched this week ahead of the 2018 F1 Australian Grand Prix, the Aston Martin Vantage has big expectations to live up to.

With pricing starting from $299,950 plus on-roads, it lines up with a few rivals in its segment. “It’s defined by a very bold new way of designing the car, and the performance of course is exceptional.

“I’ll come out and say that this is the new 911 hunter. And that’s me sticking my neck out.” The Porsche weighs 80kg less, but hits a slightly lower top speed of 309km/h, where the Aston has another 5km/h to go.

But Nilsson wasn’t the only one ‘sticking his neck out’, Aston Martin’s design boss Marek Reichman said at the launch that the Vantage is “a hunter,” and also suggested the same prey for it.

“It has a very low nose, not just because it’s hunting that 911, but also because of aero,” he said, running us though his design reasoning.

At the back of the Vantage, it was much the same. 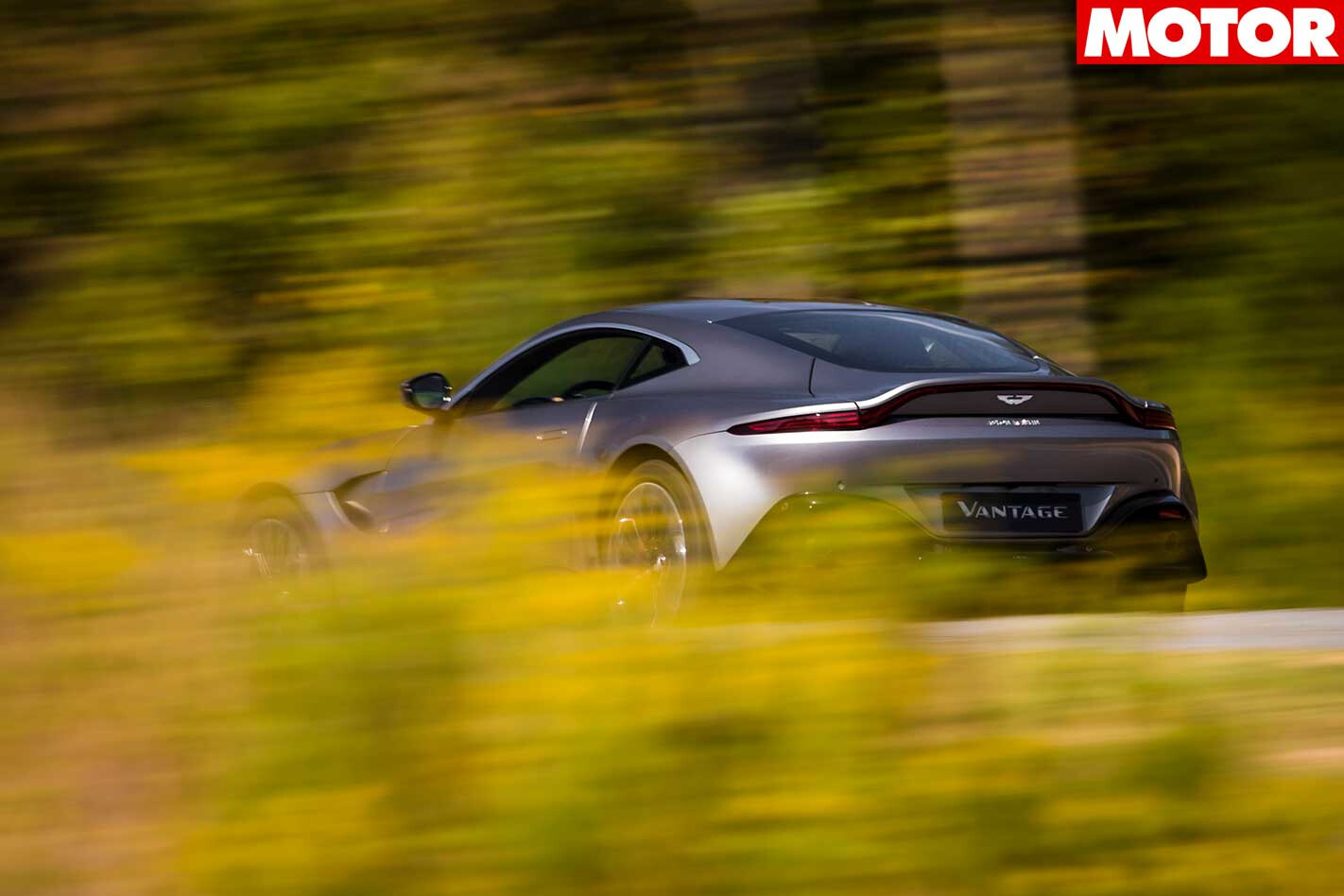 “Just as we had that hunter at the front of the car, searching for the 911, the view that all 911 drivers will get is the back of the car as it’s gone by.

“Like the front of the car, we’re repeating the ‘S-curvature’ so when you’re half a kilometre to the rear of this car, when the lights come on you’ll know it’s an Aston Martin.”

The Vantage is due for Australian deliveries in Q3 2018, but is available to order now.