Far as supercars go the Audi R8 isn’t the most boastful choice.

But that’s changed with Audi’s release of the ‘V10 Plus selection 24h’ special edition. It’s been created in a hat-tip to the firm’s career in customer GT racing which has seen it rack up 323 race wins, three at the gruelling Nurburgring 24 Hours.

While the R8 LMS Ultra and LMS pioneering this success are heavily based on the road R8, as all GT3 machines are on their road going counterparts, you’d think Audi would borrow a bit of the racecar’s magic for this run of 24 cars. 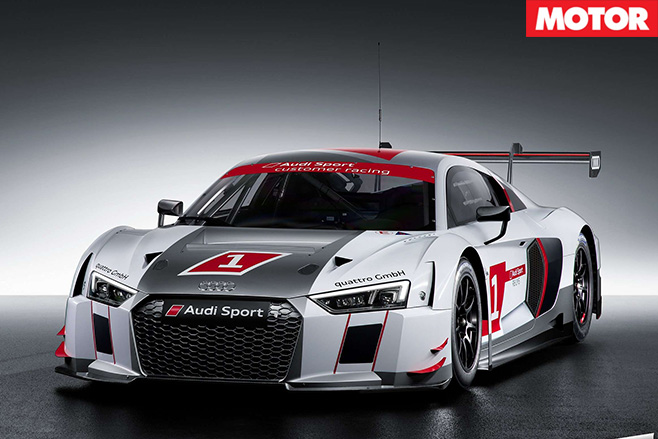 Unfortunately that’s not the case. The Audi R8 Selection 24h harbours the same 449kW 5.2-litre V10 within its chassis as the Plus variant, matched to a seven-speed dual-clutcher. So it’ll still crack on to 100km/h in 3.2sec and 330km/h if given enough road.

Where it differs from regular R8s is its dress, which has been styled to mimic the theme worn by the current Audi Sport cars with a white, grey, black colour scheme highlighted with red. 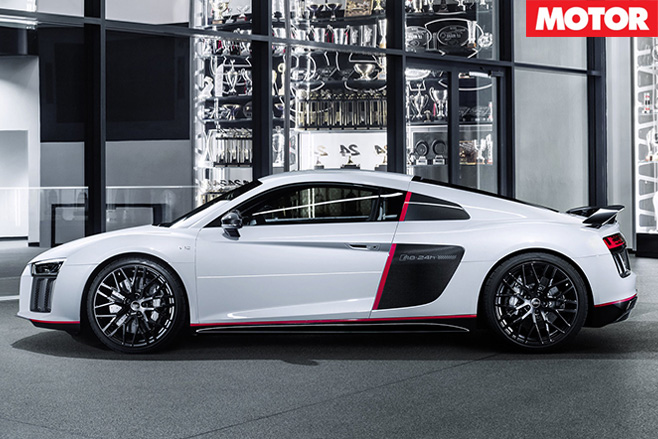 Peer at its side-intake pods for instance. Their edges now sport the same red highlights as the racecar. And the front lip, side skirts, and rear diffuser are matched in gloss black.

Helping to bolster its exclusivity will be ‘R8 24h’ logos projected by the door’s paddle lamps, printed on its side pods and stamped throughout its interior, while a plaque saying when your R8 selection 24 rolled down the line in comparison to others will do the same. 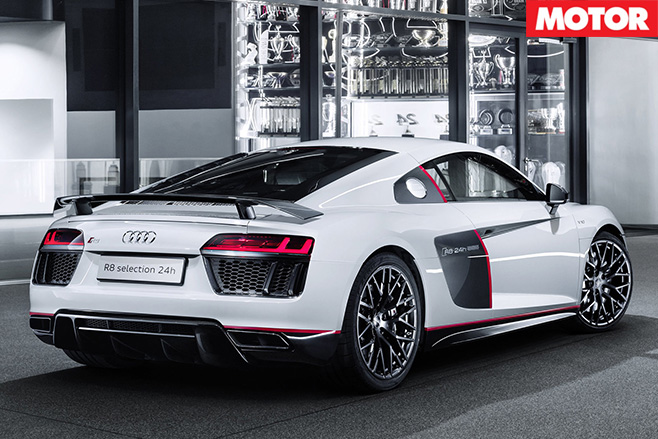 Adaptive magnetic dampers, dynamic steering, and laser lighting Audi’s made standard on the car will boost the value of this special edition’s 229,000 Euro ask (AU$354,900) as will its carbon-fibre diffuser, wing, front bumper, and engine cover.

As mentioned just 24 examples will be built. But unless you plan on moving to Europe to own one there won’t be  a chance to drive the selection 24h here, as all will be in left-hand drive.