It seems weird to celebrate news we can go fast as we want at the Nurburgring Nordschleife.

However that’s exactly what racers and punters will do following confirmation the track will lift speed limits instated last year in response to a fatal racing incident.

Last March a Nissan GT-R Nismo GT3 left the track airborne to land on and kill a spectator. In response a speed limit of 200km/h was set on approach to the famous Flugplatz crest, while a 250km/h limit was placed on the Dottinger Hohe straight, Antoniusbuche and Schwedenkreuz until measures were taken to shore up the safety of these areas.

During winter extra fencing was added, spectator zones were reviewed, and sections of the track repaved. The 500m of track surface around Flugplatz and Quiddlebacher Hohe were particularly focused on. 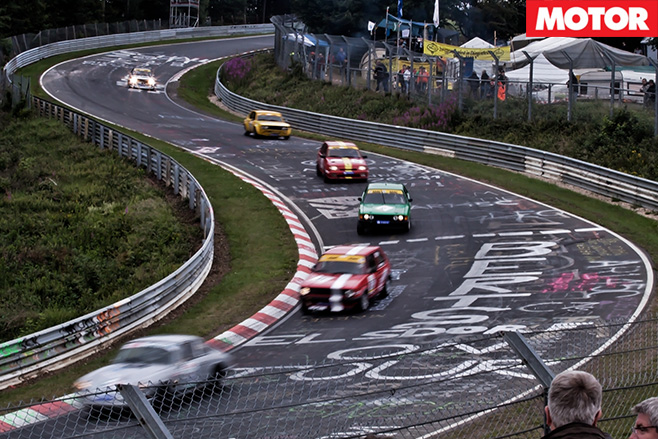 After inspecting these changes earlier this month, the International Automobile Federation FIA and German motorsport association DMSB have allowed the ’Ring to banish those limits to the history books.

“With these safety measures[...] we have created the prerequisites for an exciting racing season that will hopefully see no accidents, and we are glad that the speed limits are finally a thing of the past,” said Manfred Strack, head of the Nürburgring’s event management, in a press release.

The changes now open the track to full-throttle racing just in time for the first VLN race due to take place on April 2, while also allowing manufacturers chasing lap records to return again.

Koenigsegg was famously denied the opportunity to stamp its mark on the Nordschleife last year by the limits just as it was readying its One:1 hypercar.

Now, it’s open season on the throttle, and that’s certainly something to celebrate.